I have always praised the writer Zafar Mairaj in particular for his practical approach and the fact that this drama always had the right messages. But unfortunately this ending reminded me of drama serial Sangat. This last episode also reminded me of drama serial Khaani but the big difference was that while Mir Hadi earned ‘respect’ in jail and his realizations were shown gradually, this ending was too rushed and not the least bit satisfying. The punishment Hajra chose for Rehan did not go well with the practical approach the writer had right from the start. In the end it was Hajra’s decision and the reasoning she gave for letting Rehan go did not sit well with me at all. The dialogues covering the role of media were the only good part about this last episode and I also feel that Shayan did not get the acknowledgement he deserved in the end. It all boiled down to Hajra getting validation from the public and winning in the eyes of the media. Hajra and her father once said that they could forgive Rehan but they couldn’t forgive people who killed Gullu Badshah – what happened to that? The opening scenes of this last episode promised a powerful ending but later on the way Hajra gave her own verdict was nothing short of shocking.

The rest of the developments covering the relationship between different characters were pleasing to watch. Since I did not review the second last episode therefore I will also share my views about that in this review.

Hajra and her mother’s scene in the first half of the second last episode was one of the best scenes in that episode. Very often in our dramas, mothers are not shown asking their children (specifically girls) for forgiveness or they feel that they do not need to tell their children how much they are loved. This was definitely one of the nice aspects of this ending.

Throughout, the court’s proceedings were covered in detail and every single scenario was convincing. In this last and second last episode too, everything was covered in detail. Hajra, Shayan and their fathers joined hands to do whatever they could to win the case. Eventually it was the CCTV footage which helped the court make the final judgment. Hajra was quite content with her decision because she was convinced that Rehan Chaudhry did not need to go to the prison but he needed the right guidance from his mother in order to ‘mend his ways’. Since this was Hajra’s decision, one she had taken after the court gave its own therefore everyone associated with her was quite happy with it and even the media portrayed Hajra as the real hero. The role Shayan’s father played was definitely pleasing but wasn’t he the one who got Gullu Badshah killed? I found it really hard to forgive him for that and the thought that Hajra was now going to live in the same house as him was not the least bit pleasing. 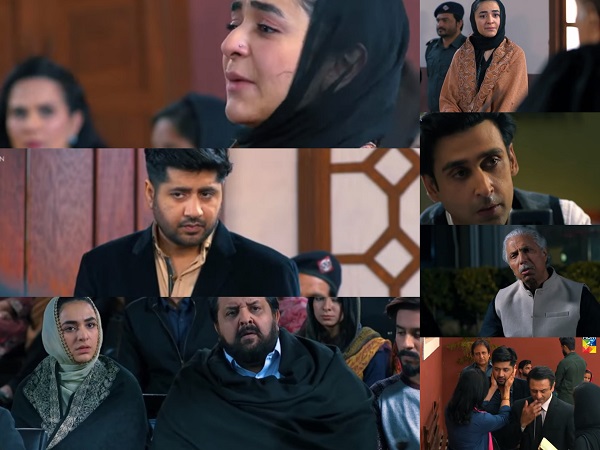 All the actors playing leading and supporting roles did complete justice to their characters. Yumna Zaidi and Rehan Sheikh outdid everyone else, although their track didn’t have the ending most of us wanted to see but they stayed true to their characters right till the end. Imran Ashraf once again chose to experiment and this time around too he made his presence felt especially in the last few episodes. Sami Khan was convincing as the man who loved Hajra unconditionally. I also enjoyed watching Shayan’s growth as an individual. I would have loved to see Rehan behind bars, begging for an apology but that was not meant to be. Munazzah Arif, Noor-ul-Hassan and the actor playing Gullu Badshah’s role performed exceptionally well. The reporters in this episode acted poorly which definitely affected the overall impact of this last episode. Hajra’s decision in the end was the worst part of a drama which I had huge expectations from. The best part of this play was the father-daughter bonding and the way Hajra’s father stood by her side right till the end. Watching Inkaar and reviewing it was always worthwhile but this last episode was a big disappointment.

Special thanks to all those wonderful readers who read the reviews every week and shared their views here. Do share your thoughts about this last episode of Inkaar.