This latest episode of Ishq e Laa yet again focused on both the major tracks in the story. There was not a single scene in this episode that truly stood out and there was a great deal of repetition as well. There were also certain scenes that had done-to-death written all over them. Our writers really need to bid farewell to the nosy and nagging bhabhi characters. Some of the dialogues in this episode were plain therefore these situations were not as impactful as they could have been. Azka’s constant crying also seems like an unnecessary addition to an otherwise decent track. Although so far I don’t find any of the characters too appealing, Shanaya’s character came across as more meaningful in all these episodes but her impulsive decision to give her approval for the proposal was the most disappointing part of this episode. I am sick and tired of watching sensible, confident, and independent women agreeing to marry someone because of such reasons! It is almost as if these women have no other choice, as if staying single for some time is not an option! Azlan is turning out to be a more problematic character than I imagined he would be. Apart from his care and concern for Shanaya, there isn’t much to like about his character.

Azka’s track still focused more on whatever happened in Azlan’s house. She told her brother and he ended up leaving the job only after telling his boss why he was leaving. It is admirable how supportive Azka’s mother and brother are but I really do feel now that this whole thing has been blown out of proportion! Azka told Azlan and should no longer be worrying about the difference in the status since she definitely did not bear that in mind while giving him a piece of her mind! The entire bhabhi episode got a lot of screen time and this was the kind of scenario which did should not have been shown so elaborately!

Shanaya’s mother’s concerns have been the main topic of discussion whenever they are together. It remains to be seen why that is the case. The most important development tonight had to be in Shanaya and Azlan’s track. Azlan keeps you guessing especially when it comes to his relationship with Shanaya. When they were shopping for his mother’s gift, he let her choose it even though he said he was going to make the final decision. When Shanaya sounded worried on the phone, he was willing to meet her immediately. The perfectionist aspect of his personality was reinforced in this episode when he broke the vas. It reminded me of Azka breaking the perfume and being held accountable for it as if she did it on purpose. But that is not how Azlan looked at this situation; he was actually displeased with himself. This also went to show that he didn’t have impossible standards for others only but even for himself! 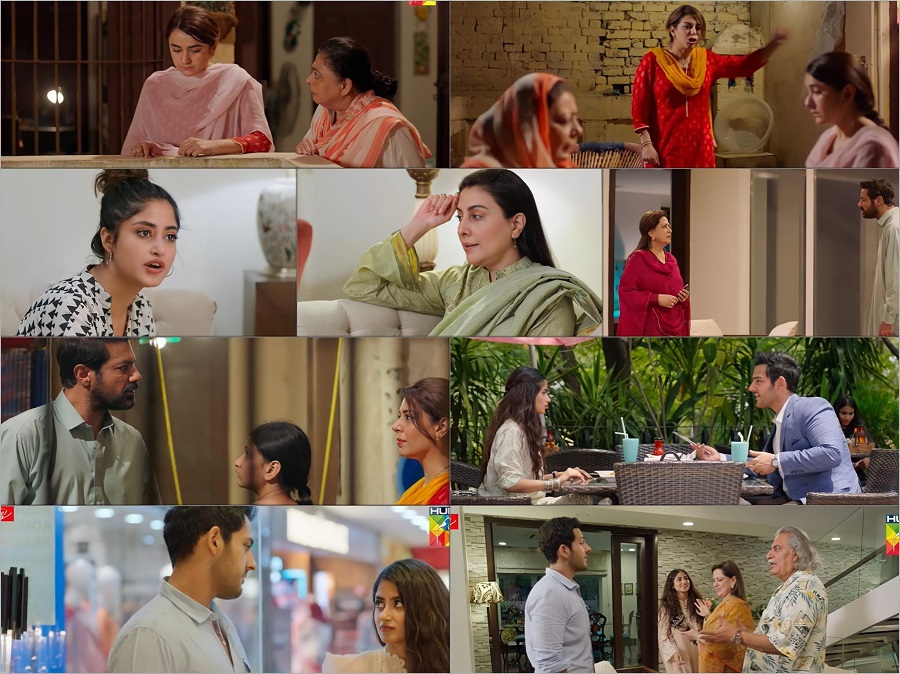 Shanaya’s mother is constantly pushing her to get married and this time around she mustered up the courage to talk to Azlan about it. However, this conversation ended with Shanaya walking away after Azlan made it pretty clear that getting married to her was the last thing on his mind. The scene afterward when Shanaya shared her troubles with Allah and prayed that she wanted to fall out of love with Azlan, was the only scene I felt I instantly connected to. This scene however was followed by one which can easily be termed as a scene that seems to be another constant in most of our dramas! I expected better from someone like Shanaya. Hopefully, her mother will talk her out of it since she has been shown as a wise and sensible lady.

Tonight’s episode of Ishq e Laa had a lot of scenes that could easily have been chopped down. Some of the scenes did not look spontaneous or natural on-screen which made it difficult for me to connect to the situations. However, I am looking forward to finding out where the story is headed and I hope that the drama will get more meaningful and interesting in the upcoming weeks. The outdoor scenes were shot brilliantly once again tonight and the production values are impressive. Honestly speaking, in this episode the mothers played by Seemi Raheal and Laila Wasti impressed me more than any of the leading characters or even actors! Sajal Aly looked absolutely gorgeous in this episode, everything from her outfits to her make-up was perfect but we have definitely seen her playing meatier roles in the past!

Did you watch tonight’s episode of Ishq e Laa? Share your thoughts about it.