Tonight’s episode of Ishq e Laa was a little too fast-paced! Shanaya and Azlaan’s sudden marriage did not make a lot of sense. Azka and her brother’s relationship was one of the most heartwarming parts of this drama but tonight we found out why Kanwal’s toxicity was given so much screen time. Sultan’s decision was not backed by common sense at all, the jhooti kasam came as a complete and utter shock – it was yet another unnecessary addition to this episode. It was also difficult to understand why Azka did not take a stand for herself this time around as she had taken before without thinking about the consequences. The leading characters continue to be more confusing than unpredictable. Even though there are many weaknesses in the script, the performances, for the most part, have been convincing, the execution has been impressive and the pace of the drama has been fast therefore I have not lost interest in it altogether. I am however not too confident that the story will be taken forward convincingly in the future as well. Ishq e Laa’s script continues to be its weakest link so far even though it is not entirely disappointing, it isn’t impressive either.

Right from the beginning, Azka has been caught up in misunderstandings and tonight’s episode covered the biggest one of them all. Azka’s mother’s faith in her and her support continues to be the highlight of this particular track. The character itself and its dynamics are not too appealing, so far. Sometimes she tends to go overboard and at other times she starts sobbing and cannot even speak for herself. The dialogues also do not do justice to this character. If the dialogues communicating Azka’s mindset were detailed and meaningful, her track would have been far more interesting. Her mother’s love for her always wins me over since we rarely get to see such doting and sensible mothers in our dramas. Seemi Raheal has truly done justice to the role, I have been enjoying watching her scenes right from the start. 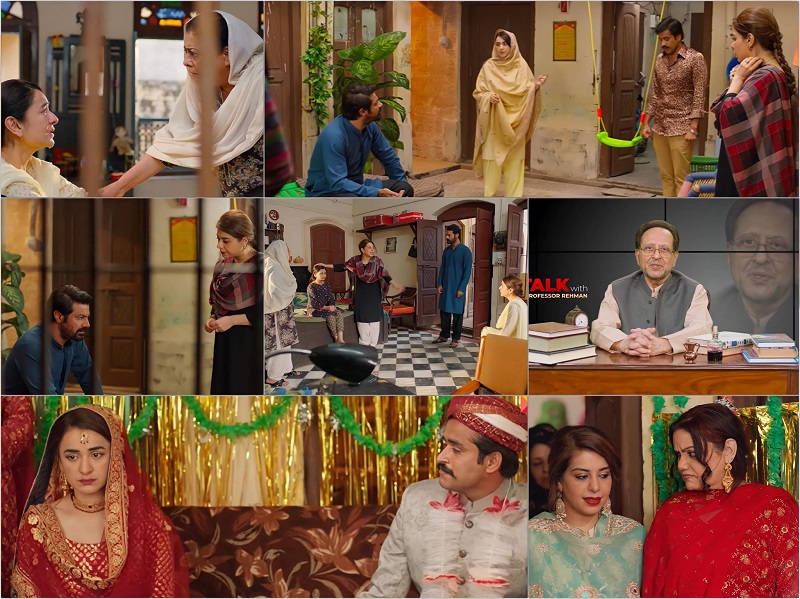 I expected Azka to be more vocal when Abid told all those lies. Later on, when Kanwal decided to take the most dreaded route in order to make this marriage happen, it was understandable that there wasn’t much Azka could say to defend herself. When she had those confrontations with Azlaan she was much more ‘focused’ on saving her izzat but definitely not so much this time around. Sultan’s gherat and his blind faith in his wife were already those traits that were highlighted repeatedly. Therefore, although I was disappointed in him, the decision and his actions actually went well with the character. Also, the professor’s lectures throughout suggested that Sultan’s character was driven more by his ego than anything else. After that qasam, he had no reason to question what Kanwal was saying but he could have easily read the expressions on Azka’s face at the time of the nikkah! Or at least there should have been some degree of confusion, which would have made this entire development more convincing. I am glad that the nikkah did not take place in this episode and I have a feeling that something might have happened to Sultan’s daughter. Hopefully, Kanwal will get scared now and reveal the truth.

Even though Shanaya and Azlaan are clearly incompatible, I am warming up to this on-screen couple and understand why Shanaya in particular feels that she should be with this man. Also, it is good to see Shanaya reminding Azlaan often enough that her career and the life she chooses to live is a priority for her. Azlaan however does not really give up and there was some reluctance and confusion even today since he was the one who initiated all these conversations about their lives and priorities being so different. Even though Azlaan has more faith in himself than any man should and he thinks highly of himself, his attitude towards Shanaya has changed, at least for now! The Azlaan we saw in the first few episodes was relatively different from the one we have been seeing since the previous episode. However, his most toxic trait has to be the inability to include other people in the decision-making process. He decided to get married to Shanaya on a specific day and simply informed her. Although, Shanaya did not have a problem with that she did look overwhelmed for all the right reasons.

There are definitely times when Shanaya does not realize that Azlaan’s controlling nature should not be taken so casually! However, I find it easier to connect to her decisions since she made it clear that she was madly in love with this man even though everything was not ideal. Sajal Aly and Azaan Sami Khan look good on screen. While I find Azaan’s acting pretty decent for someone who has just started acting, I hope that he changes his hairstyle since it does not look good at all and is often distracting. 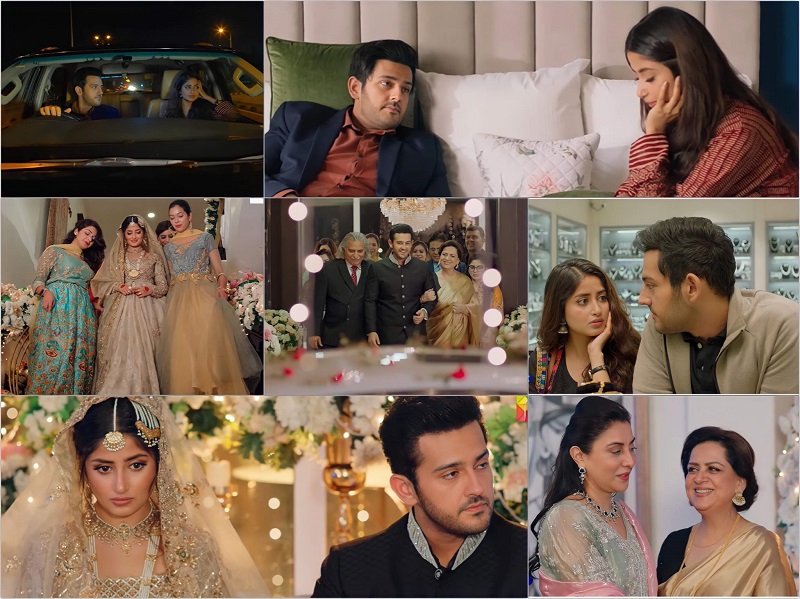 This was a beautifully shot episode of Ishq e Laa which was not too convincing at times but engaging nonetheless. The execution, the visuals, and some of the performances make Ishq e Laa a drama that you want to tune into even though the script so far is not too impressive. I definitely find myself more interested in Shanaya and Azlaan’s track.