A few days ago, a fourteen years old innocent girl Dua Zehra went missing from her vicinity. According to parents, Dua went outside for a daily house chore and didn’t come back. The parents made a lot of requests and announcements about the return of their daughter in extreme grieving condition. 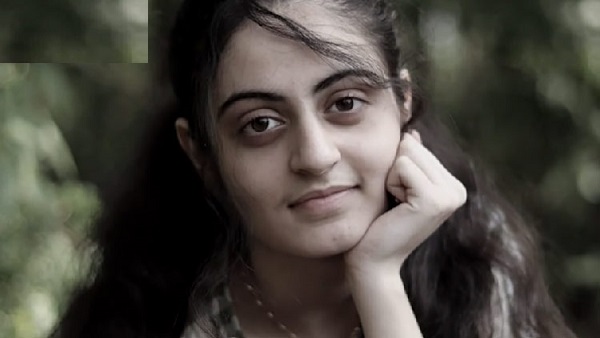 Today, the missing girl Dua Zehra’s details were tracked by the Punjab police. The police department confirmed that the information which they found was about Dua Zehra who is reportedly married to a local Lahori boy. According to reports, Dua Zehra was Nikkahfied with Basit who is 19 years old. 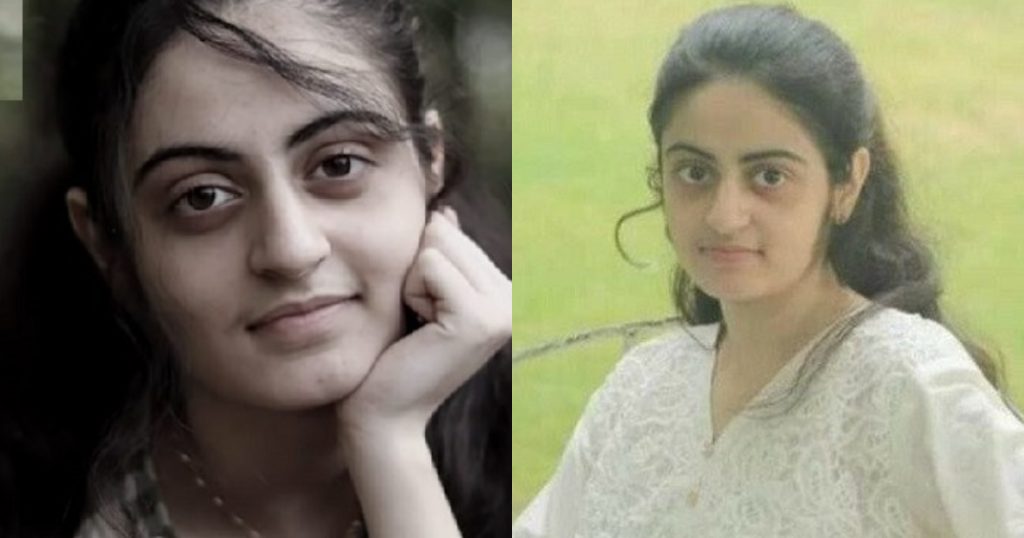 The news made a lot of noise on social media and people started to come with their opinions. Actors also expressed their views. Host Mathira also gave her two cents on the matter and said that the kids like Dua Zehra don’t think about their parents and take such big steps. 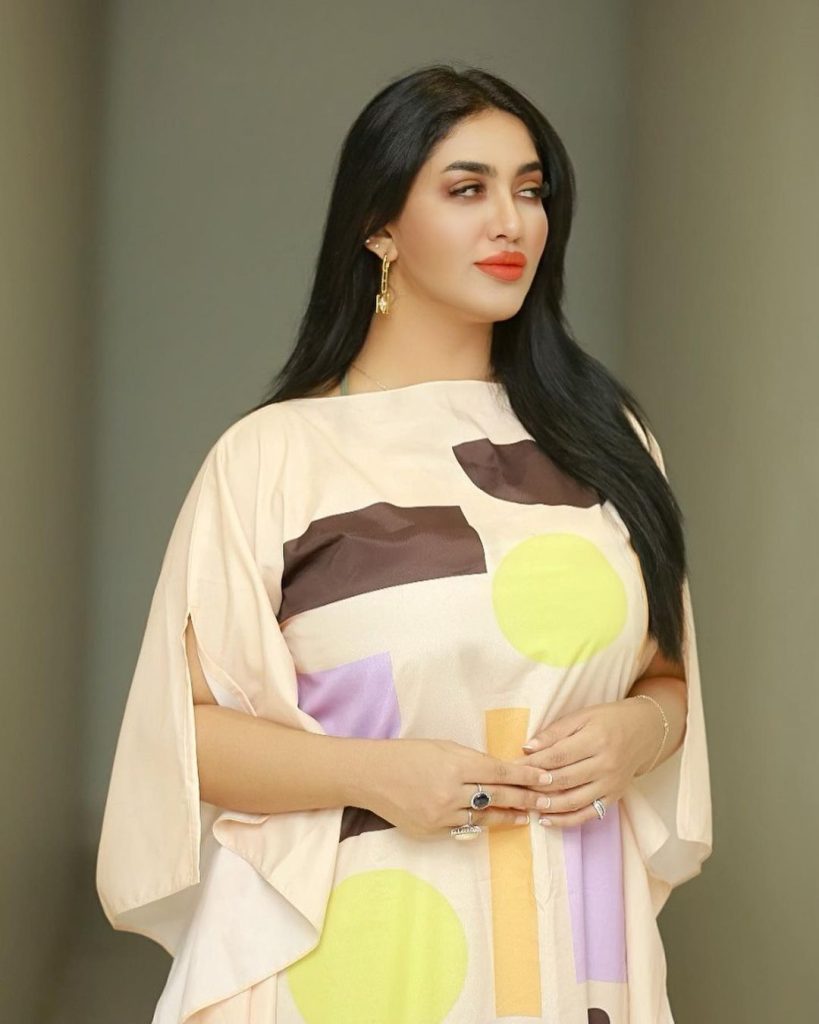 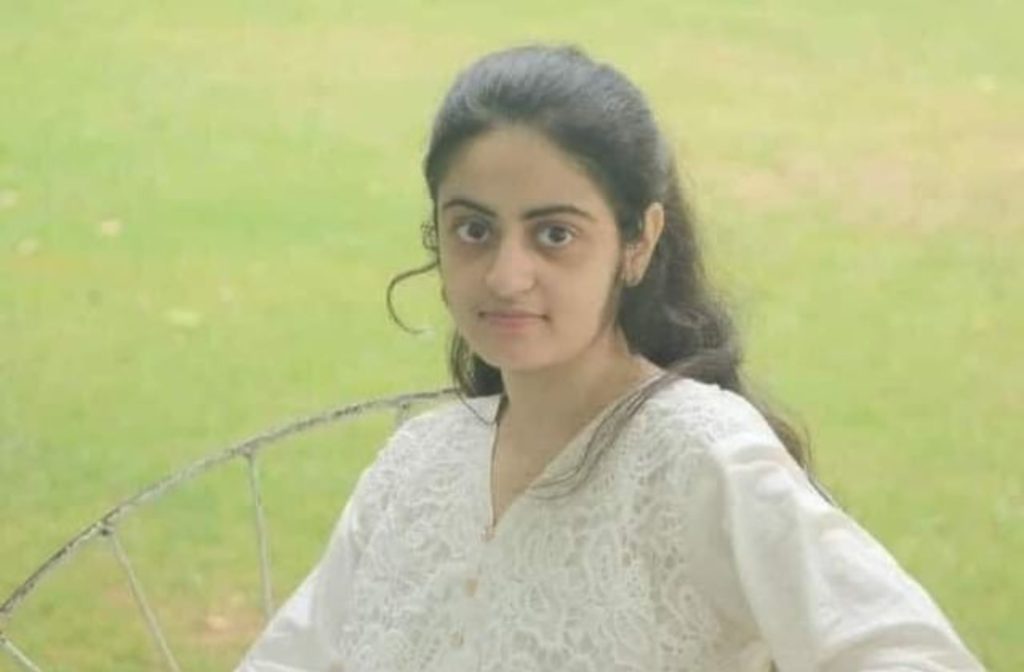 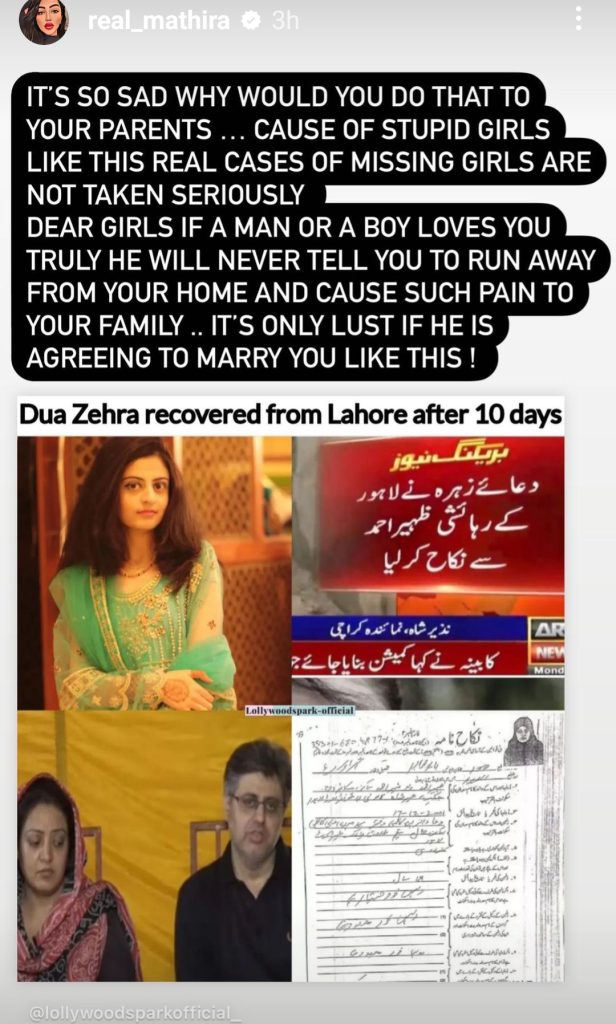 She further added that just because of such people the real issues about abduction get no response and they are not resolved. Her harsh words, rude statement and victim shaming brought a lot of public backlash. Fans said that the poor girl is still not recovered and people are jumping to harsh conclusions. They said that sometimes Mathira needs to keep her mouth shut. A girl called Mathira dumb. They said that Mathira’s statement was uncalled for, that too on a crucial time. Here are comments. 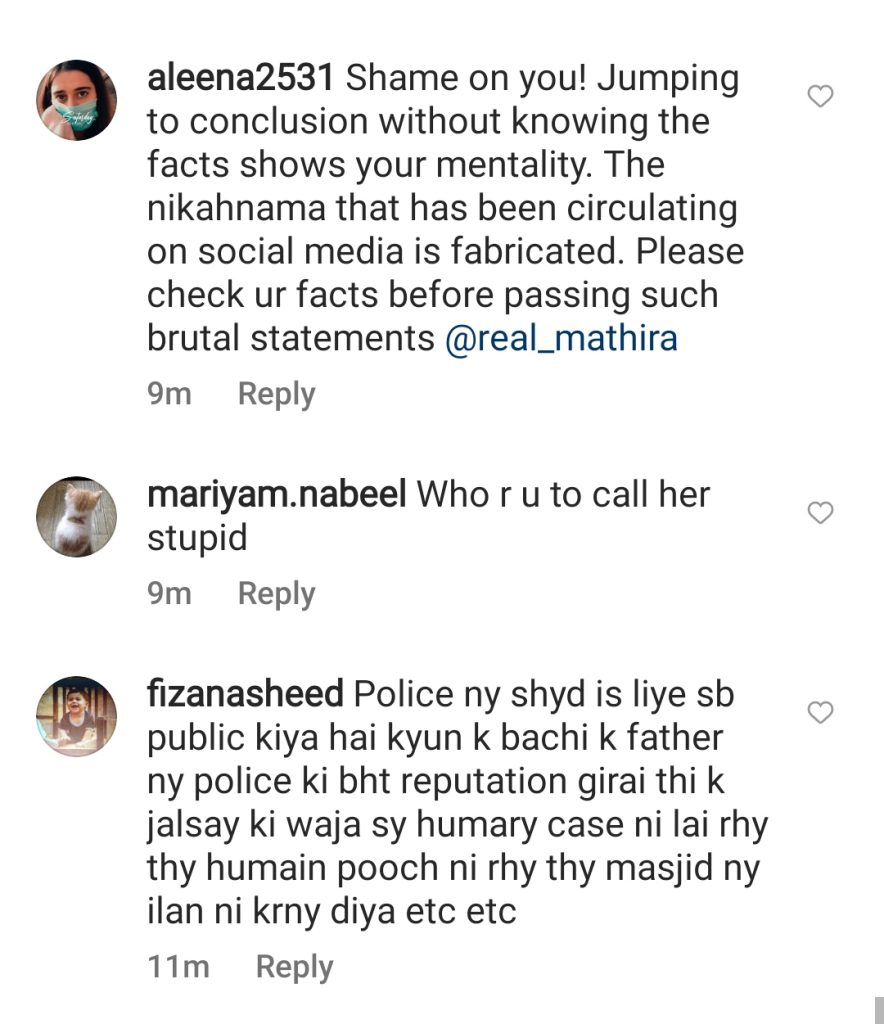 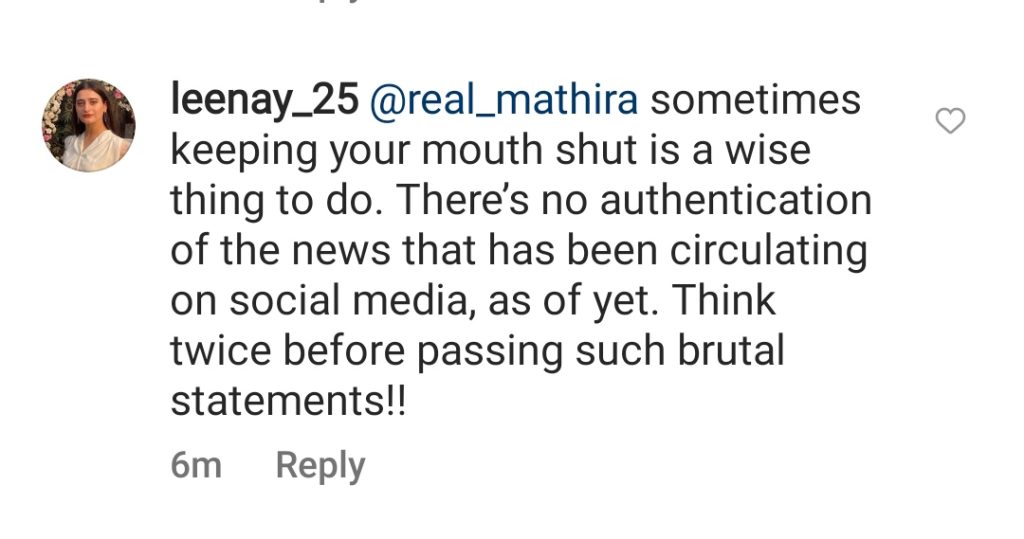 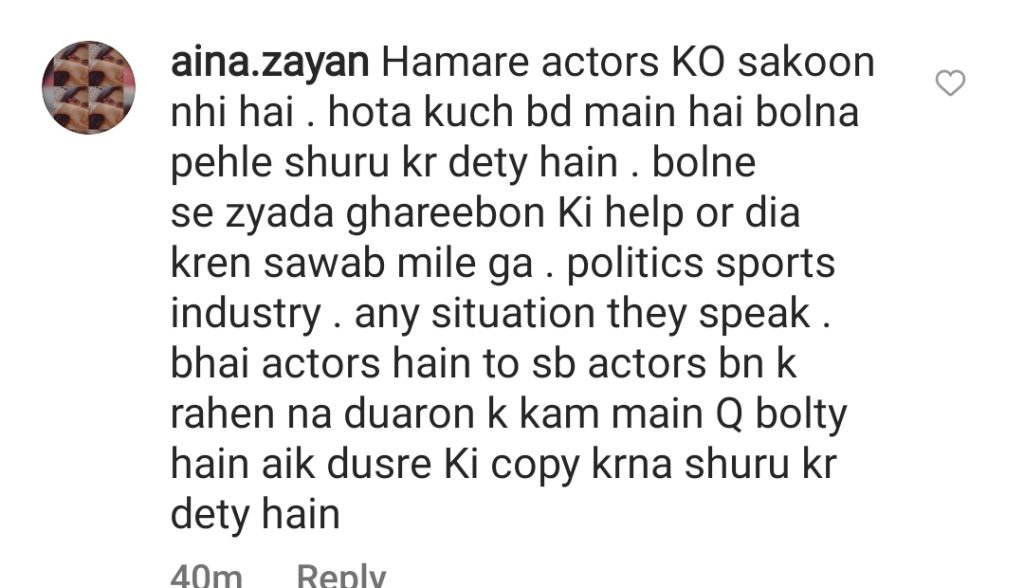 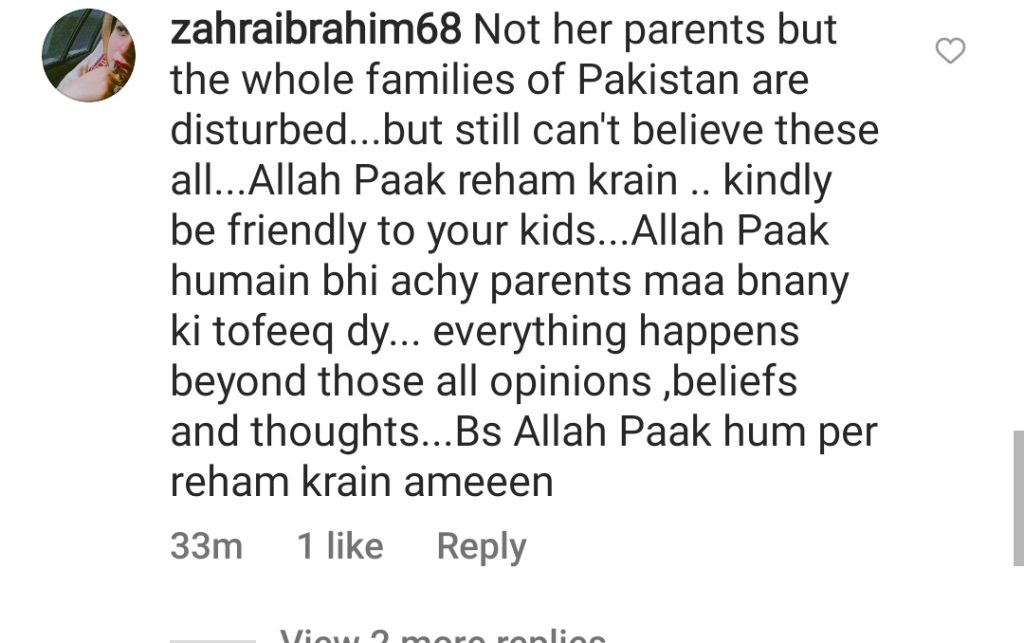 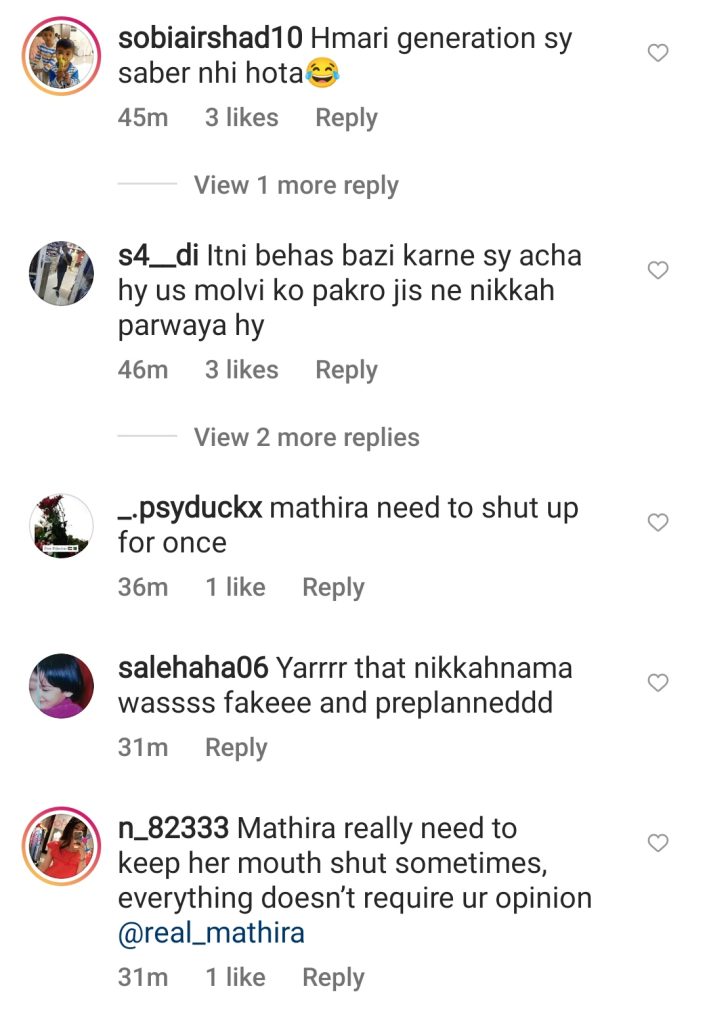 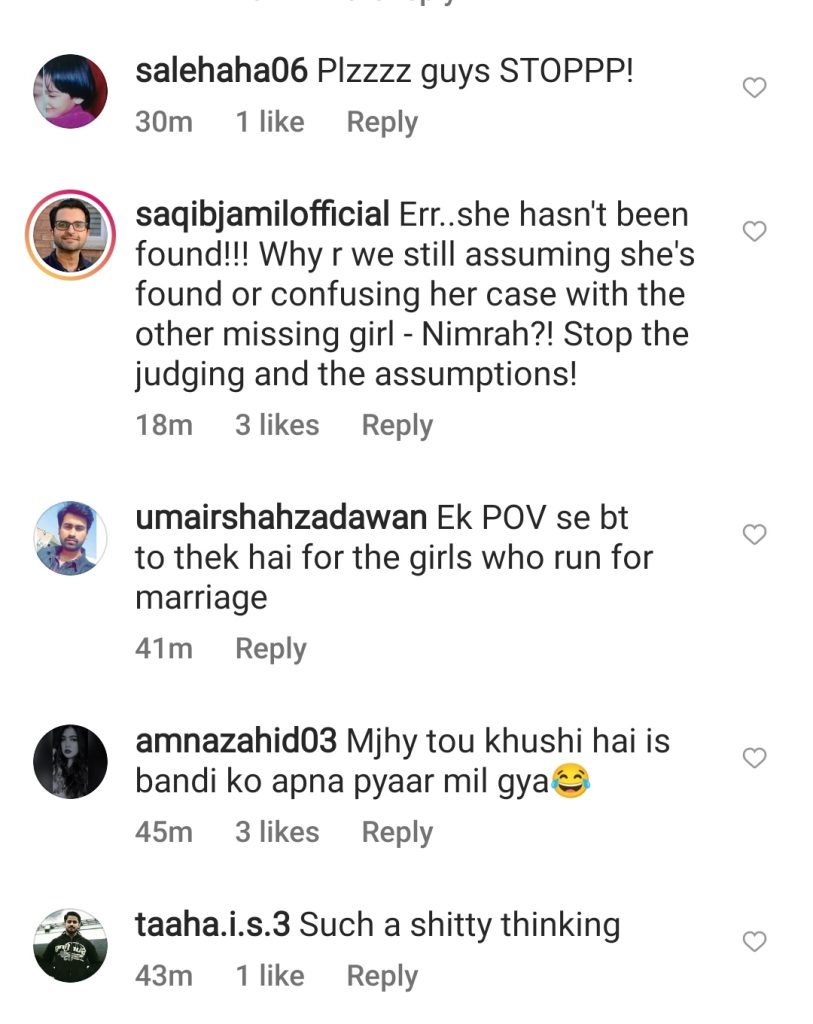 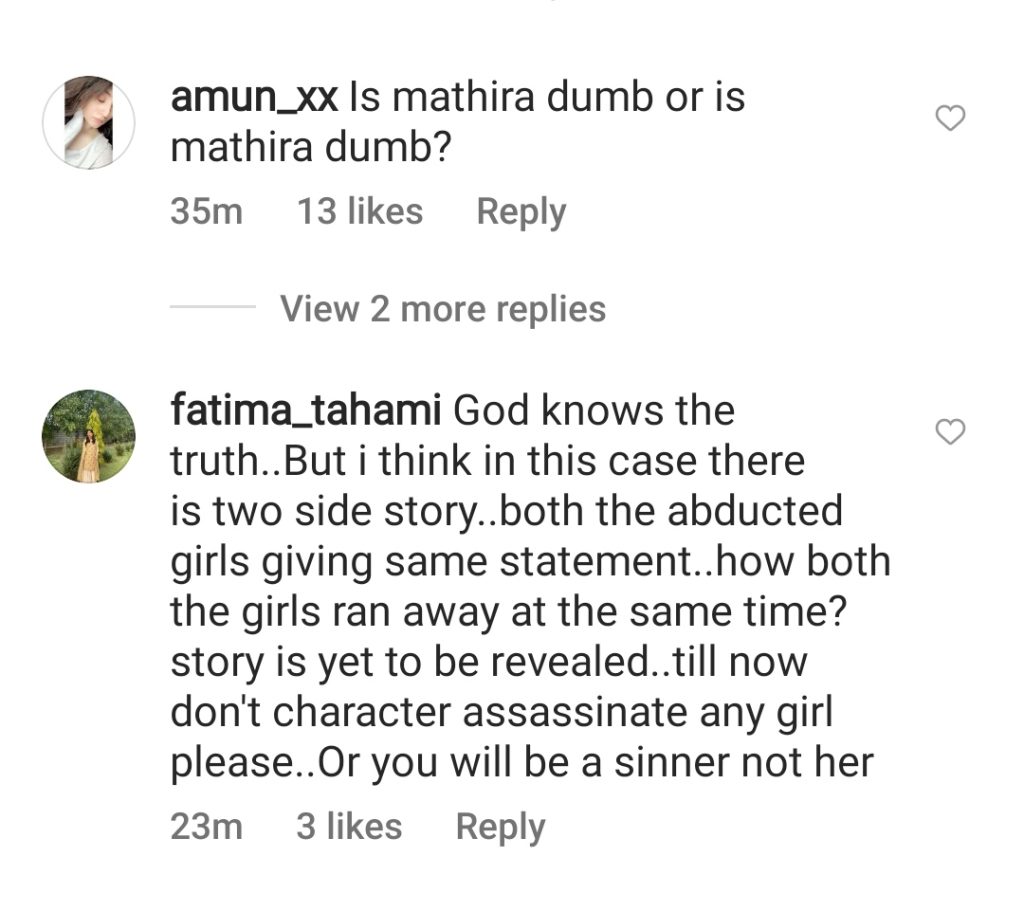 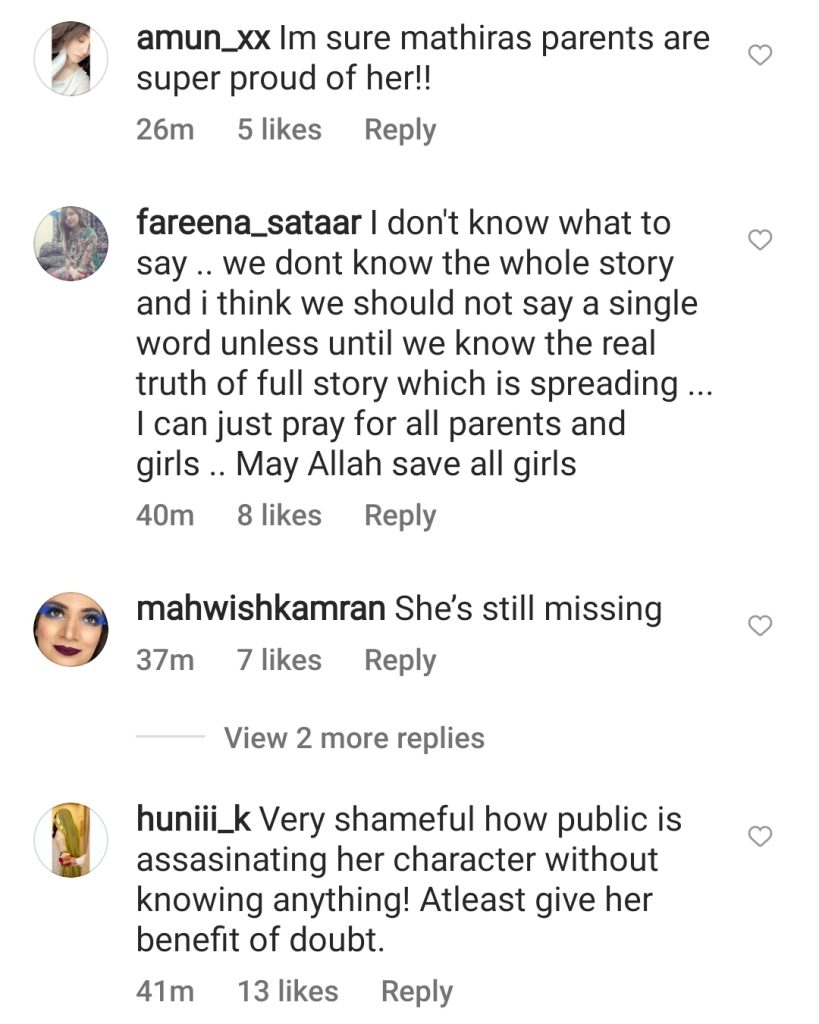 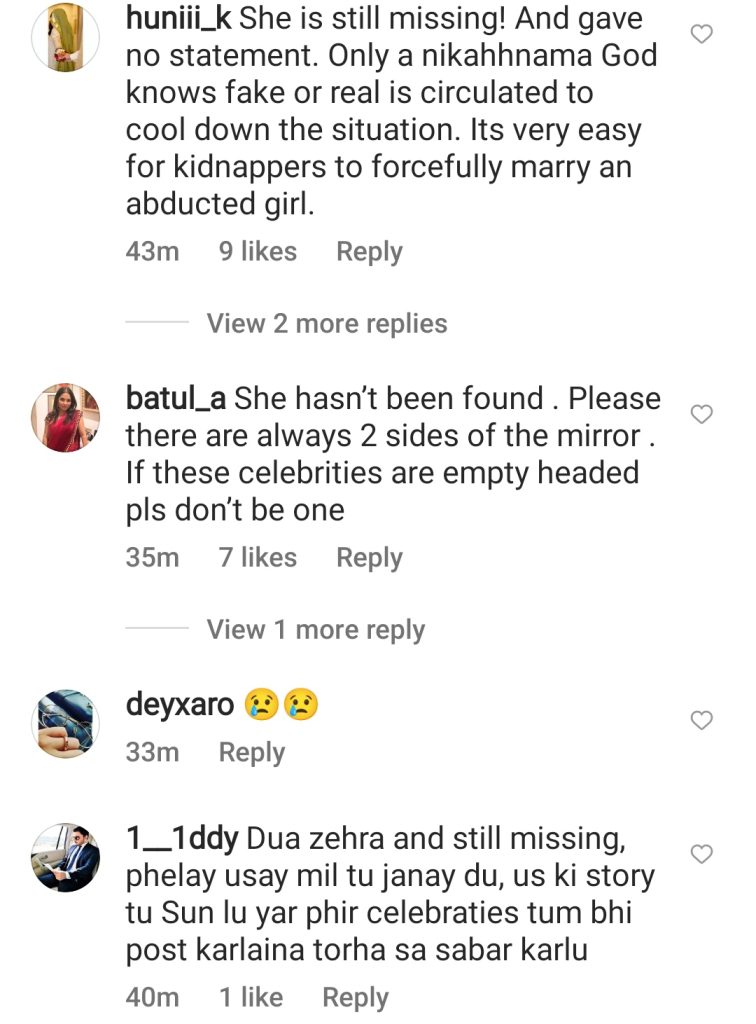 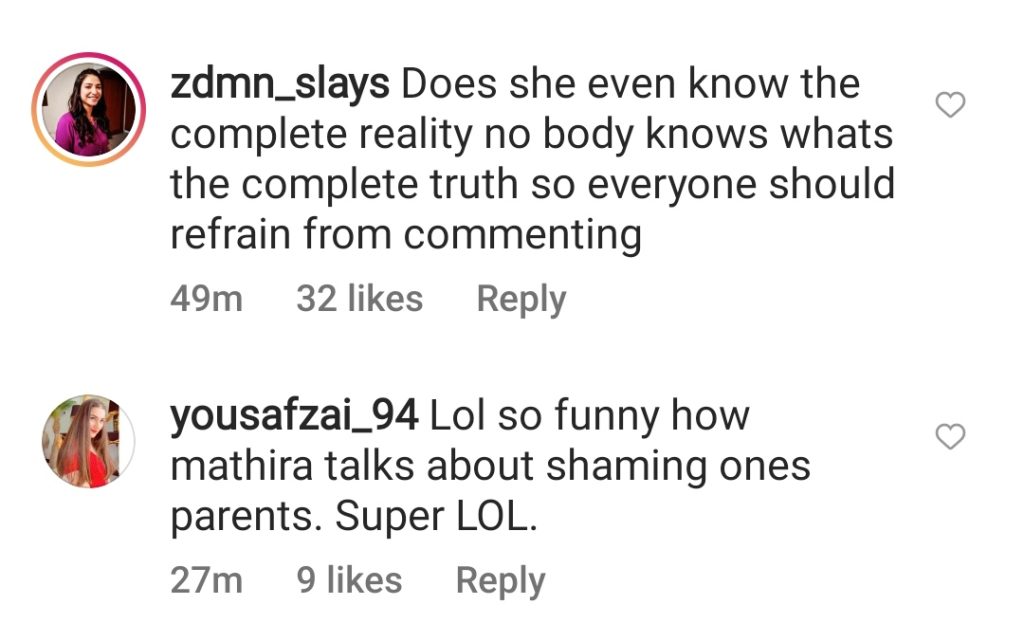 People tagged Mathira in comments and expressed their anger on her insensitive statement about a young girls who is not even recovered.