Lately, there has been a trend that when a drama gets very popular people make memes to express their love and generally their feelings about the characters and the situations in the play. Sometimes the memes are funny but there has never been a time when a character was disliked so much by the viewers for uttering a single dialogue over and over again that people started making fun of it. Mann Mayal is getting attention for all the wrong reasons right now. There might have been a time when it had some fans who liked some of the characters but right now this drama is no more than a joke. Jeena’s character in particular is getting a lot of ‘attention’ like I mentioned earlier for all the wrong reasons!!

Jeena is a desperate girl who is in love with Salahuddin. She mentions the fact that her parents died and she has no family repeatedly to get attention from anyone and everyone. The dialogue “mere tu maa baap bhi nahi hein” has been repeated so many times in the past few weeks even in situations where it wasn’t needed that it has turned into an even bigger joke than the drama itself!!! Jeena has been misusing “mere tu maa baap nahi hein” card like it is going out of fashion to get the attention of the characters. Even if we insert the actual dialogues of the play in the screen shot from the drama, it automatically turns into a funny meme. Look at this for instant!!

While we were talking about the memes that are circulating on the internet, my friend Zahra Mirza gave me the idea of compiling all of them so that we could have a good laugh. All the people behind these memes are much more talented than those who are behind the character “Jeena”! Even Ayesha Khan took notice of these Memes and remarked on her instagram page that people should get over it because this joke was getting lame!! We, on the other hand think that it is not the joke that is lame but the repetition of this dialogue and the character itself is the lamest thing we have seen in a long time. Most viewers feel nothing for Jeena’s character therefore these memes are spot on!! Ayesha Khan also sounded very annoyed with people for judging her based on Jeena’s character. Here is what she had to say while commenting on one of the memes. 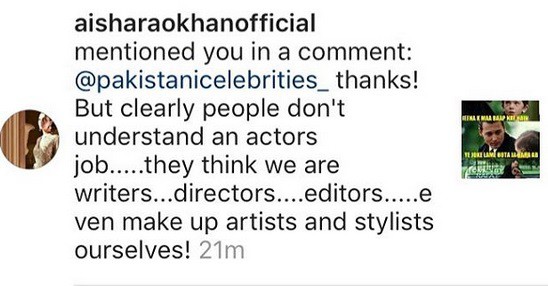 We agree, it is not the actor who writes the scripts, directs the drama or edits it but it is the actor who chooses out of his or her own free will to be part of a project. You can’t rave about Jeena ‘trending’ and at the same time not take responsibility for the final product.

I am sharing some really funny memes here, don’t forget to share your thoughts about them. Which one is your favorite? My personal favorite is the first one LOL!!! 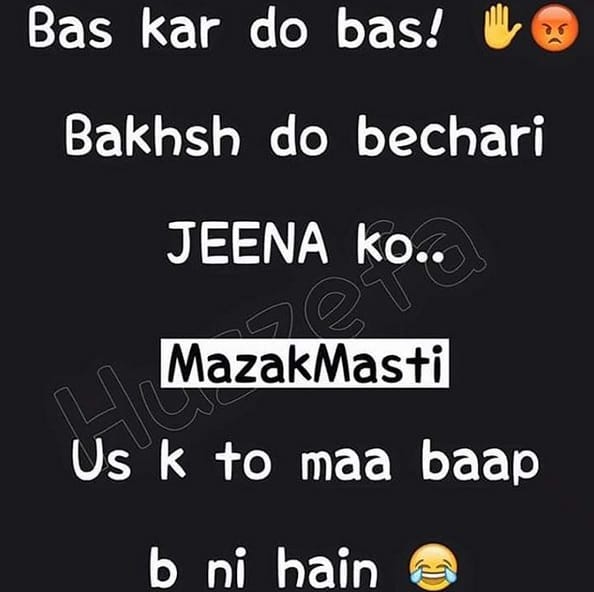 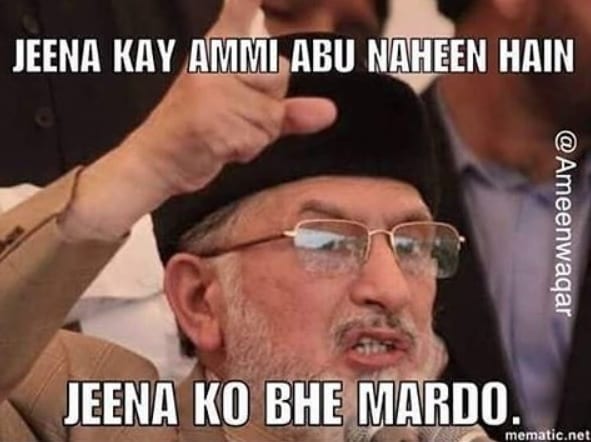 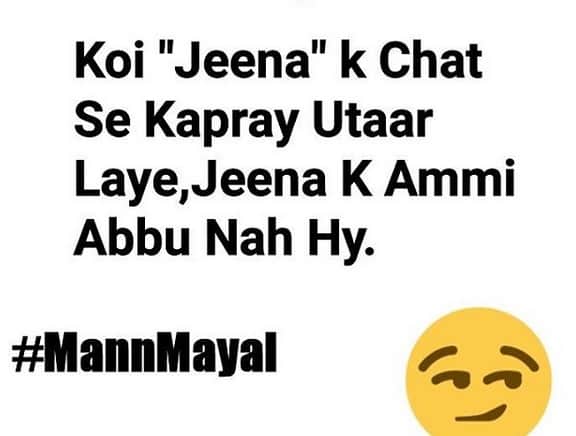 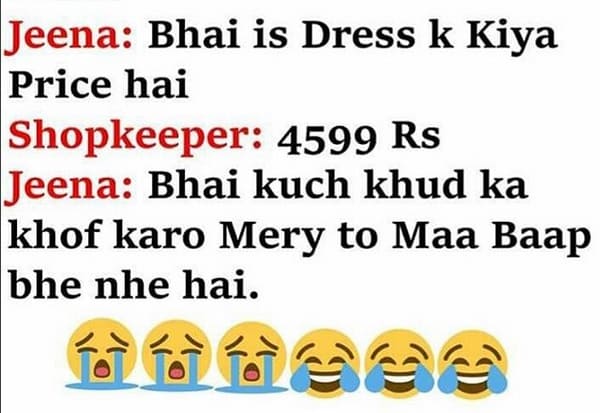 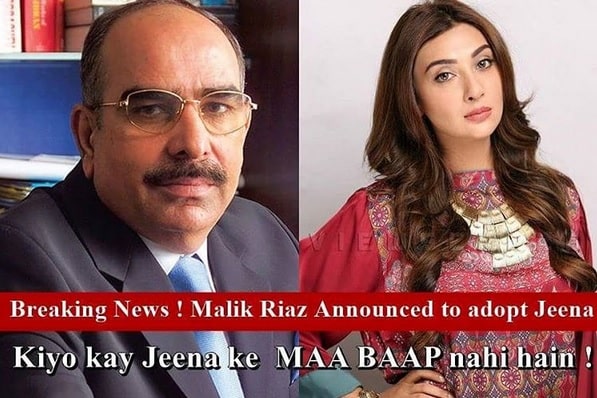 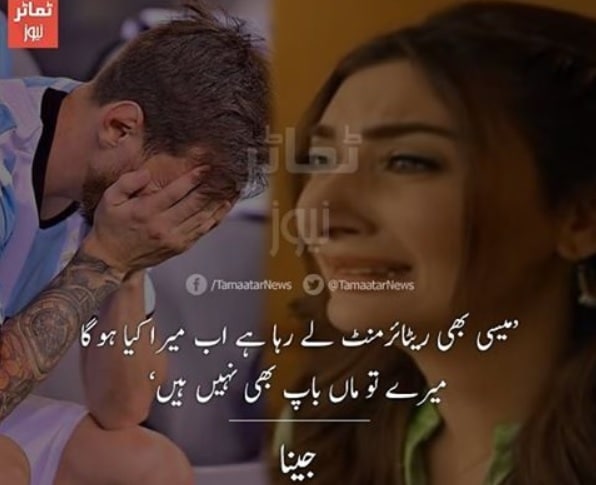 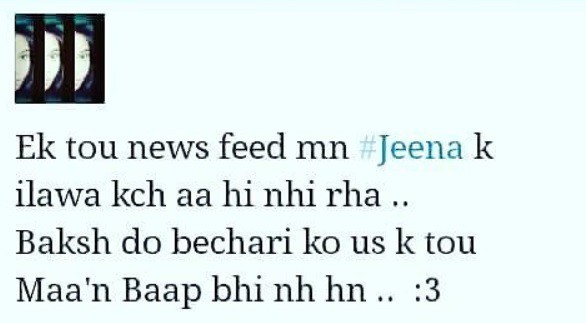 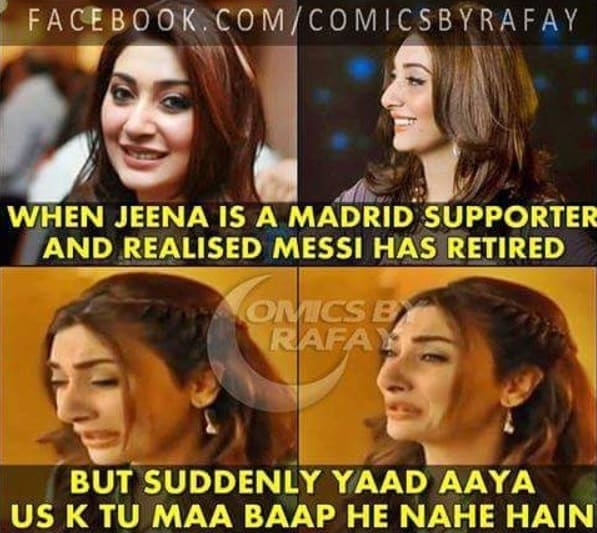 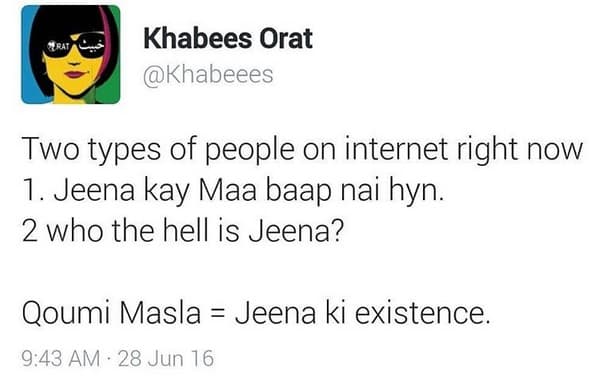 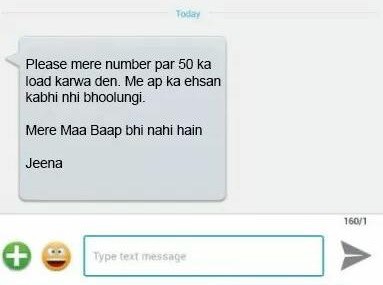 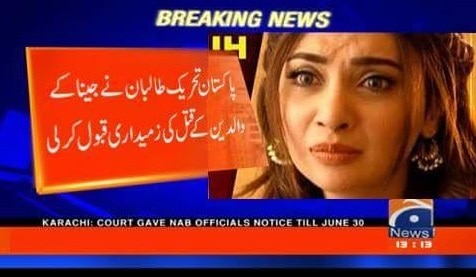 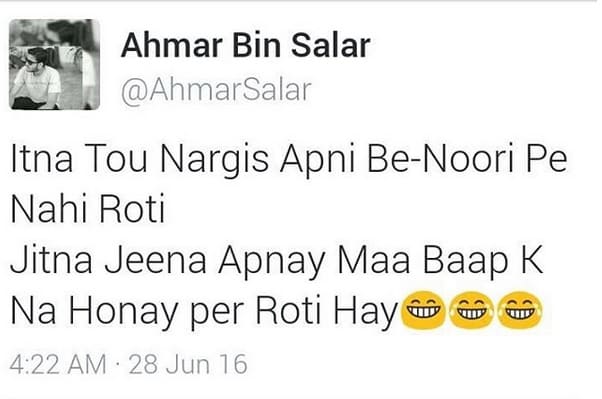 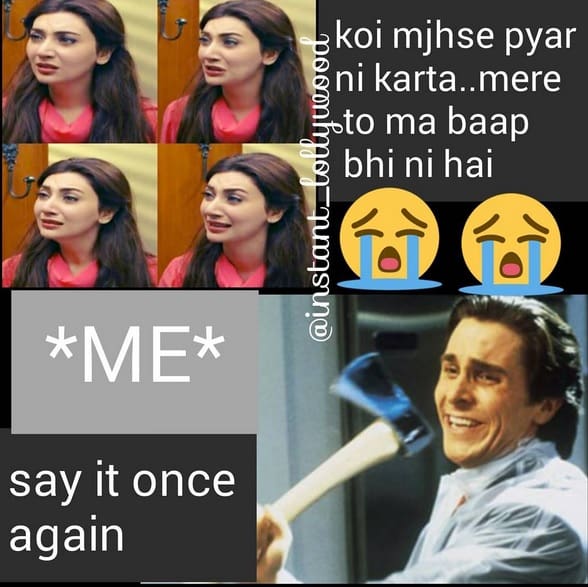 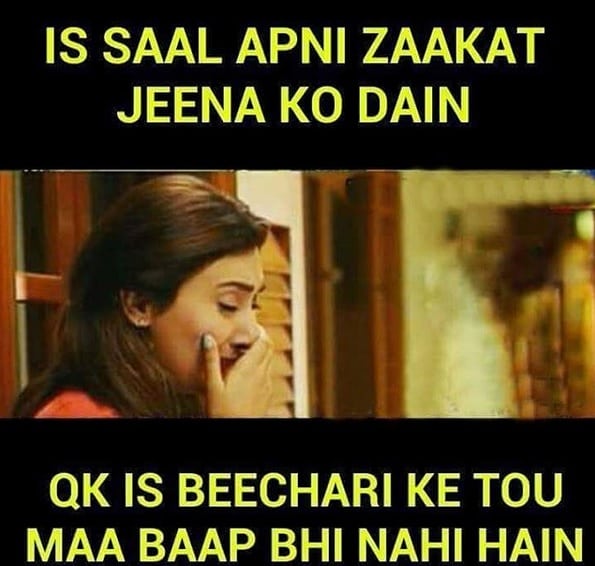 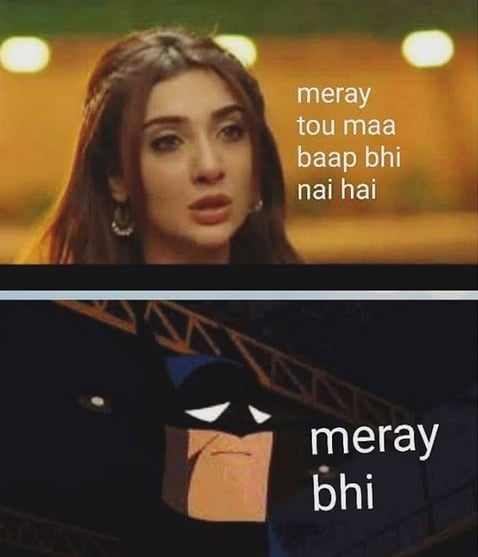 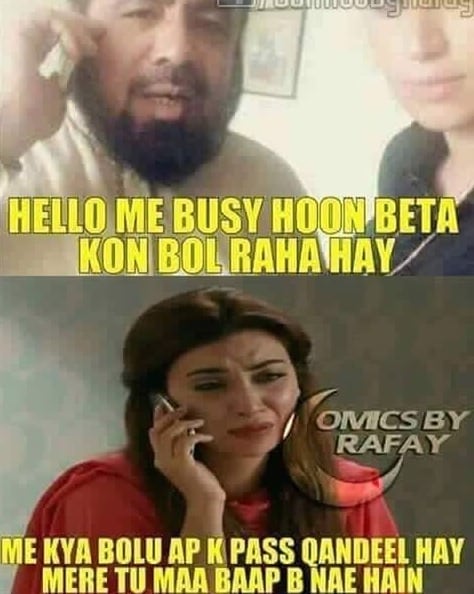 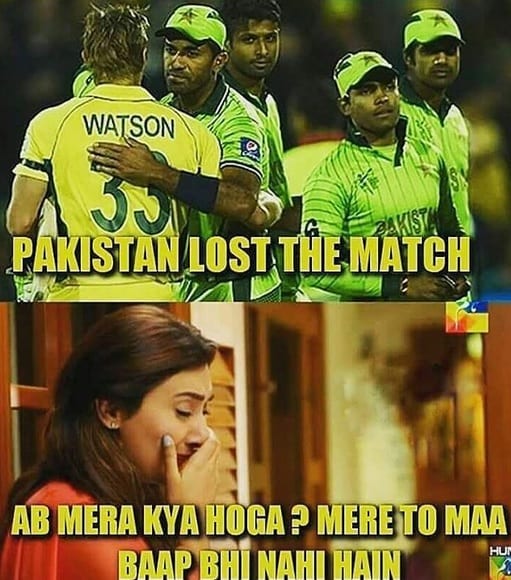