The case of Dua Zehra’s disappearance from her house caught the whole nation by surprise as two similar cases appeared at the same time. Everyone was praying for her return and at the same time asking the authorities to hurry up and find Dua. Things took a steep turn when Dua was recovered from Lahore married to a boy Zaheer Ahmed and revealed that she has done it on her own and does not want to go back. 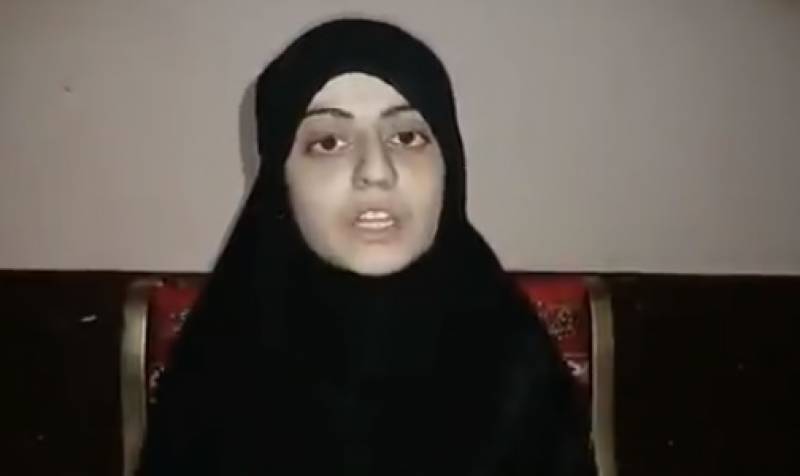 Pakistani celebrities were also affected by the news ad had called for help by the authorities. Many of them came forward after the news of her recovery hit the news. Yumna Zaidi, Sajal Aly, Noor Bukhari, Mathira and Armeena Khan all had something to say about the situation and what Dua’s parents are going through in this situation: 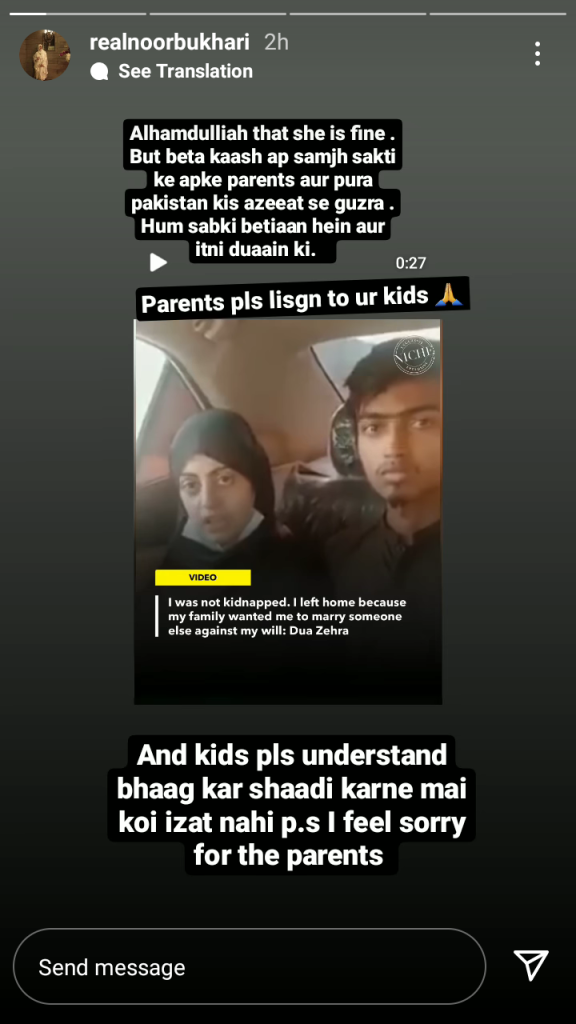 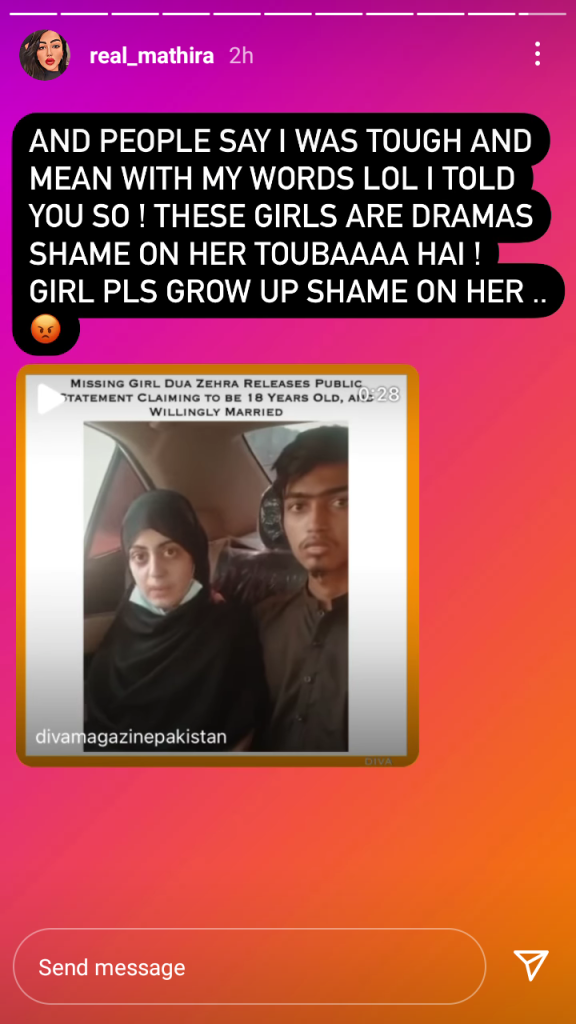 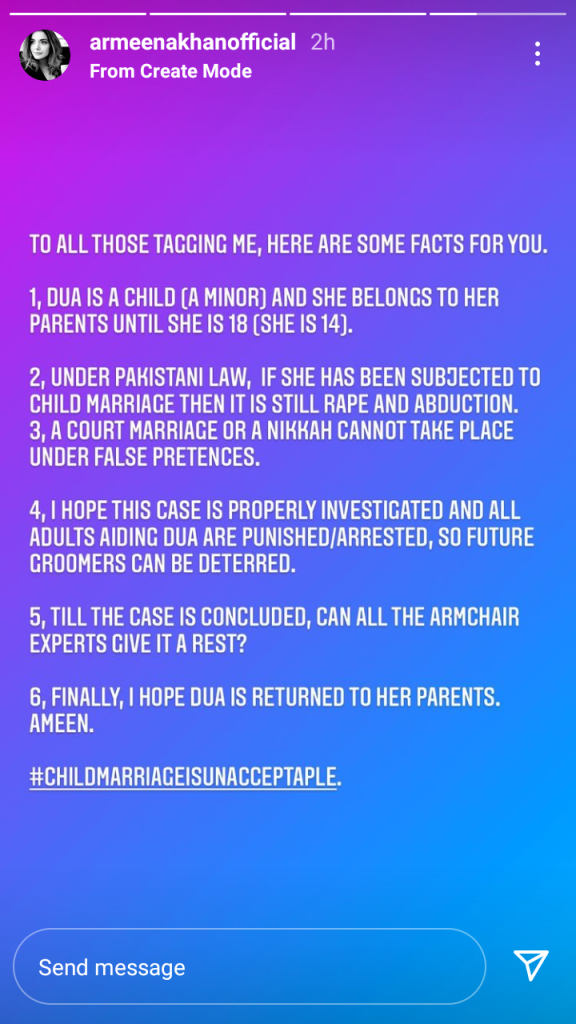 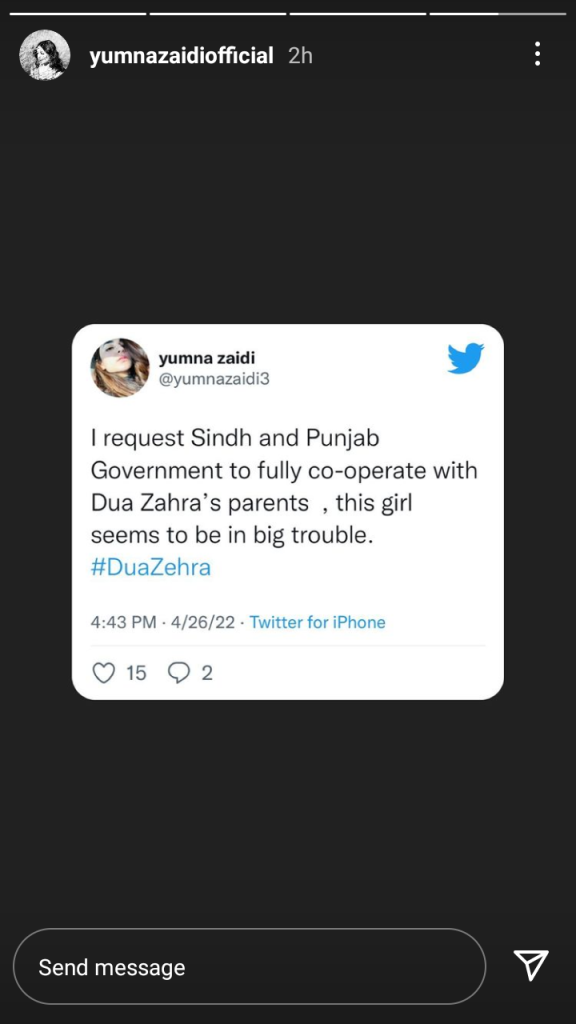 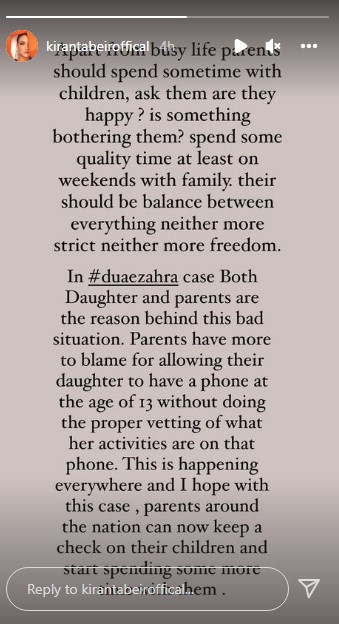