Pakistani Dramas Based On True Stories

Written By: Faiza Iftikhar Directed By: Badar Mehmood Produced By: Big Bang Entertainment Channel: ARY Digital Cast: Saima Noor, Sabreen Hisbani, Sajid Hassan, Ayesha Khan (Senior), Saboor Aly, Syed YorgucTipu, Naheed Shabbir, Marium Ansari & Others. Mubarak Ho Beti Hui Hei’s first half was entirely based on the true story of Faiza Iftikhar’s own mother. It was a tribute to her inspirational mother who fought against all odds to raise daughters who were empowered and enlightened. The drama serial showed what a blessing it is to have a girl child. Saima Noor played the role of Naheed who was meted out the worst treatment because she did not give birth to a son. Naheed did not let her husband or the society dictate to her, she was not a rebel but a mother who did everything she could to ensure that her daughters felt loved and needed. Naheed was one of the most strong female leads we have seen in a Pakistani drama. The writer managed to get across all the messages which she wanted to convey beautifully through characters which were inspiring as well as relatable. 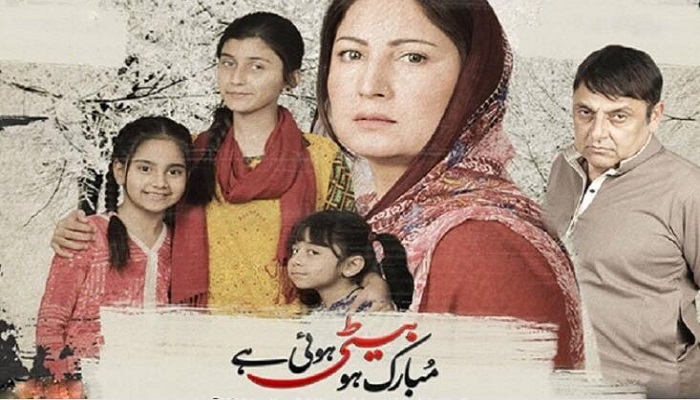 Written By: Khalil-ur-Rehman Qamar Directed By: Muhammad Ehteshamuddin Produced By: MD Productions Channel: HUM Cast: Mahira Khan, Adnan Malik, Samiya Mumtaz, Rehan Sheikh, Farhan Ali Agha, Shamil Khan, Sania Shamshad & Others. Khalil-ur-Rehman has always been known for his bold stories and for not holding back but Sadqay Tumhare was another extreme altogether! This was Khalil-ur-Rehman’s own story and he made it clear that not a single scene in the drama was added for dramatization. Khalil-ur-Rehman penned his own love story down – a love story which did not have a happy ending! Khalil’s character in the drama was played by Adnan Malik and Mahira Khan played the role of Shano who was the love of Khalil’s life. While receiving an award for the show, Khalil-ur-Rehman Qamar said that a lot of his relatives might feel that he owes them an apology but he did not need the feel to do tso! This basically went to show that he was very sure about his version of the story. It takes a lot of guts for a writer to pen his own story like this and then own it completely too. 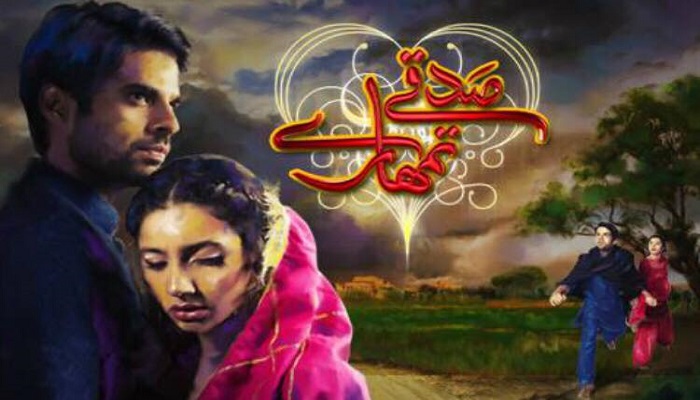 Written By: Farhat Ishtiaq Directed By: Mehreen Jabbar Produced By: Kashf Foundation & MD Productions Channel: HUM Cast: Noman Ijaz, Samina Peerzada, Saniya Shamshad, Danish Taimoor, Nausheen Shah & others. Rehaai was the first project funded partially by Kashf Foundation. It raised awareness about the issue of child marriage which is widely prevalent in some parts of Pakistan. The writer took inspiration from many real-life stories which the Kashf Foundation had in their record. Kashf Foundation deals with women who are facing oppression and challenges on regular basis therefore they have wide experience in the field. The writer Farhat Ishtiaq listened to and read the stories of women Kashf Foundation had helped and the outcome was a script which was widely appreciated. This drama also had a radio version which was directed by Adeel Hashmi. The radio version was an attempt by Kashf Foundation to reach out to people in those areas where child marriage is still being practiced. Apart from highlighting the issue of child marriage, this drama also showed how strong women actually are and how they can empower themselves. 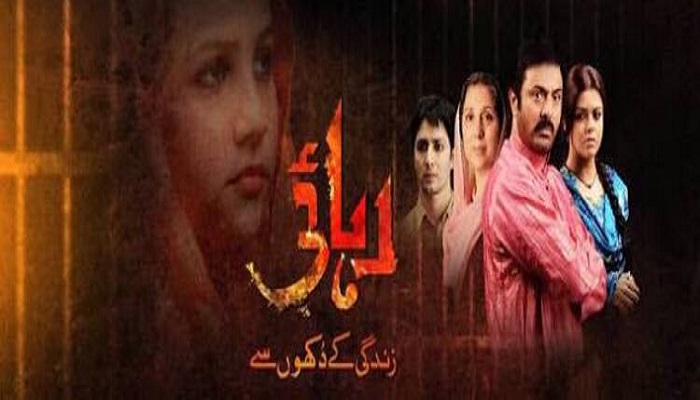 Written By: Faiza Iftikhar Directed By: Seema Taher Khan Produced By: TV ONE Channel: TV ONE Cast: Saba Qamar, Anum Fayyaz, Noman Ijaz, Aisha Gul, Mikaal Zulfiqar, Meera, Hassan Ahmed, Rashid Farooqui & Others. Mein Sitara was a phenomenal play which was based on the lives of actors and directors of the film industry. Sitara’s character in particular was inspired from one of the most renowned actresses of the film industry. Saba Qamar played the role of Sitara – a poor girl who makes it big in the industry. The play showed what really goes on behind the scenes and how sometimes actresses have to fight many difficult battles at the same time. Mein Sitara was a story of friendship, dreams, love, despair as well as hope! It was an emotional journey which covered 3 decades of the film industry. 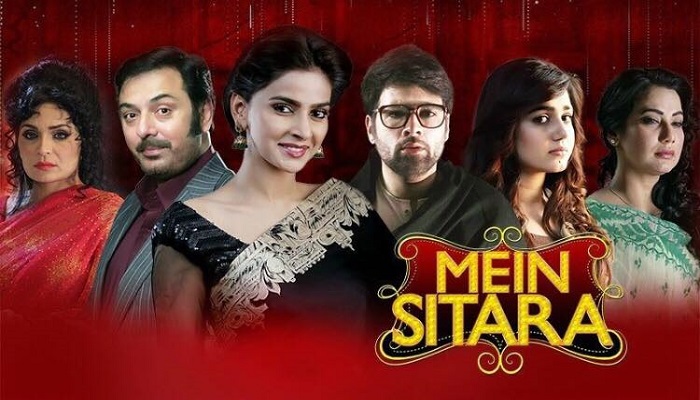 Written By: Khalil-ur-Rehman Qamar Directed By: Nadeem Baig Produced By: Six Sigma Entertainment Channel: ARY Digital Cast: Hamza Ali Abbasi, Sana Javed, Ayeza Khan, Sohail Ali Abro, Firdous Jamal, Anoushey Abbasi, Saba Faisal & Others. Very few people know that the idea for this play actually came from a real-life incident which Khalil-ur-Rehman very often used to narrate to his friends. In an interview Khalil-ur-Rehman Qamar shared that while having a conversation with Humayun Saeed, Nadeem Baig and Yasir from M Group he was telling them about a college friend named Afzal who used to write love letters himself but used to tell his friends that a girl used to send him these letters. Khalil-ur-Rehman caught his friend red-handed once and that is a story he tells everyone since he finds it really amusing. Yasir suggested that he should write a script based on this incident. Initially Khalil-ur-Rehman said that was not possible since this was just a short incident and nothing more. Later on, on the insistence of Yasir, Khalil-ur-Rehman finally penned the script down. He also shared in an interview that once he was done writing the script, he called his friend Afzal and told him that he was going to be popular not knowing that the drama in fact was going to be a massive hit! 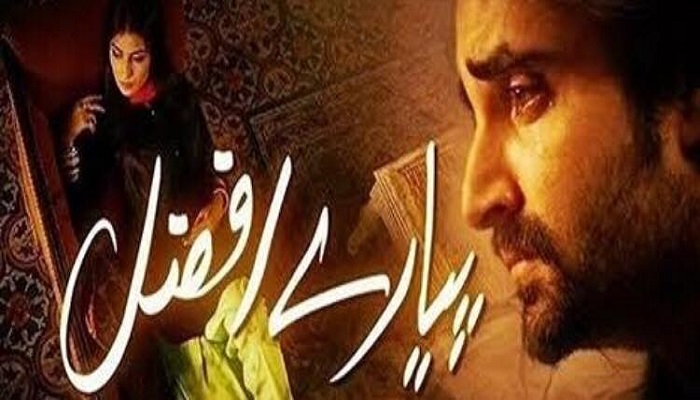 Written By: Shazia Khan Directed By: Farooq Rind Produced By: Urdu1 – Paragon Productions Channel: Urdu1 Cast: Saba Qamar, Osman Khalid Butt, Khalid Malik, Ali Kazmi, Irfan Khoosat, Sarmad Khoosat, Goher Mumtaz, Saba Faisal & others Baaghi was one of those very few shows which took inspiration from the life of a social media sensation who was always the centre of attention. It was also one such drama which was promoted as a biopic and unlike many other production houses, the makers of this one did not hold back while promoting it as Qandeel Baloch’s story. However, when the drama aired, the viewers were informed that this was not Qandeel’s actual story but the writer only took inspiration from Qandeel’s life. Saba Qamar played the role of Qandeel Baloch and her entire get-up was inspired from that of Qandeel’s. Since Qandeel’s public life was witnessed by many people in the recent past therefore the viewers remembered watching a lot of what was shown in the drama either on television or on social media. The drama showed the real life of Qandeel Baloch, one which the producers claimed no one knew about. It showed how she entered the world of entertainment and the way she was used and abused by different people. 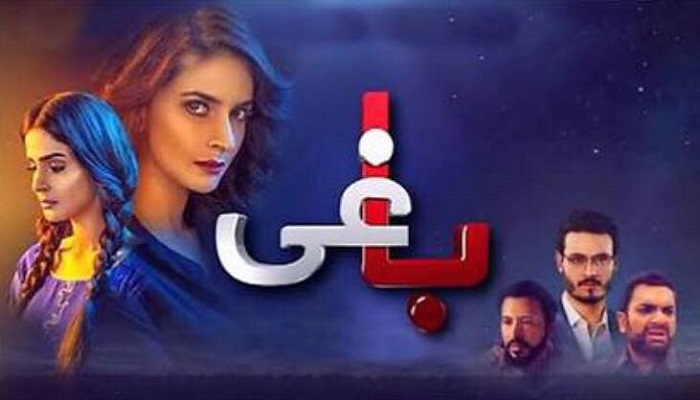 Written By: Asma Nabeel Directed By: Anjum Shehzad Produced By: 7th Sky Entertainment Channel: Geo Entertainment Cast: Feroze Khan, Sana Javed, Saman Ansari, Mehmood Aslam, Rashid Farooqui, Salma Hassan, Qavi Khan, Seemi Pasha & Others. Khaani was another recent drama which was based on a tragic incident which was highlighted in the media over and over again. It involved the tragic killing of a middle class young man by the son of a feudal. The real incident highlighted the weaknesses in the system because in the end the rich and influential got away with murder – quite literally! Khaani’s story was inspired greatly from this incident but the way this story was taken forward was different. The end too was poles apart from reality. The makers of Khaani attempted to give people hope while the real-life incident the drama was inspired from gave no such hope. Feroze Khan played the role of Haadi, who was the son of a rich politician and for the longest time was convinced that he was invincible. Sana Javed played the role of Khaani, the sister of the young man Haadi murdered. She refused to give in and fought right till the end. 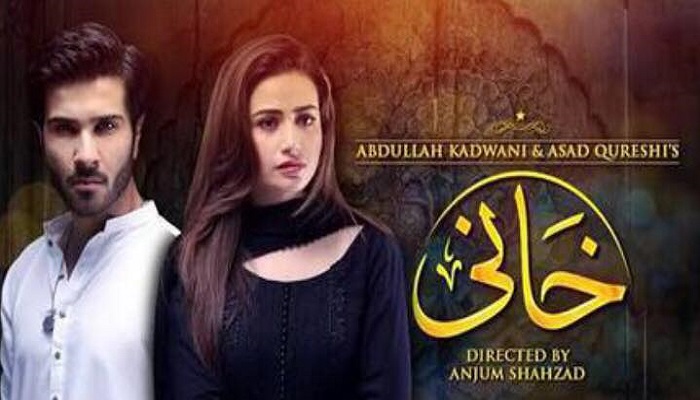 Written By: Amna Mufti Directed By: Kashif Nisar Produced By: MD Productions Channel: HUM Cast: Noman Ijaz, Irsa Ghazal, Saba Qamar, Sohail Ahmed, Yumna Zaidi, Omair Rana, Uzma Hassan, Salim Mairaj & Others. Ullu Baraye Farokht is another drama which was based on true stories. Ullu Baraye Farokht Nahi was a story of lust and revenge. The drama had different tracks which showed how the love for money can destroy relationships and how men in certain rural areas of Pakistan use women to settle disputes. The widespread oppression of women was also highlighted in the drama. The characters and the story was complex and hard-hitting. Noman Ijaz played a negative role in the play, his performance was widely appreciated by critics and viewers. The drama was based on a short story written by Amna Mufti. 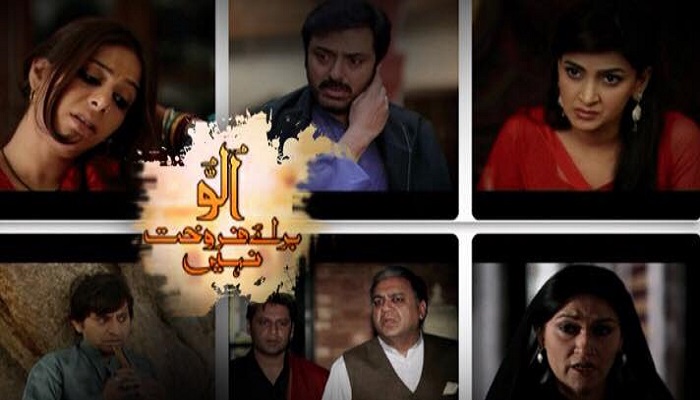 Written By: Samina Ijaz Directed By: Ahmed Bhatti Produced By: 7th Sky Entertainment Channel: Urdu1 Cast, Hania Aamir, Ali Abbas, Emmad Irfani, Tauqeer Ahmed, Abid Ali, Saba Faisal, Seemi Pasha & Others. Titli was based on a true story of a girl who loses everything because of her pride and greed. Hania Aamir played the role of Naila, a beautiful girl who belonged to a rich family but was married into an affluent family. Her husband Ahmed (Ali Abbas) does not come up to her standards of “beauty” and as a result she never respects or loves him. Some of the characters were sometimes too black and white but otherwise the drama was interesting. Strong main characters with definite characteristics played by Hania Amir and Ali Abbas superbly were the main reason why Titlee wasn’t just another drama which showed problems of marital life. The fact that it was inspired from real-life also made it easy to connect to. 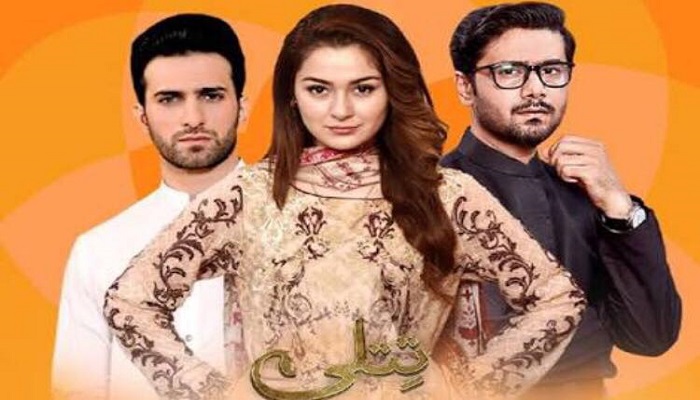 Written By: Radain Shah Directed By: Ali Hassan Produced By: Big Bang Entertainment Channel: ARY Digital Cast: Mohsin Abbas Haider, Sonya Hussyn, Sania Saeed, Sajjid Hassan, Ayesha Khan (senior) & Others. Meri Guriya’s main story is based on the recent tragic and brutal murders of several little girls and Zainab’s murder in particular. The drama shows how a psychopath murderer’s mind works and what role the victim’s family can play to ensure that the murderer does not get away with the crime. It also shows how the negligence of the authorities most often is the reason why the murderers never get caught. This drama has some of the most amazing performances. Mohsin Abbas Haider plays the role of the serial killer in the show and Sania Saeed and Sonya Hussyn shine in positive roles. 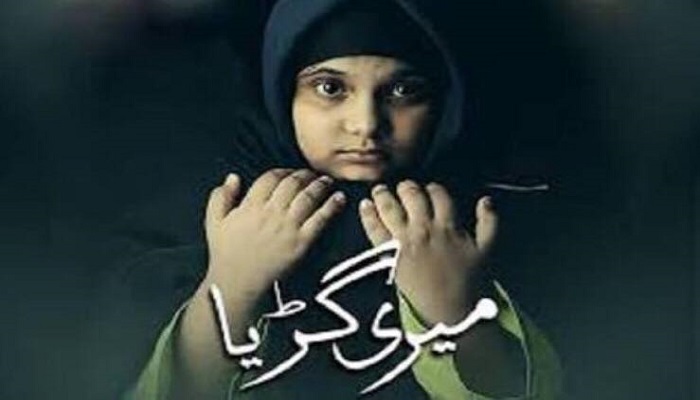 How many of these dramas have you watched? Did you know that these dramas were based on true stories? Please feel free to add to the list!