The recently held HUM Awards were significant for many reasons. HUM completed its ten years therefore these awards were bound to more extravagant than the past two awards and HUM stepped into filmmaking too this year therefore there was more of a reason to put in an extra effort to gain the attention of the International viewers as well so that HUM could broaden its horizons further.

HUM TV has always maintained a very high standard in drama making although recently HUM does not have dramas like Dastan, Durr-e-Shahwar or Hamsafar to its credit but the loyal viewers still find a reason to tune into HUM. This year HUM had a few notable dramas which caught the attention of the viewers but there wasn’t one play which you could say won the audience in a way that would have made history. 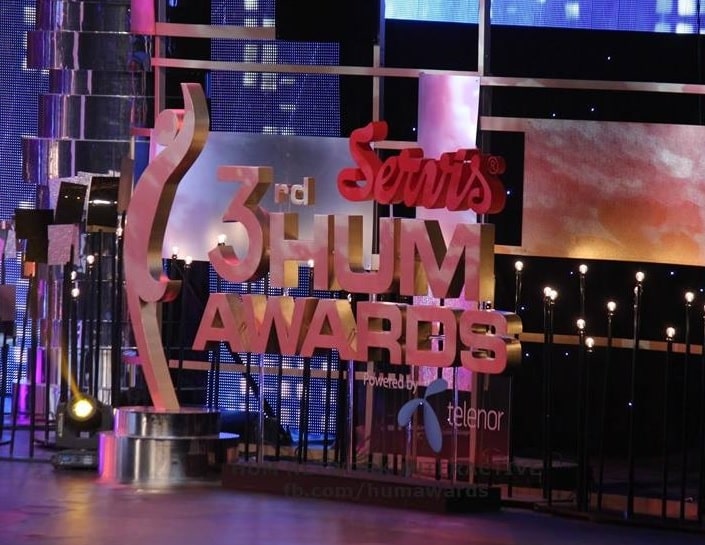 The great thing about HUM Awards is that it is an absolute delight to watch all the stars of the television industry in particular sitting under one roof and it is good to see these stars who put in a great deal of effort to entertain us being rewarded. Here are my thoughts on HUM TV’s Award show: 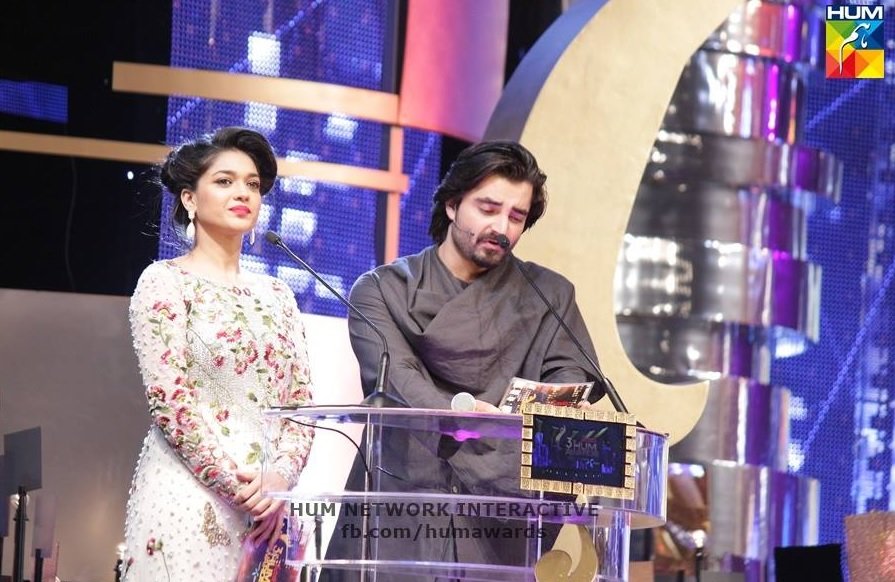 Sanam Saeed also hosted the show for a while without any “help” from a co-host at first and later on with Hamza Ali Abbasi. Sanam’s trembling voice along with a few mistakes in reading Urdu here and there definitely made her a very shaky host. 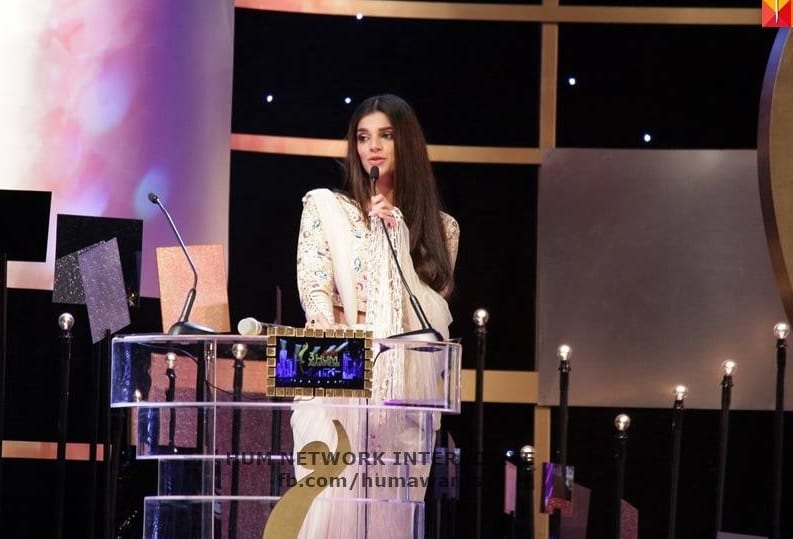 When it came to hosting the evening belonged to Vasay Chaudhry and Ahmed Ali Butt, the HSY gig might have been slightly OTT but overall they were fun, witty, spontaneous and like someone else also remarked they could easily pass for the best on-screen couple!!! The obsession with Hamayun Saeed’s “love life” was slightly annoying and seemed repetitive in the beginning but as the evening drew to a close the reason behind that particular joke was revealed in the form of a beautiful trailer of the upcoming film “Bin Royee” 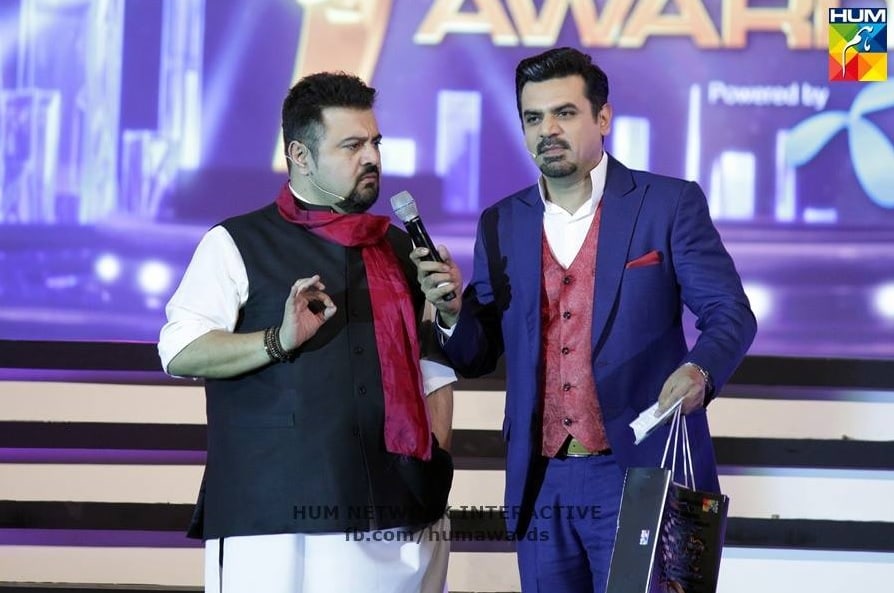 The Stage and The Script:

The stage was beautifully designed and the addition of the big screen at the back was phenomenal. The beautiful way in which tribute was paid to performers who were being given special awards was very impressive; whoever wrote those lines of appreciation did complete justice to all the actors and writers. 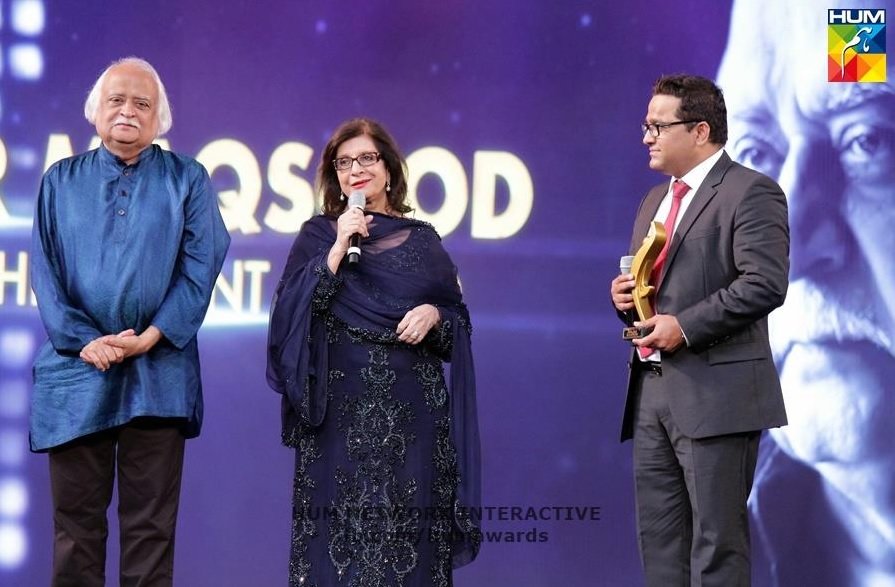 The crowd was full of energy which added to the very lively feel this whole evening had. You got the feeling that all these people were there to cheer for each other and not in competition. Ayesha Omer’s lack of interest and cheer however when Mehwish Hayat was performing went to show that these two might not be on good terms (just a hunch!!)

Personally, I am not a big fan of these dance performances at all since I think that they take that Pakistani Award Show feel away from these award shows because for some odd reason all the songs that our celebrities dance on are Indian. I would happily watch a show without dance performances but since they seem to be a necessary evil then why not add at least 2 or 3 Pakistani songs in the show too if sticking to Pakistani songs alone is not possible. 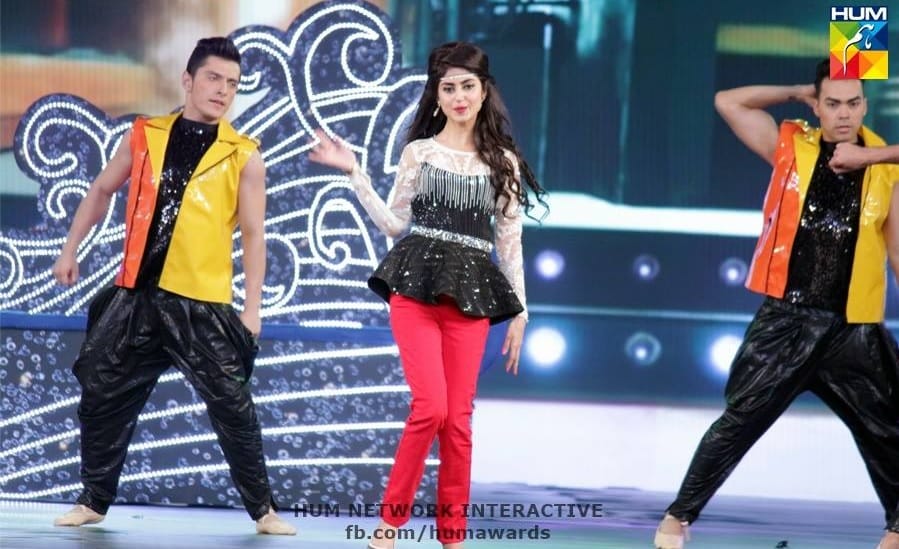 If we look at it neutrally the dance performances were very well choreographed; Ahsan Khan, Feroz Khan, Shehroz Sabzwari and Saba Qamar in particular were spot on. Mehwish Hayat’s performance was a little too sizzling for my liking, Sajjal Ali and Syra Shehroz failed to give coordinated moves even. Sajjal Ali’s red pants were very distracting and her whole “costume” stood out like a sore thumb. My personal favorite was the very first performance at the opening of the show which was less of nach gana and had a more artistic feel to it. 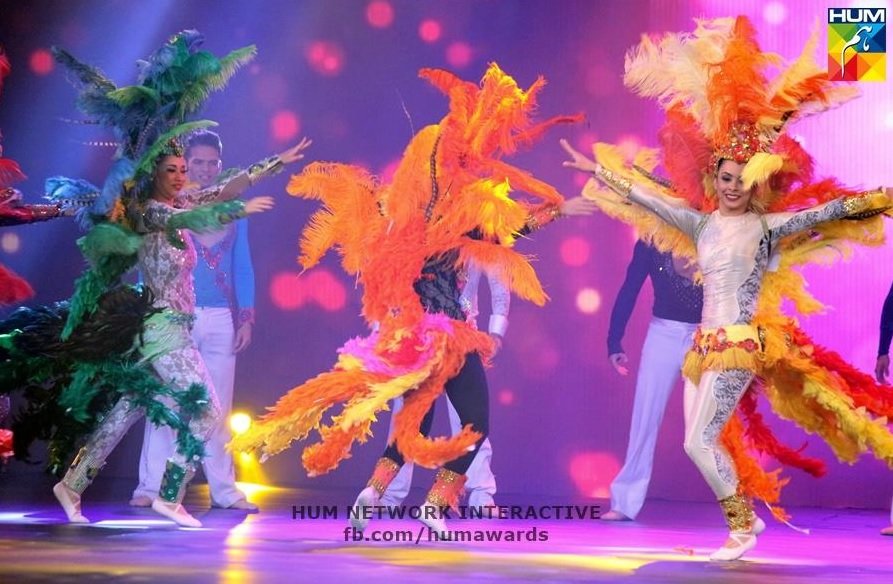 HUM has contributed a great deal to our drama industry, it has also added new trends to our fashion industry and is now venturing into films so why not do their bit to promote Pakistani music too by adding Pakistani songs to these award shows. Sure, people listen to Indian songs but Pakistani music I believe has a lot more to offer. I am not a big fan of Indian music and firmly believe that Pakistani music is far better and superior than that from across the border. We have so many classics by Sajjad Ali and others which are catchy and fun and can be used for these performances. Also, songs from recent Pakistani films should be promoted through such shows. 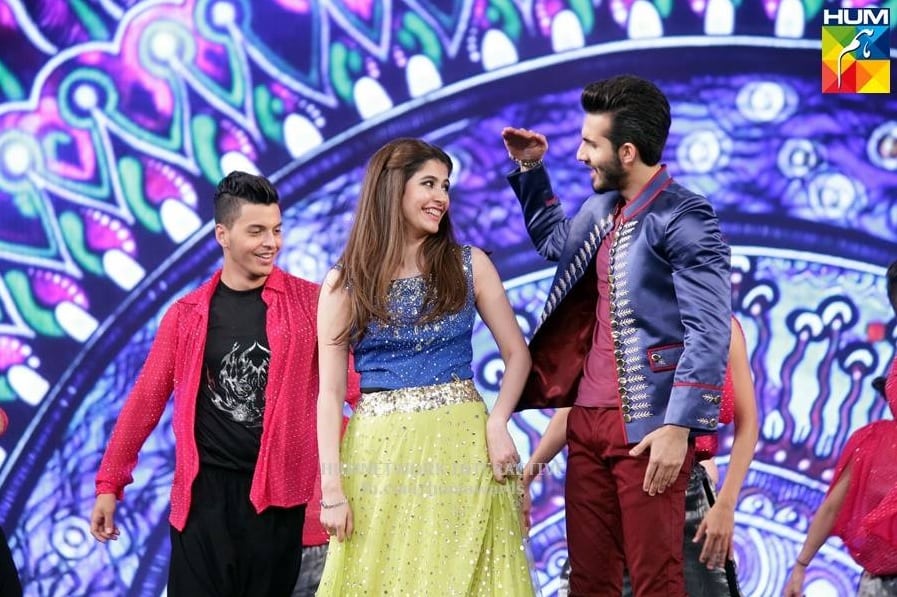 I couldn’t help but notice that some actors felt like they were obligated to speak English even when they were not very comfortable speaking it. Danish Taimoor and Imran Aslam were two such people who I am sure could have expressed their feelings with much more precision and confidence if they decided to speak in Urdu. 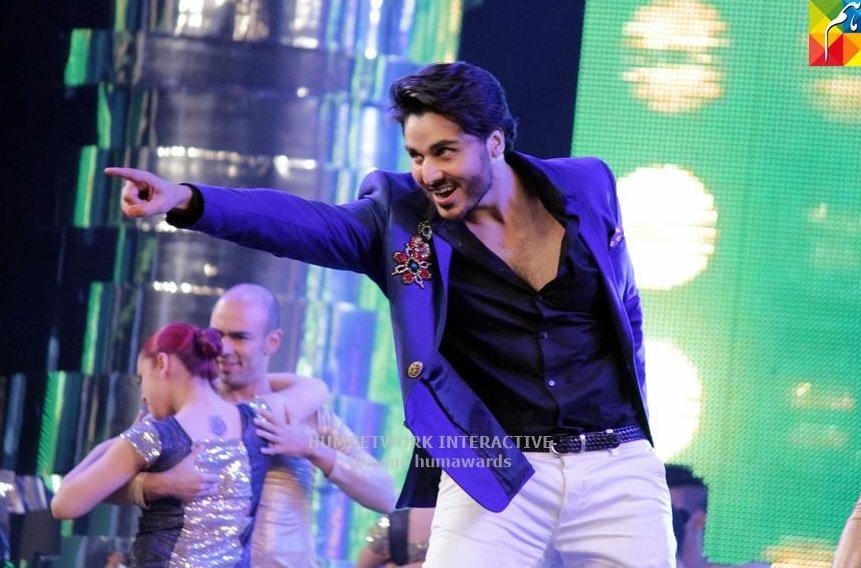 Overall, the HUM Awards were a labour of love; very well put together indeed but next time we would all like to see Pakistani music being promoted on this forum since these awards pay tribute to everything that is Pakistani. The day that happens it will be a very proud moment for all of us…..what better way to say “Pakistan Zindabad!”

Did you watch the HUM Awards? Do share your thoughts about it.