5 Reasons Why Dunk Has Been a Major Disappointment

Dunk was one of those dramas most people were looking forward to watching because of its fresh pairing more than anything else. Bilal Abbas Khan and Sana Javed have both impressed the viewers in their recent dramas therefore the viewers had a reason to see them together on screen. Also, Dunk went on air a few weeks after it was announced therefore the excitement was still intact when it was aired. However, Dunk’s journey overall right from the time it was promoted has not been up to the mark. Even though it is one of those dramas which are getting the ratings, it has disappointed in many ways. While the producers manage to tick all the boxes which ensure viewership, they compromised on quality and authenticity. There is no denying the fact that all the actors have given their best but there is so much more that is just not right with the drama.

Here are the 5 reasons why Dunk has been a major disappointment.

The approach of the producers became quite apparent when few days before it aired, Dunk was promoted as a drama that was going to be really controversial. Fahad Mustafa made sure everyone knew what the basic premise of the drama was, which was in fact controversial. He went as far as saying that Dunk was a tribute to victims of false allegations of sexual harassment. Bilal Abbas Khan followed his lead and warned the viewers that Dunk was based on a ‘controversial topic. Well, the producers got the attention they were looking for since we all know that controversy sells! At a time when the #metoo movement was at its peak and there were so many people trying really hard to educate others regarding victim-blaming, in particular, Fahad Mustafa’s production house came up with a drama that seemed to be pleading the case of the group which indeed exists but is definitely in minority! Like Fahad Mustafa himself said that they were speaking for the 5 percent of the people involved in such cases! Even before the drama started the approach of the producers was quite apparent. 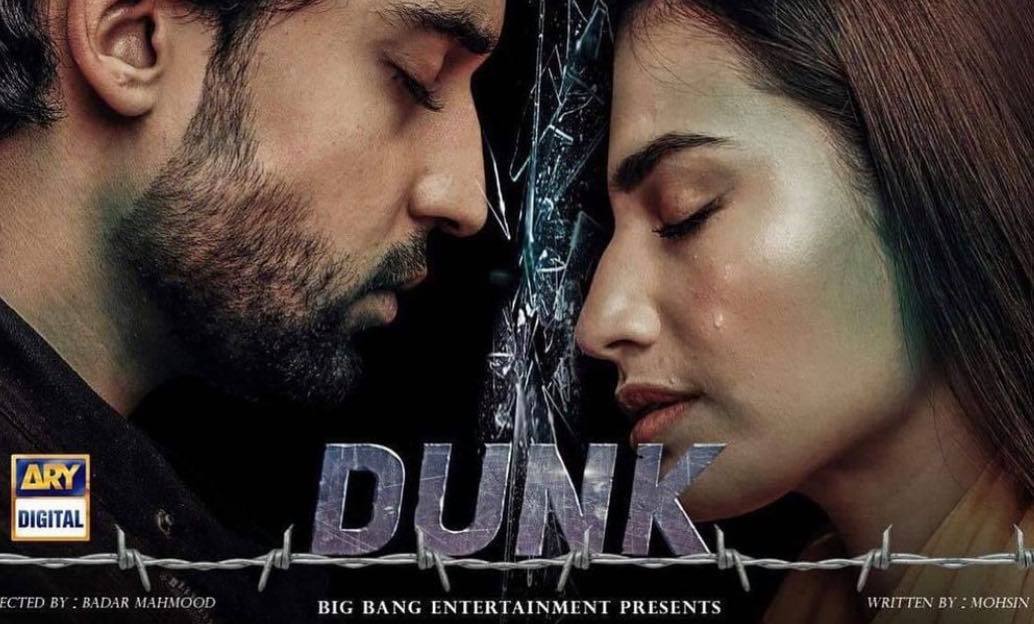 Fahad Mustafa gave another interview before Dunk aired and he made it clear that he was in the business of making dramas to earn money therefore that was his top priority. That was another unfortunate statement from someone who has in the past and even now made dramas on sensitive issues. He made his intent more clear than ever and this was a major put-off for many. Fahad Mustafa proved to be an irresponsible individual who couldn’t care less about the effect his dramas may have. This was definitely not the best start but we are pretty sure Fahad Mustafa did not mind the negative publicity he got since as a result of this many of the viewers tuned into the show out of curiosity. Big Bang Entertainment’s approach has always been ‘commercial’ right from their first drama Dusri Biwi but this time around they were not just commercial but also careless in their approach.

The Forced Element of Mystery

After Cheekh our drama makers, in general, have been fixated with adding an element of mystery to every single instance of harassment, rape, or murder! Since Big Bang Entertainment was the first production house that started the ‘trend’ it does not come as a surprise that they decided to carry on with it. While people love mystery, the mystery element in Dunk is forced since the producer himself revealed the main secret before the drama went on air. Why the viewers should even be wondering who is right and who is wrong when it has been spelled out for them already?! It was the most ridiculous idea to share the main premise of the story when half of the script rested on the mystery element! Most of the viewers tuned into the drama knowing that it was based on false allegations yet Amal’s character was meant to ‘dodge’ the viewers into thinking that she in fact was innocent. The major reason why the first half of the drama completely disappointed was that the treatment given to these episodes made no sense since the producer had already shared the main crux of the story. 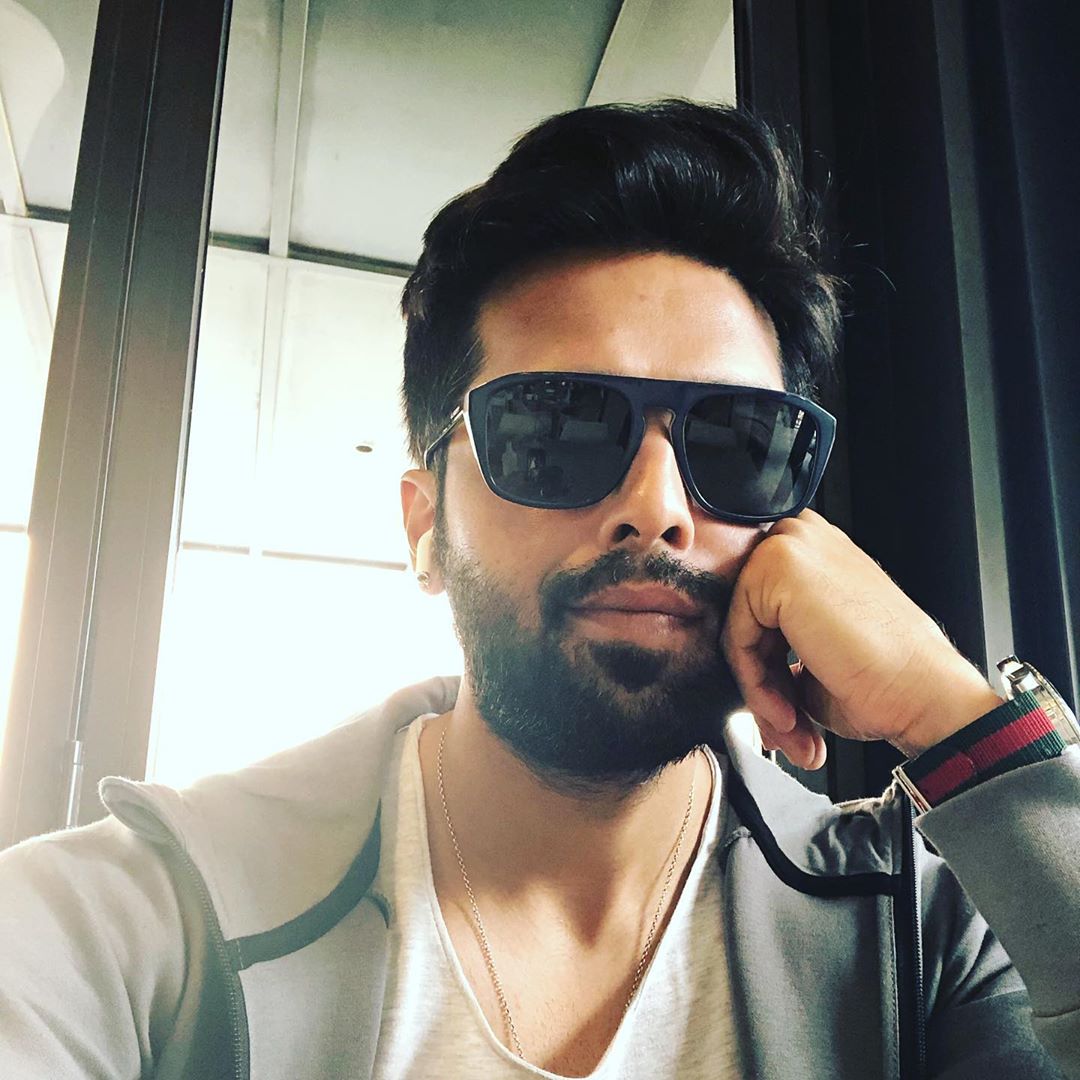 Since the intention of the producers was to sensationalize a serious issue, they must have asked the director to have an approach that was in line with their thinking. That is the reason why the director has given such a treatment to the drama that every single aspect of the story has been sensationalized to the maximum. The excessive and dramatic background music even when it is no needed is a lame attempt to keep the viewers ‘excited’ even when there is no reason! Apart from this, the rona dhona by the professor’s wife has been excessively exaggerated more than once. Although Yasra Rizvi is a brilliant actress otherwise she has gone overboard more than once while enacting the anger and frustrations of her character. The director’s main objective was to overdramatize the situations and his intention was never to tell the story! The script wouldn’t have come across as non-serious if the director had not tried so desperately to add the overdramatic element to the drama.

Drama serial Balaa was also produced by Big Bang Entertainment and it was a commercial hit by all means. The drama rested primarily on a negative female character who fooled everyone left right and center. Since this ‘formula’ worked and the public was hooked to Nigar’s negativity and even more so eager to find out how she would get punished in the end, the production house decided to follow the same formula here as well. Dunk rests heavily and to a nonsensical extent on Amal’s negativity which can easily be termed as psychopathic behavior. While Nigar’s negativity had a certain background, Amal’s behavior has been left unexplained. The only explanation given by the writer was that she wanted some excitement and she did everything to save Haider! Even after all these weeks, Amal’s actions have no concrete justification or reasoning other than the fact that she is pure evil! It is really convenient for the writers to rest their entire story on such unexplained negativity of female characters. Everyone else around Amal believes her with their eyes closed and no one suspects her for a second even! Just like it was shown in Balaa, Nigar literally got away with murder right till the end, Dunk will continue following the same route and the viewers will not get to see the kind of punishment they are waiting to watch Amal go through. Even the posters of the dramas are more or less the same! 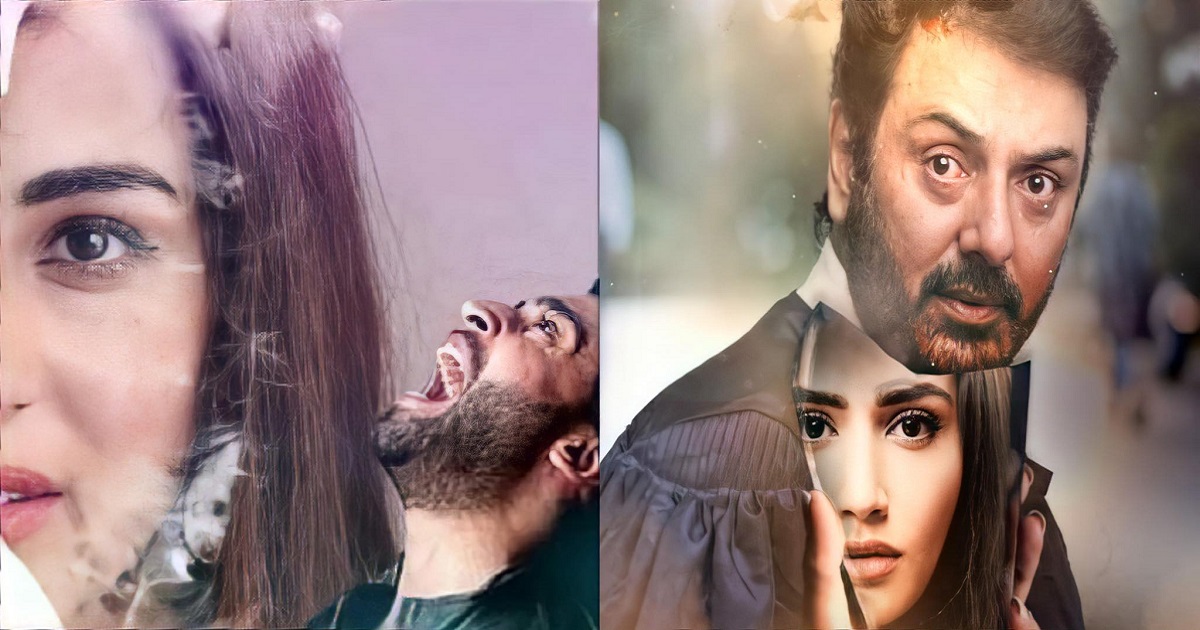 It is unfortunate that the public in general watches dramas centered around such characters which is why the writers create such balaas for dramas. Had the writer added certain nuances to Amal’s character or given someone else around her enough sense to question her actions and look at situations objectively, the entire storyline would have been more logical. Like is the case with any other such drama, one person is the victim (to an extreme extent) and the perpetrator gets away with everything right till the end.

It would be safe to say that Amal is the only central character in Dunk who has been leading for the past few episodes. Ever since Amal’s negative and toxic side has been revealed she is the star of the show, quite literally. The writer has penned down the story in such a way that Amal’s toxic personality and her evil designs are central to the story and everything else simply takes a backseat. This could easily have been Haider’s story as well if he was given more strength and wasn’t turned into a victim wholly. Like many other such dramas, the writer has glorified a negative character by making her get away with everything. The producer Fahad Mustafa said that people will ‘enjoy’ watching Dunk which means that he is pretty sure that the Pakistani viewers like watching such negative female characters. We really need to make more drama where the more nuanced characters take the lead and our heroines and heroes are not psychopathic individuals whose life revolves around making other people’s lives hell. 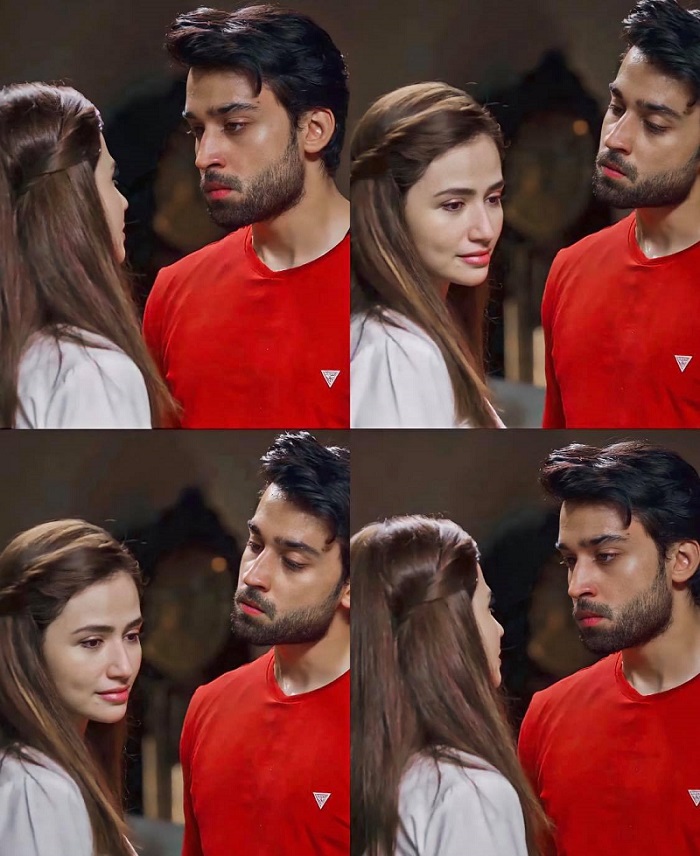 Also, the fact is that more women, in reality, are afraid of coming forward in cases of harassment and rape. Content such as Dunk will definitely not help anyone where a woman is being shown in such a light. Surely, there are negative and evil women but there are many more who in fact are victims, and showing such dramas can seriously impact their journeys. The fact is that Amal’s character and actions are being glorified because even after all these weeks, there isn’t a single person who even remotely doubts her. The storyline is definitely focused in a certain direction which is neither enjoyable nor educational!

While there are dramas such as Dil Umeed Tu Nahin and even Aulaad (from the same production house as Dunk) which have a definite purpose in mind, there are others such as Dunk which have the sole purpose of acquiring ratings and they can go to any length in order to achieve that end. The producers are more than welcome to make commercial dramas in order to gain more profit but they really should think twice before making dramas on such sensitive issues. Big Bang Entertainment in particular needs to stop cashing in on negativity by showing women as toxic individuals who exploit ‘poor’ men! 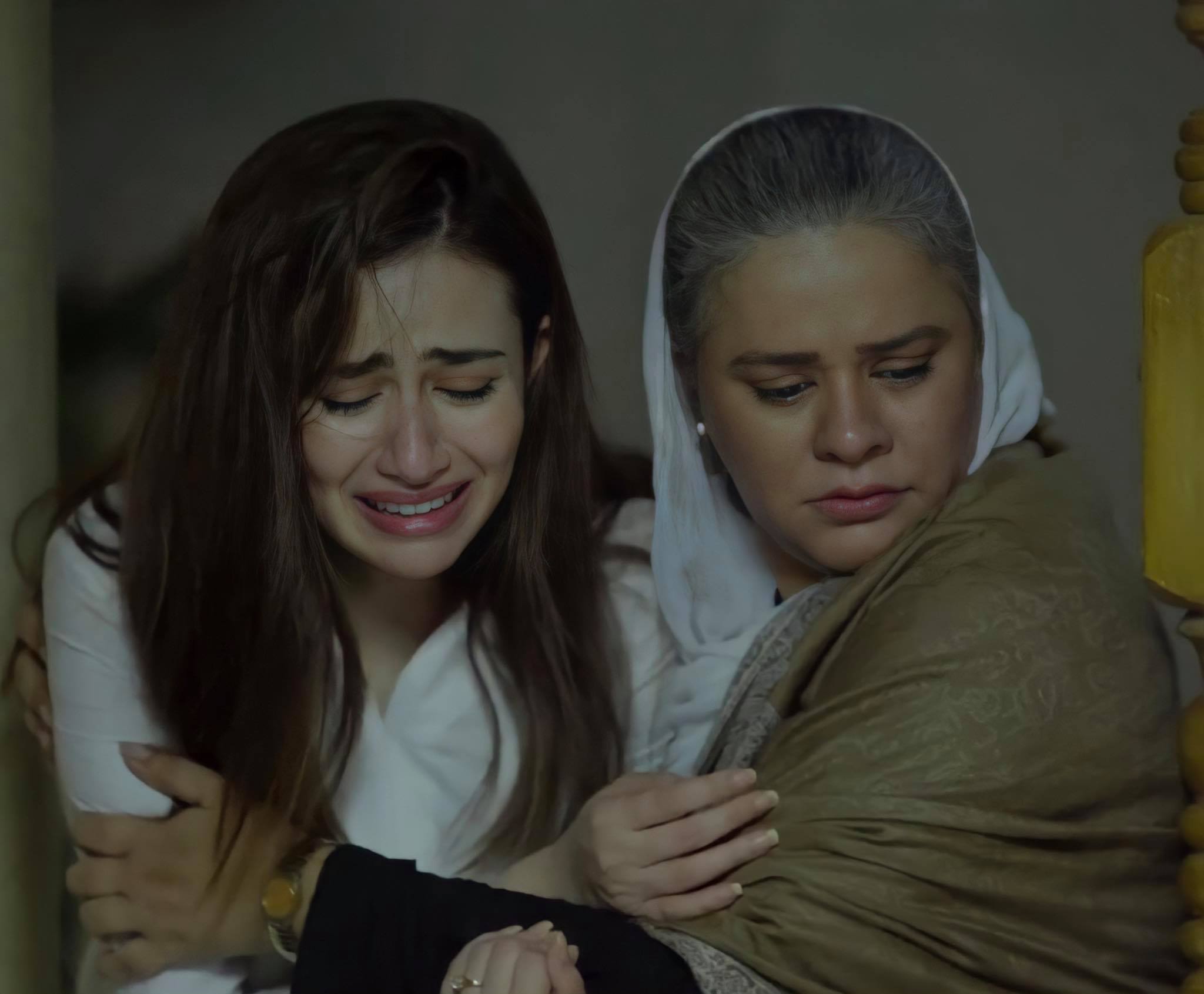 If they really want to support a cause then their approach needs to be more responsible and less commercial! Dunk producers don’t want to tell a story, they merely want to cash in on the project. Had it not been for the phenomenal acting of some of the leading actors, Dunk would not even be getting the views that it is getting owing to its problematic content and approach. After the success of Nand and Jalan, the negative woman running the show seems to be a favorite scenario with the Big Bang Entertainment.

Are you watching Dunk? What are your thoughts?