Pakistani drama industry has two basic sides to it, on the one side there are those dramas that are meant for commercial purposes and on the other side, there are those dramas that offer meaningful entertainment. Most of the people who are active on social media and are vocal about their opinions regarding Pakistani dramas appreciate dramas that offer meaningful entertainment. Pakistani producers and writers have experimented a lot in the past few years. Since 2021 in particular, our writers and producers have not been afraid of experimenting with different genres. However, if we take a look at all the dramas that have aired in the past few years, there isn’t a single historic drama that held the viewers’ interest. Hum TV’s Aangan was promoted as a period drama but it turned out to be a major disappointment. In fact, it made all the intelligent viewers question whether Pakistani writers should actually take up such topics or not.

This year, Jo Bichar Gaye took the viewers completely by surprise not only because of its content but also because of its powerful execution. This drama dares to show in detail the incidents that led to the East Pakistan tragedy. This drama has so much going for it yet it has somehow not been promoted as aggressively as some of the other commercial projects that air on Geo. The drama is based on a book written by Col. Z. I. Farrukh who also happens to be one of the main protagonists in the story. He was one of the army men taken in as prisoners of war when Dhaka fell. Haissam Hussain and Mehreen Alam are in charge of the screenplay and the script has been written by Ali Moeen. This drama also marks the comeback of the iconic director Haissam Hussain’s to television and Nadia Jamil also made her acting comeback with Jo Bichar Gaye. The production house H2 Films definitely deserves credit for taking this initiative and putting together this masterpiece. 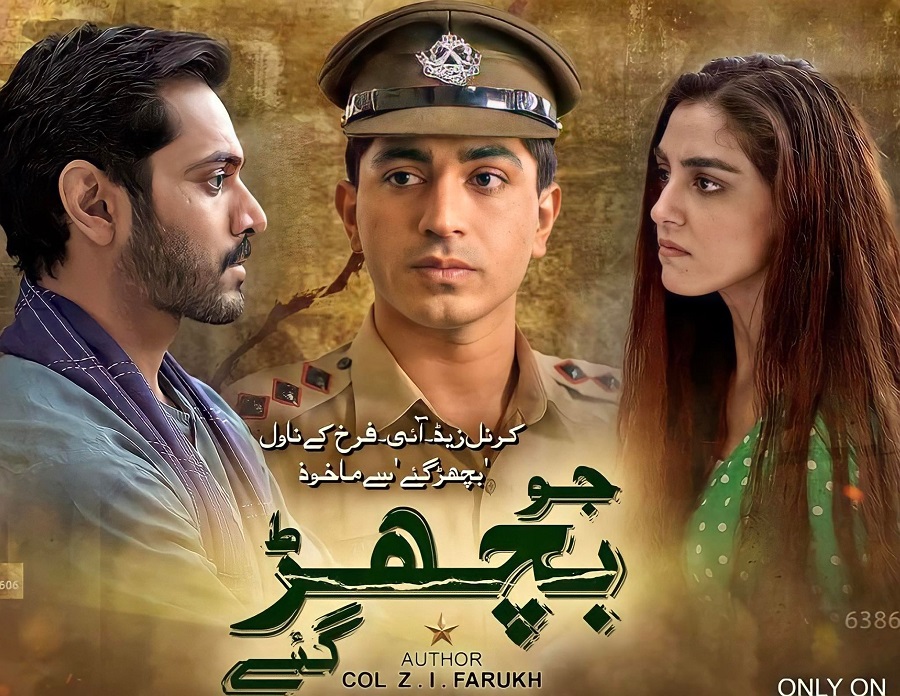 Here are 5 reasons why Jo Bichar Gaye is a masterpiece that is a must-watch:

We sincerely believe that content is the king especially when a writer takes up the task of writing on a topic that is novel, sensitive, and also controversial. Jo Bichar Gaye’s writer has intelligently and neutrally managed to shed light on all those factors which led to the fall of Dhaka. The fact that the novel this drama is based on has been written by someone with vast military experience who was stationed in Dhaka and was in the middle of the conflict reflects in the details which have been the focus of attention right from the beginning. Fall of Dhaka is one of those tragedies which aren’t talked about often in media, especially those aspects where the establishment disappointed its own people. The shortcomings of the politicians and the failure of the establishment to take concrete steps on time are some of the aspects of this era that are not discussed openly. The script of the drama with the utmost clarity shows all the different dimensions of the issue in the fairest manner. It focuses on the lack of foresight, conspiracies, and also the way young people such as Rumi were misled and used for ulterior motives.

Even though Jo Bichar Gaye stands out from other such dramas because of the way it presents facts and figures, it does not compromise on the human element which is the essence of any on-screen presentation, at all! In fact, it is impressive how the writer has managed to give easy access to the viewers to the psychological depths of the characters. Most of the time when novels are adapted on television, this depth is lost but Jo Bichar Gaye has highlighted the personal struggles of these characters and their relationship with their ‘cause’ with the utmost precision. This automatically leads to the viewers’ feelings everything the characters are going through and connecting to them makes the experience wholesome. The writers and the director have done exceptionally well while striking a balance between what is going on on the political and military front and everything happening in the personal lives of these characters. You find yourself just as invested in their personal relationships as you are in the events on the political front. 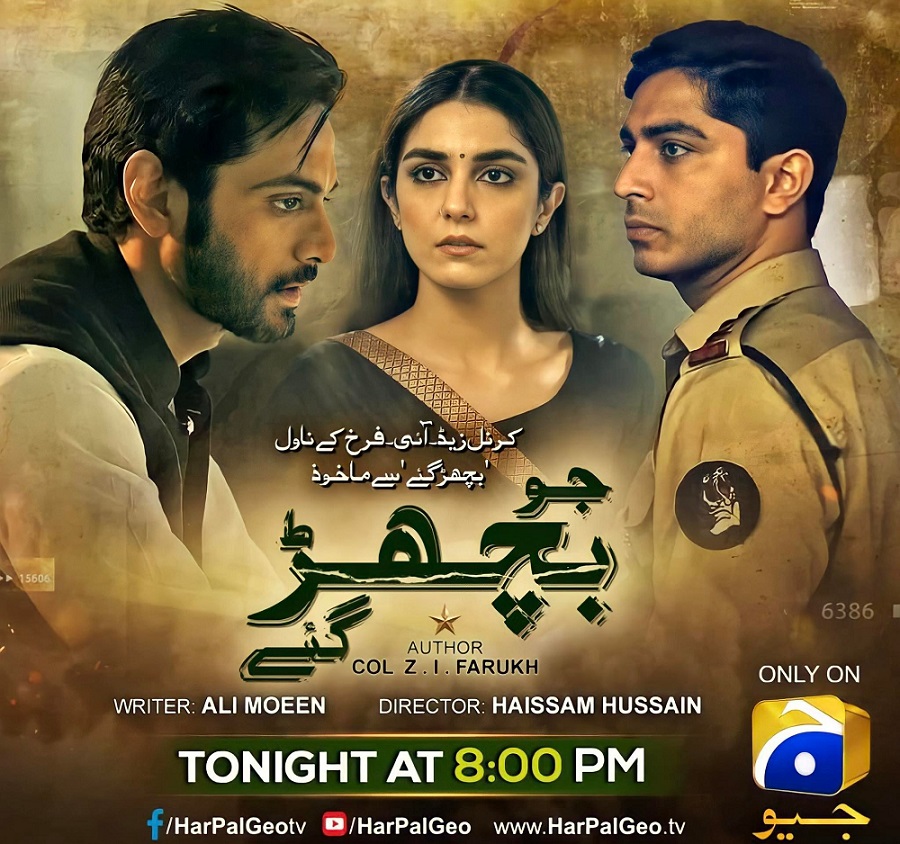 Who could have thought that these talented writers would be able to fit in the most poignant light-hearted moments in an otherwise bleak story? Well, the makers of Jo Bichar Gaye managed to do just that in the most brilliant way possible. While on the one hand you are completely shaken by the conspiracies, on the other hand, Sonia and Captain Farrukh’s track provides much-needed comic relief. Sonia’s mother definitely takes the lead there with her desperate attempts to find the right suitor for her daughter and her disappointment with finding out that her daughter chose someone like Captain Farrukh. Her character is a breath of fresh air and adds the kind of human element which is usually not a part of such stories. This entire track has a very classy yet comic feel to it.

Anyone who has watched Haissam Hussain’s projects will agree that no one can beat him when it comes to choosing the right actors for the roles. He is also one of those few Pakistani directors who have introduced many new faces to the industry. He is also one of those talented individuals in the industry who think outside the box and cast certain seasoned actors in roles they have never been seen in before. Starting from the leading cast such as Wahaj Ali as Rumi, Maya Ali as Sonia, or Taha Chahour as Captain Farrukh to the supporting actors such Nadia Jamil in a candid and interesting role and all those new faces in the most powerful roles, everyone literally manages to transport you to another world. You forget that you had recently seen Wahaj in an entirely different role in Dil Na Umeed Tu Nahin and Maya Ali has recently tested our patience as Rakhshi!

All these actors have not just nailed their roles but they have proved that they were meant to perform such roles. The credit for that goes to the director as well because some of these actors are either new to television or have given average performances in the recent past. It basically goes to show that when actors are chosen to play meaningful characters, they showcase their best abilities. Each actor manages to leave a lasting impression with the leading cast taking the lead, in the true sense of the word! 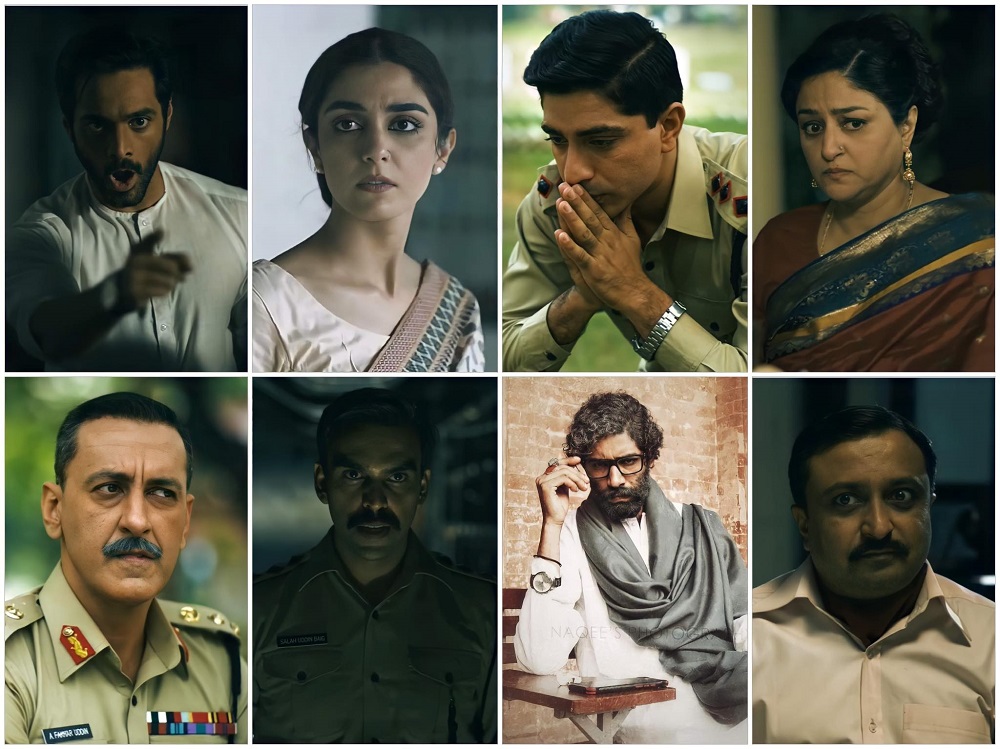 While shooting any drama locations play a pivotal role. These locations are of even more significance when a period drama is being shot. The directors and the producers chose locations that breathe life into that era and make you forget that you are watching a drama that was recorded in the present era. Much of the drama has been shot in GC University, Lahore, which is visually stunning and its architecture is nothing short of a masterpiece. The other locations from Lahore which have been used as the army headquarters are just as well-suited for the era that is being shown. The camerawork and the cinematography add to the visual appeal even when the message being conveyed through these visuals isn’t always pleasant. The kind of hard work which the team put into making the visuals as realistic as possible shows in every single scene. They did not rely on make-shift sets but chose locations that have brought that era to life.

Other than this, the overall looks of all the actors involved are completely in line with the era and the roles they are playing. Most importantly the actors are seen carrying these looks with the utmost ease. This adds to the effortless portrayal and gives the realistic feel needed to make their stories more relatable.

All those viewers who have tuned into Jo Bichar Gaye have been blown away by it, which basically goes to show that the Pakistani viewers want to watch dramas that are not run-of-the-mill. Jo Bichar Gaye is definitely setting the bar higher than ever. Are you watching the drama? Share your thoughts about it.