Iqra Aziz and Yasir Hussain are a well-loved couple of Pakistani drama industry. Although when they officialized their relationship, they received a lot of negative opinions over the course of their courtship. However, all those negative comments were put to rest when Iqra and Yasir got married and people got to see how beautifully, simply and gracefully the couple tied the knot, showing that despite being so famous, they only wanted a simple wedding which brought nothing but comfort and happiness to them.

Iqra Aziz and Yasir Hussain have been very honest and open about their relationship. They like sharing it with those who love and appreciate them as hardworking individuals as well as a couple. They both continue to share cute moments with their fans and some of the fun activities they do, this way their fans stay connected with the couple and get to be a part of their general life happenings.

Iqra and Yasir both have been very appreciative of one another. On different occasions, they both have shared their feelings honestly about each other and that has not changed ever since their marriage. They are famous for their fun and cute interactions on social media and they like being seen as a couple that has a unified presence on their social media handles. Iqra Aziz has repeatedly spoken about all the things that Yasir does for her which makes her happy and explains what a doting husband he is.

Here are 5 special things that Yasir Hussain does for Iqra Aziz:

Iqra Aziz feels lucky to have married a man who cooks great food for her. Iqra was never into cooking but after her marriage, she is slowly taking interest in it. However, Iqra only cooks depending on her mood, especially when she feels like it but for the rest of the days, Yasir covers for her. Yasir is a great cook and he too enjoys doing it for his beautiful wife. This was probably the very first special thing that circulated on social media about the couple because when Iqra started missing her usual Pakistani food, Yasir made sure that he cooked it for her when the couple was on their honeymoon in Sri Lanka. 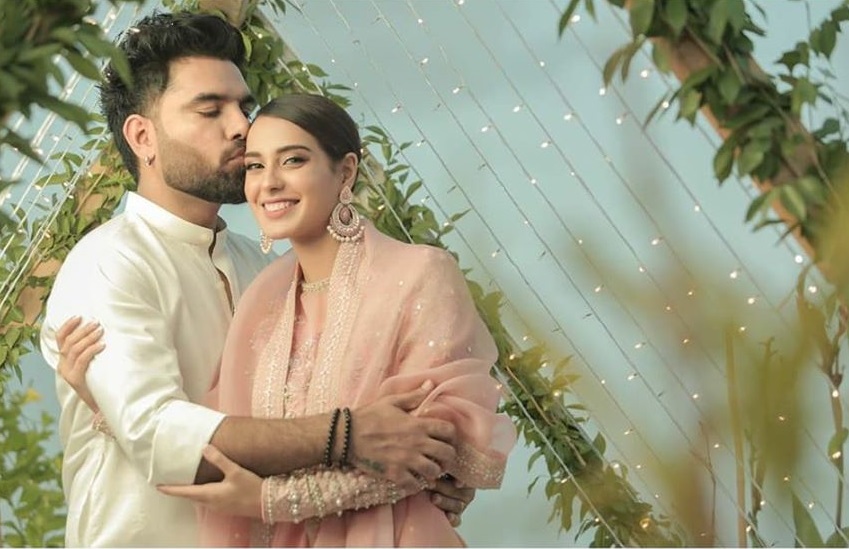 This is yet another special trait of Yasir that Iqra absolutely loves. She feels it is very important for a person to have a positive outlook on life because that way, a lot of things are settled and shape up for the better. Iqra feels she gets to learn so much from Yasir only because of the way he perceives life and approaches it. She feels he has a very easy-going attitude when it comes to everything, which is something she finds absolutely special. 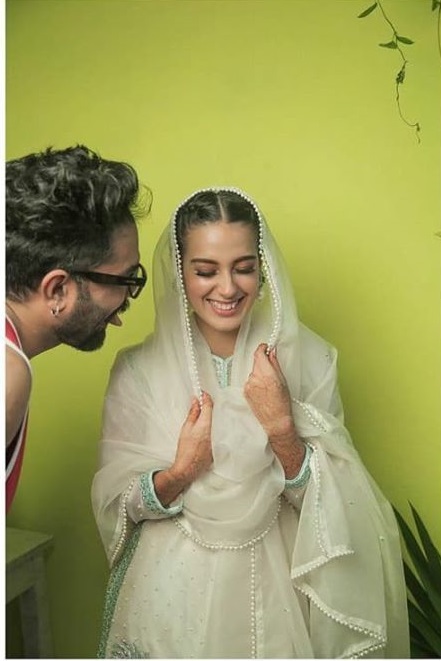 Iqra Aziz was quite young when she joined the industry. She steered through her career on her own but being a young girl, she too had some inhibitions. She feels after meeting Yasir, she has attained more confidence because he has instilled it in her. Iqra has felt a drastic change in her personality because Yasir helps her build her confidence by making her believe in herself. Iqra too has groomed herself a lot but with the help of her husband, she definitely feels she has come a long way because Yasir tells her there’s nothing she can not do. 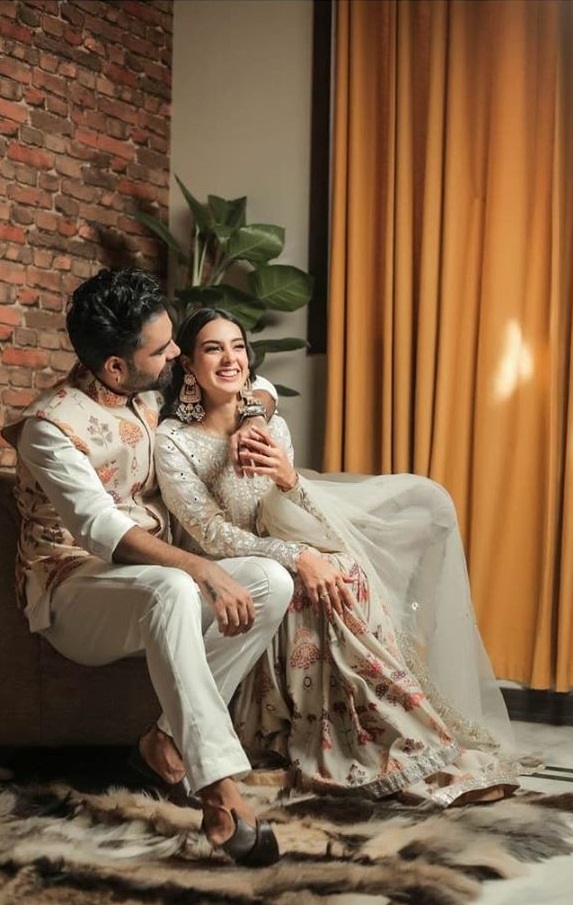 Yasir Makes Iqra Appreciate Herself As a Woman

Another beautiful aspect of their relationship is that Yasir constantly praises Iqra. He appreciates her presence and because he is a brother of 9 sisters, he has it in him to appreciate and respect women. Iqra feels Yasir makes her appreciate herself as a woman and she too feels because he was always surrounded by inspiring female figures all his life, he sees women in general as respect-worthy. 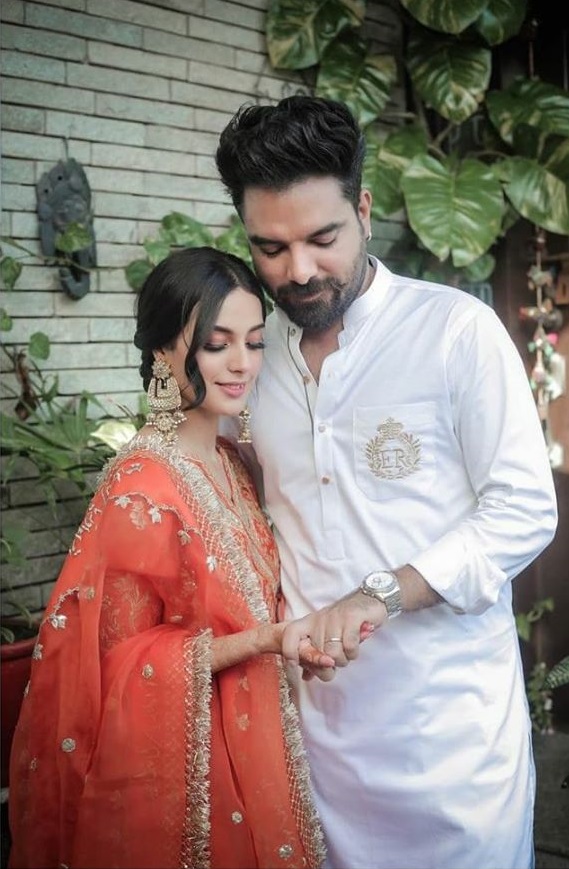 Yasir Hussain Wants Iqra To Study and Learn Some Skills

Be it an education of any sort like learning some skills or even just a painting class, Yasir constantly tells Iqra that she should broaden her horizon and do what she is passionate about. Iqra feels Yasir gives her good guidance and shows her the right direction when it comes to these things. Yasir is very much into decorating his house with paintings, therefore he wants Iqra to paint so that he can hang it on one of the walls of their house. Iqra feels wives always support husbands in pursuing their passions but in her relationship, it is Yasir who has taken up that role and continuously motivates her to do what she likes and the dreams that he sees for her. 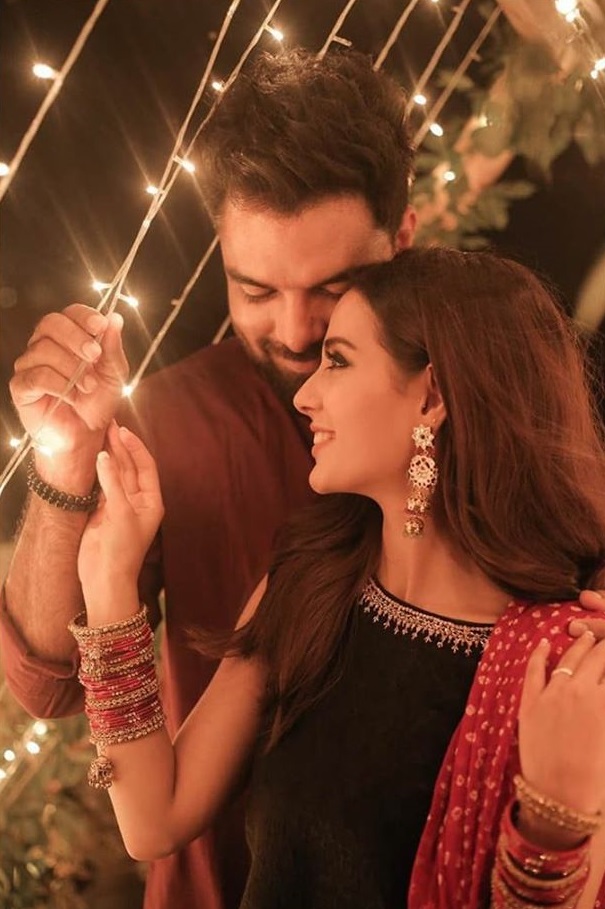 This concludes the list of those special things that strengthen Yasir and Iqra’s bond as a married couple. What is your opinion about Iqra Aziz and Yasir Hussain? What is your favorite thing about them as a couple? Feel free to share your opinion.