Things were quite interesting as soon as the news of Humayun Saeed being cast as Dr. Hasnat Khan in Netflix’s The Crown season 5 broke out. People started congratulating him and people from all over the industry loved his casting as he would become the first Pakistani to be cast in a Netflix original.

Aadi Adeal Amjad also came forward to congratulate him in a comic way which he is known for. However, things turned sour when people thought his statement was an indirect jab on Sajal Aly who has recently revealed that she let go of a part in a Hollywood project because of a bold scene. This is what Aadi wrote: 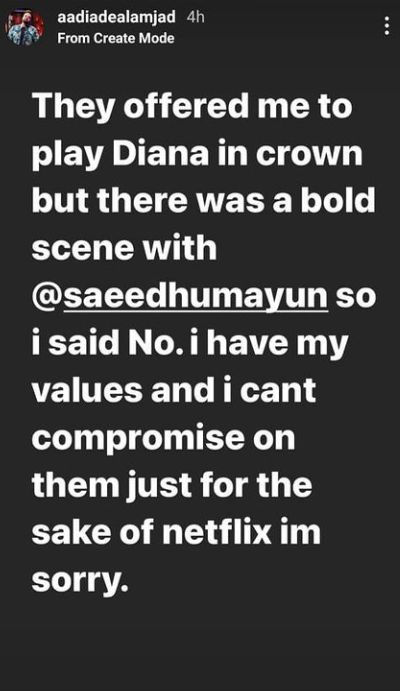 When everyone thought it was a hit at Sajal Aly, Aadi came forward to clarify that it was just a joke and he does not understand why people are not taking a joke for a joke and making a controversy. This is Aadi’s clarification: 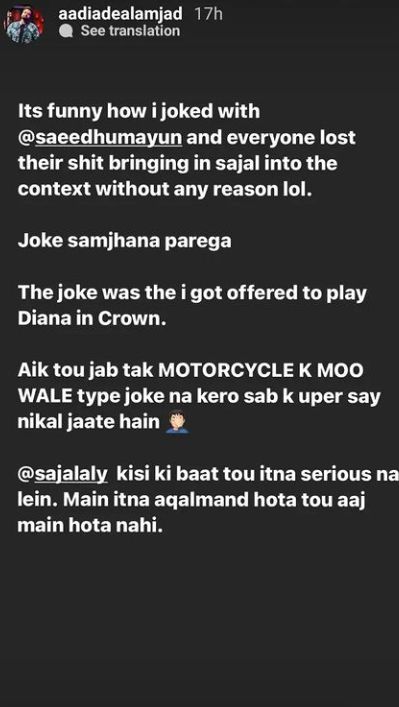 Well, a joke can blow up to become a controversy. Aadi rightly cleared it off.