Kubra Khan is loved by millions and is surely one of the top actresses right now with a number of hits under her belt. She has been a part of Jawani Phir Nahi Ani 2 and will soon be seen in Alif which is hands down one of the most anticipated dramas. Alif will air on Geo Entertainment soon.

Kubra Khan came on Ehsaas Ramzan and she was looking serene clad in an all-white outfit. She paired the look with some traditional jhumkas and kept her makeup natural. Kubra Khan has come  live this Ramadan season several times giving her fans an opportunity to know her more. She even appeared on Jeeto Pakistan. Here are some pictures from her appearance on Ehsaas Ramzan: 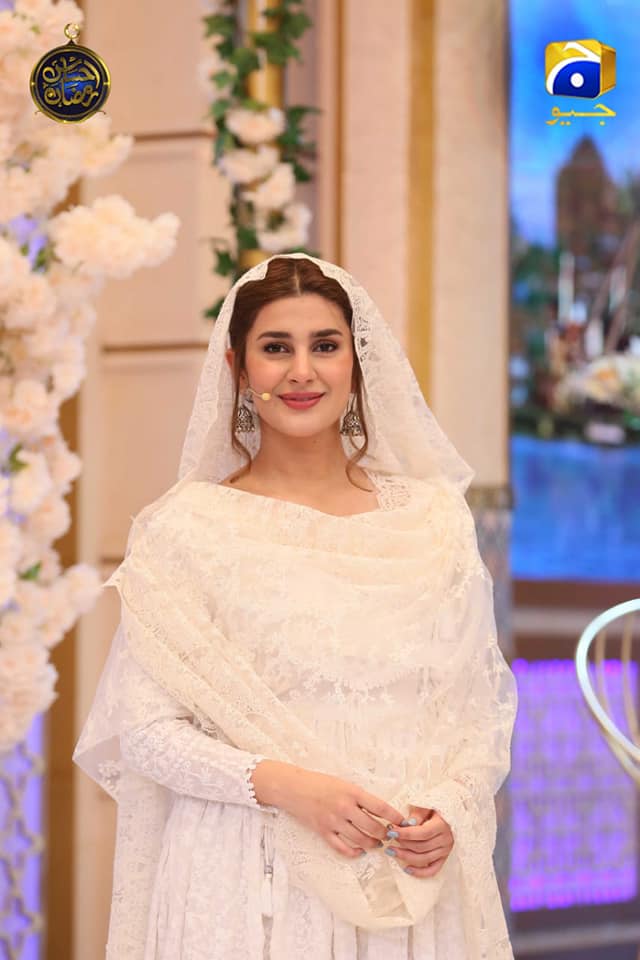 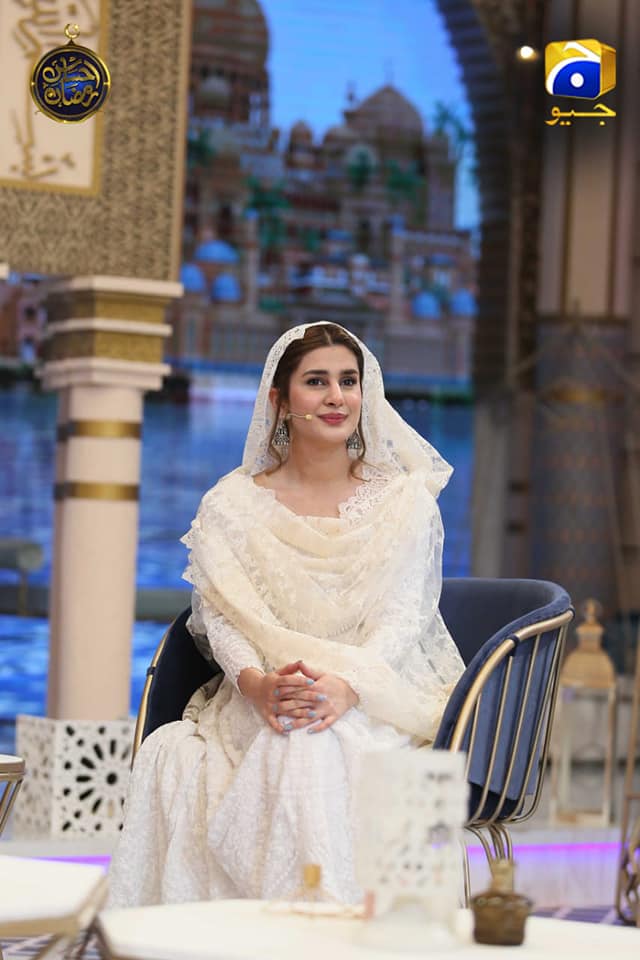 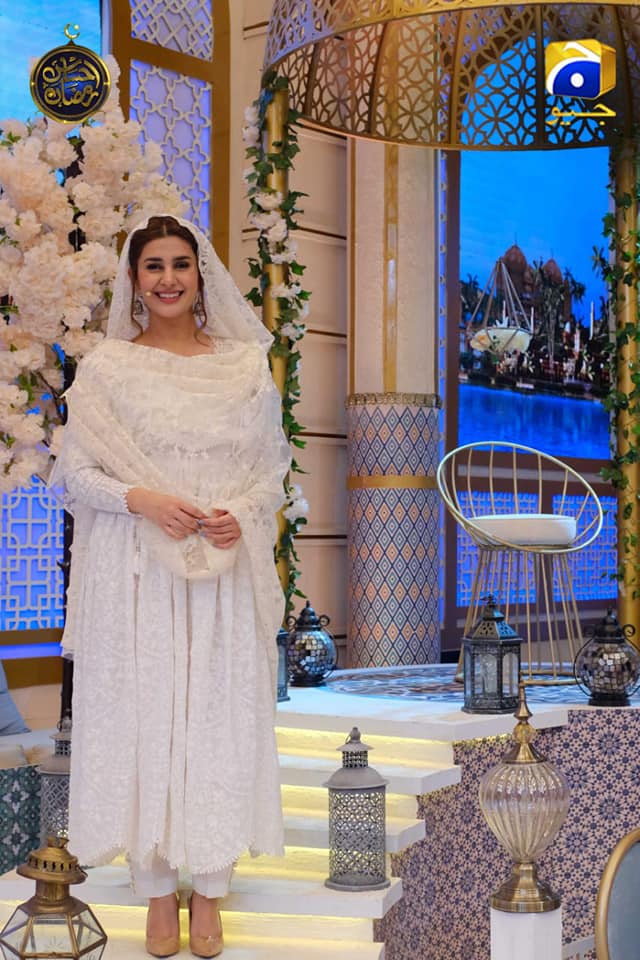 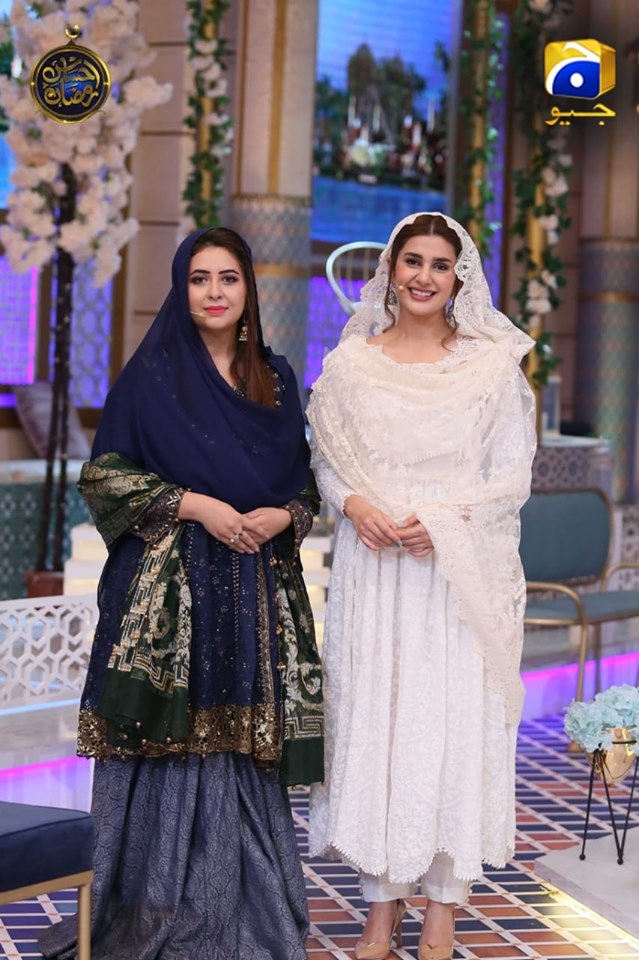 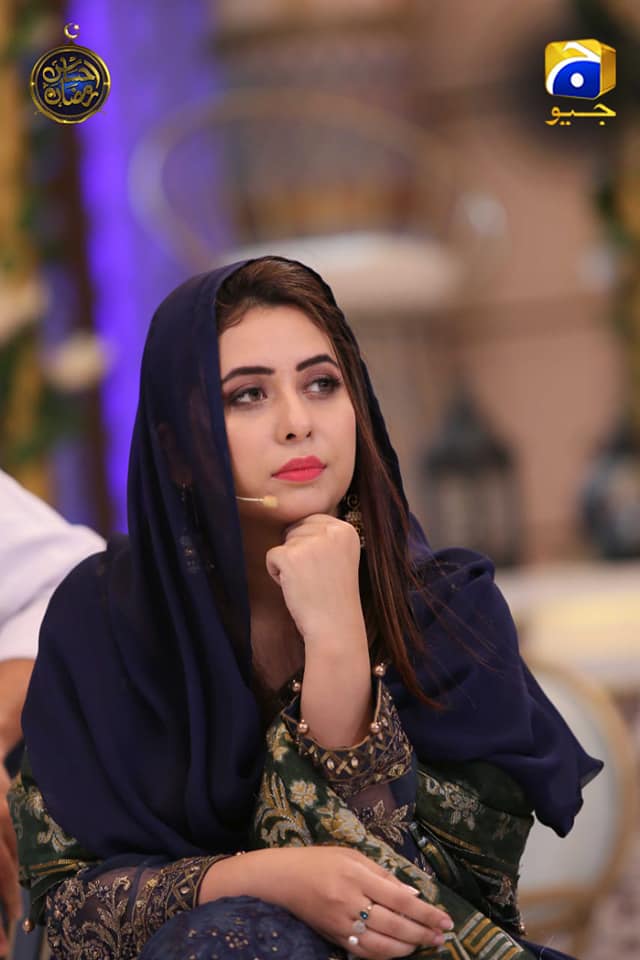 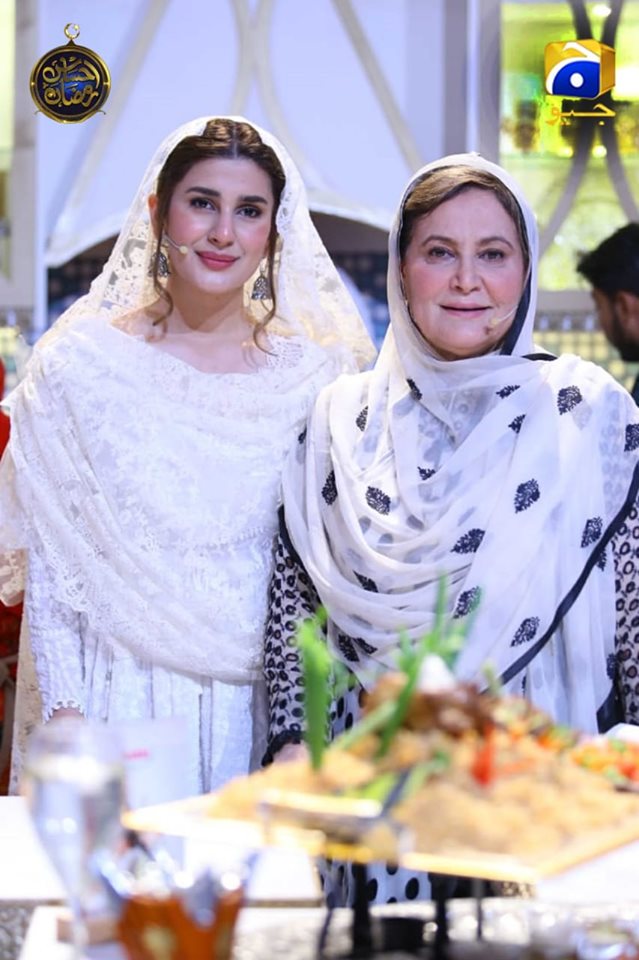