Recently a Turkish delegation visited Pakistan including Celal Al AKA Abdur Rehman Alp and the producer of the extremely popular serial based on the history of the Ottoman Empire Drilis: Ertugrul; Mr. Kamal Tekdin. A couple of months back the news of Humayun Saeed and Adnan Siddiqui inking the deal with the producers of Ertugrul Ghazi broke the internet. Now when a Turkish delegation has visited Pakistan Adnan Siddiqui and Humayun Saeed greeted the honorable guests by themselves and had spent a great time together. Along with our stars Minister Shaheryar Afridi, Shibli Faraz and Dr. Kashif Ansari of Ansari films also welcomed the delegation.

Adnan Siddiqui just shared the pictures from their meeting and from the long written caption, it seems like he is absolutely in love with our Turkish guests. Adnan’s caption read:

The man in the middle stands tall in physical appearance and commands immense respect as an actor-star too. Abdur Rehman on-screen and real life Cel AL has won many hearts in Pakistan with his role of a valorous warrior who is distinct in actions and thoughts. We were no exception! Look at the grins on our faces! For the entire time he was in the room, it was bursting with an infectious joie de vivre. Didn’t feel like we were meeting him for the first time.

Though he says he’s fallen in love with Pakistan and our hospitality, I must tell you my friend, you have got two fans for life in mega star Mr Humayun Saeed and a fairly popular actor yours truly.

Sharing some candid and some posed shots from our meeting with the Turkish delegation that includes producer of the famous Ottoman epic Diriliş: Ertuğrul, Mr Kamal Tekdin, our honourable ministers Mr. Shaheryar Afridi and Mr Shibili Faraz with Dr. Kashif Ansari of Ansari films.” 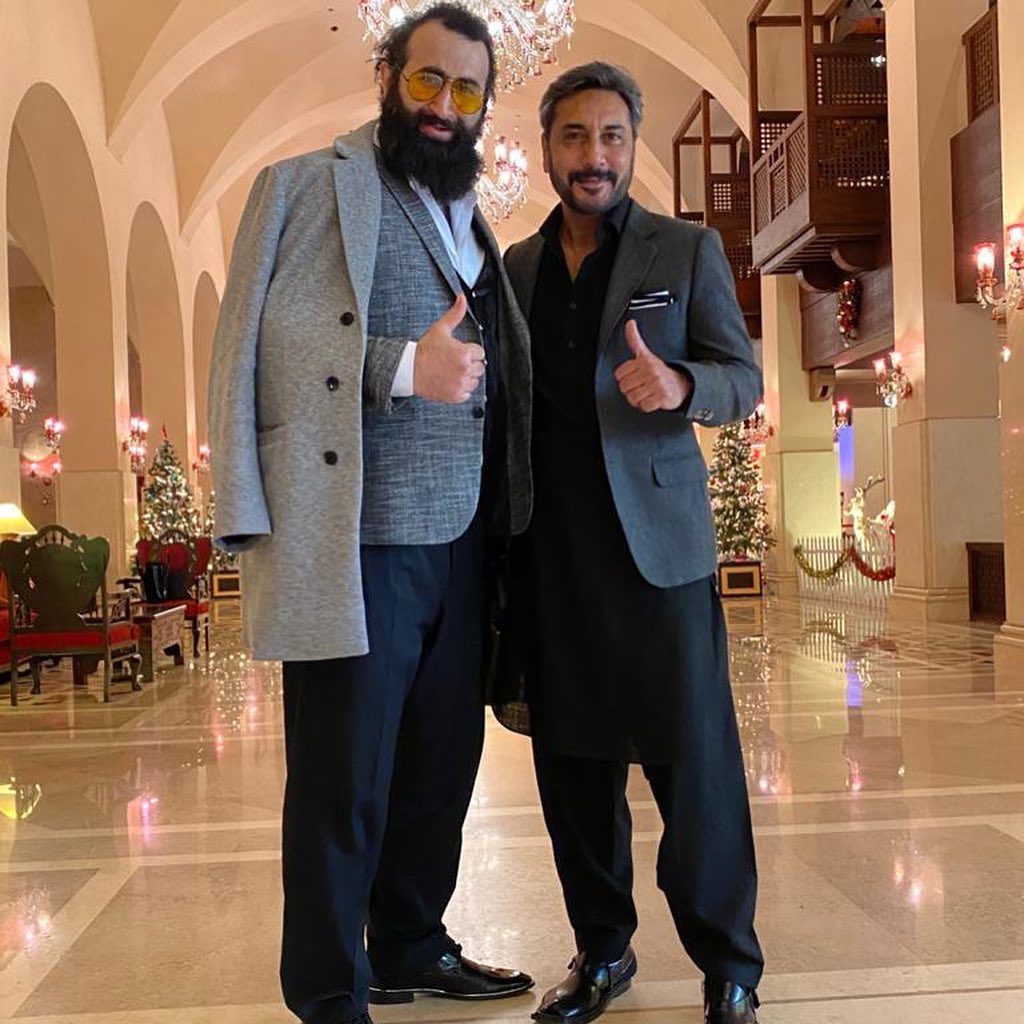 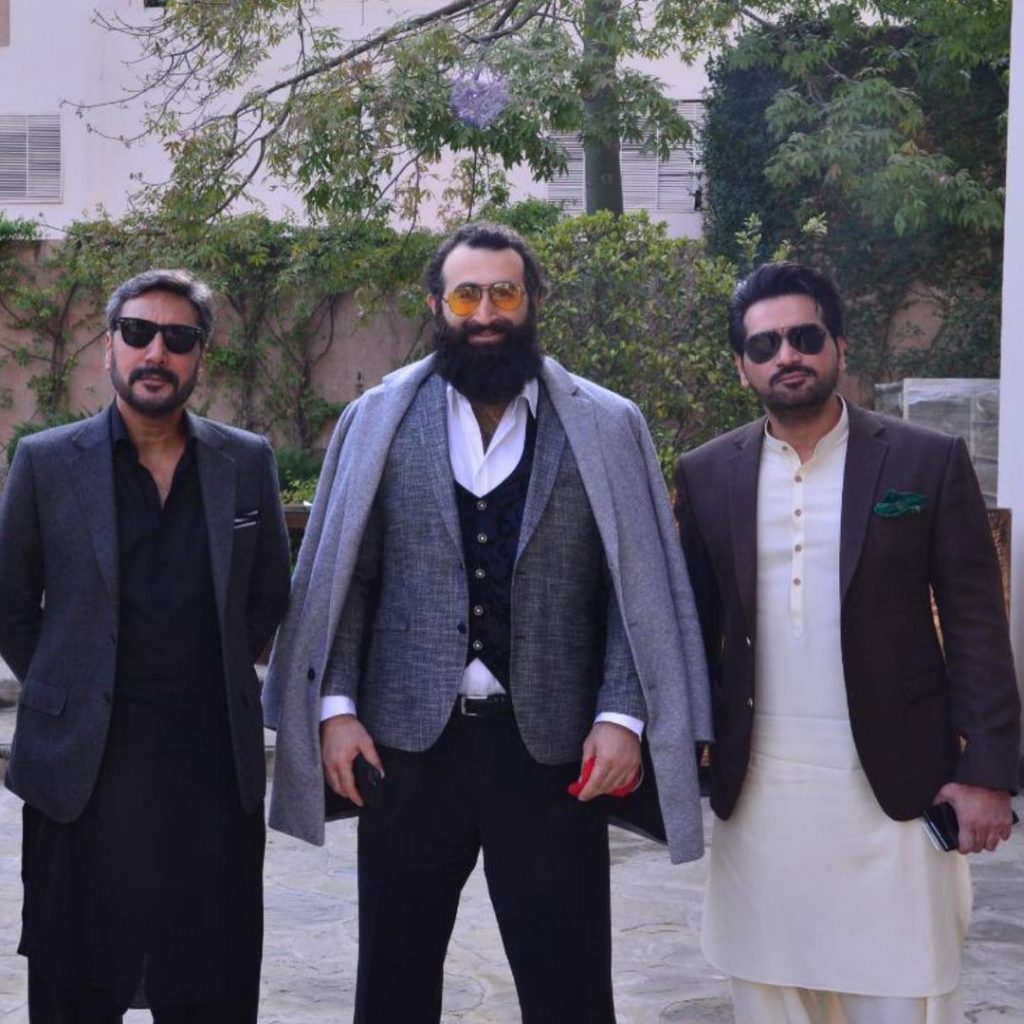 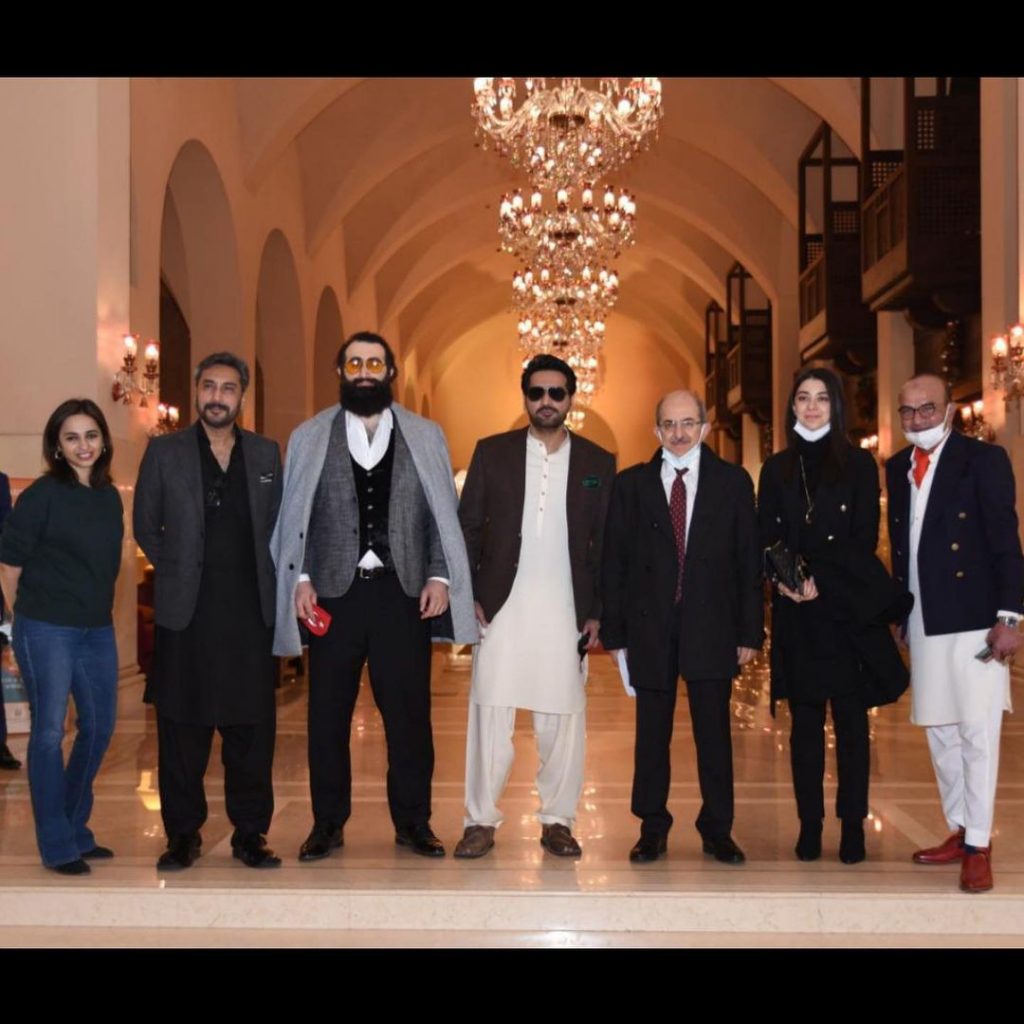 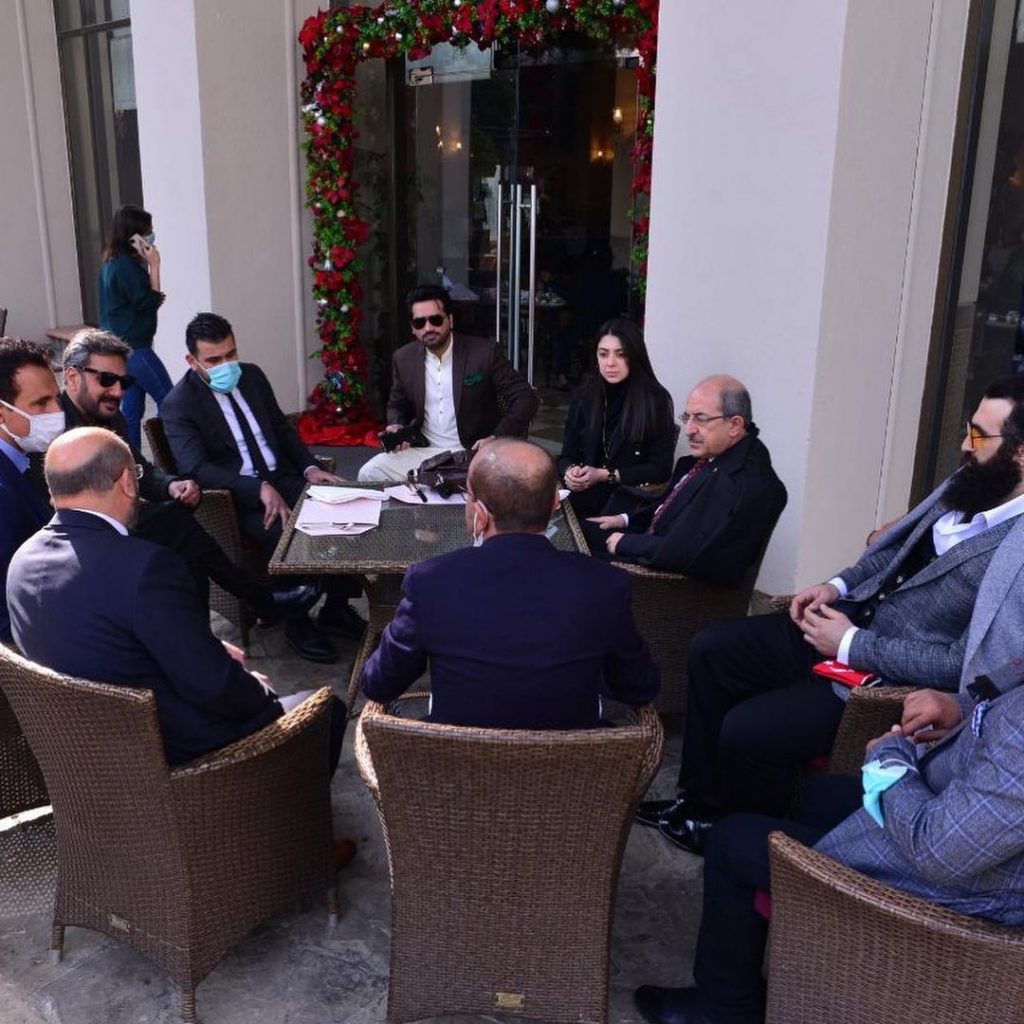 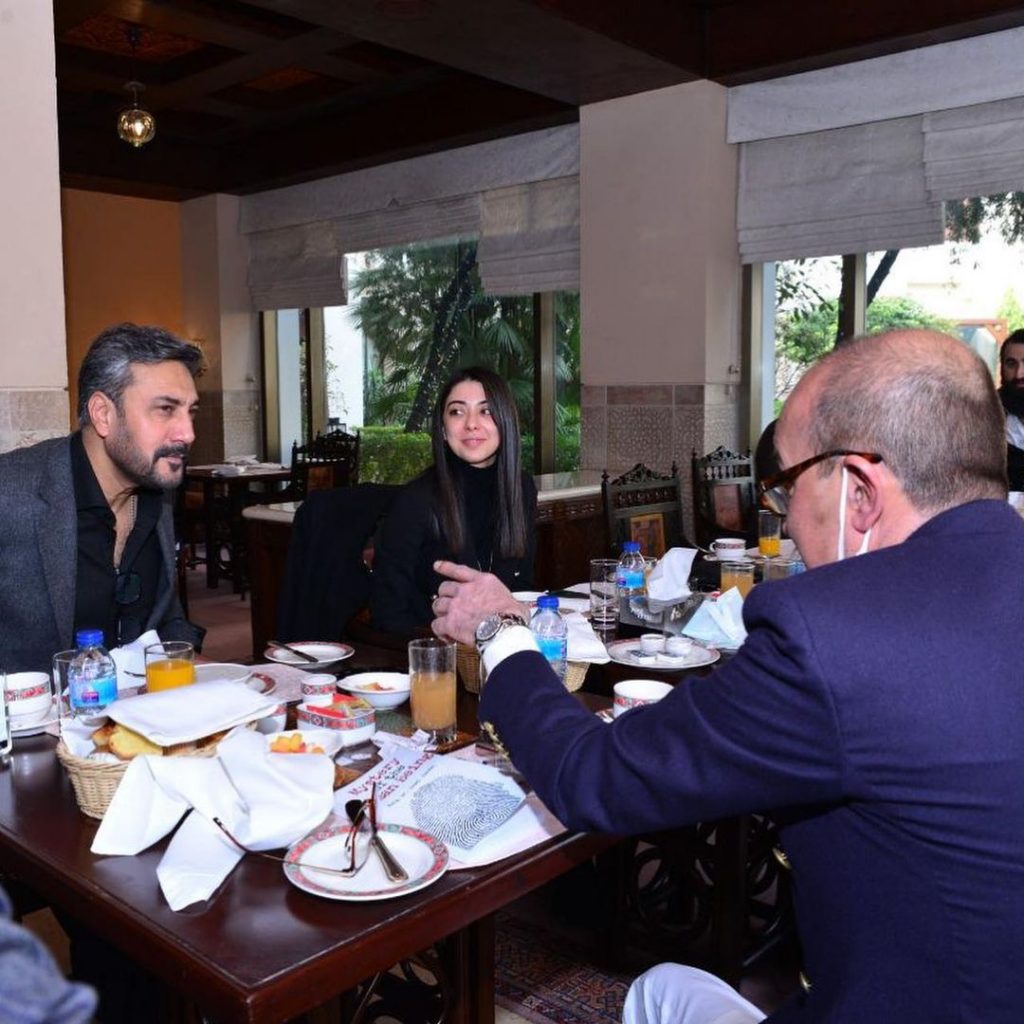 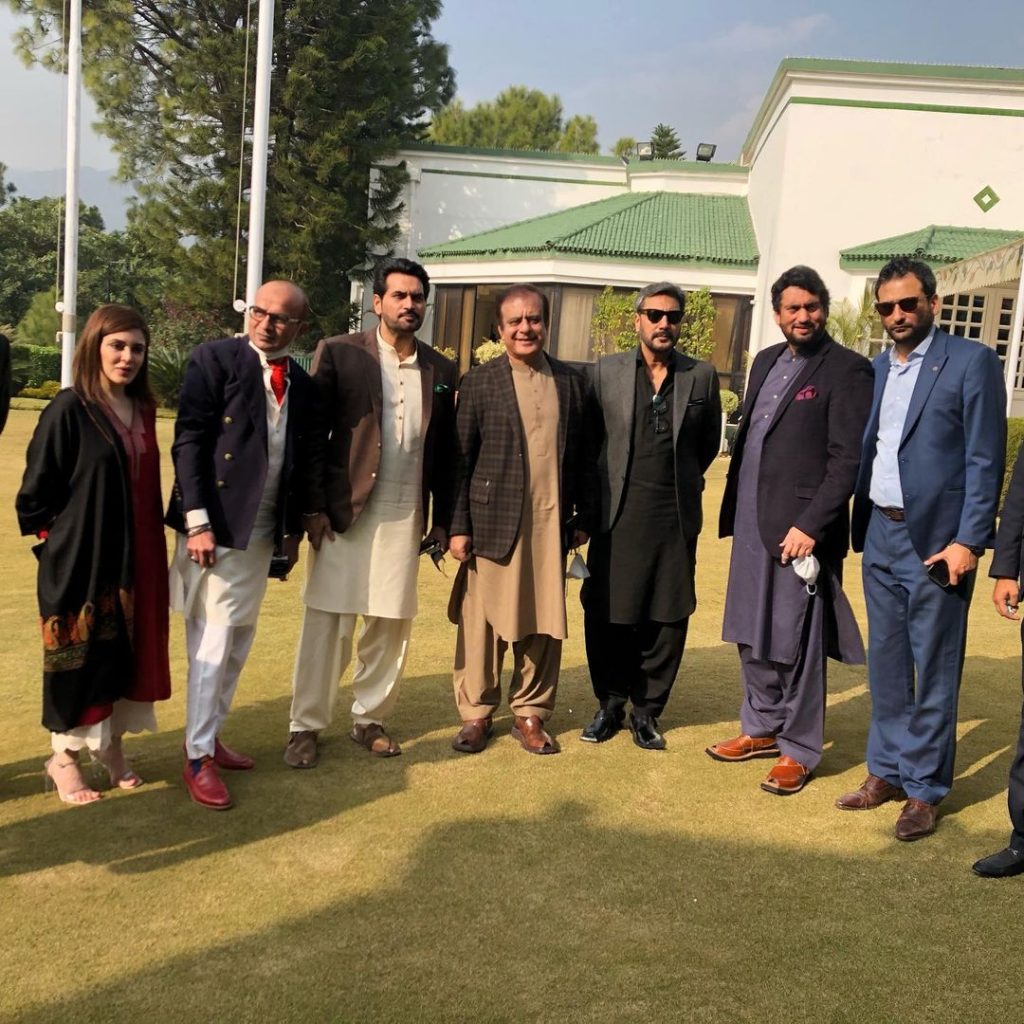