Adorable Eid Pictures Of Aisha Khan With Her Family

Aisha is a beautiful and accomplished Pakistani television and film actress and model who has ruled the television screens for a long time. She is mainly known for her amazing character in drama serial ‘Mehndi’ that aired in 2003 since then her journey of success started and she kept on furnishing prodigious performances one after another. She is married to an Army officer Major Uqbah who is a son of MNA Asma Qadeer, and the couple is blessed with an adorable daughter. 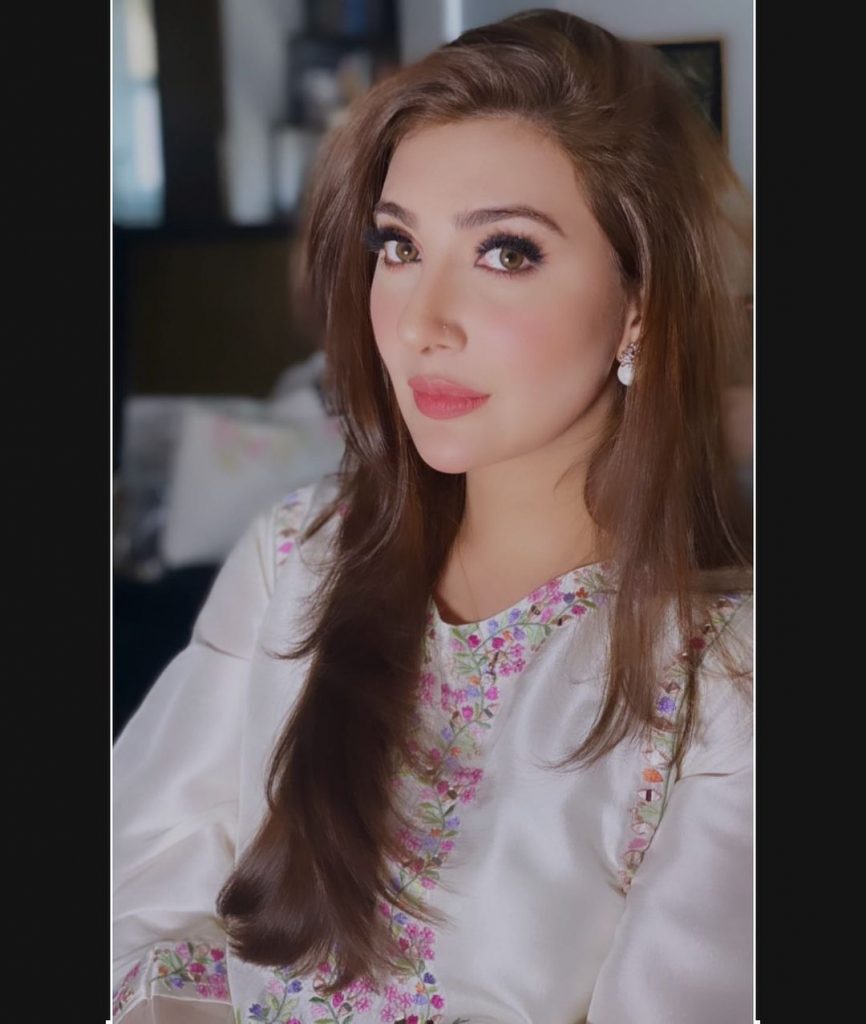 On the day of Eid, Aisha Khan is all dressed up to celebrate this beautiful occasion with her family. Let’s have a look on some of the beautiful family pictures of Aisha Khan celebrating Eid. 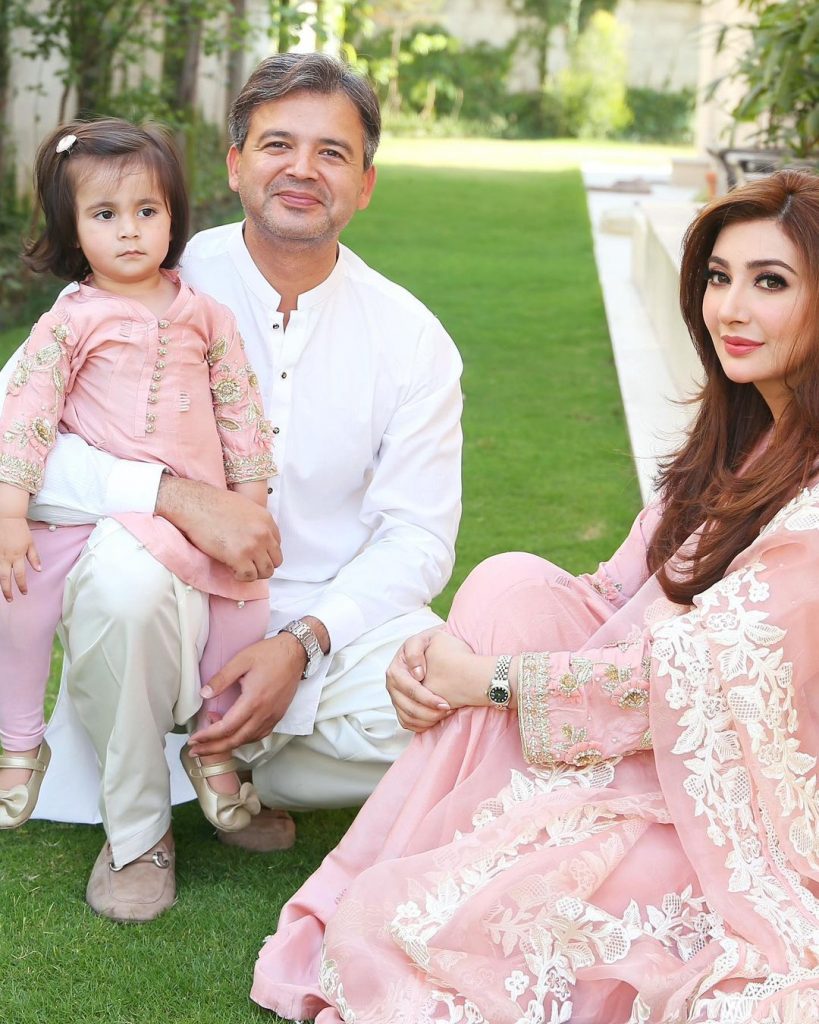 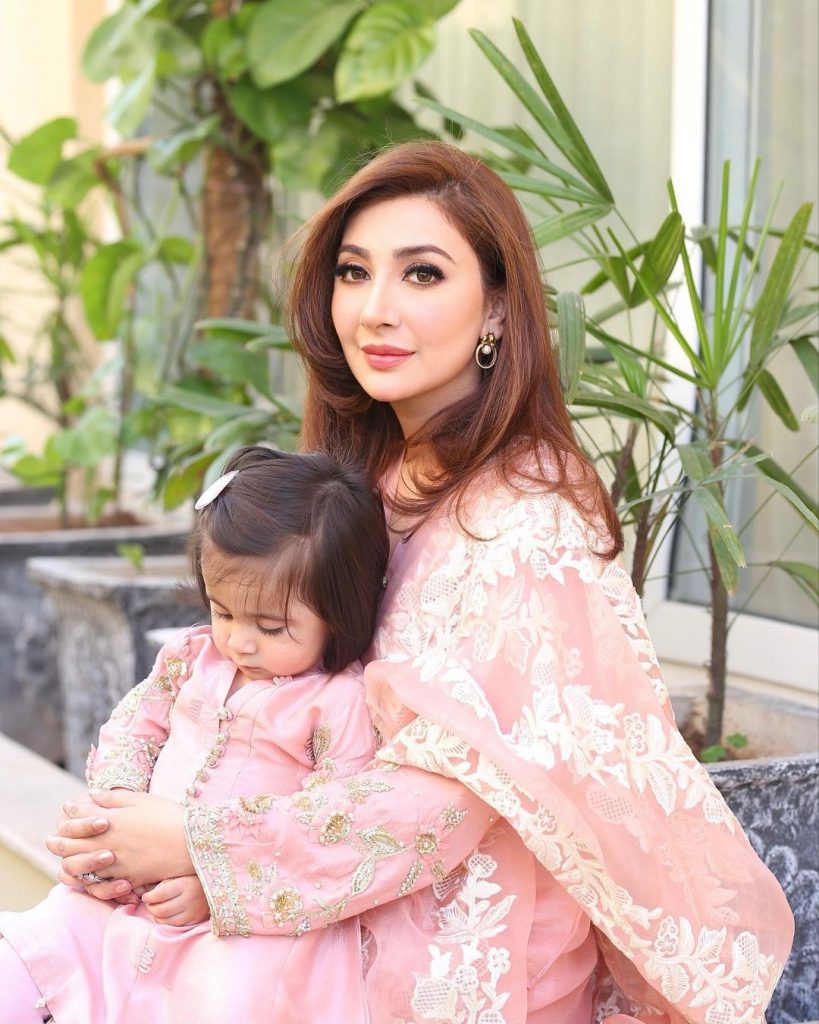 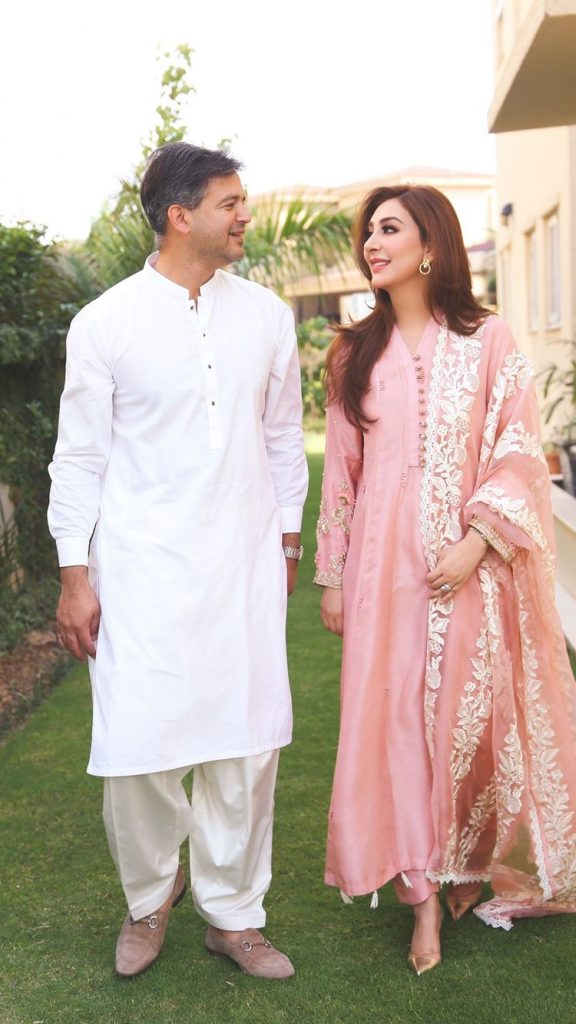 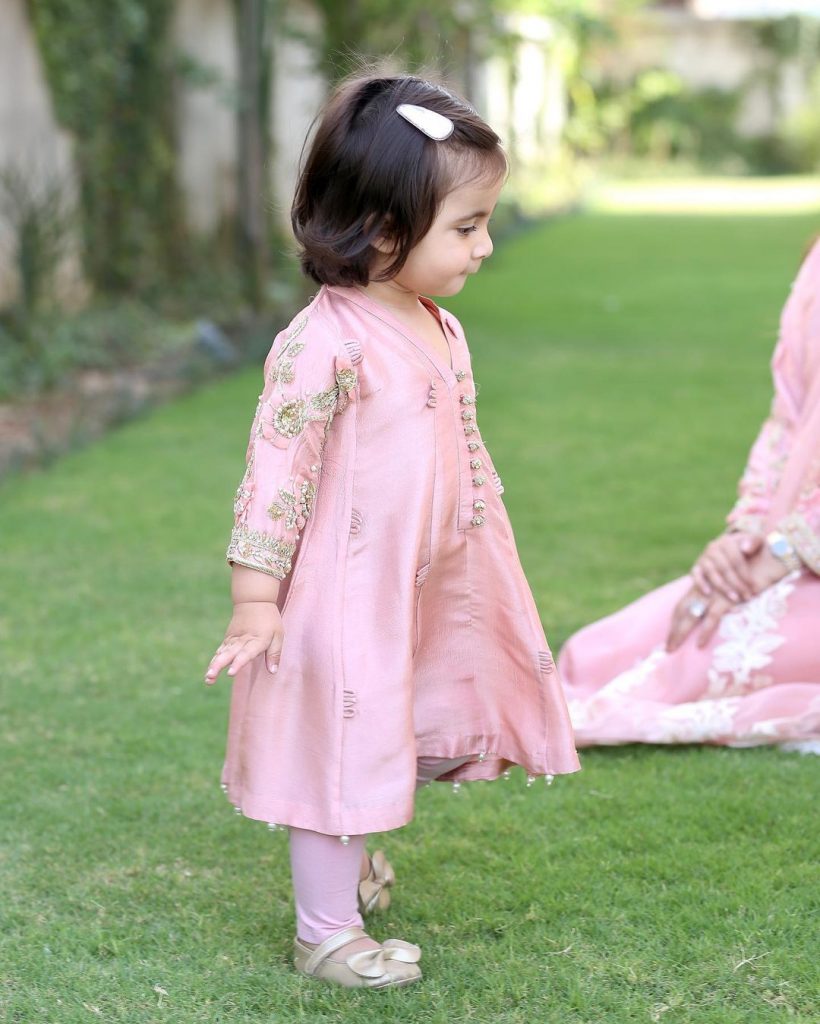 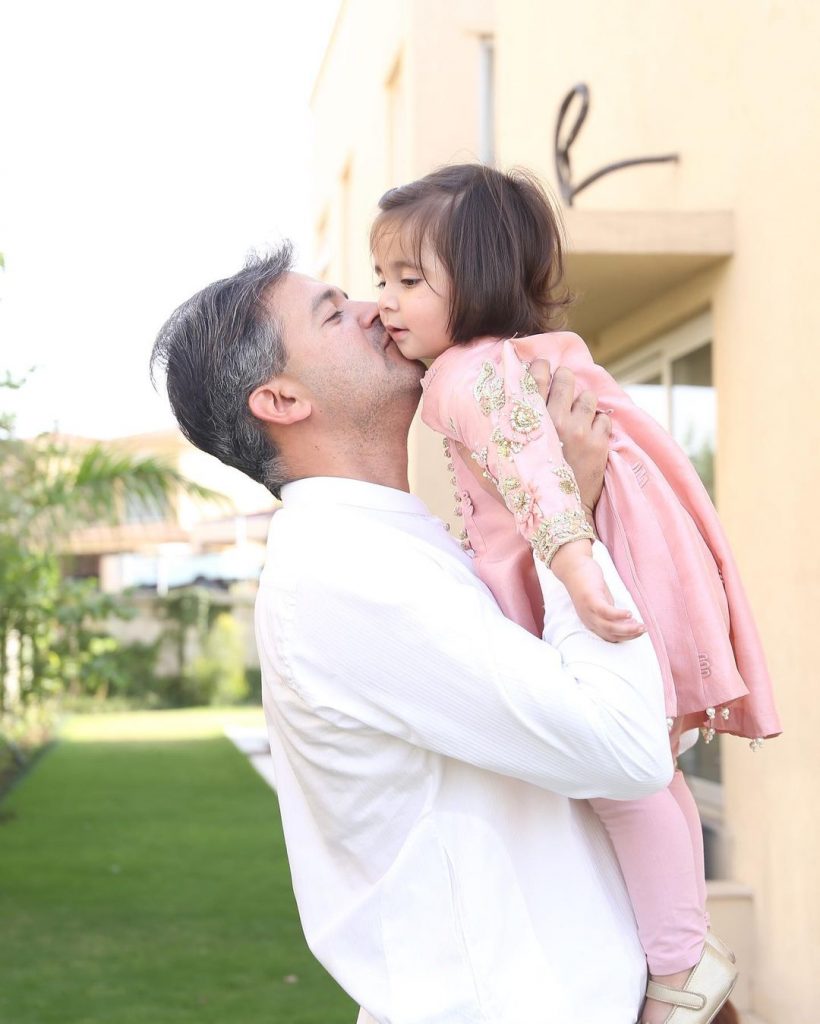 Aisha looks super gorgeous in pink embroidered outfit by “Agha Noor”. Both mother and daughter are twinning this Eid.