Ahad And Sajal Will Be Together On The Screen Again

Ahad Raza Mir and Sajal Aly surprised their fans with their engagement news and everyone is filled with joy. They made people hook to the screens when they starred in Yakeen Ka Safra and became the most loved on-screen couple. They went on to star in Aangan and now they will be seen in Farhat Ishtiaq’s next. Farhat Ishtiaq has given many hits like Humsafar, Udaari and Bin Roye and now, her next will feature the power couple Ahad and Sajal.

Farhat Ishtiaq announced on Twitter that her next drama will be a romance-thriller and will have Ahad Raza Mir and Sajal Aly as the leads. The project will also have Adnan Siddiqui, Zarnish Khan, Mira Sethi and Paras Masroor in the cast. 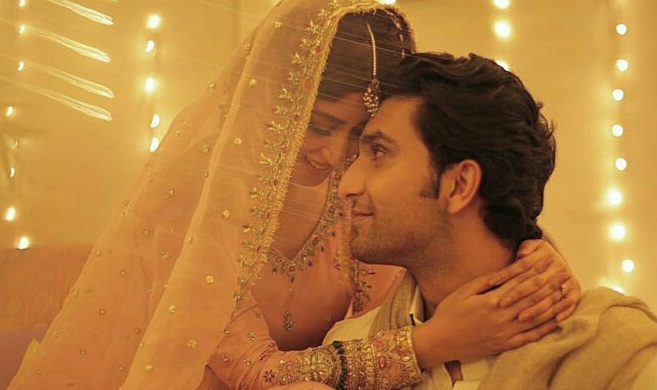 According to Farhat Ishtiaq, their roles are going to be totally different from their previous appearances together. This one is sure going to get the fans excited!