Ahsan Mohsin Ikram & Minal Khan’s wedding festivities are making waves on social media, fans are loving the pictures. The two make adorable couple and compliment each other. Last night Ahsan Mohsin Ikram was twinning with wife to be Minal but his outfit choice caused a lot of criticism. 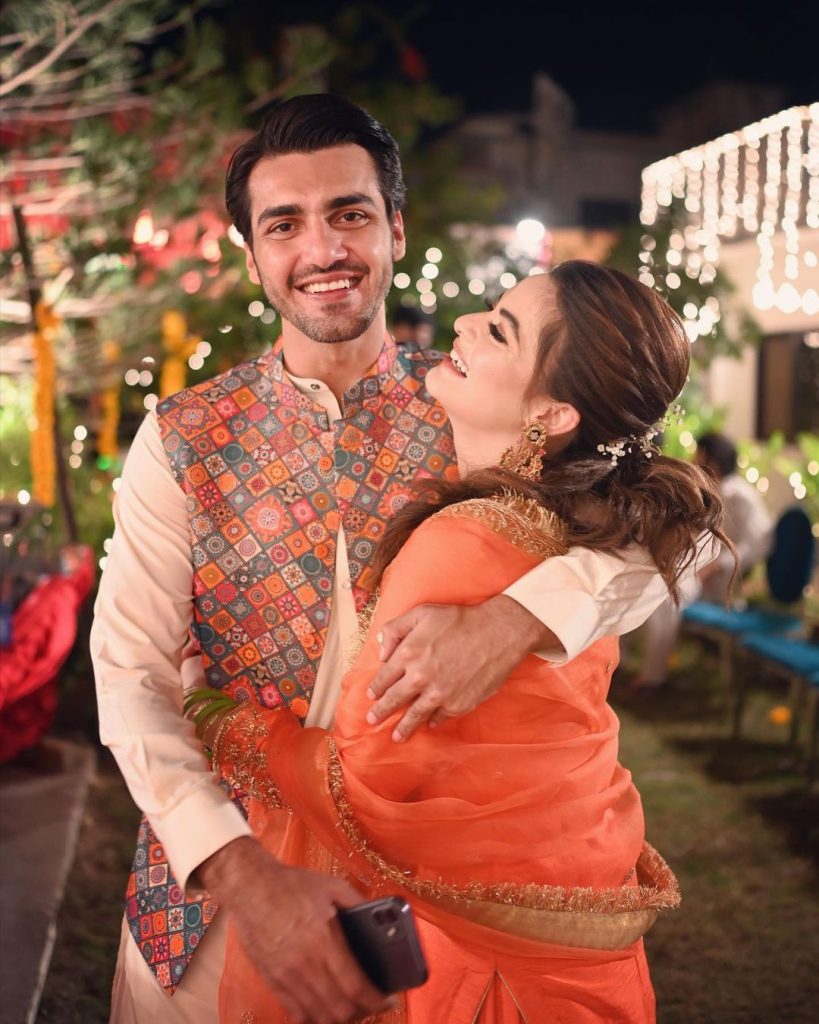 Ahsan Mohsin Ikram’s is being mocked by netizens on his outfit choice. First of all the dress was already worn by an actor which was noticed by fans and it was all over the Instagram. Lately, another picture went viral in which a kid was wearing the same outfit. 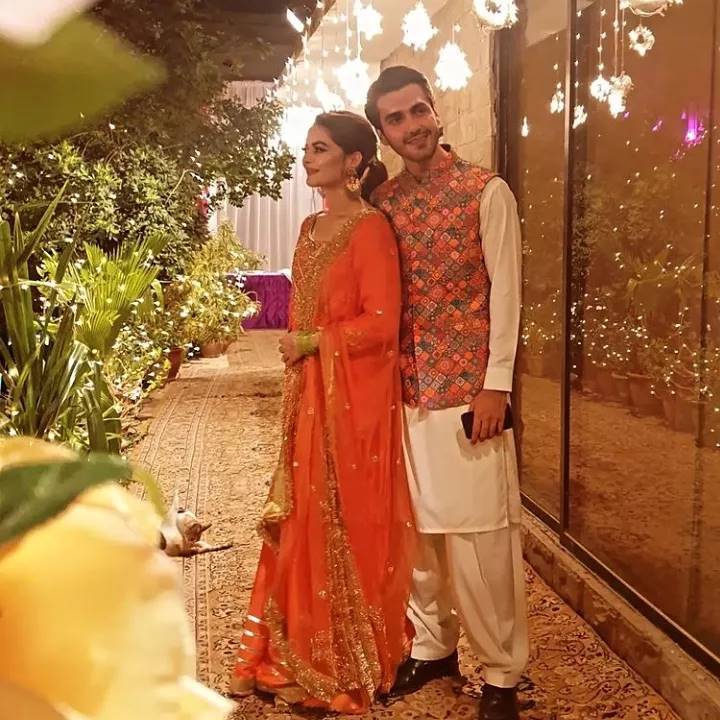 Fans are also comparing his outfit with gift wrapping paper and the back cover of the mobiles. They are not only comparing it but they have posted the pictures of the same print. 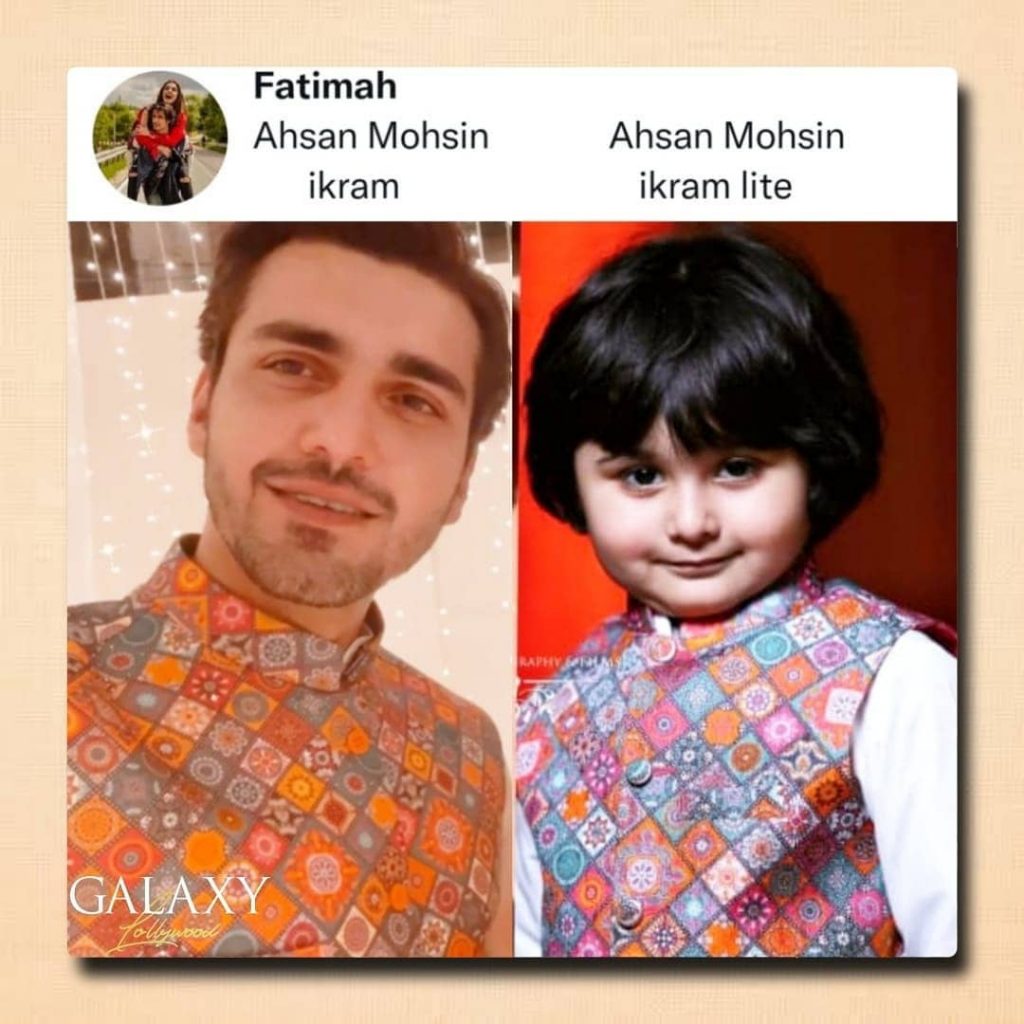 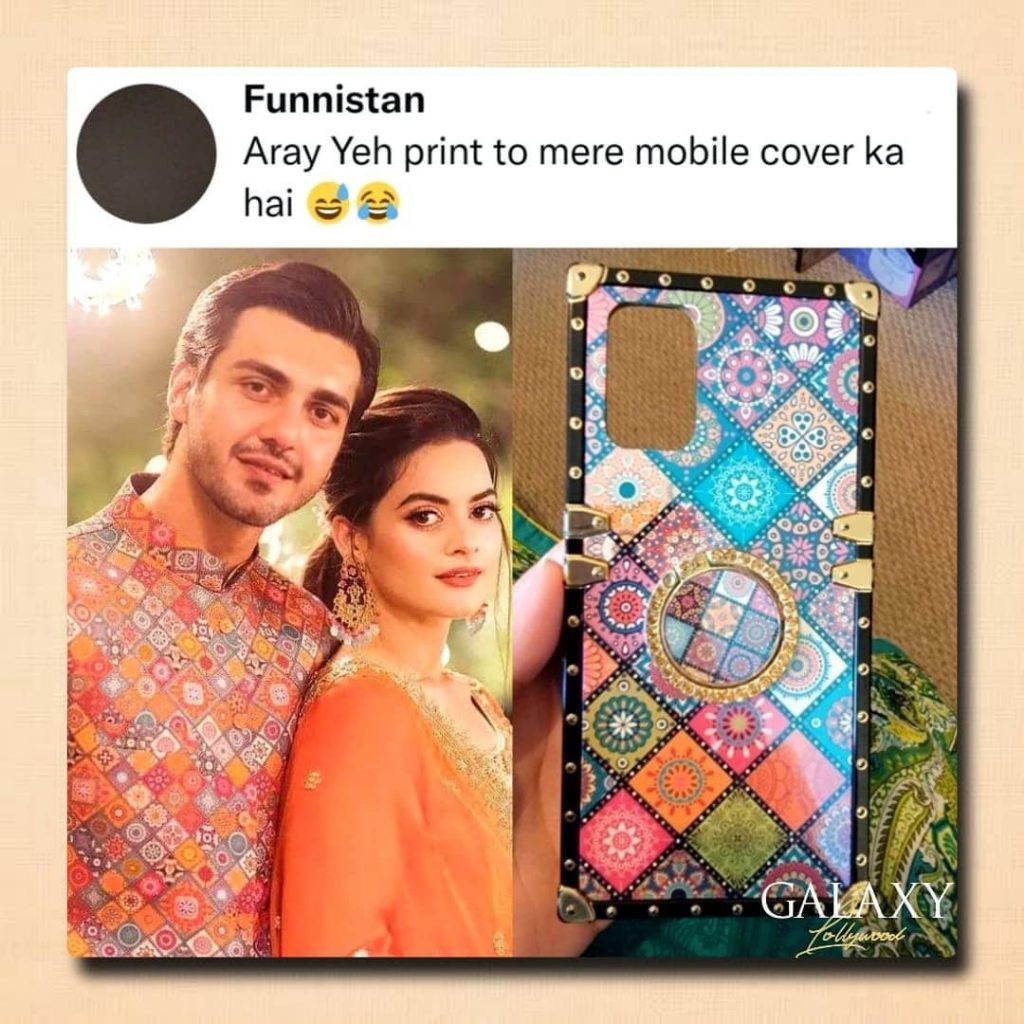 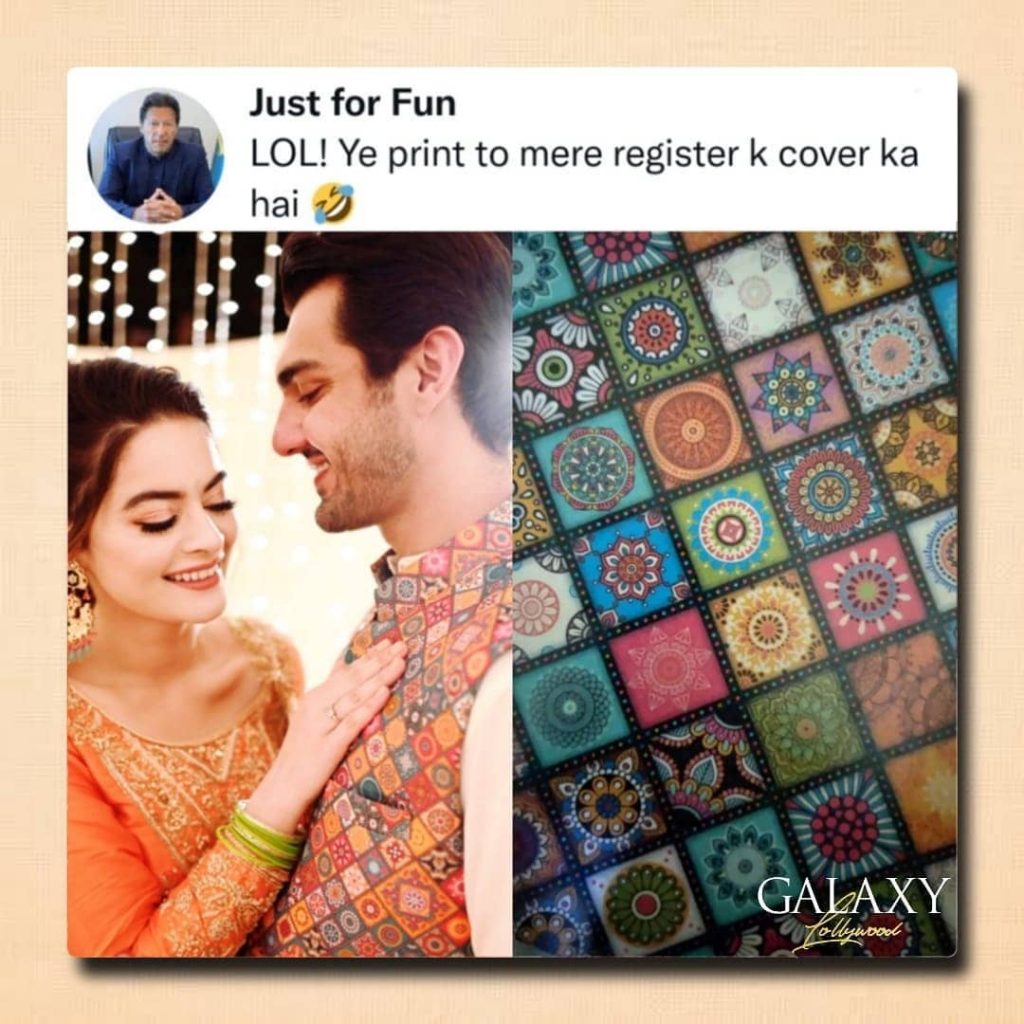 Have a look at pictures and also look at the comments of people who were of the view that they are having the same print in the form of either bed cover, Napkin, Register or mobile cover. 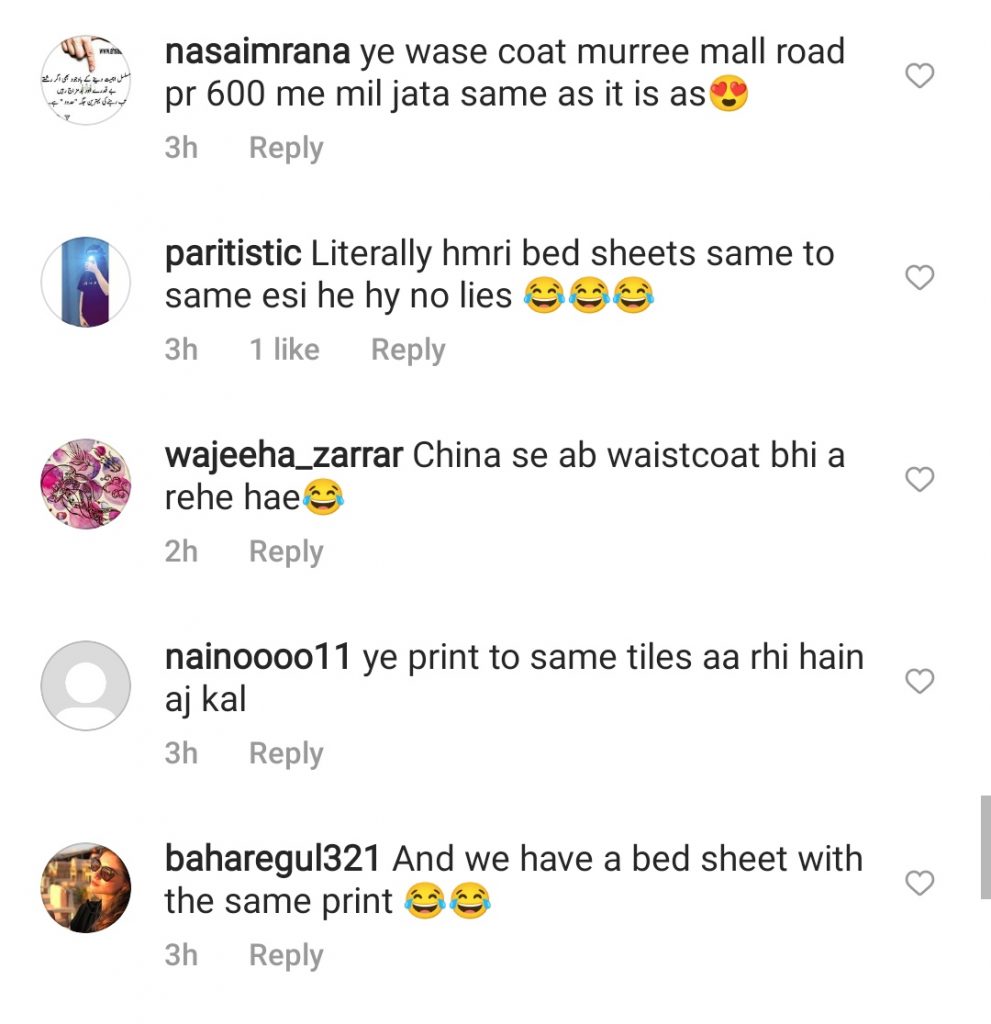 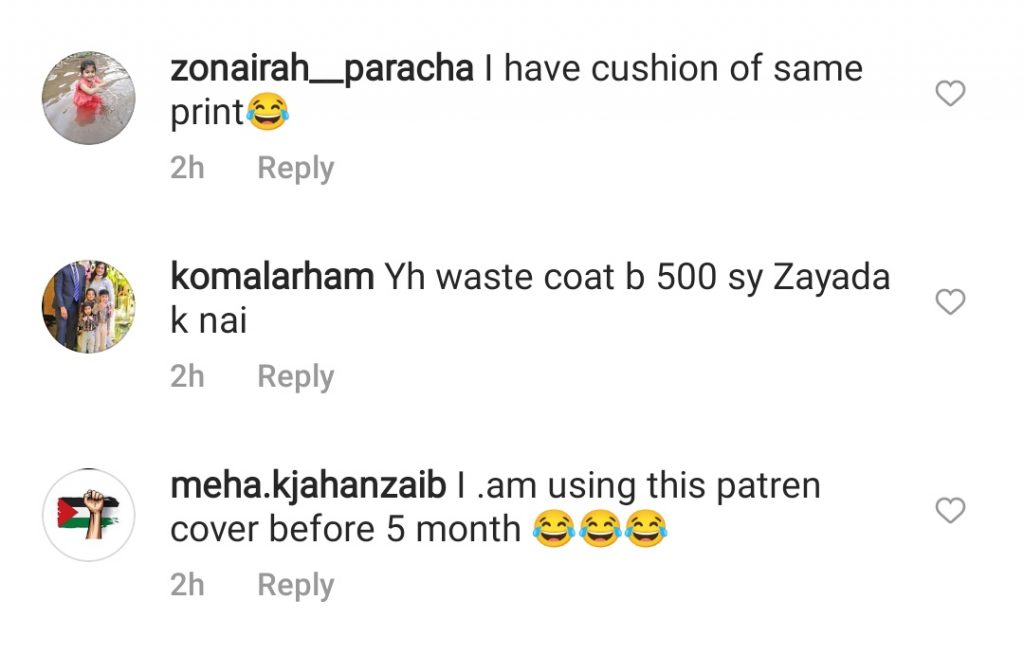 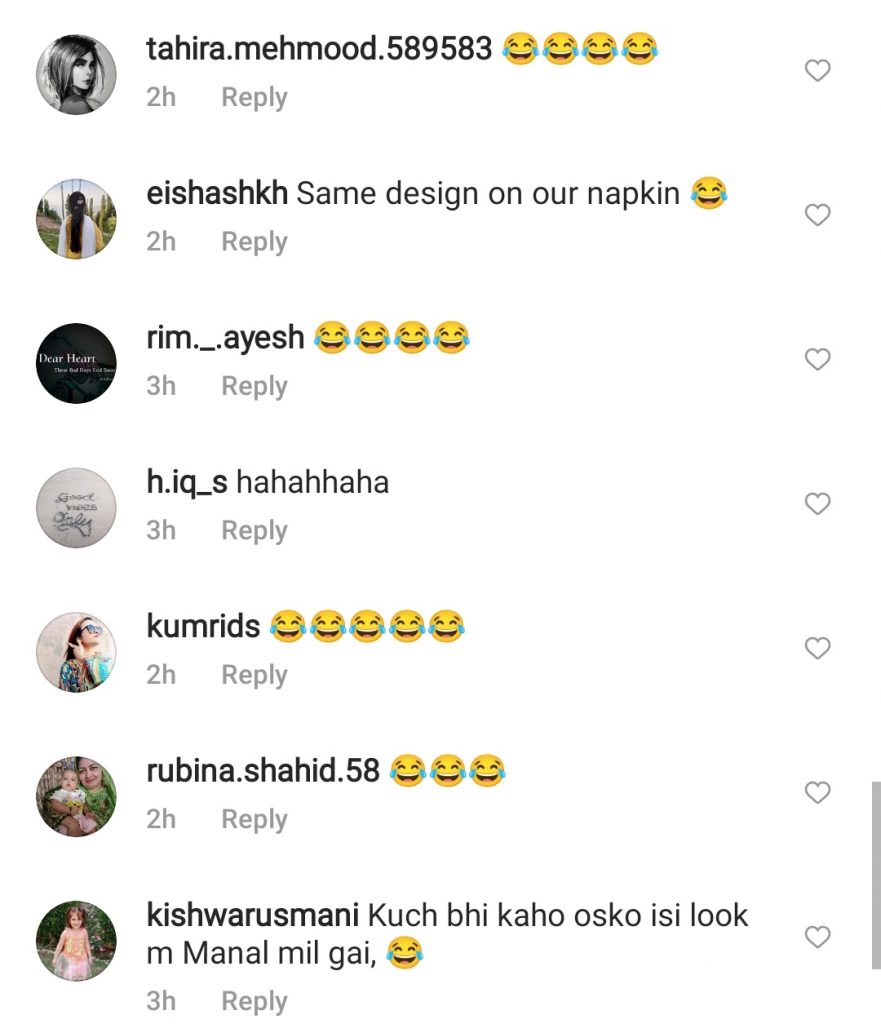 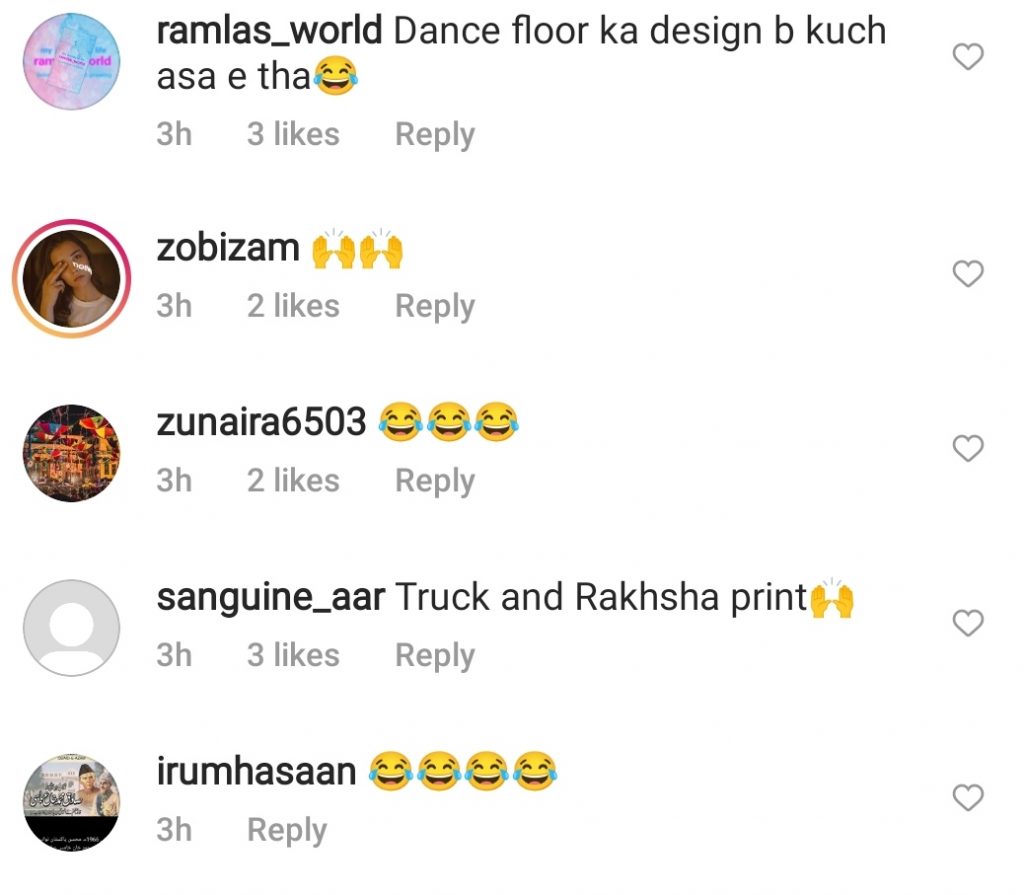