Mahira Khan recently paid a humble tribute to the strength, determination and resilience of an accomplished Pakistan Army officer, Lieutenant General Nigar Johar, by portraying her character in a biopic (telefilm) Aik Hai Nigar. As Pakistan Army’s first female Three Star General, Johar is a force to be reckoned with, and her inspirational story is a must-watch. 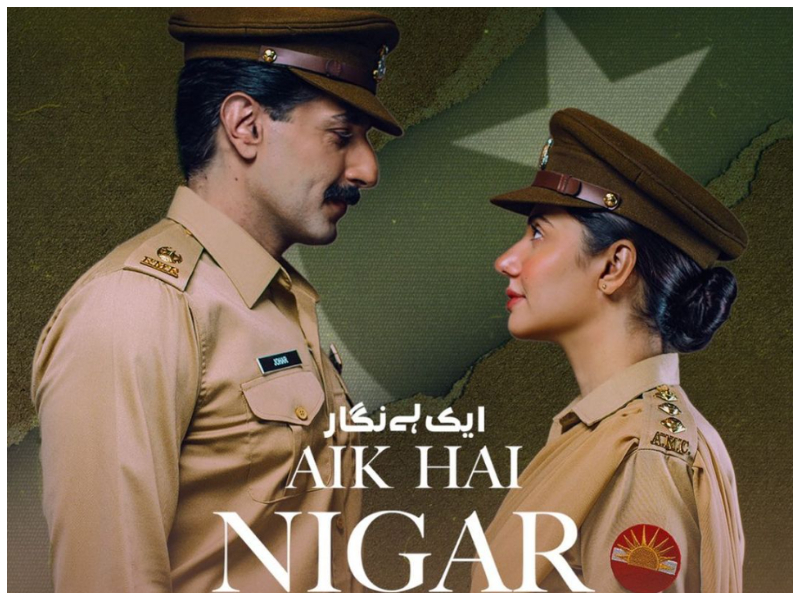 As television viewers, we are accustomed to watching a certain type of women on television and it’s a rare occurrence to find ‘strong female characters surrounded by supportive people’ in our dramas. Despite Mahira’s remarkable performance, the audience criticized Mahira for her controversial dialogue about doctors in telefilm.

“We aren’t ordinary doctors. We are doctors in uniform. Our Public have many hopes and expectations from us”, says Mahira Khan. Right after the video clip went viral on social media, Mahira Khan faced immense backlash from the audience. The doctors also bashed Mahira for calling them ordinary doctors. Here we have gathered some public reviews, have a look!

Happy or sad 😭
Grace , how do you feel? When 5 years of hard work pays you back with word "Ordinary Doctor".😭💔😭💔😭💔 #OrdinaryDoctor pic.twitter.com/wpj0Mr7Lb6

Doctors without uniform are bloody civilians ordinary doctors, Thats how our minds have been manipulated #OrdinaryDoctor pic.twitter.com/HHQk0UMTg8

Exta-ordinary closed their hospital for Bloody public of this country at the peak of corona #OrdinaryDoctor pic.twitter.com/fS8kOGDQys

Dear @OfficialDGISPR! When the doors of Your MH & CMHs were closed & your doctors in uniform were stopped to treat the bloody civilians,our ordinary doctors were losing their lives while treating the common folks suffering from COVID-19.#RoyalArmy#BrahmansOfPak#OrdinaryDoctor pic.twitter.com/2Tr2CedP3q

Alhamdulilah , I am a Proud Civil #ordinarydoctor
Poor selection of words , poor script writer, poor editor and poor acting. There is only one Gen Nigar , but we civilian doctors have hundreds of thousands such incredible stories around us. Mgr afsos k Hum #BloodyCivilian hein

Docters are docters and their work is to serve nationAnd they are serving by burning mid nights oil
How can u distinguish between ordinary and Army docter?Ordinary docters have to struggle more than Army doctors because they are not provided with luxury lifestyle#OrdinaryDoctor pic.twitter.com/hO2KBSyd8u

Not so long ago, these army doctors in their so called uniforms closed the hospital doors for general public in the midst of the pandemic.#OrdinaryDoctor✌️#ordinarydoctors pic.twitter.com/P32eGAyXta

Not Public @TheMahiraKhan , Please Correct, Only Uniform Officers have many hopes & Expectation from Us.
There is no Hope or place here for Bloody Civilians..! We aren't only Doctors in Uniform.We are far superior than Ordinary Doctors.#OrdinaryDoctor pic.twitter.com/pSKhPDQSnv

The only hope and expectation public have from you is, please 'Behave' like ordinary doctor.#ordinarydoctor pic.twitter.com/HIheoxS1wI

I am an ordinary doctor with no “uniform “. #AikHaiNigar We are equally juggling our families, career and yes our common people has high expectations and many hopes from us too.Our brothers, father and husband have supported us too and we are equally competitive.#OrdinaryDoctor pic.twitter.com/zemYyfcYVb

The extra ordinary doctors are not available to ordinary people but the bloody civilian ordinary are available 24/7…
That’s the difference!!#OrdinaryDoctor pic.twitter.com/CjWRIQ6Fym

An #ordinary Pediatric Surgery Resident Dr working in COVID ward in MH brought her mother to me in govt hospital. She told me WHILE CRYING that she was REFUSED admission as she was #OrdinaryDoctor (She had been working in COVID ward despite being surgery resident & took virus) pic.twitter.com/70RjRoiA5O

Alhamdulilah, I am a Proud #ordinarydoctor
Poor selection of words, poor script writing.. There's only 1 Gen Nigar, but we civilian drs have hundreds of thousands such incredible stories around us. Respect shld b given to every dr whether in unifrm or white coat #proudofwhitecoat pic.twitter.com/8gSNAp825f