Aima Baig is a brilliant Pakistani playback singer who rose to fame through her hit songs like Qalabaz Dil & Befikeriyan followed by countless other hit singles. Aima Baig has gotten huge success at a very young age. Previously, the actress faced a controversy related to her personal life. Well, after the controversy Aima Baig was not seen doing any project. 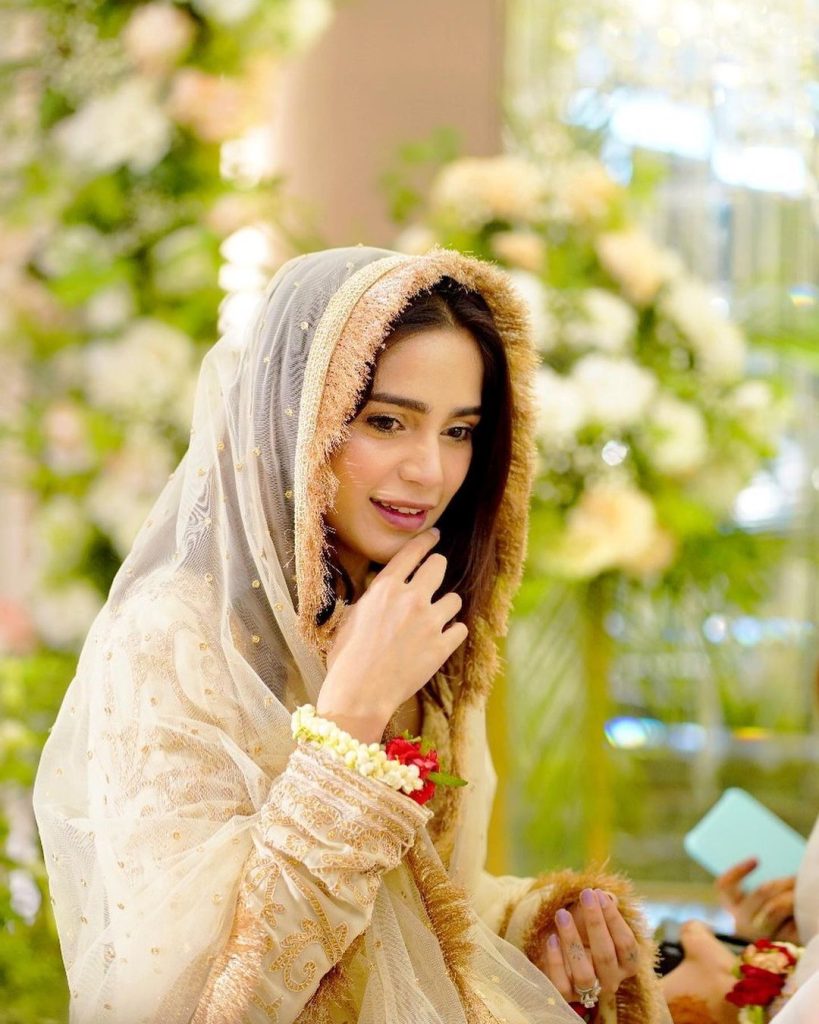 Yesterday, Aima Baig announced her fans about her expected Umrah journey with her father. Well, today, Aima Baig has just posted her pictures with father from her Umrah journey. It seems that the singer is loving her serene and peaceful time in Makkah. Aima also shared a heartwarming note which reads, “So far, Rabi-ul-awal has been the most peaceful time of my life. These are a few highlights of my time spent in Makkah”, she also hinted at doing a few things in Makkah which are on her wishlist. She said that she will keep her phone charged. Aima Baig promised her fans that she will be treating them with beautiful view of Mecca. Here are her pictures from Makkah. 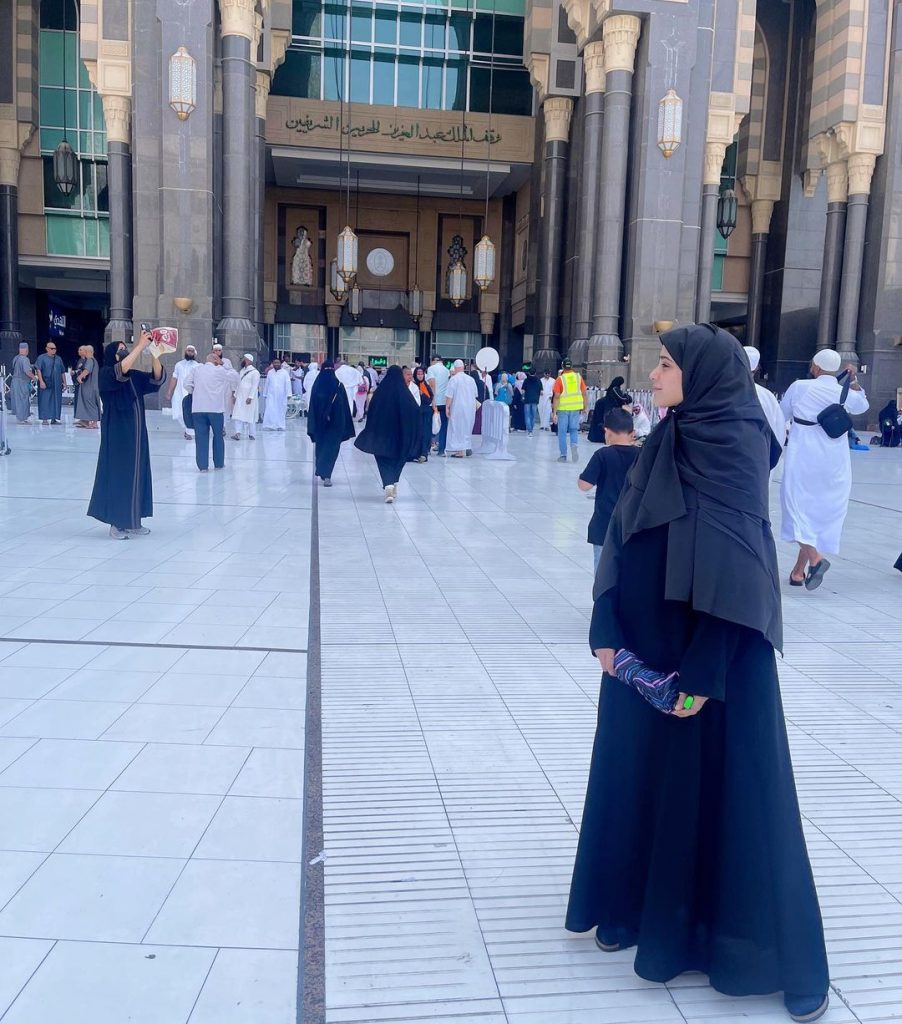 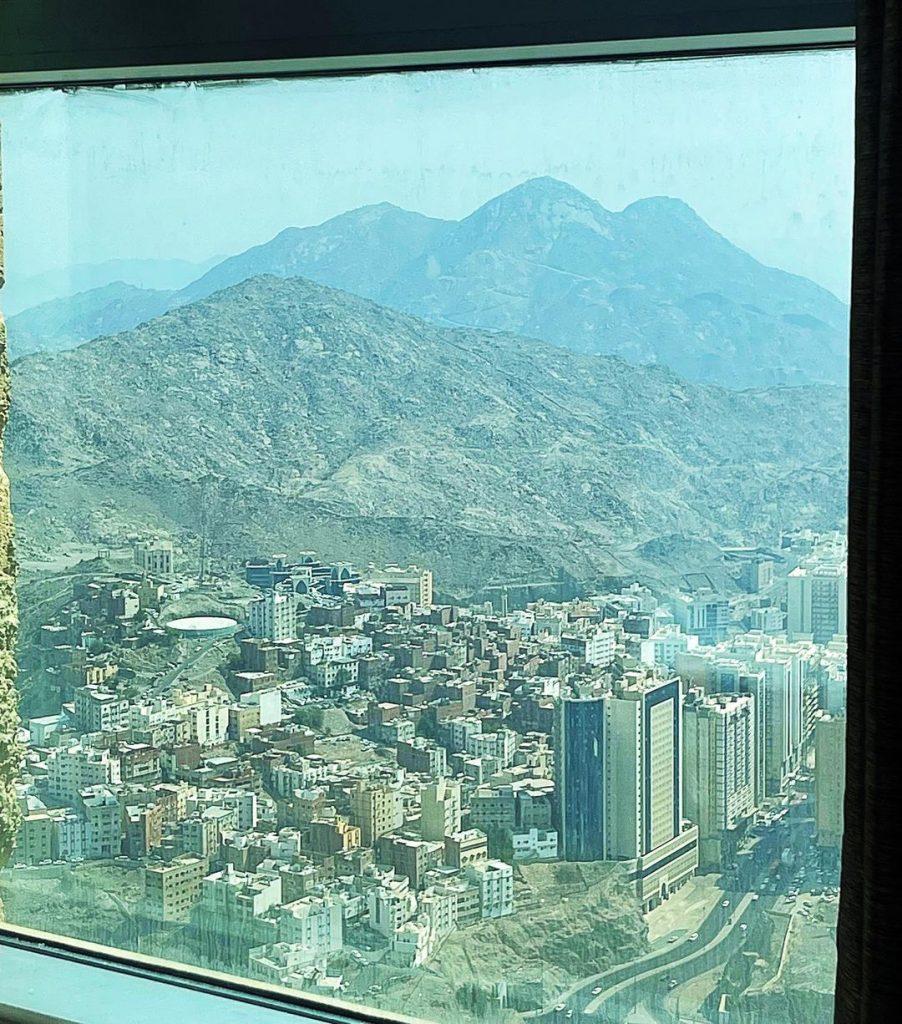 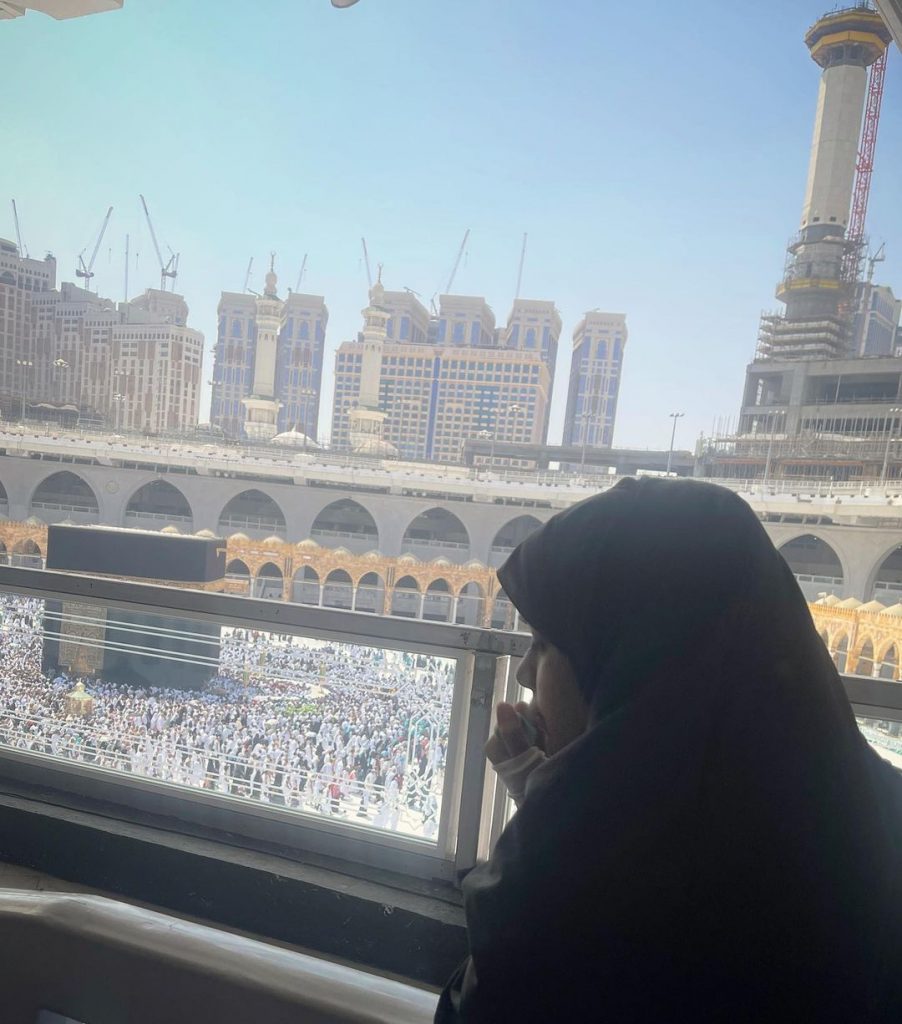 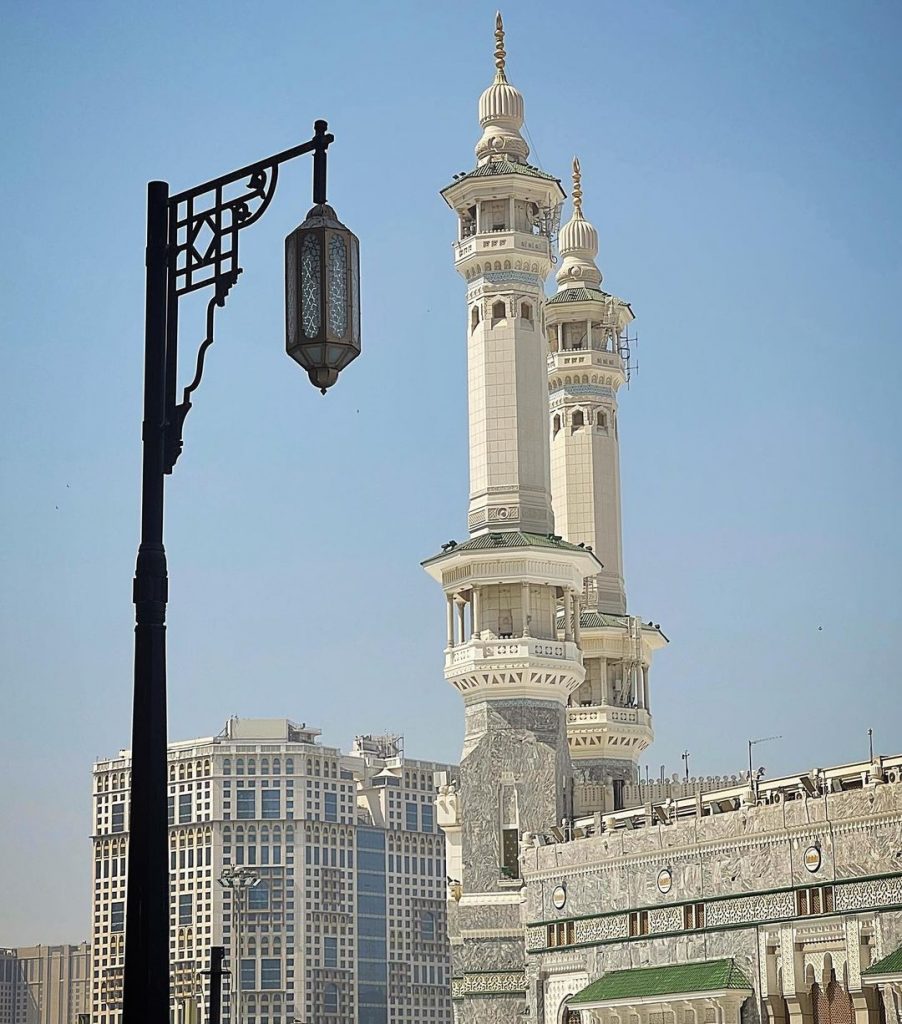 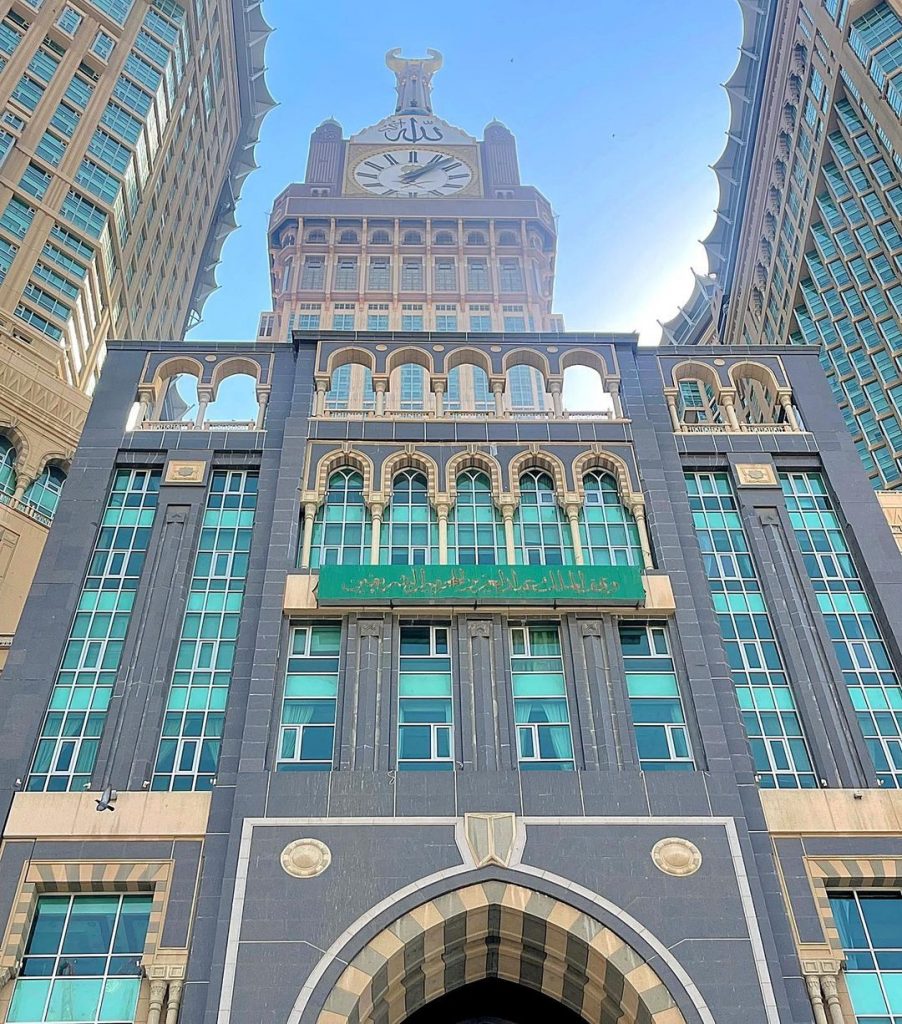 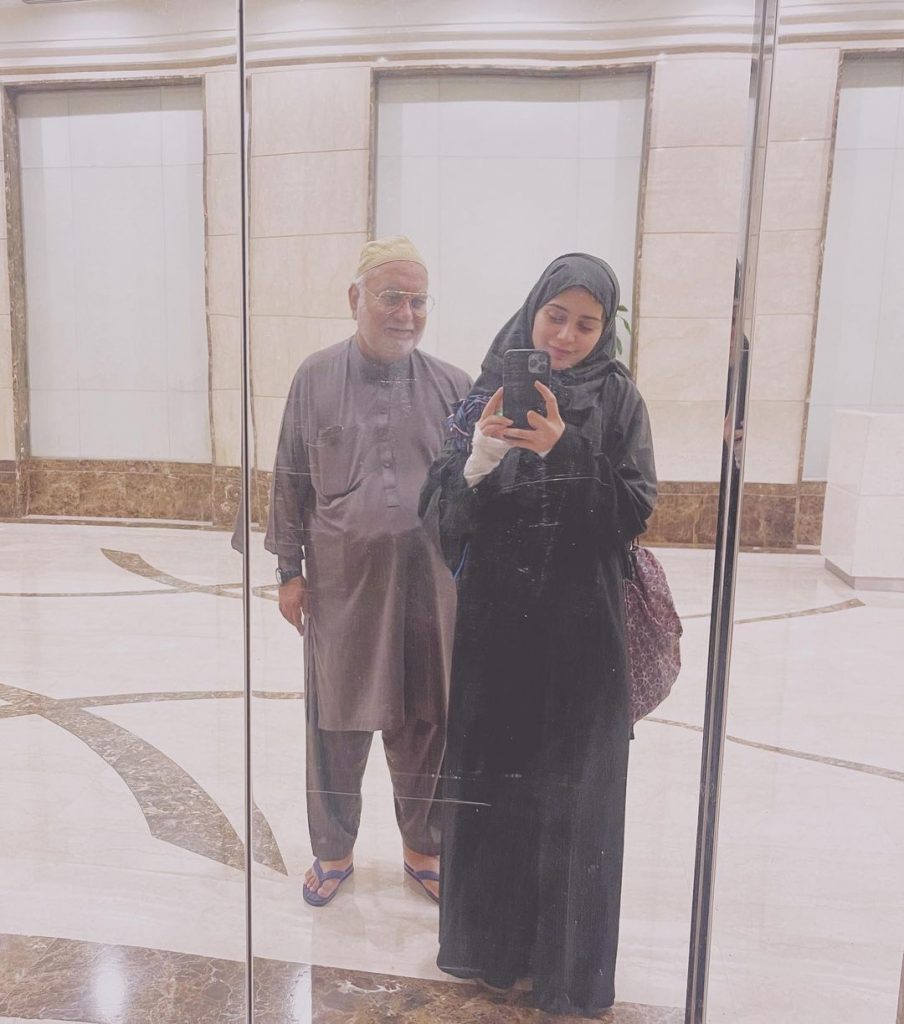 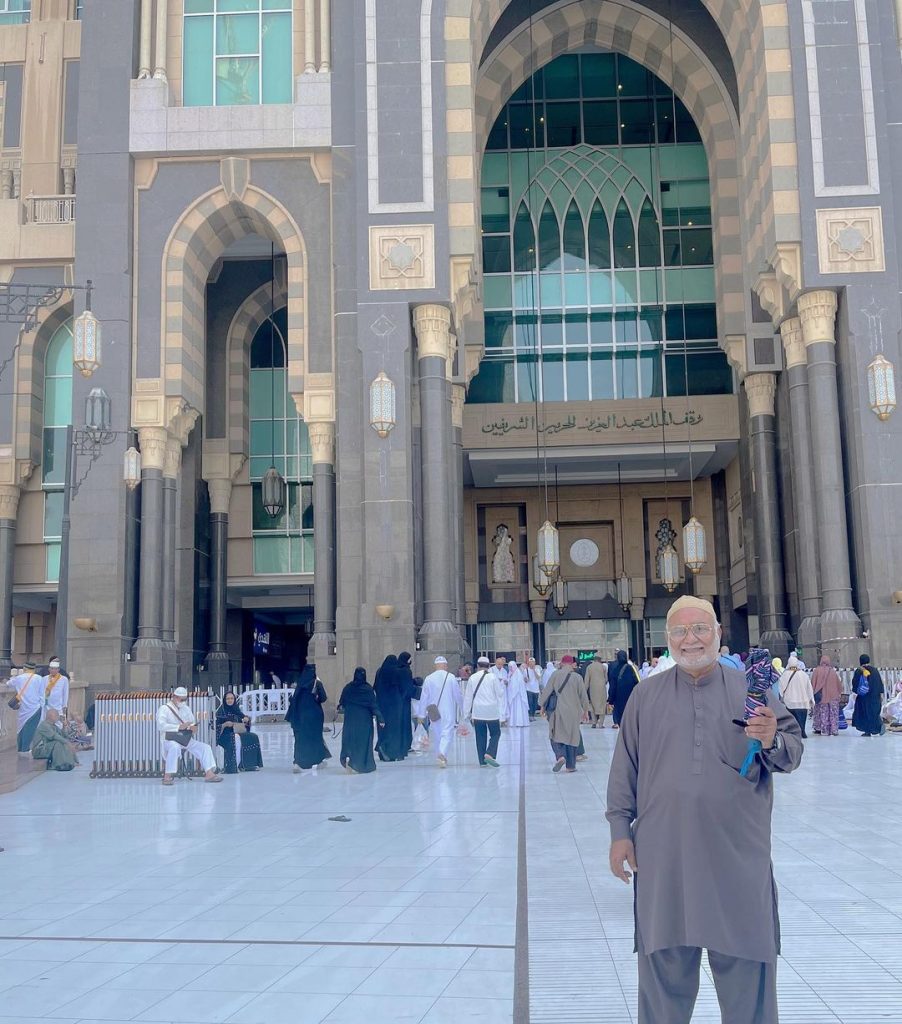 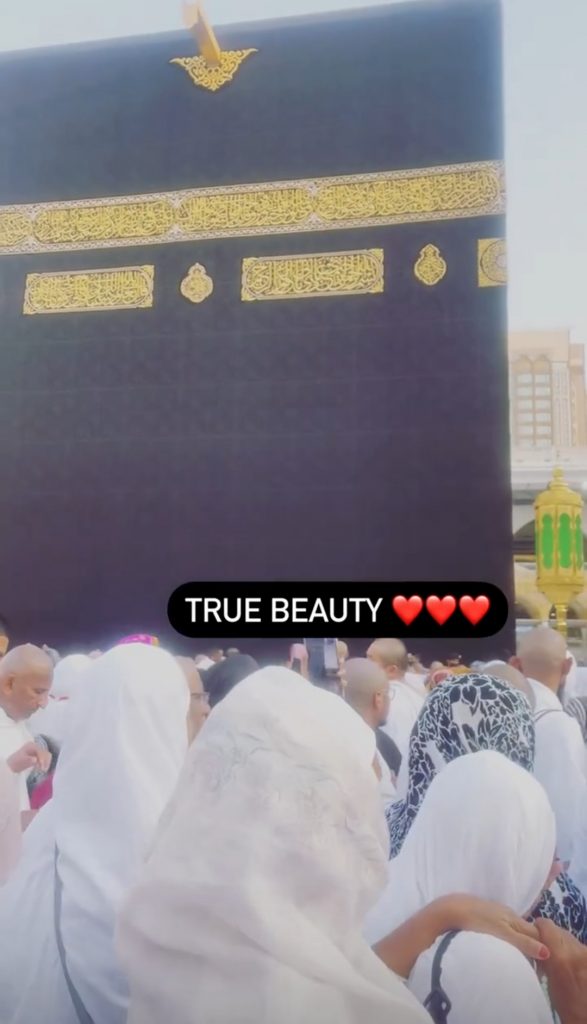 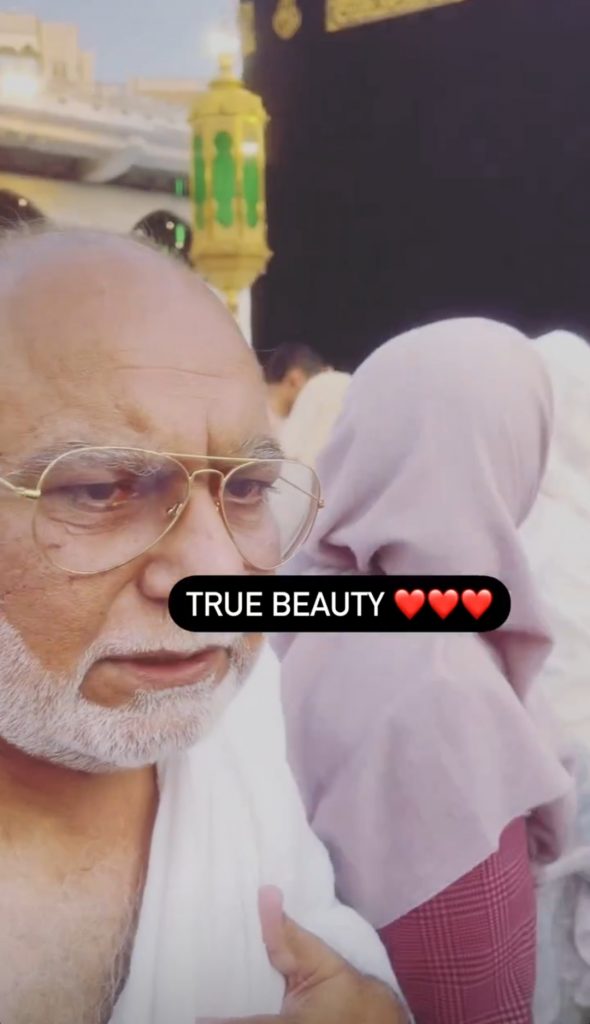 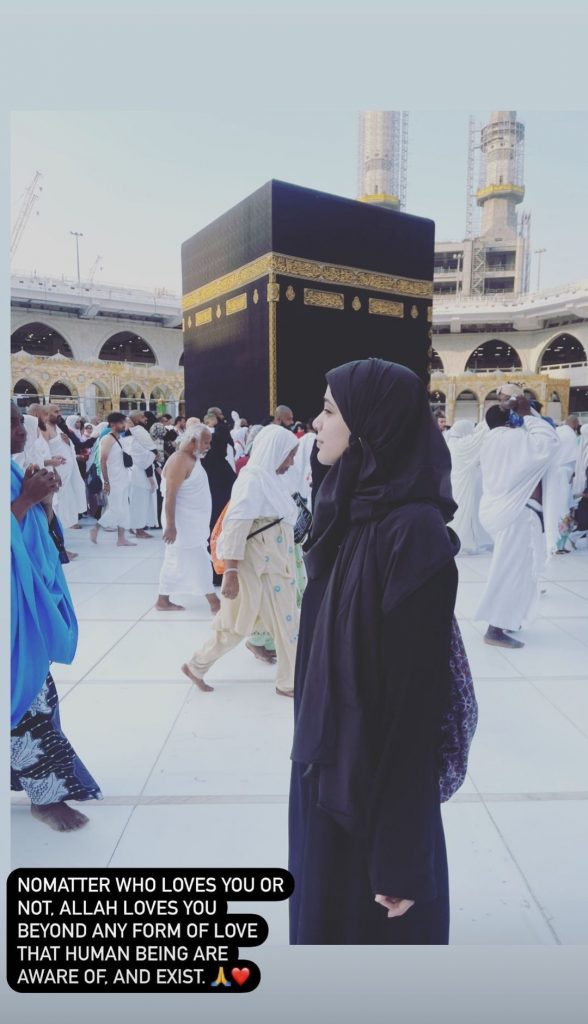 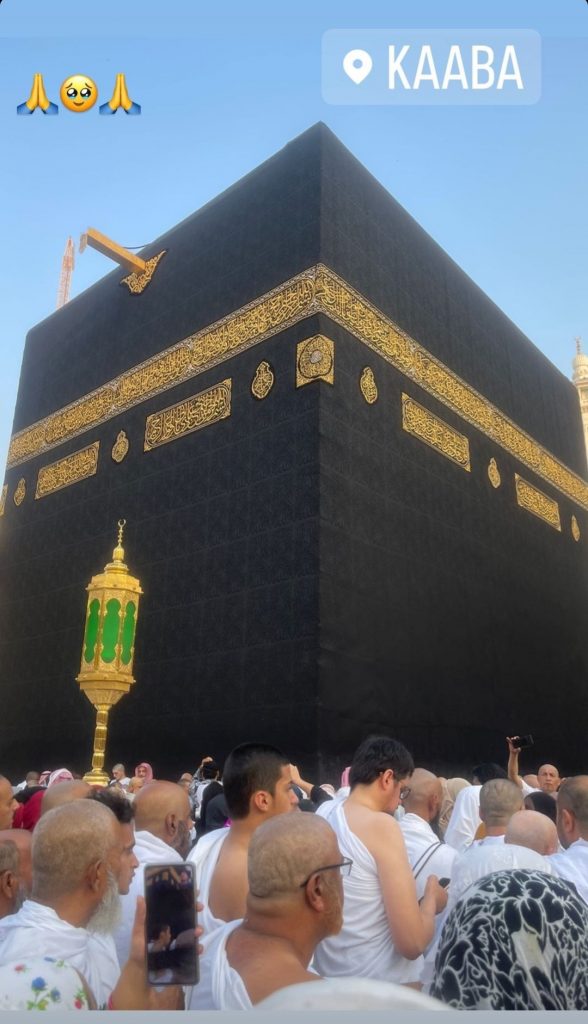 Well, her friends congratulated her on her Umrah, her fans were happy on her Umrah but many others criticized her on doing Umrah while having Tattoos. Aima Baig replied to the comments as well. Have a look at comments: 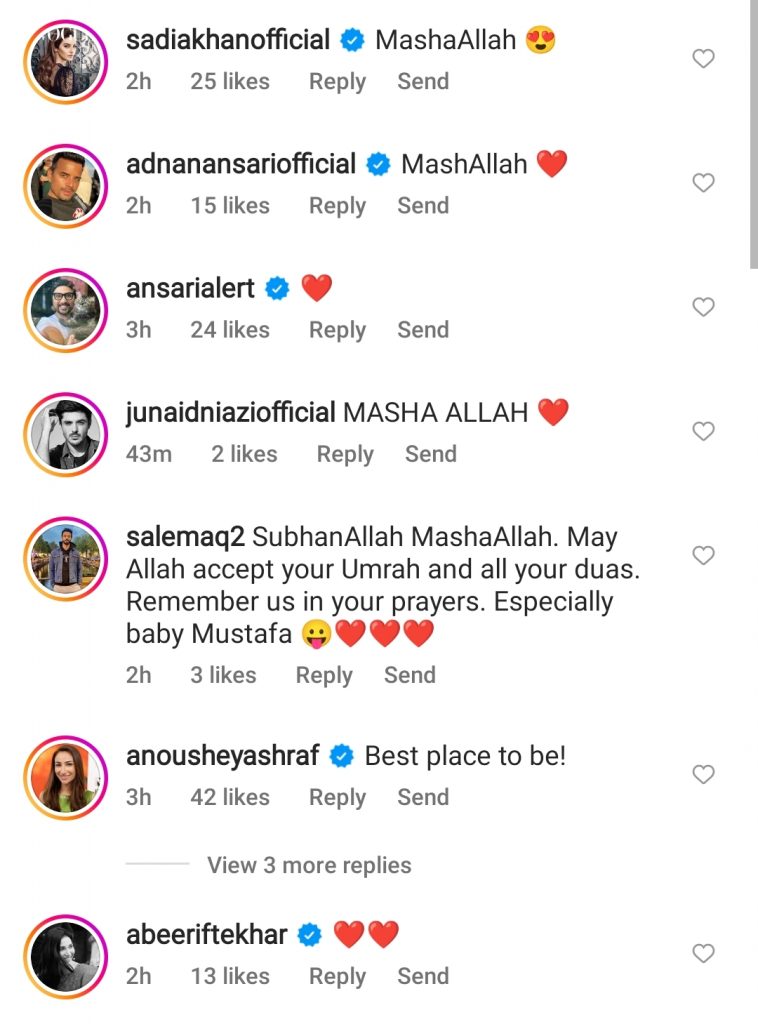 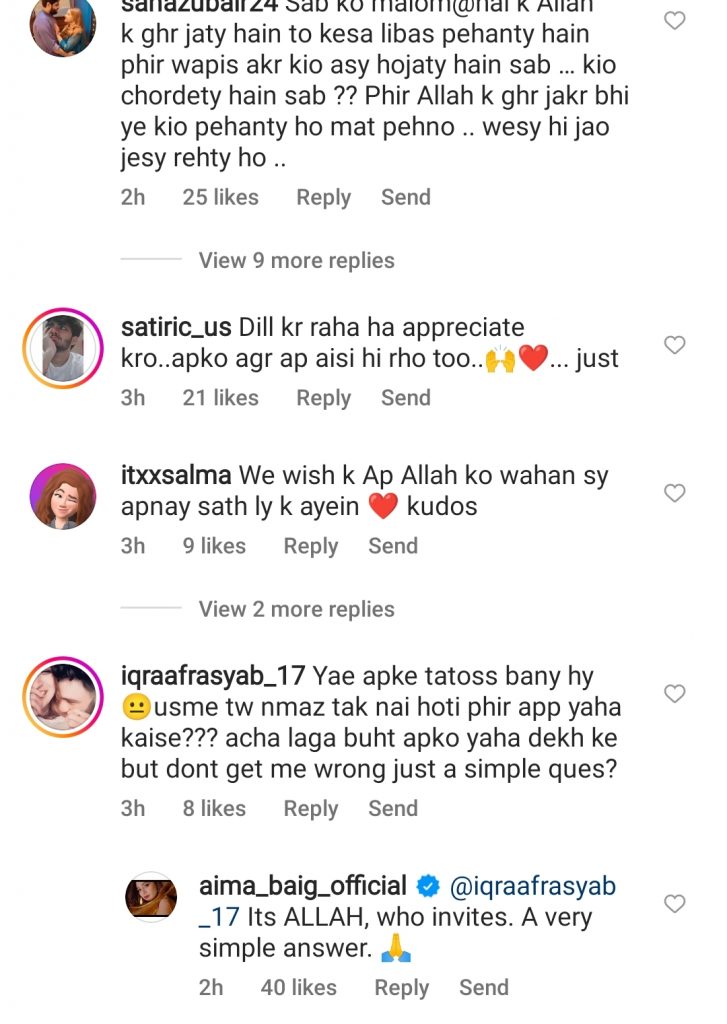 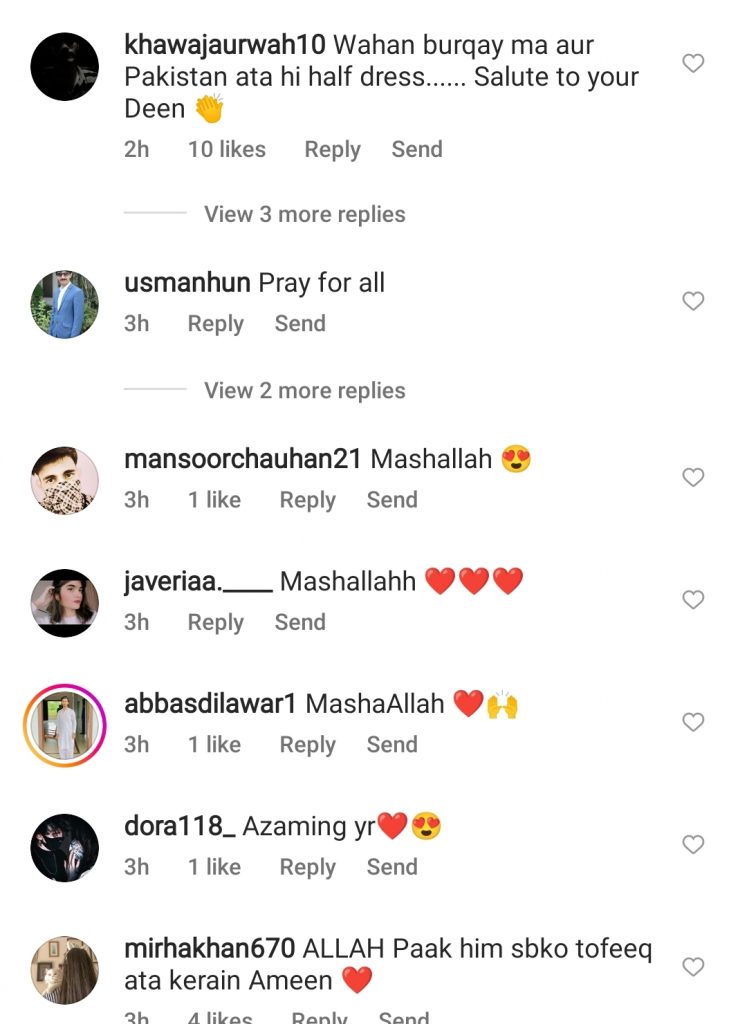 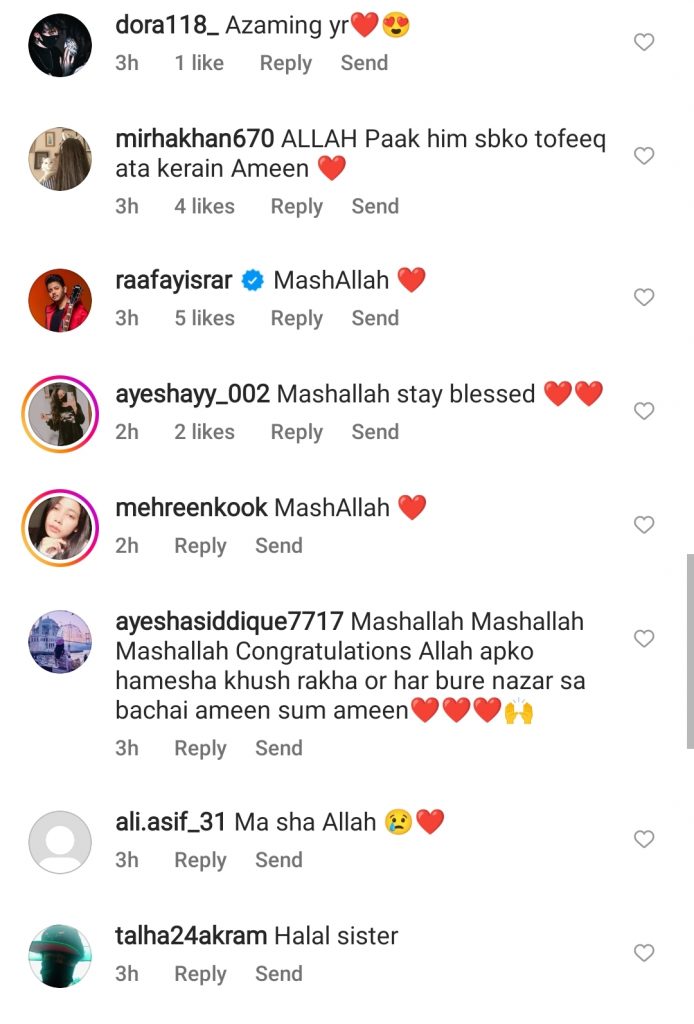 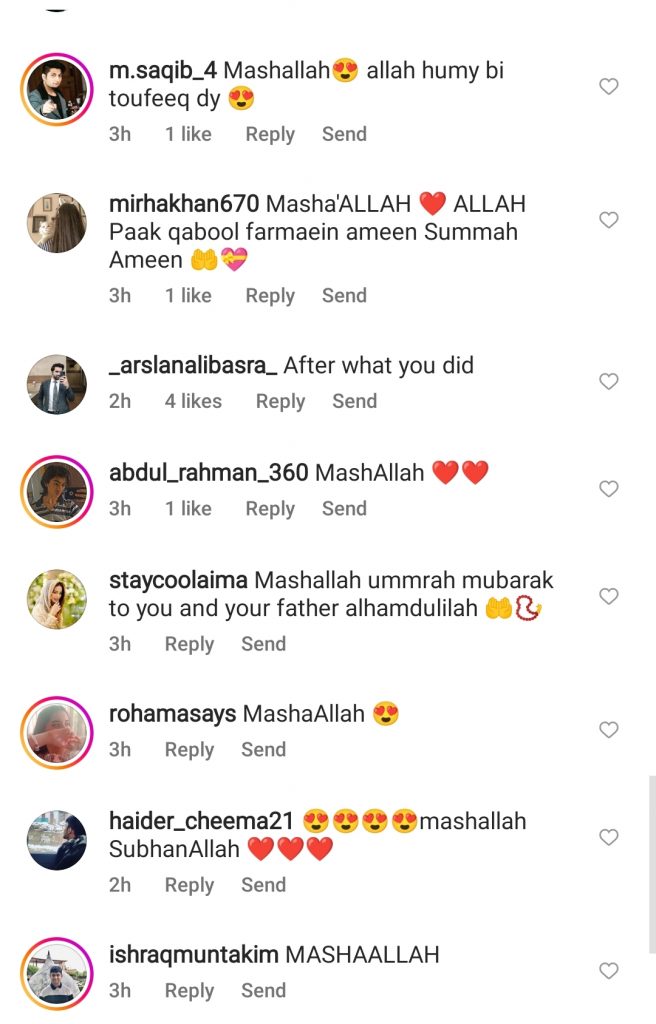 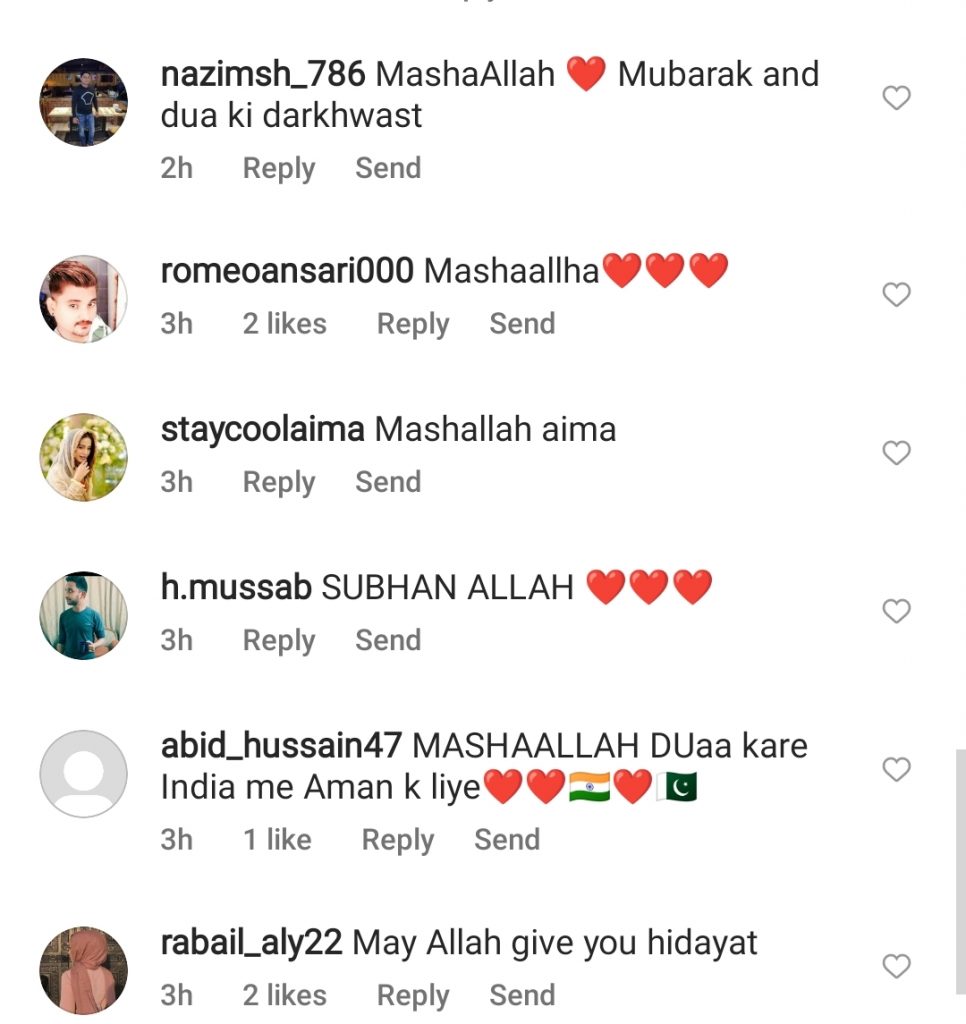