Aiman And Minal Enjoying Games At Sindbad Clifton With Family

The twin sisters Aiman Khan and Minal Khan are considered as the leading actresses of Pakistan. Aiman and Minal have received immense love and recognition from the audience in a short span of time with their phenomenal acting skills and charming personality. The gorgeous twin sisters own a clothing brand named “AnM Closet”. 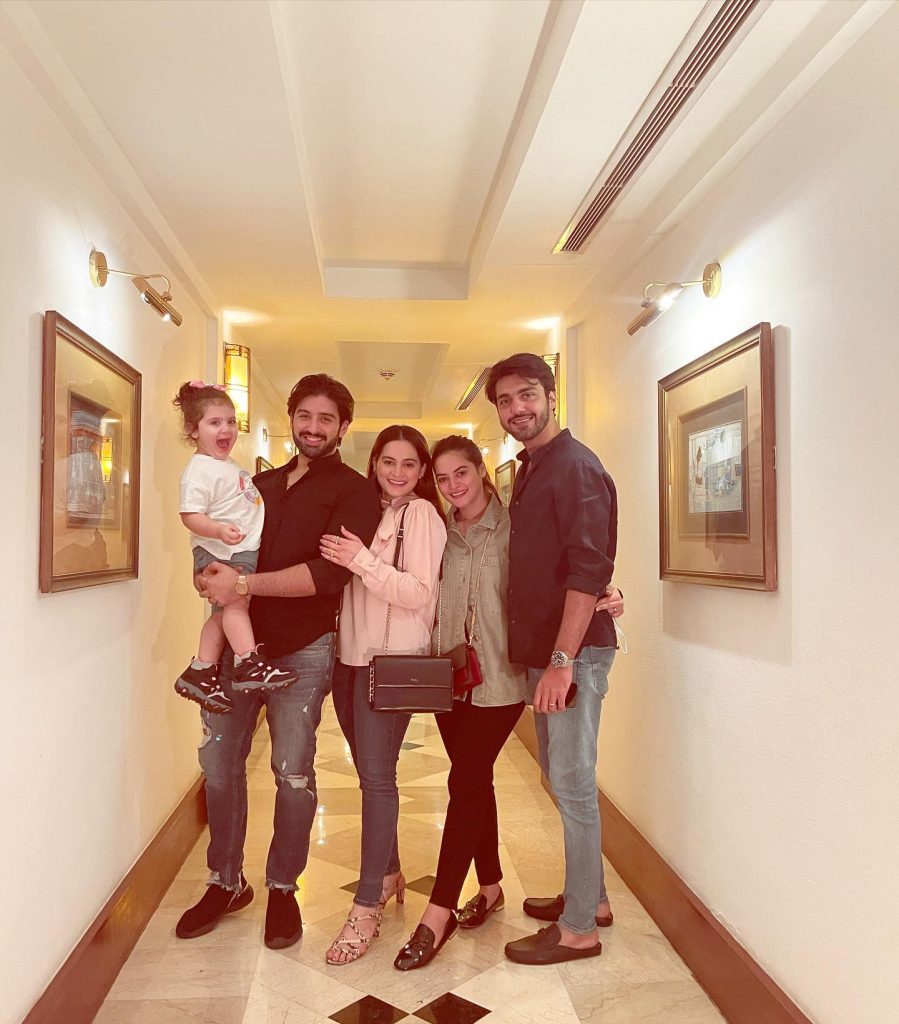 Aiman Khan’s husband Muneeb Butt who is likewise a leading actor of Pakistan runs his own Youtube channel with 804k subscribers. Recently Muneeb Butt uploaded a Vlog on his Youtube channel which shows the family enjoying games at Sindbad Clifton. The Vlog shows Muneeb, Aiman, Amal, Minal and Ahsan spending some fun time together over the weekend. Let’s have a look at some of the pictures and videos!