Amna Ilyas is remarkably talented Pakistani model. She has also proven her mettle in acting, she started her acting debut with Azfar Rehman for a Hum Tv play. Her film Baaji garnered success. The actress also talk part in Ankhahi drama’s theatrical remake. Now a days she’s coming in a drama with Junaid Khan. 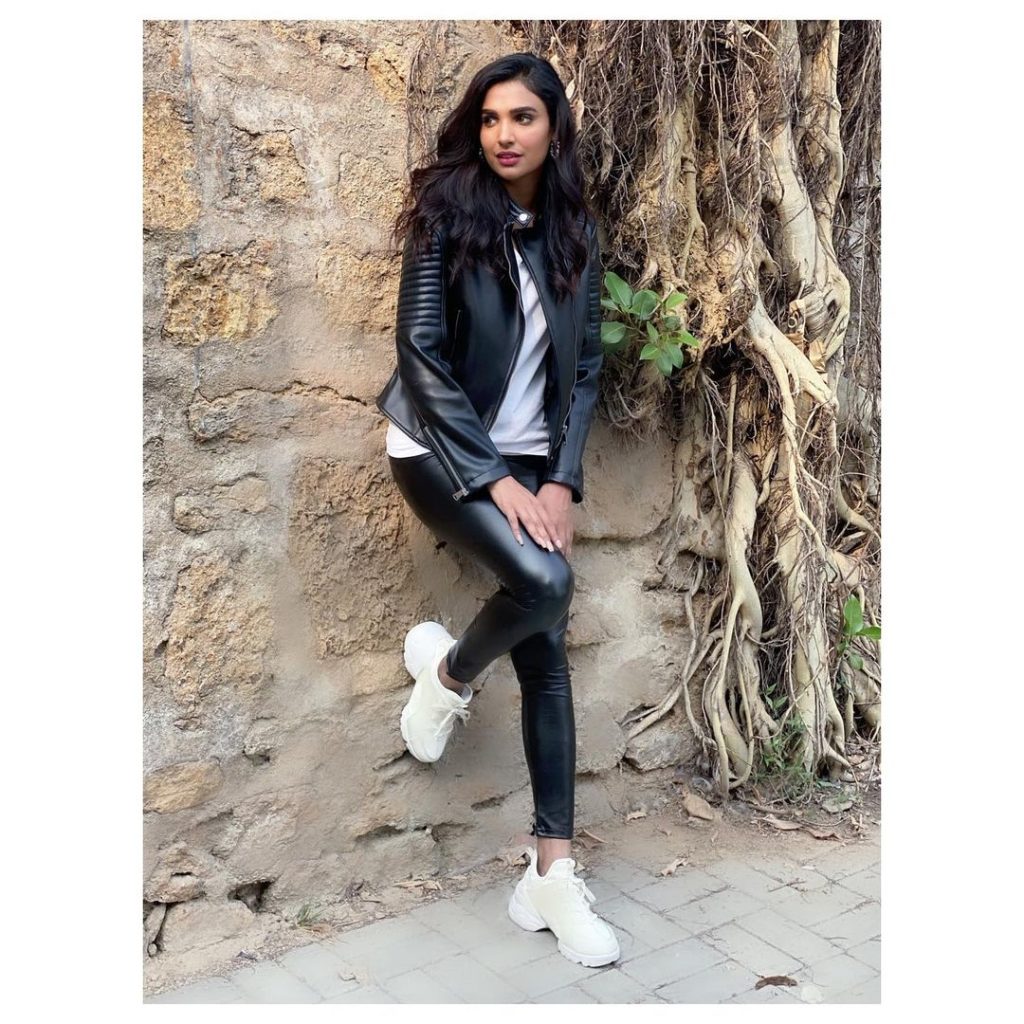 Lately, the actress is under severe public criticism due to her recent pictures. The actress has recently uploaded pictures in quite bold glittery maroon gown, her leg is completely shown, not only this she has posed from all sides. The Netizens didn’t accept her bold dress and started bashing her. 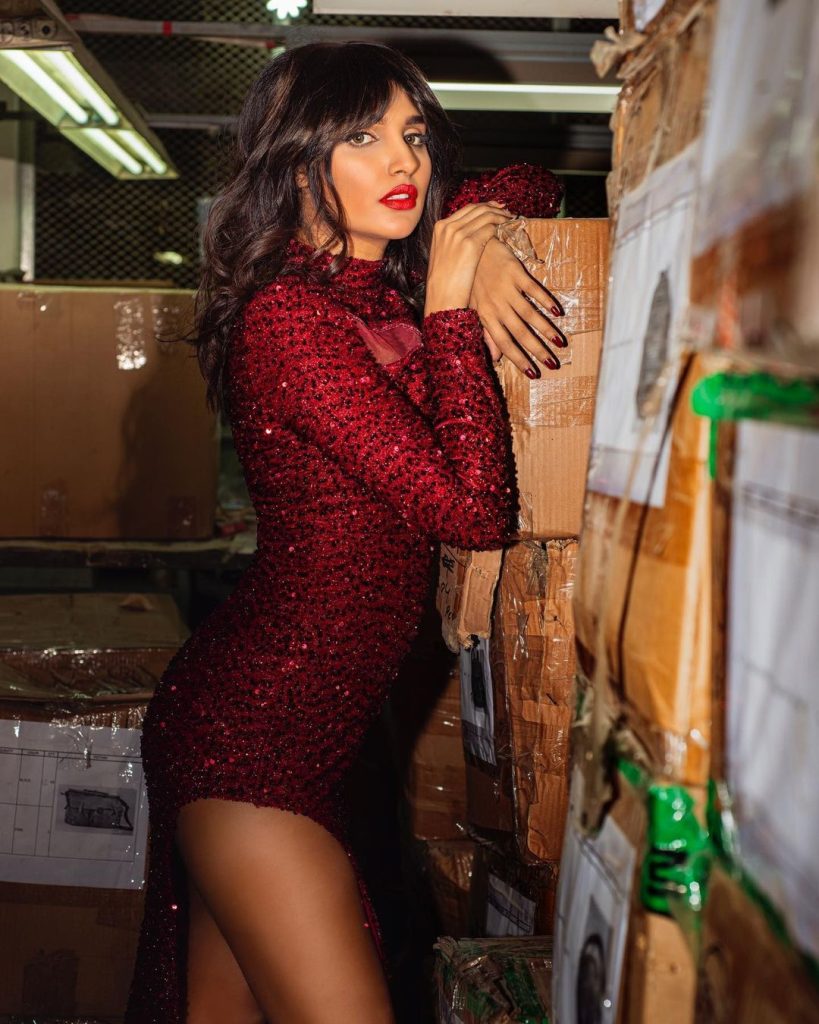 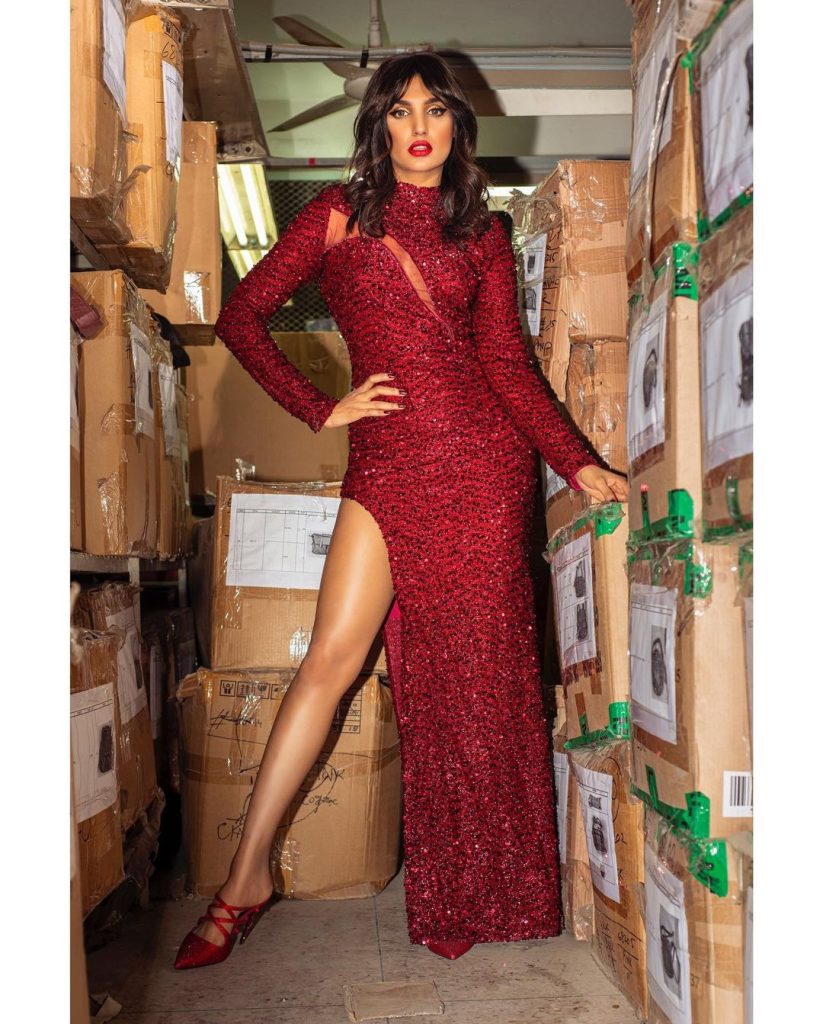 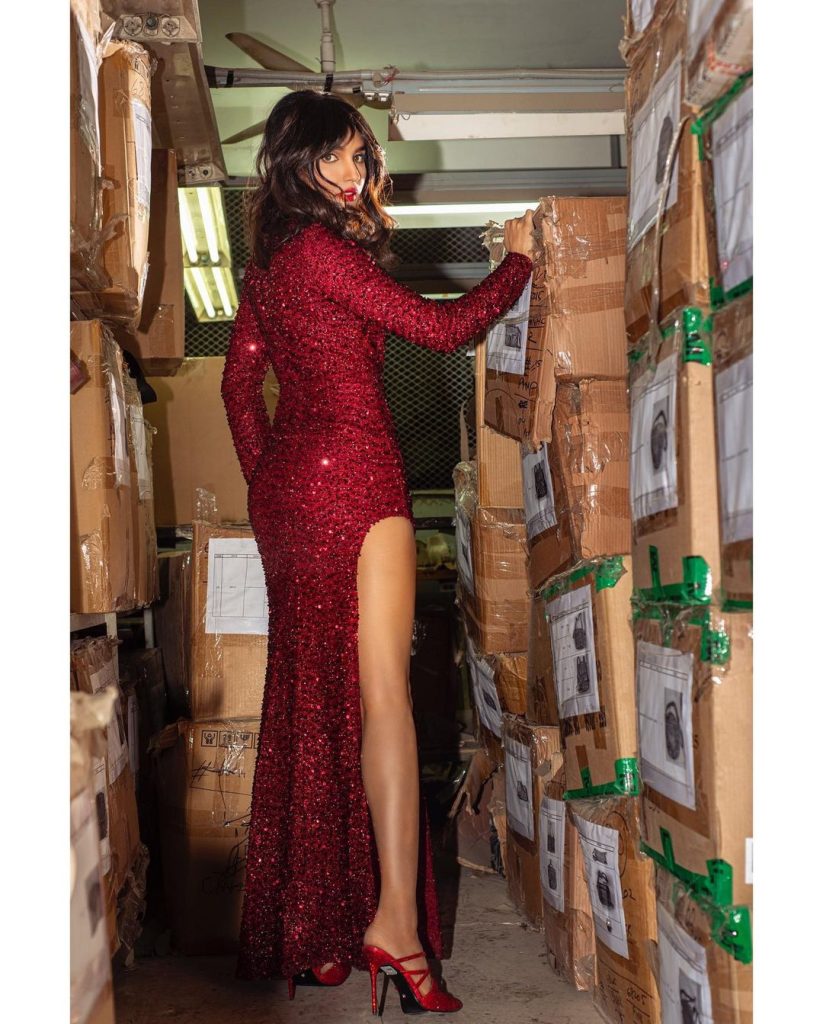 Well, Amna Ilyas often gets criticism on her selection of clothing. Likewise, fans are once again outraged by her latest bold pictures, they started bashing her. They are of the view that Amna is trying to be a cheap version of Nora Fatehi. They are also bad mouthing her on wearing such dress. They are commenting on her figure, face and body as well. 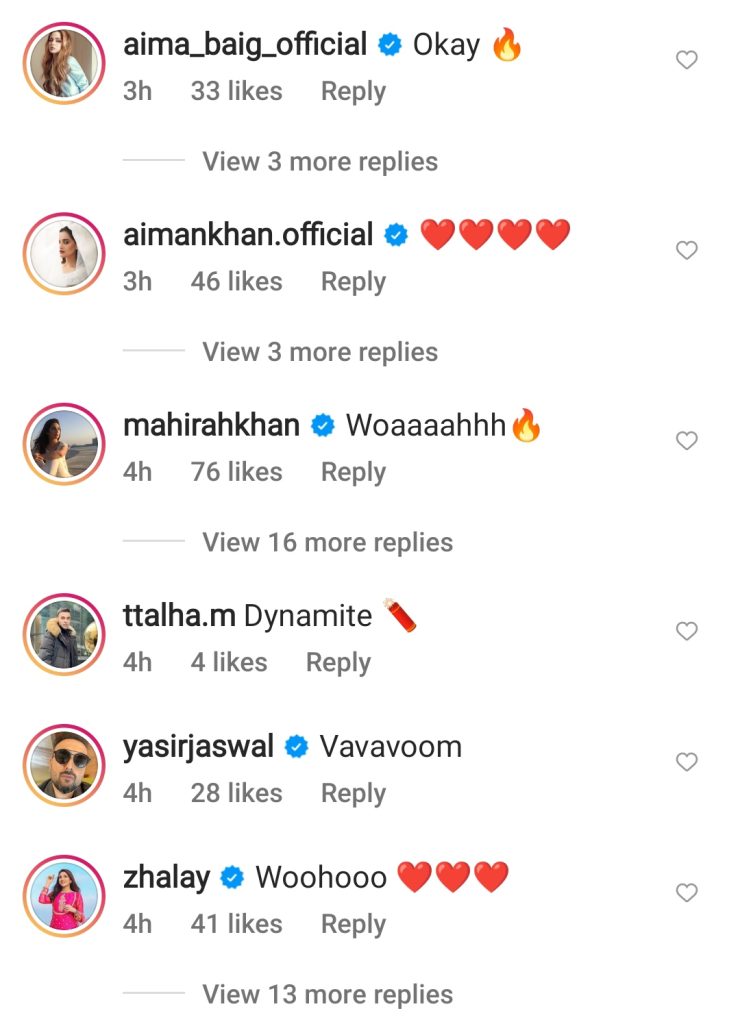 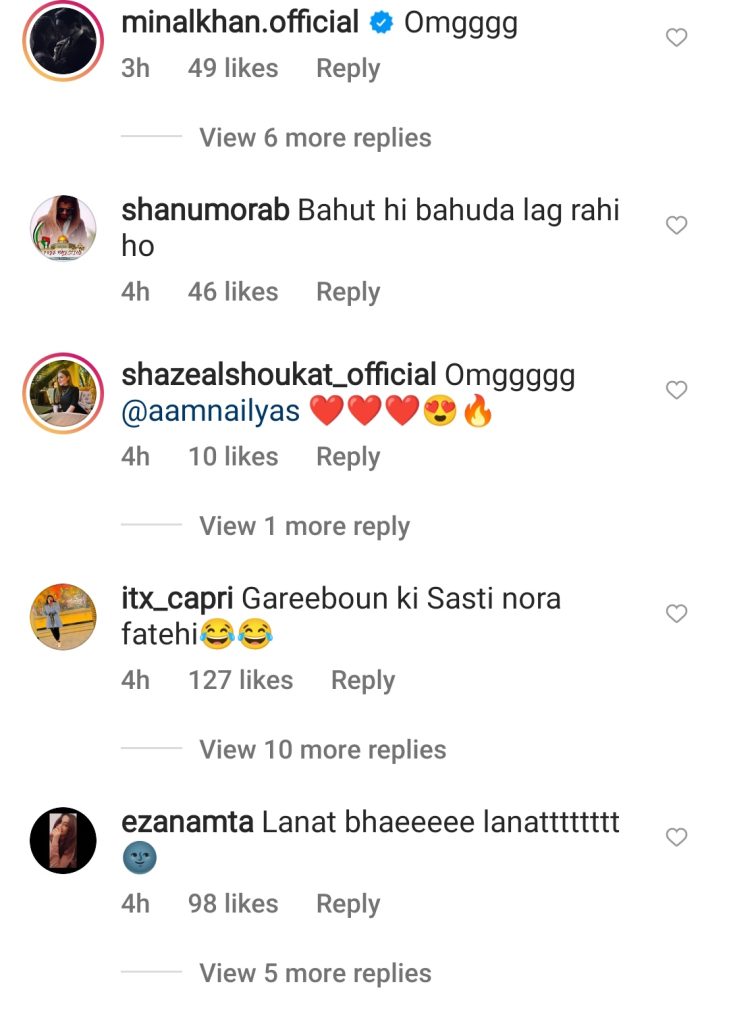 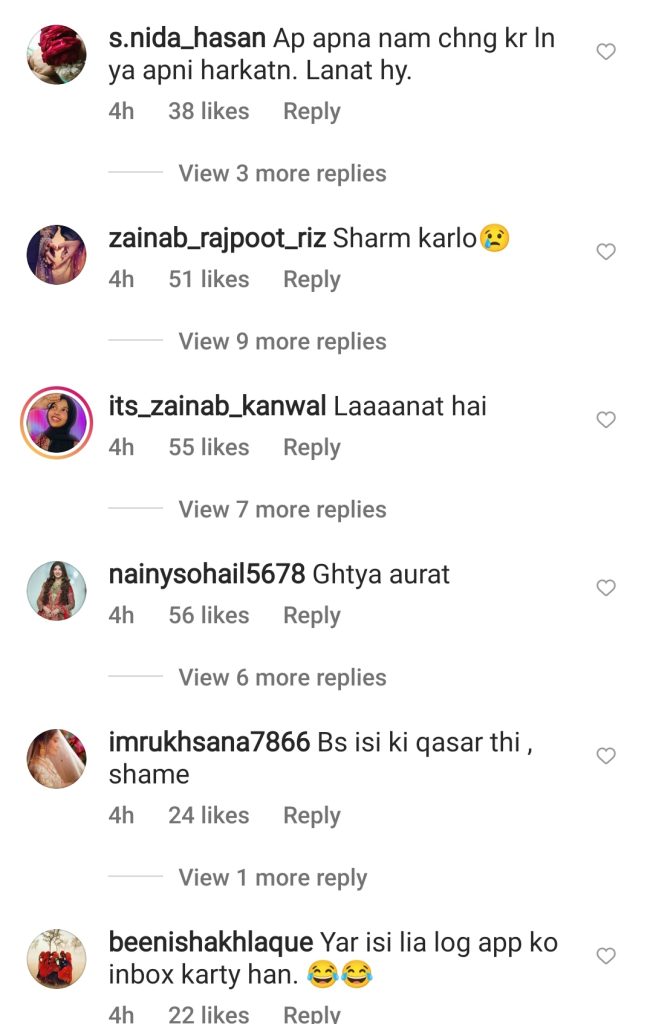 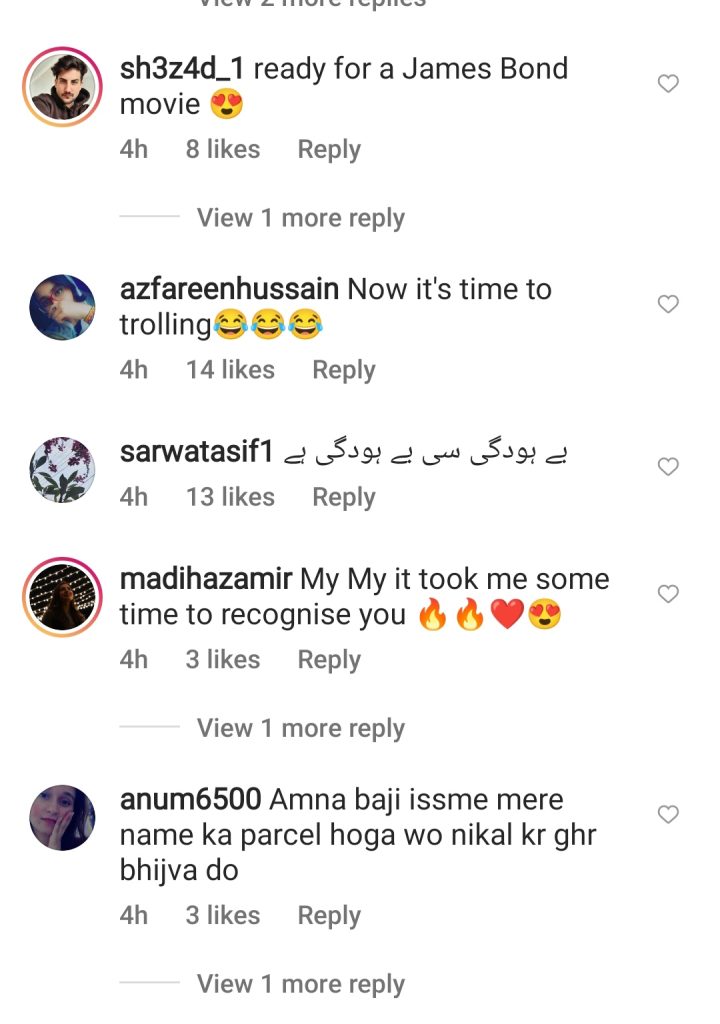 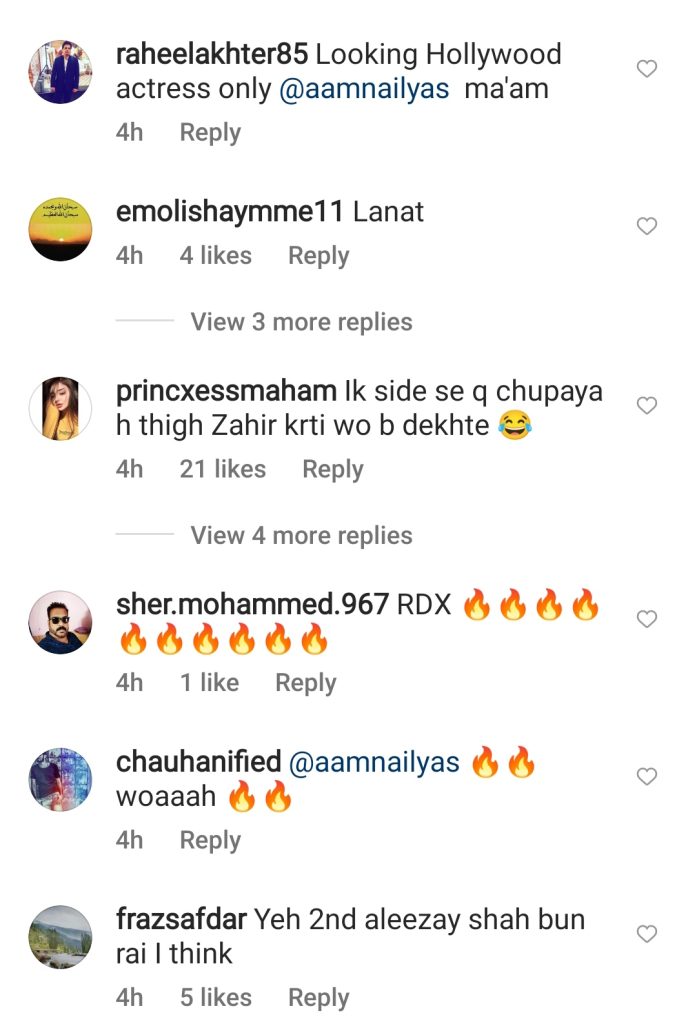 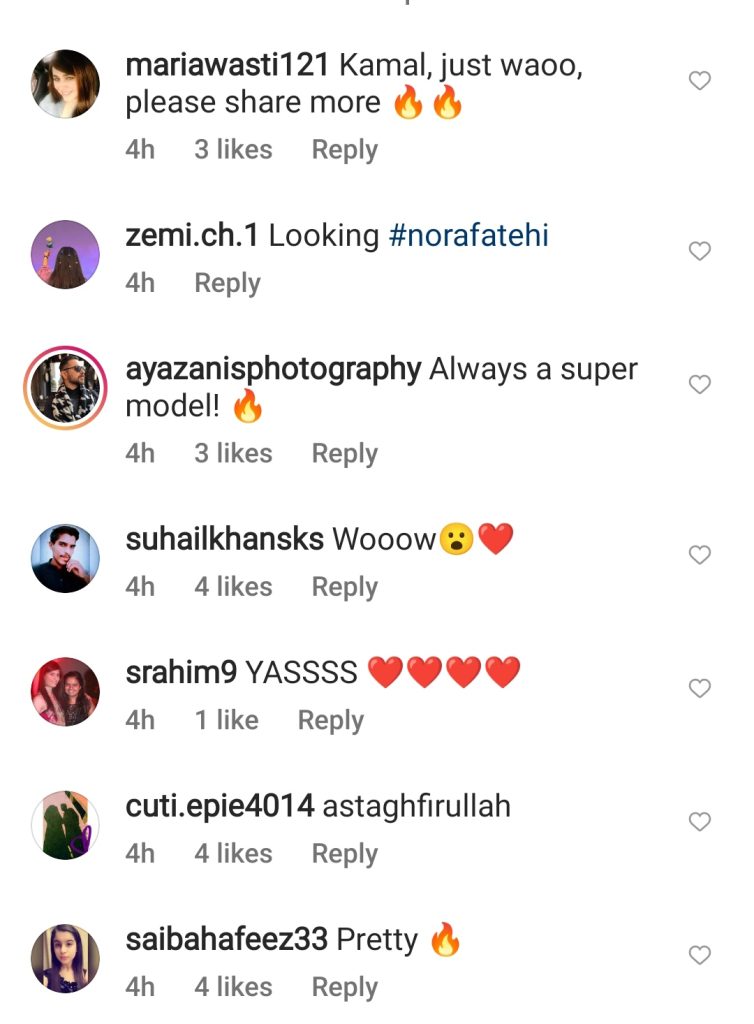 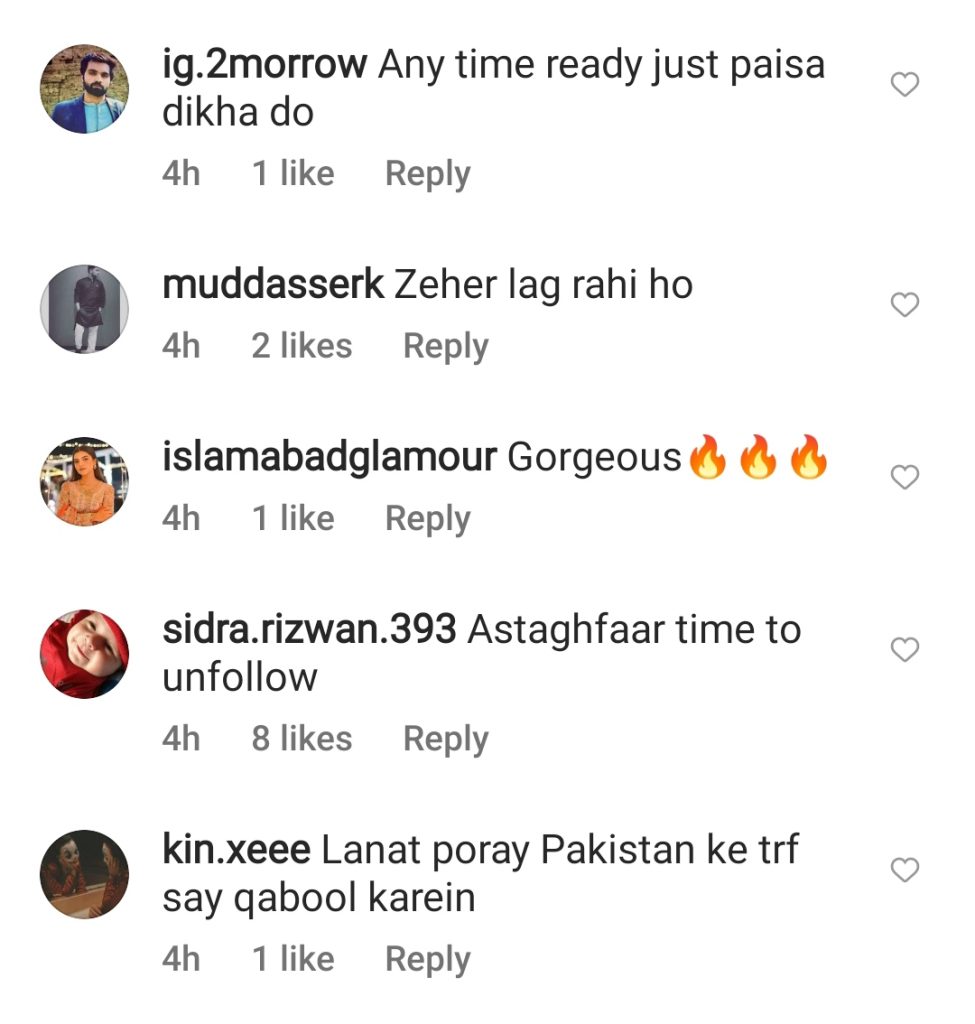 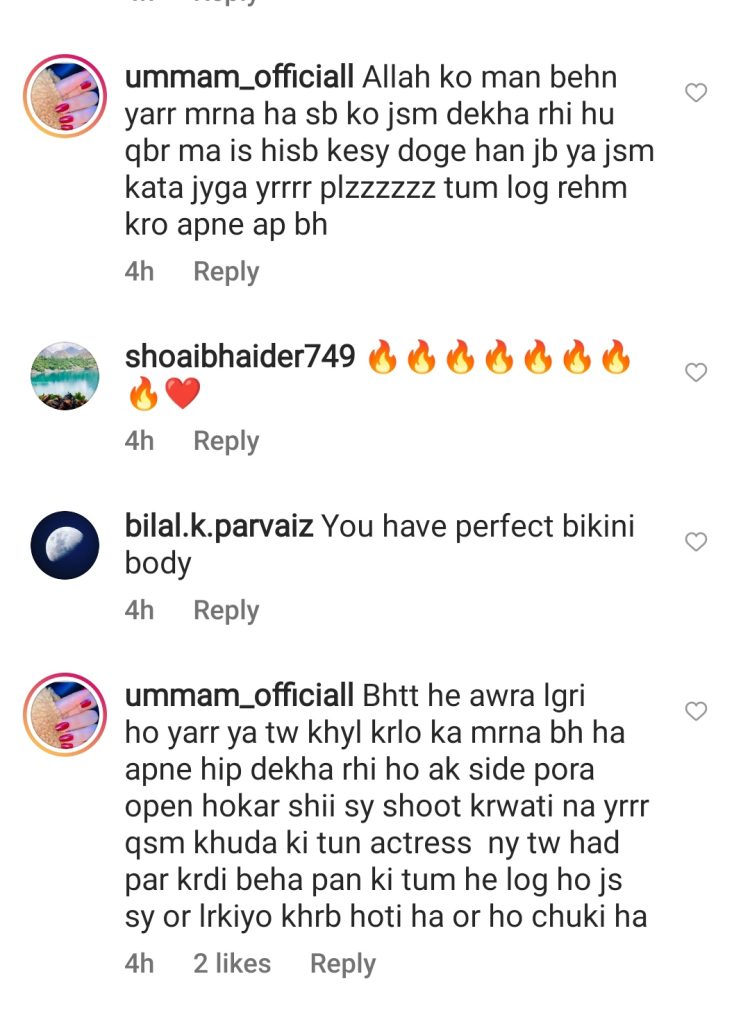 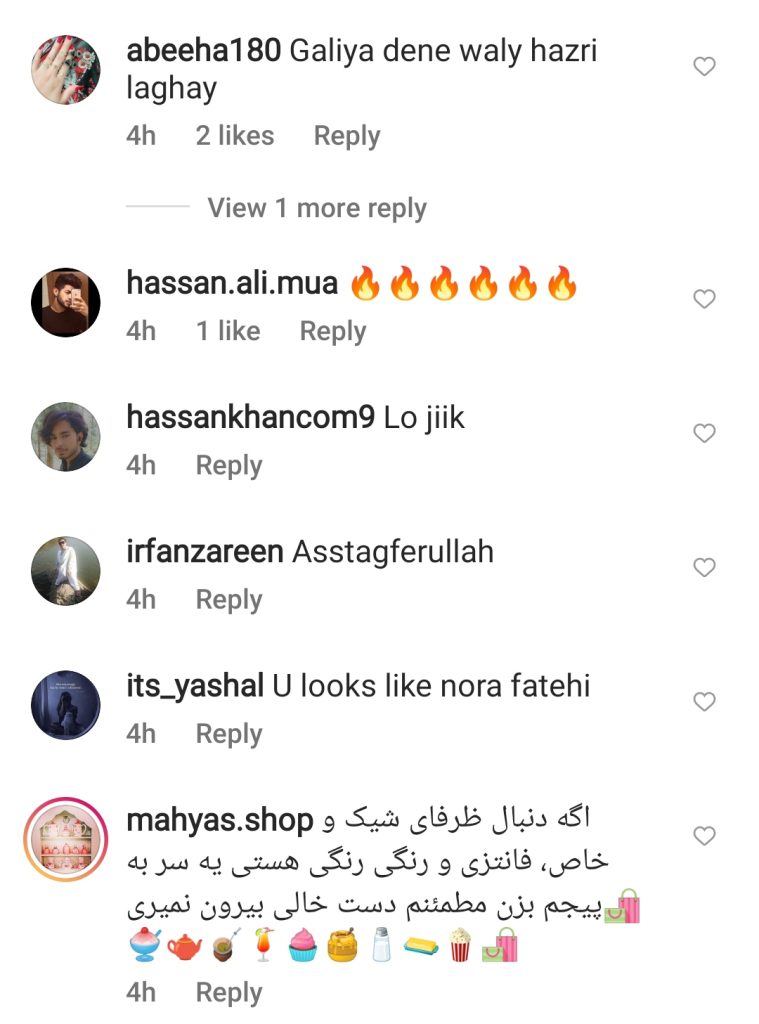 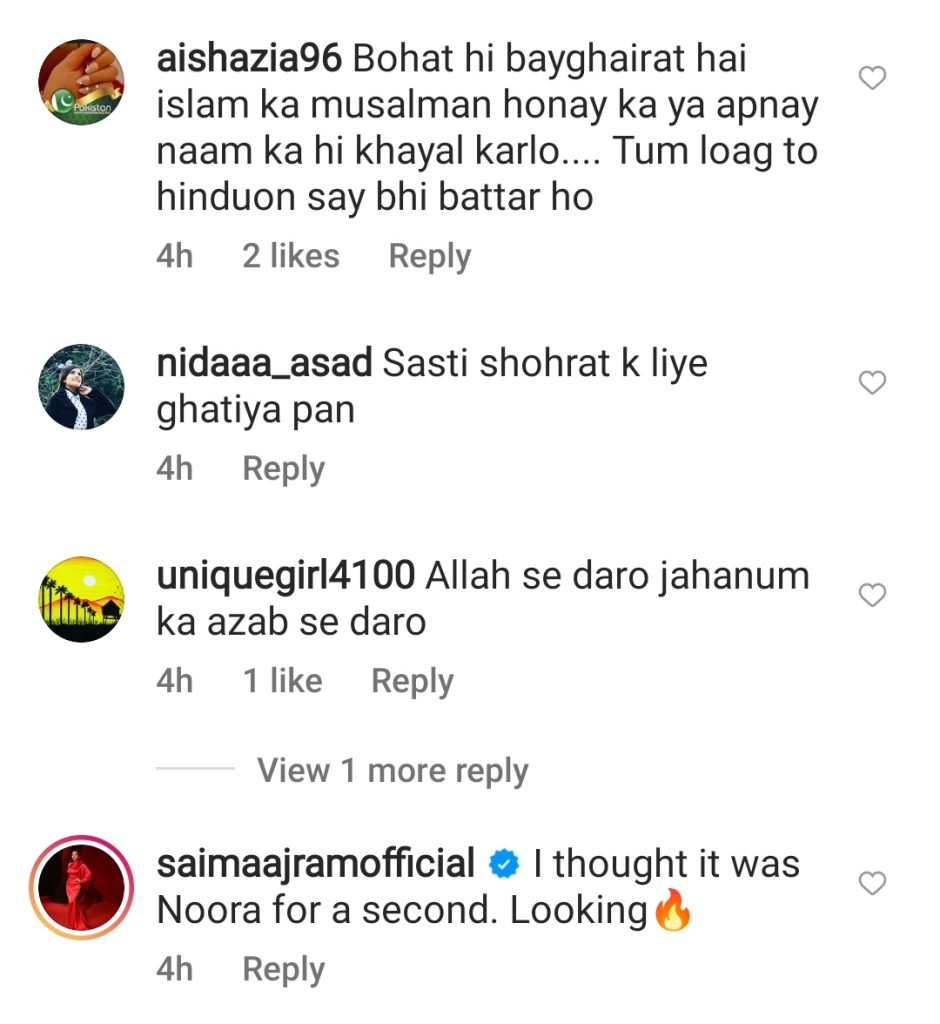 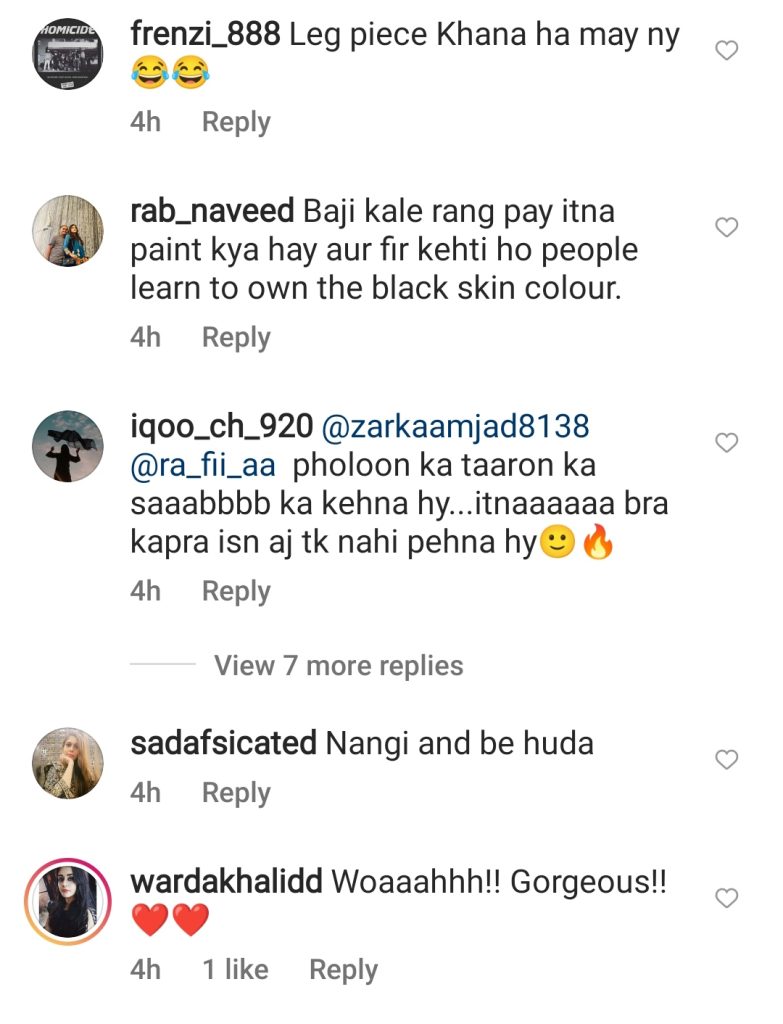