Aamir Liaquat is definitely THE person for Ramadan transmissions. Whether you like him or not, you will get to watch him every Ramadan at different channels hosting the transmissions. This year we saw him on PTV but rumours have been circulating that h has been sacked from the show due to his rude behaviour with the management.

He put the rumours to rest when he appeared at the Iftar transmission with his second wife Syeda Tuba and also cooked qorma with her. He has further clarified that he will be seen in Iftar transmission but cannot do the Sehri one due to his bad health. Here are some licks of the couple when they appeared together at the show: 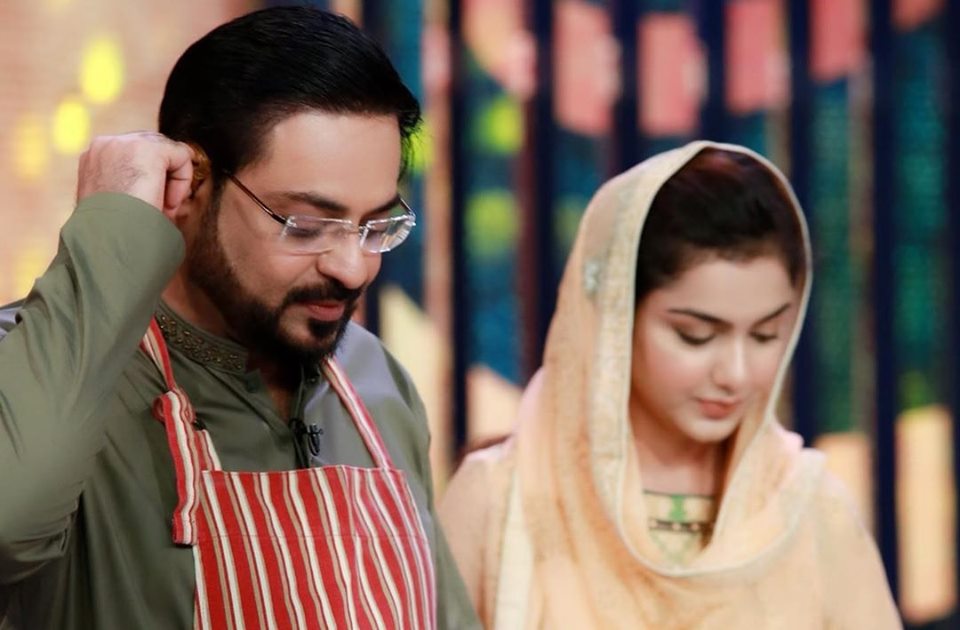 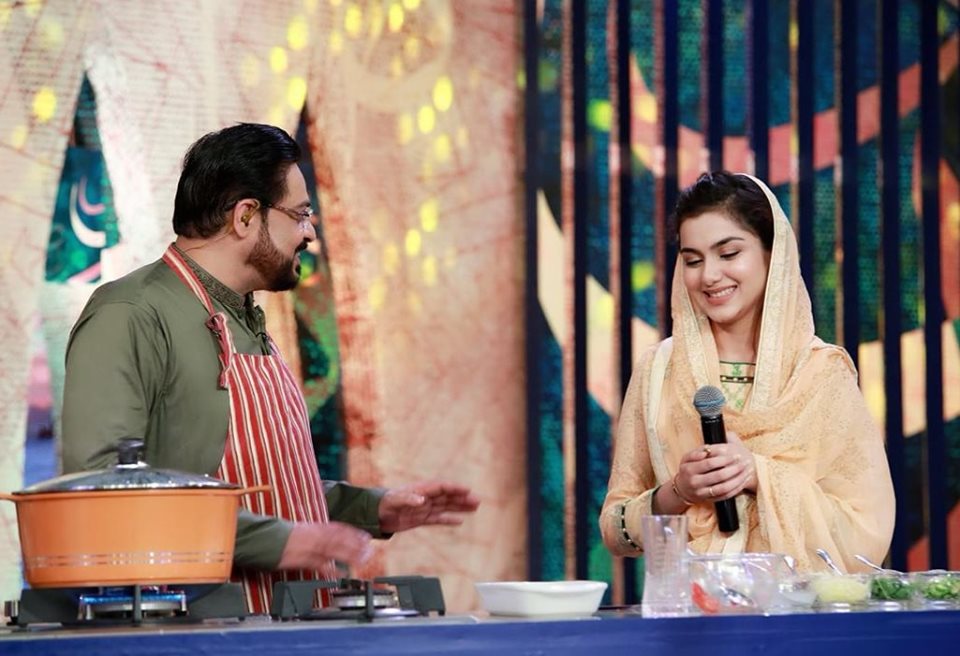 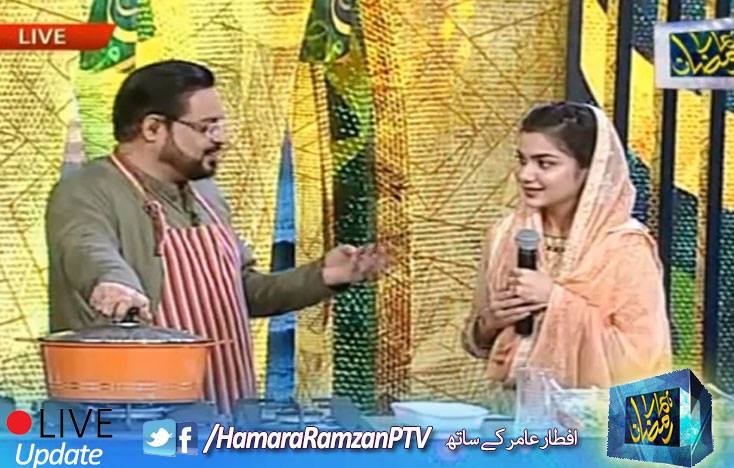 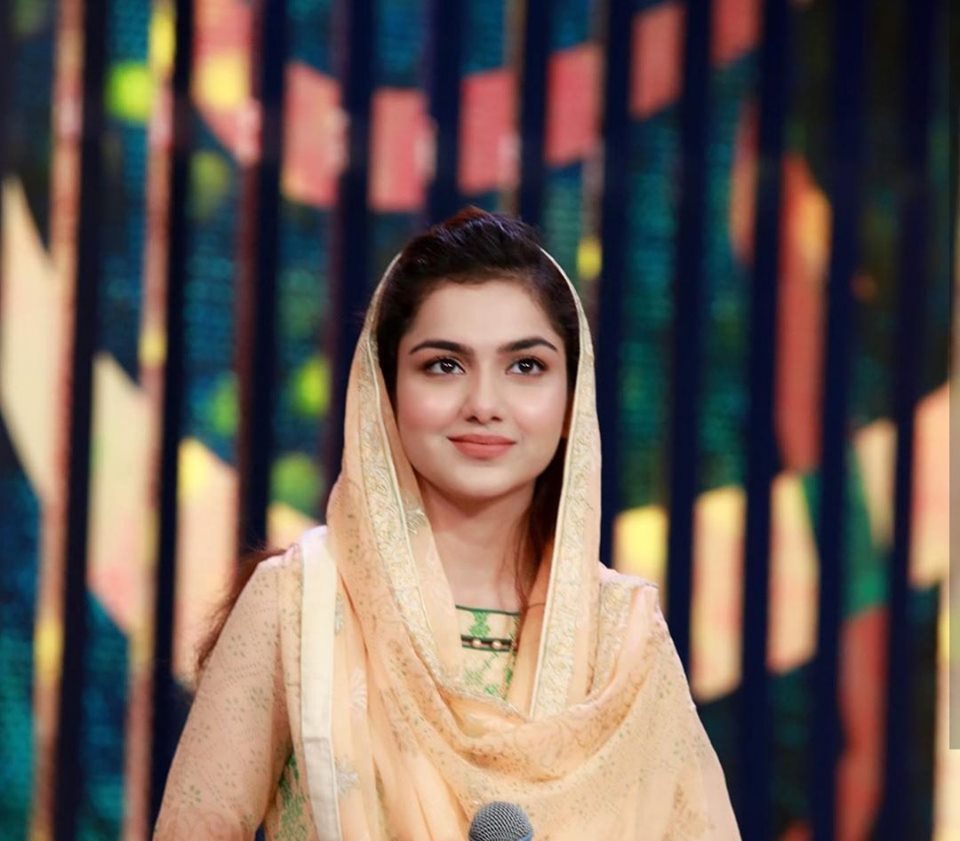 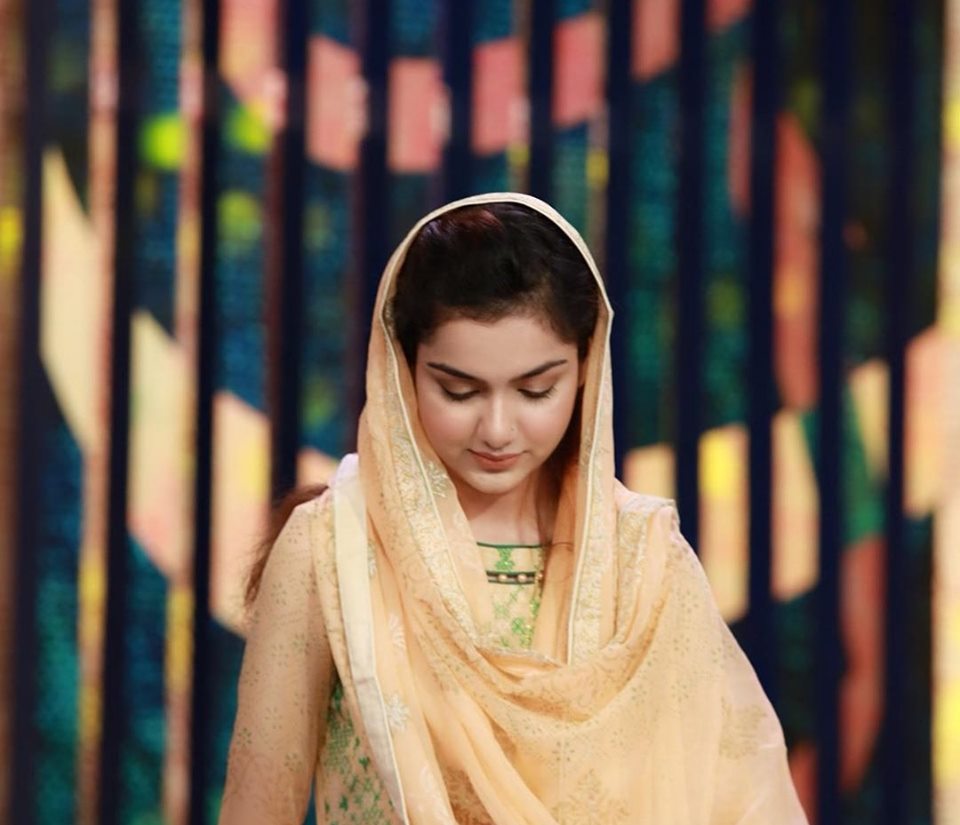 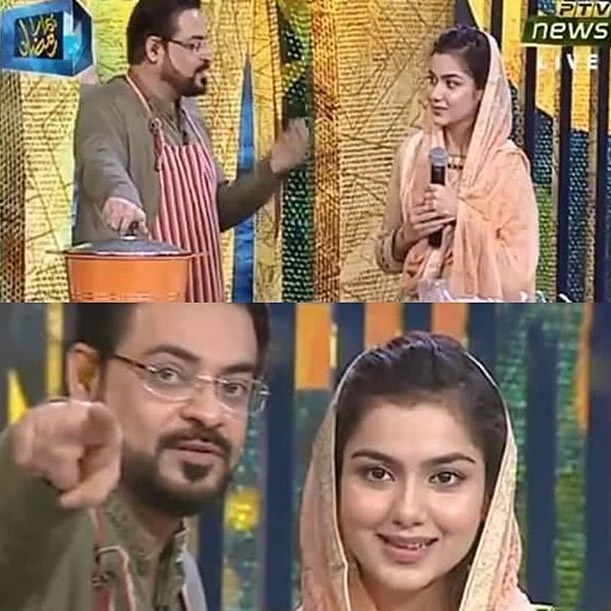 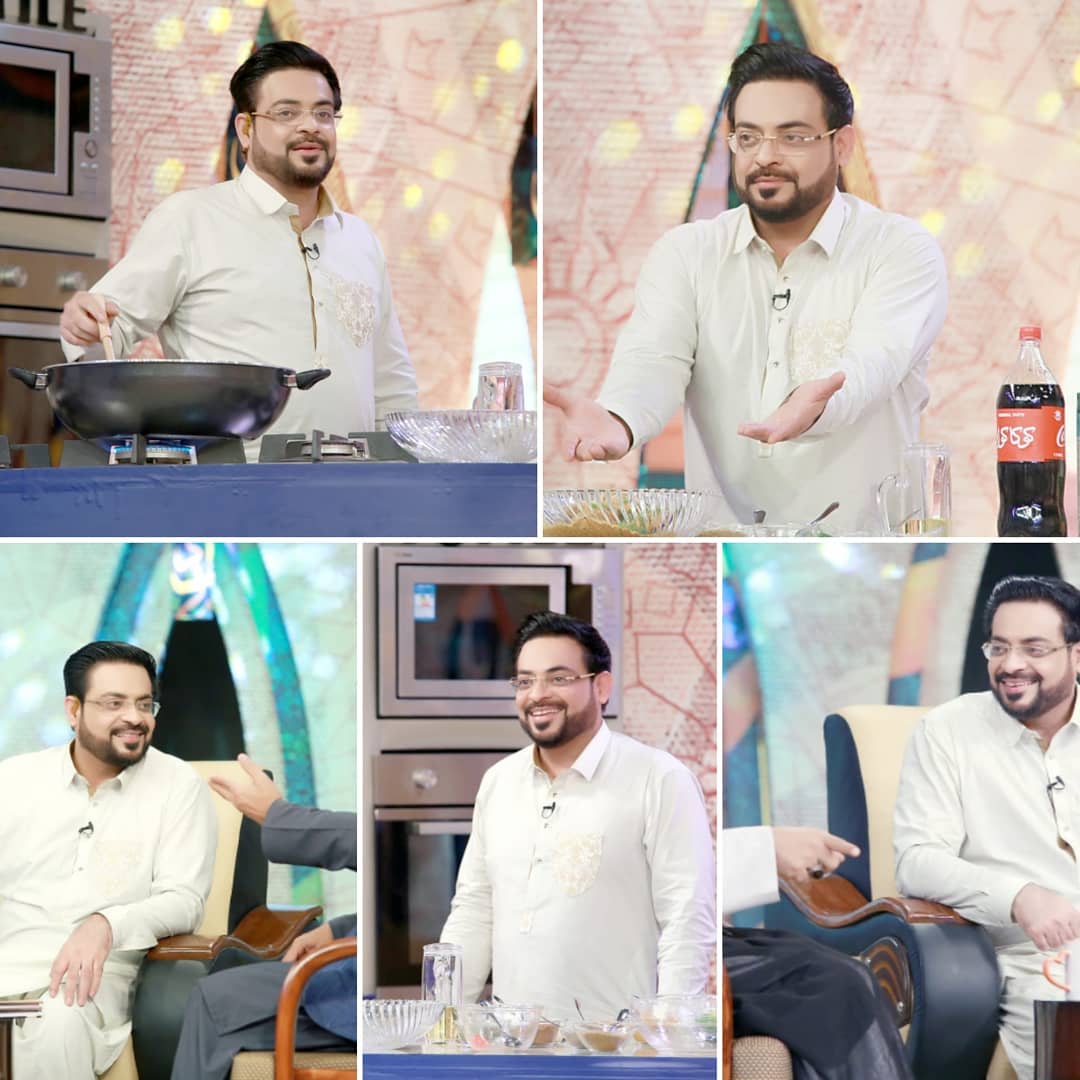 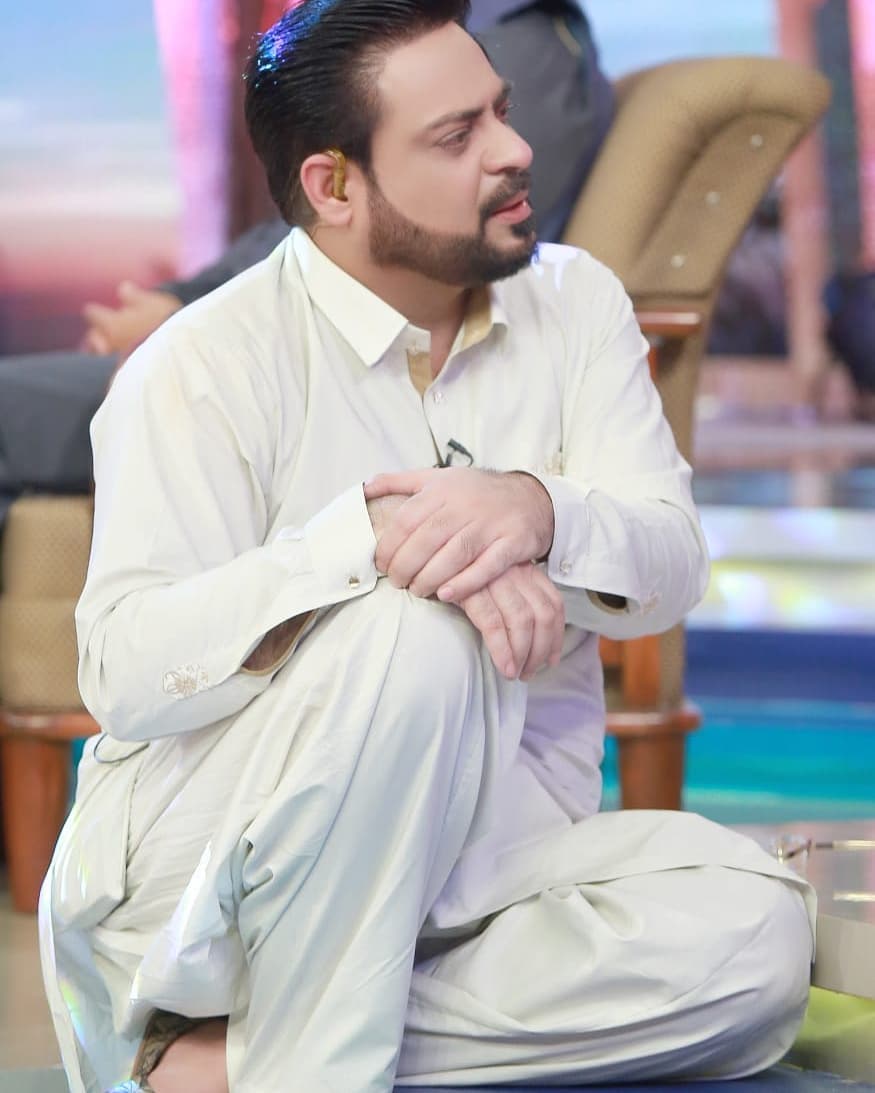 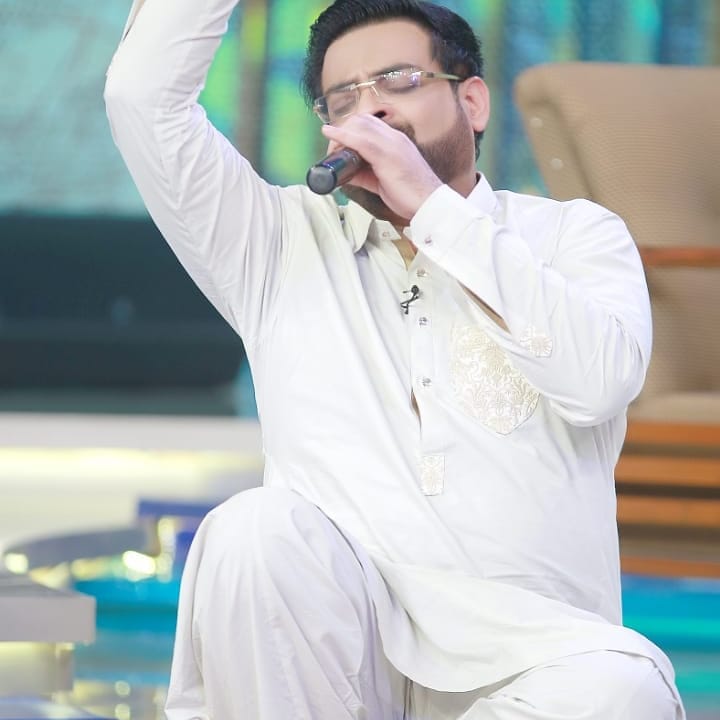