Asif Raza Mir To Be A Part Of An HBO Series

Asif Rza Mir is all set to add another feather to his cap. Asif Raza Mir has played lead roles in many dramas as well as films throughout his career. The actor has also played some strong and intense characters in the recent past. He also owns a production company. 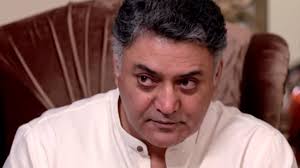 The actor is now all set to perform in a television series that will be screened on HBO. The series is titled Gangs Of London and will have about 10 episodes. The actor has confirmed the news already and is busy shooting for the project in London right now. He was earlier seen on his son, actor Ahad Raza Mir’s Hamlet and was surely a proud father.

It is great for Asif Raza Mir as well as Pakistani industry that a Pakistani talent is going to perform in an HBO series!