Atif Alsam is completely focused towards his career, the star is not just collaborating with national rock stars but is also teaming up internationally. According to source Atif Aslam is collaborating with the acclaimed international artists Akon, who is also the Grammy award-nominated musician. Both the singers will be singing a song for the Bollywood movie Tum Bin 2.
According to a source the song composition will be done by Ankit Tiwari. It will be a romantic number sung by Atif Aslam with Akon singing the hook-line in Hindi. The video of the song is to be shot in a five star vintage hotel in India.
Tum Bin 2 is a sequel of Tum Bin which will be directed by Anubhav Sinha who also aims to reproduce the song Tumhare Siva Kuch Na.
About Akon’s comeback in Bollywood, Sinha said, “It’s too early to divulge details as we are in the initial stages of discussion with Akon’s team.”
Both the singers are superb rock stars listening to their voice together will be a treat. 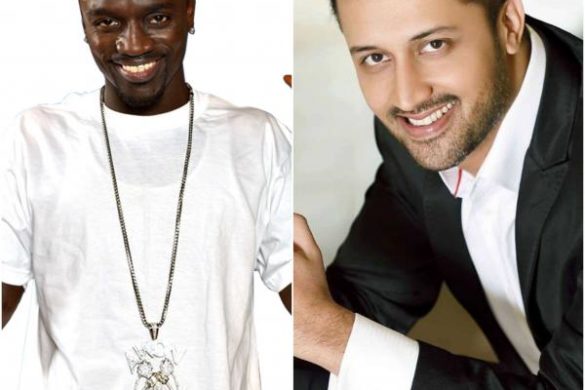