Ayesha Omar is a gorgeous Pakistani television and film actress. The pretty actress is considered to be a style icon in Pakistan, fans adore Ayesha Omar as “Khoobsurat” because of her popular sitcom Bulbulay, Ayesha can rightly be called one of the most popular and highest-paid actresses of Pakistani television and film industry. Her film Rehbara is soon going to be released. She’s also coming in drama serial Habs which is airing on ARY Digital. 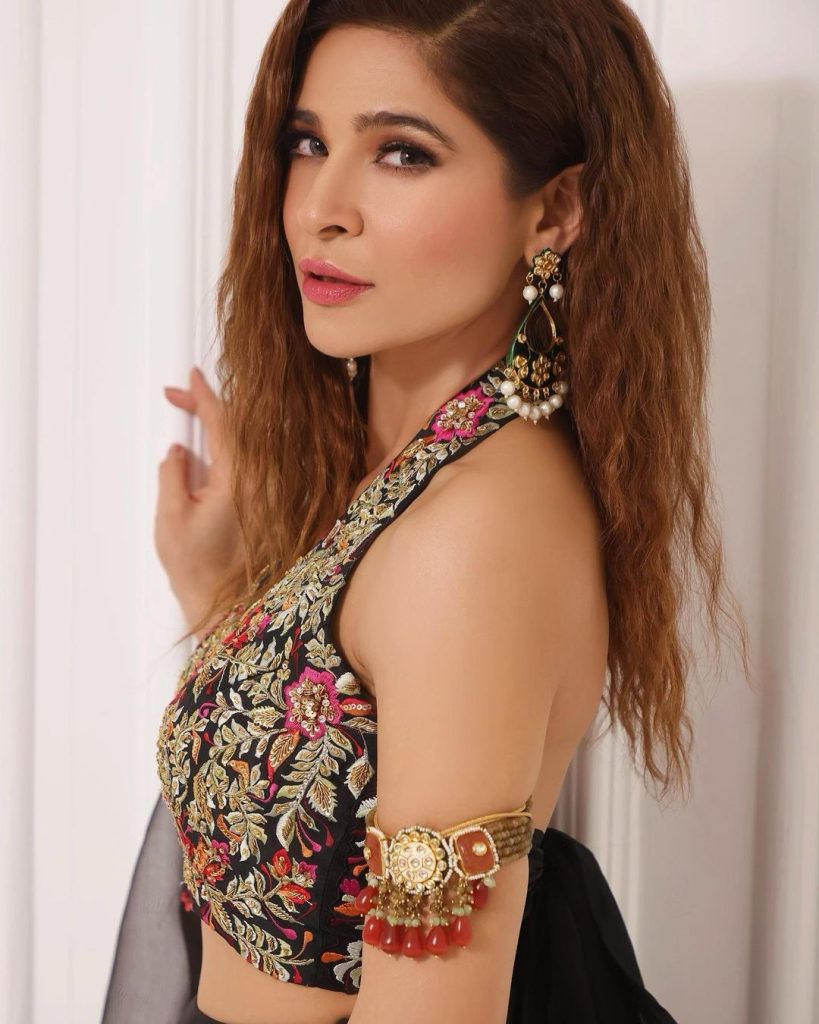 Lately, the actress is on her trip to Barcelona, Spain, from where she is uploading her beautiful pictures. Ayesha is having a great time in Barcelona. She has visited a few cultural/historical sites in Barcelona and also uploaded beautiful captions with pictures. Ayesha has also uploaded her pictures while having her scrumptious brunch. She’s wearing lovely white tank top, at another place, she was wearing gorgeous parrot green top. She posted glimpses of chocolate factory Gaudi Barcelona. Here are all the pictures of Auesha from beautiful city of Barcelona, Spain. 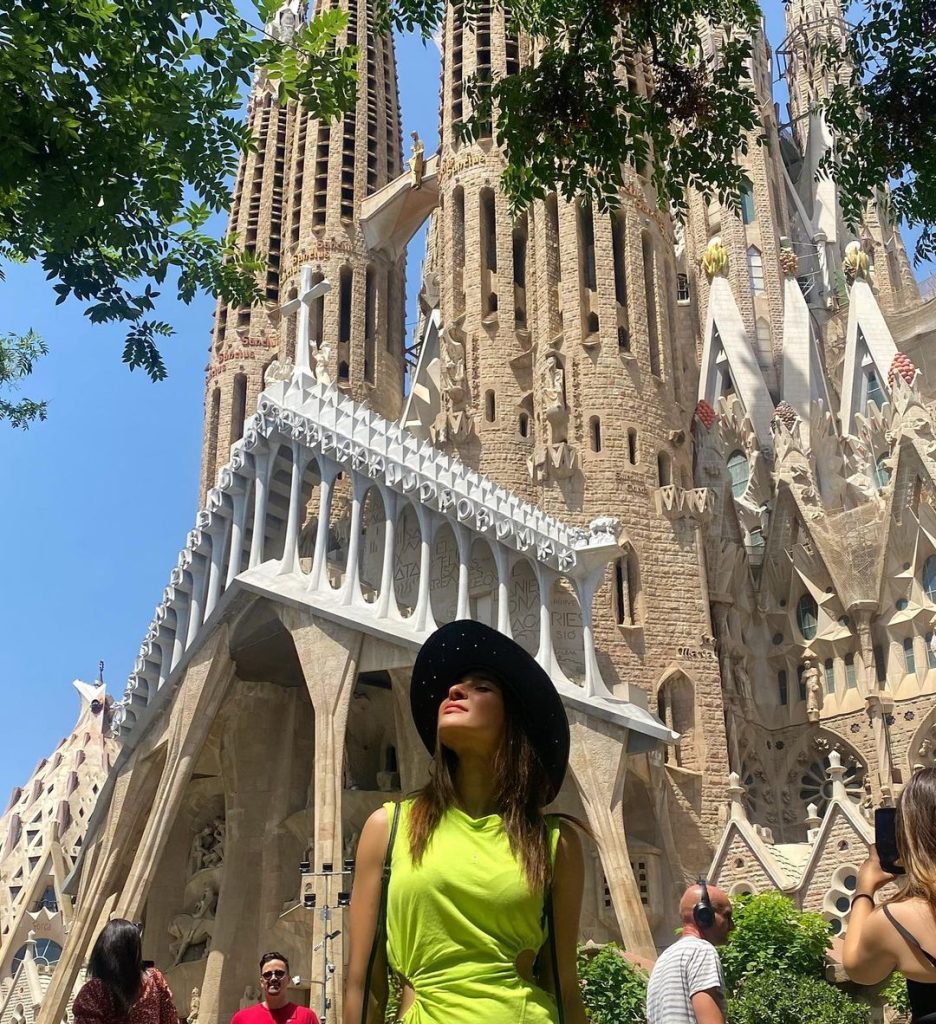 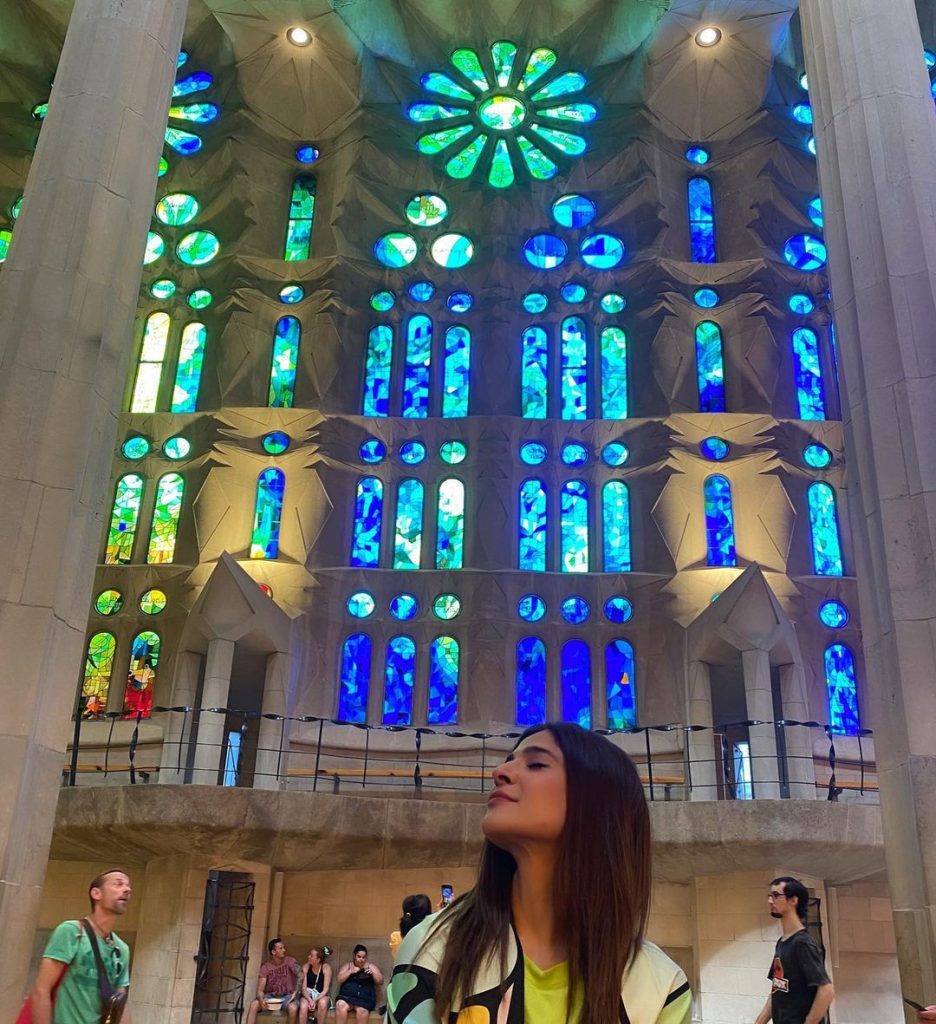 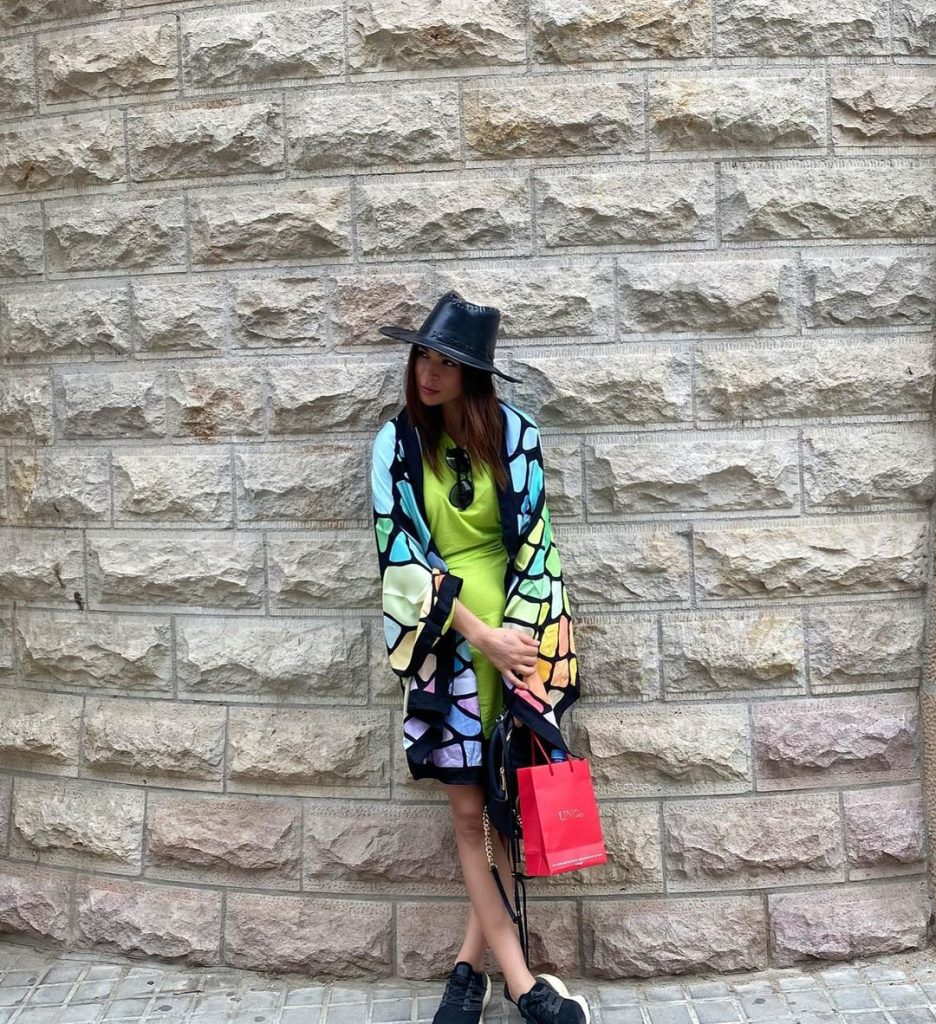 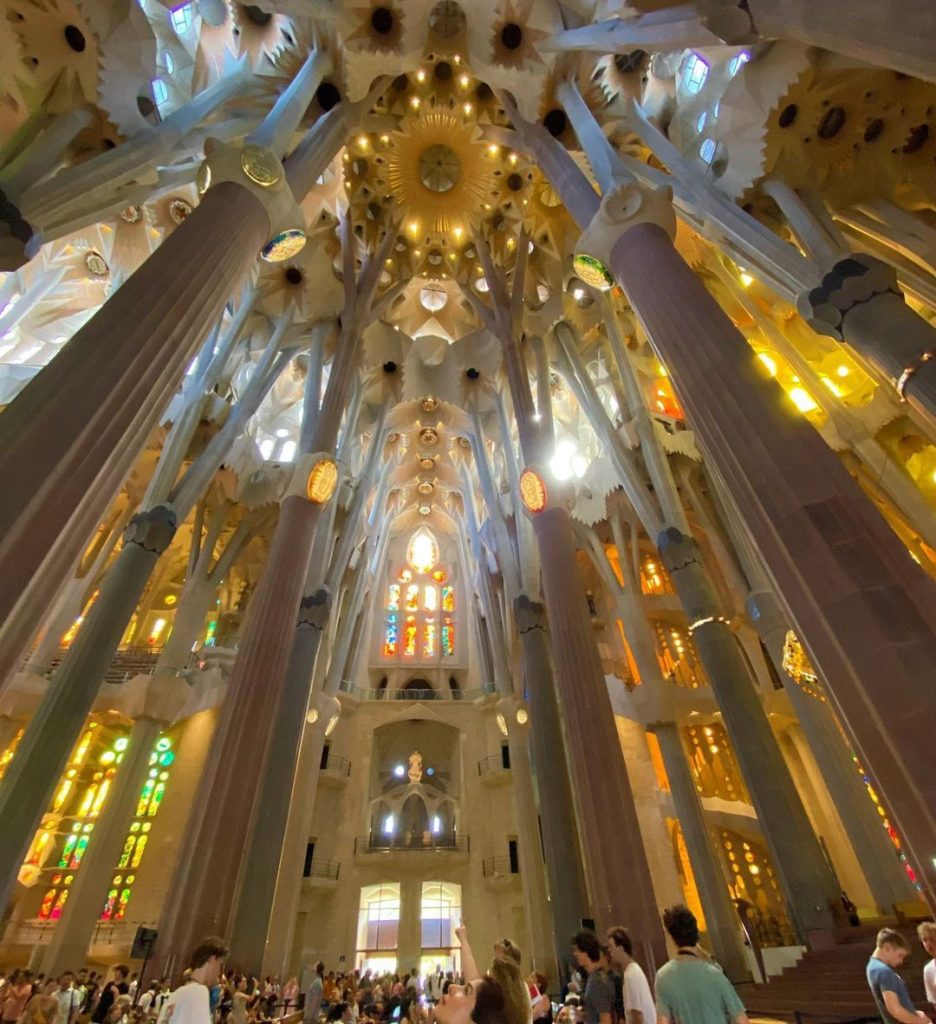 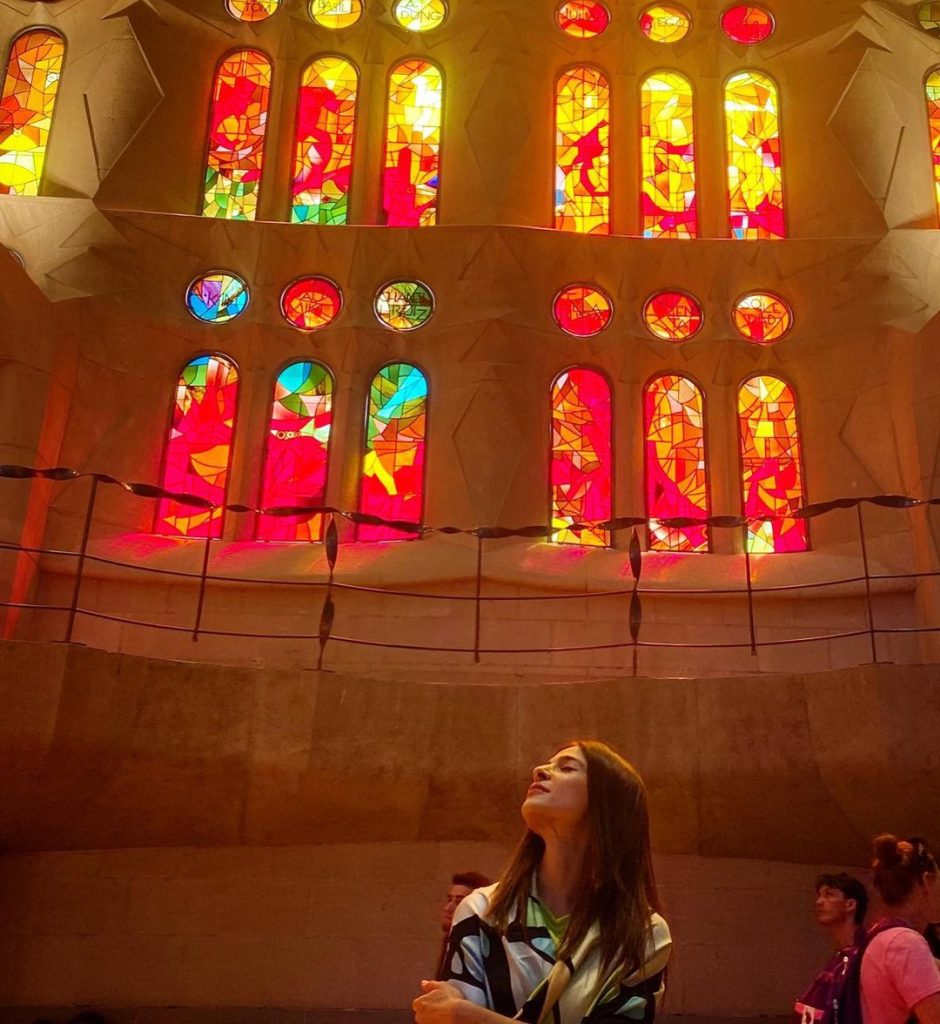 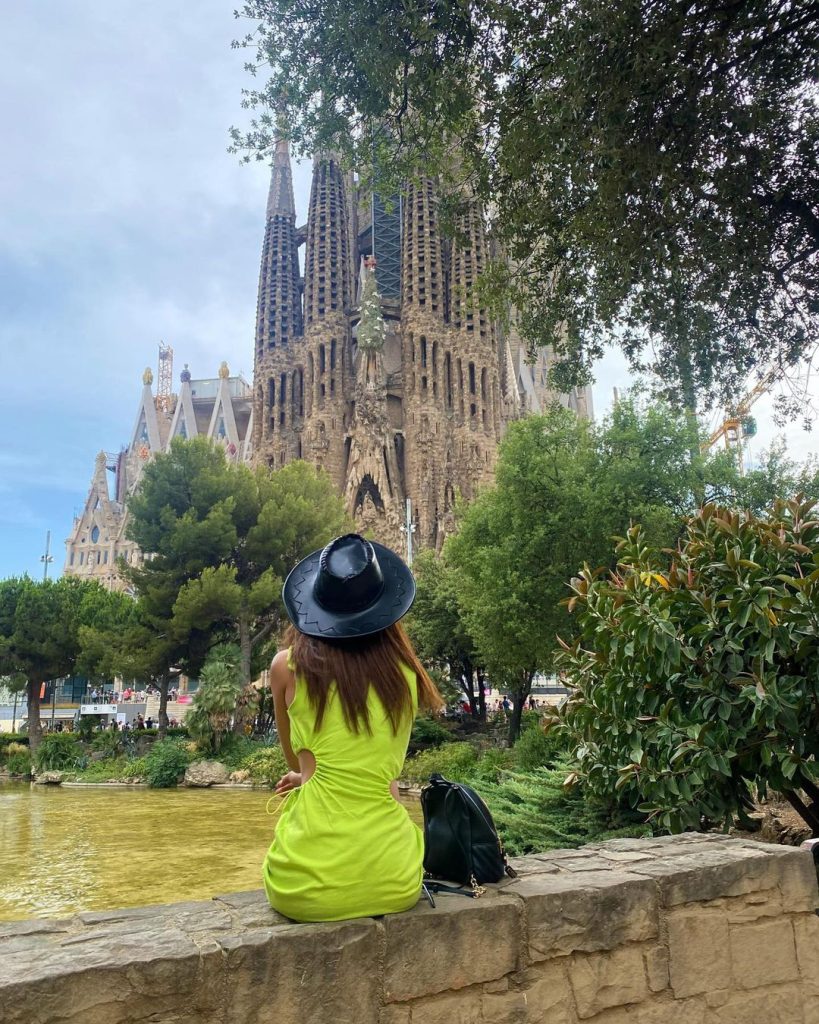 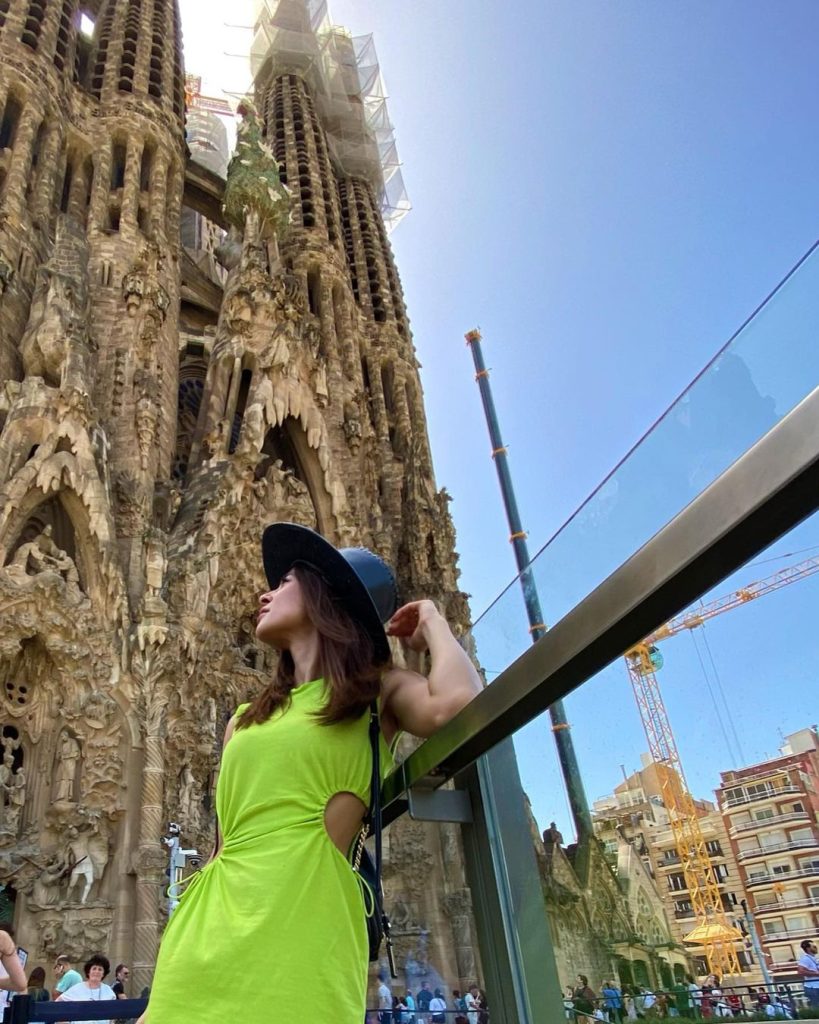 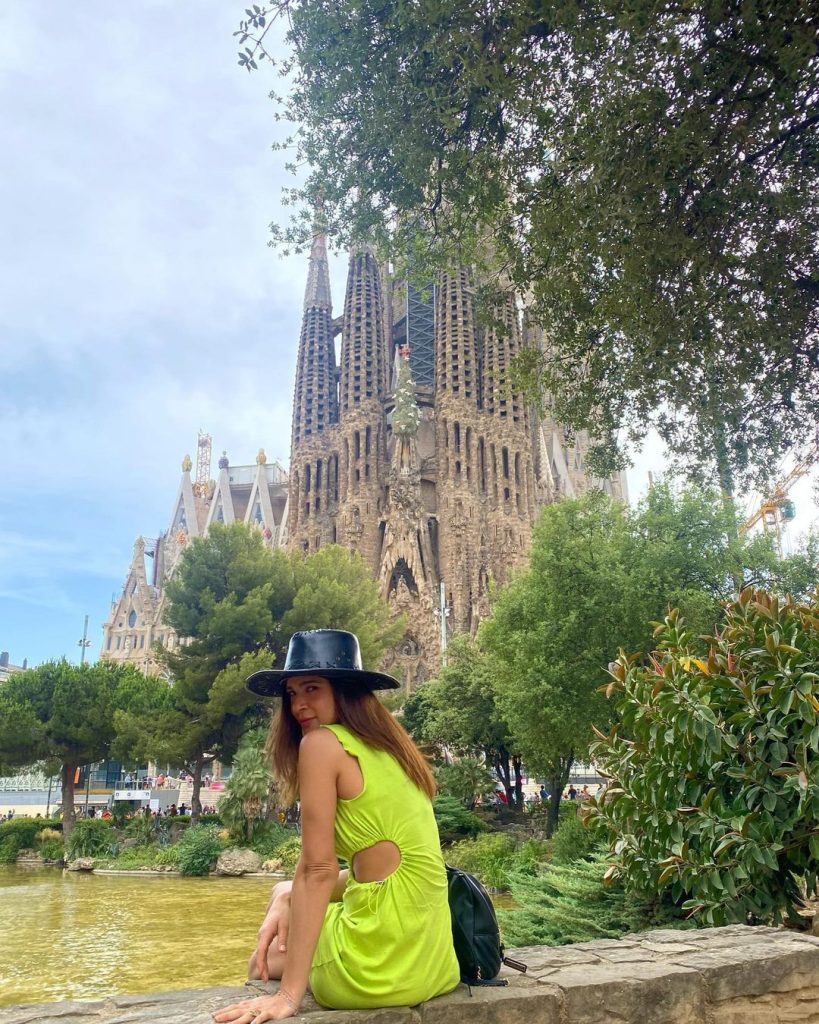 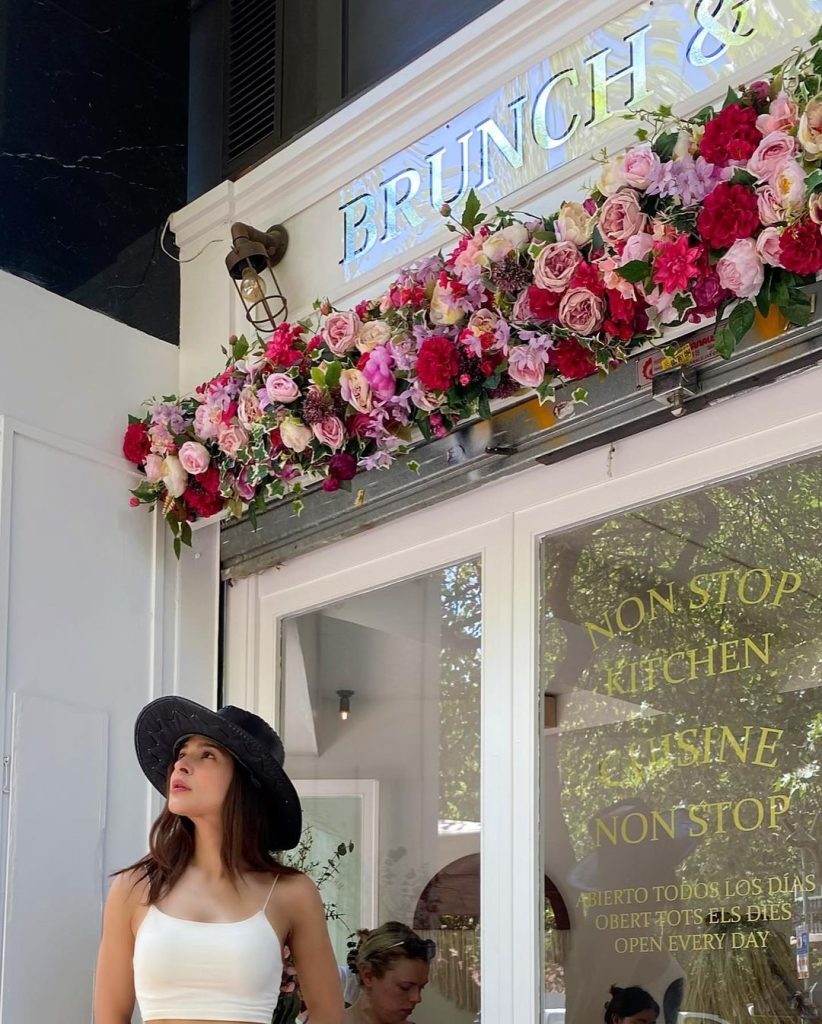 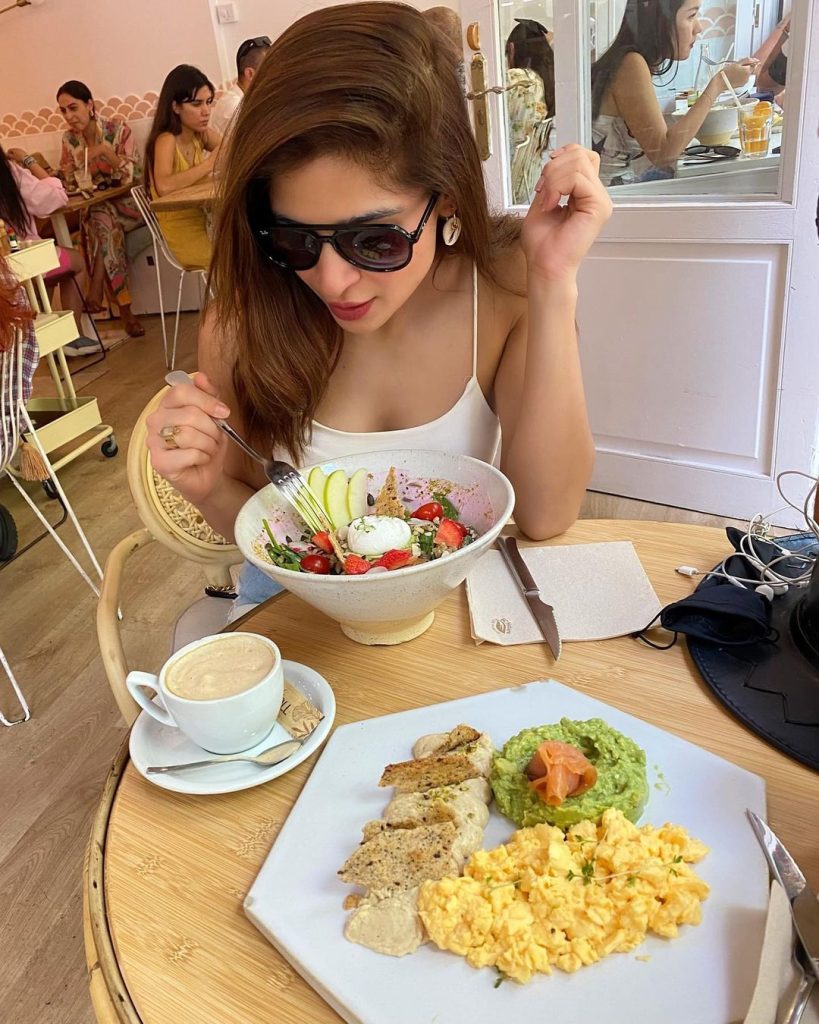 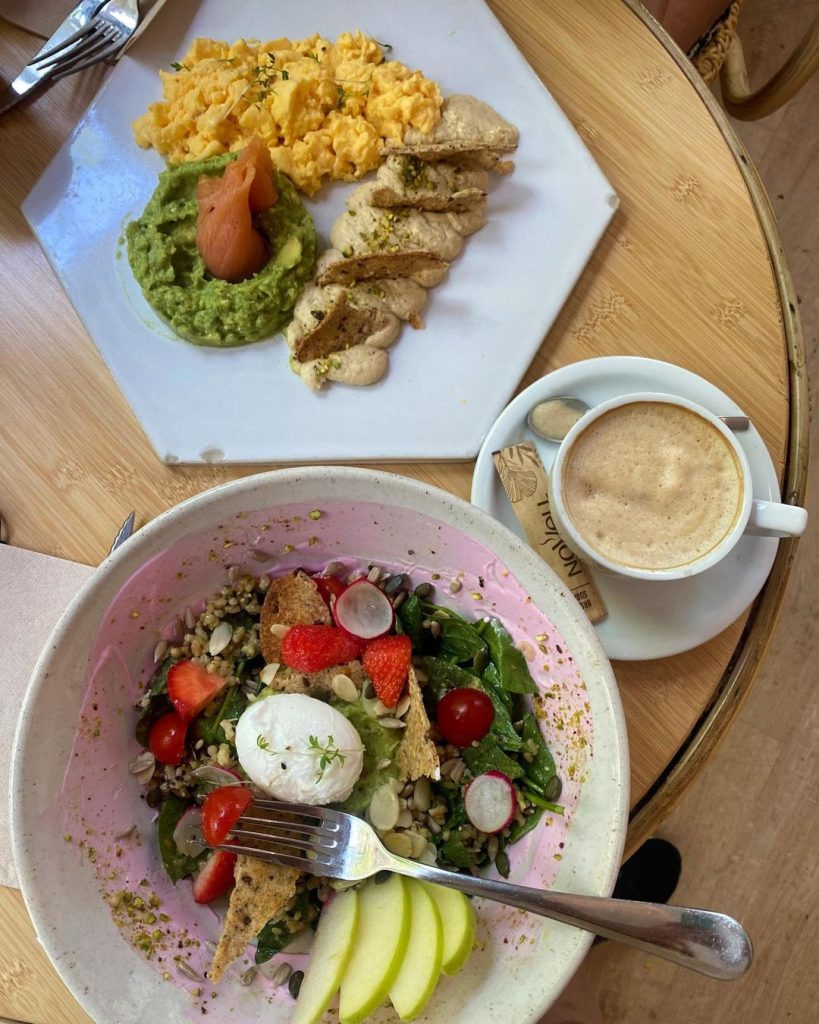 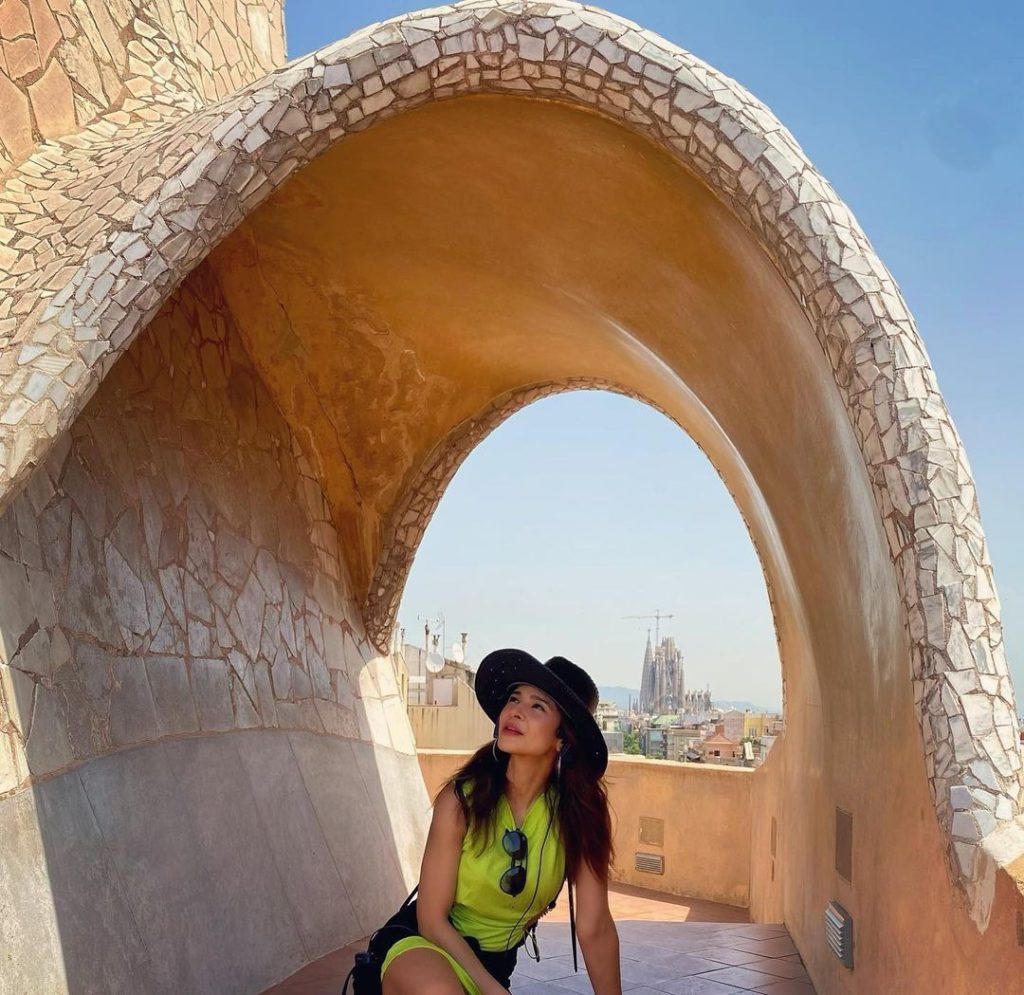 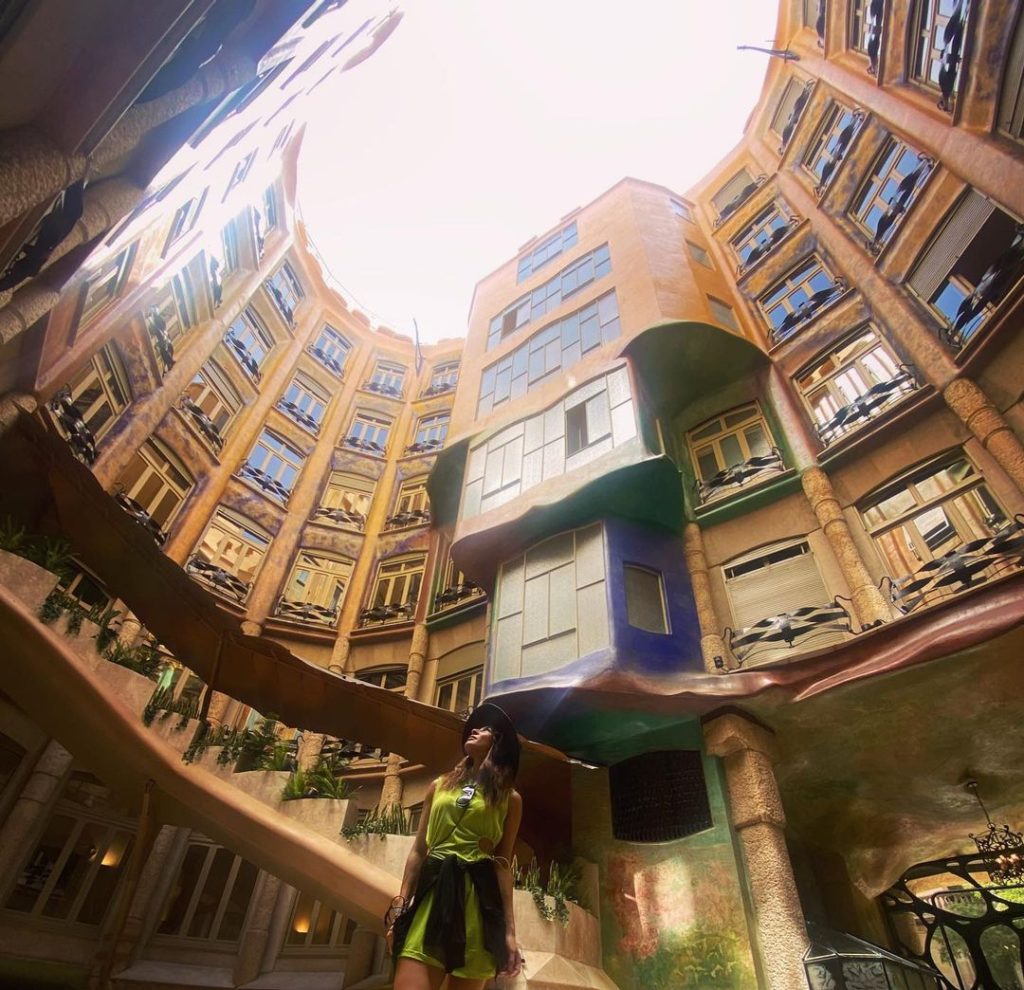