Ayesha Omer is a versatile actress, model, and a singer. Her role as Khoobsurat in ’Bulbulay’ earned her a lot of love, respect, appreciation from the audience and a massive fan following. She is among the highest-paid actress of Pakistan television industry and often considered as the style icon in Pakistan. She started her career as a model. She did modeling for many brands and walks on the ramp for famous designers as a showstopper. The way she poses for the camera is loved by her fans.

Ayesha played a lead role in the film ’Karachi as Lahore’. She did an item song ’Tutti Fruiti’ and was a playback singer too. Ayesha’s bold character forced her to perform an item song. She doesn’t consider what others will think of her, she did what she wanted to do and that’s really important in life.

Ayesha Omer is a bold actress and so is her dressing. Recently, she posted her pictures on her Instagram page in which she was wearing Nomi Ansari’s beautiful dress for a mehndi event and looked stunning. It was black in color with multicolor embroidery. The dress was ghagra choli! Her heavy ear-rings with light makeup looks perfect with the dress.

Have a look at Ayesha Omer’s pictures! 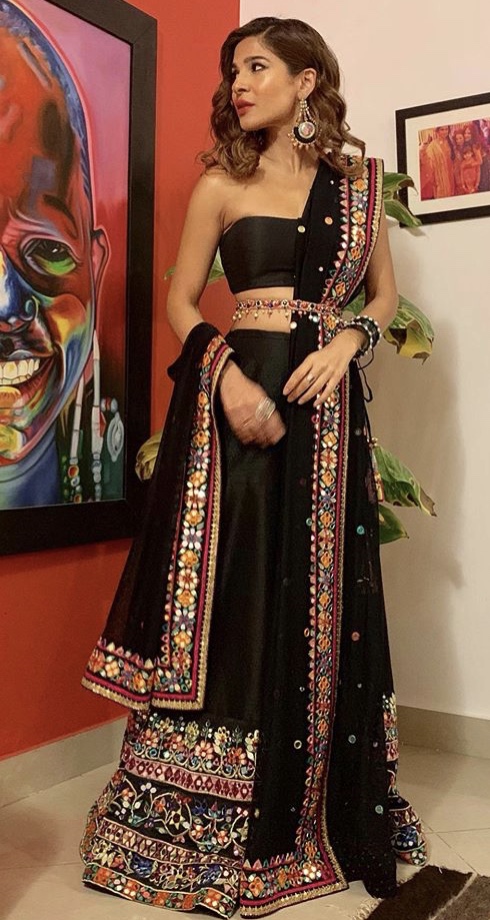 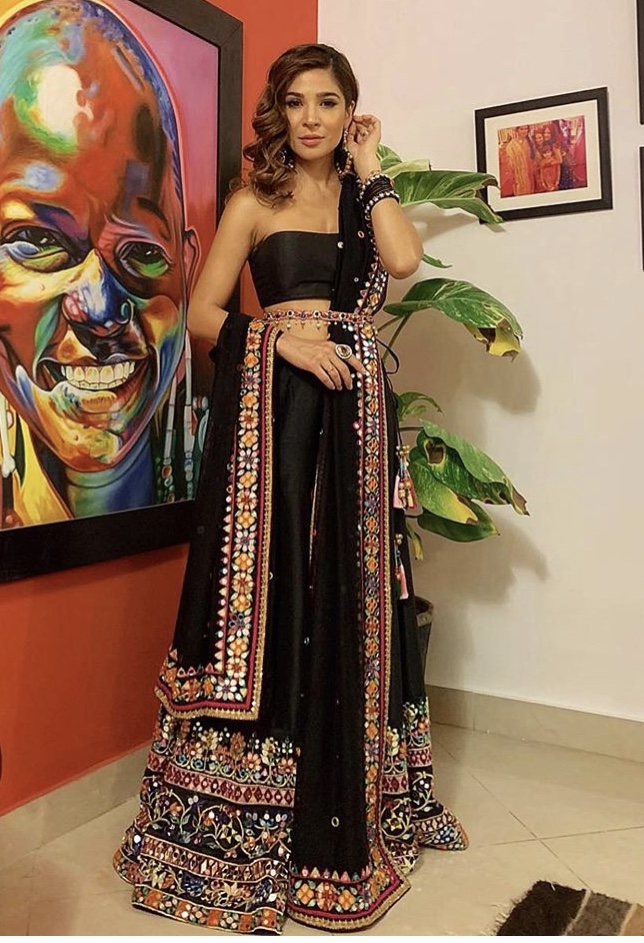 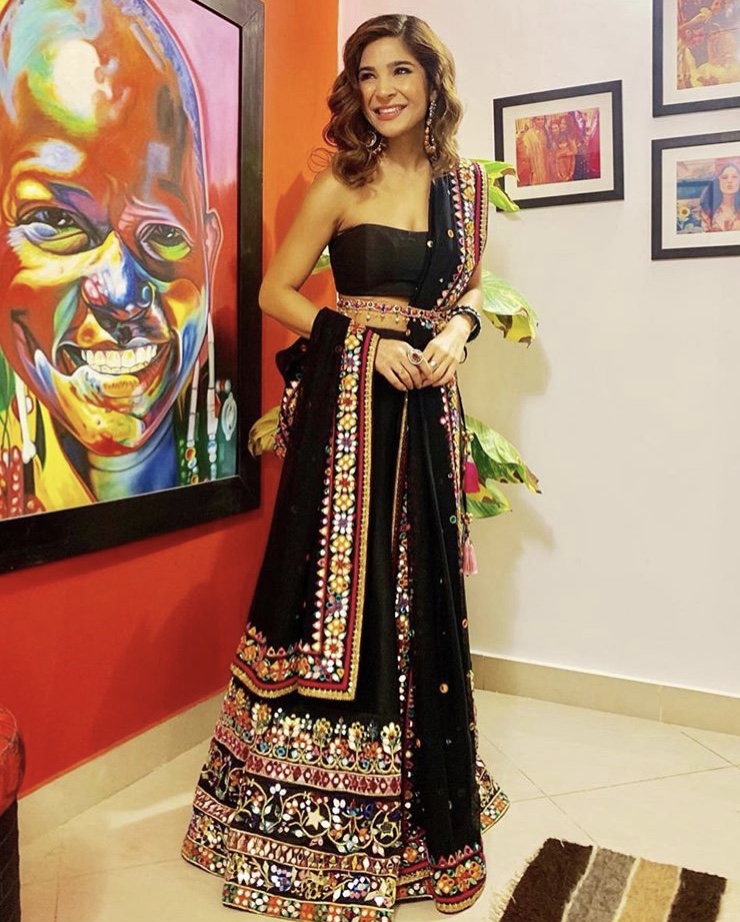 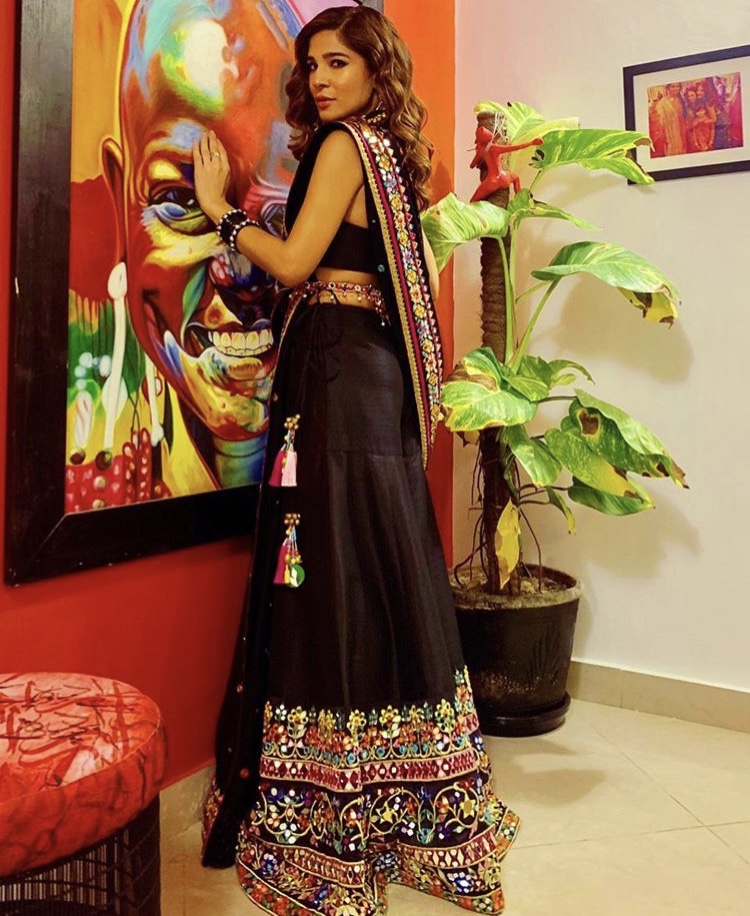 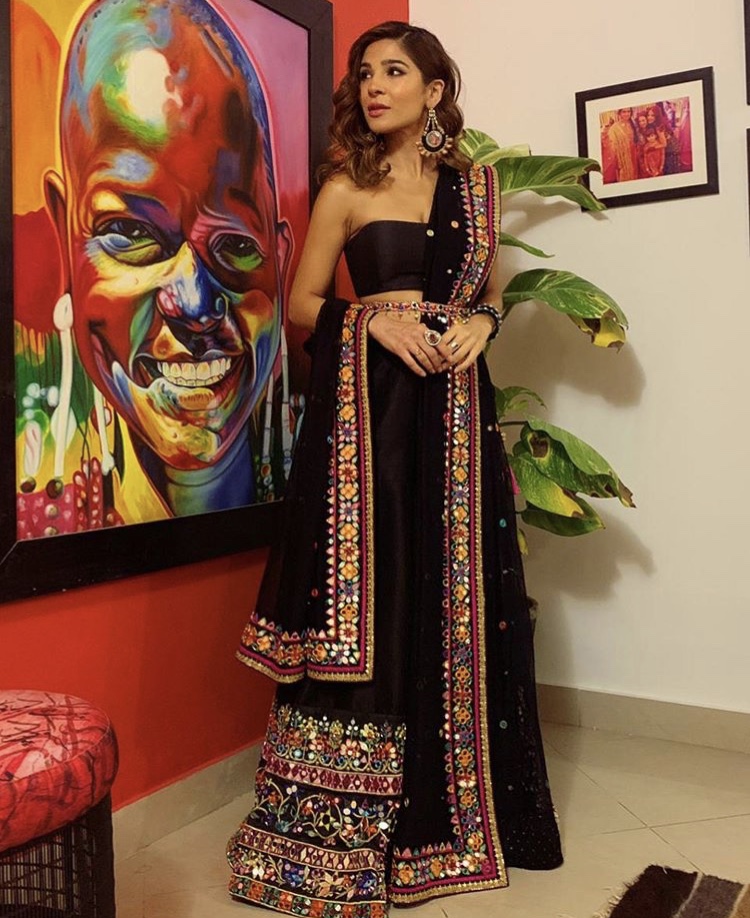