Hira Mani has surely won hearts and has a fan following of millions, all thanks to her good acting and her talent and determination to improve her craft. Her recently concluded drama Do Bol has made her the current fan favourite for sure. She has appeared in many live shows since and has gotten an overwhelming response from the audience, the same is the case on her social media. She appeared on a Ramadan transmission wearing all white and she looked elegant and beautiful as always.

Hira always keeps her makeup neutral for different appearances and manages to shine in her style and persona. Here are some pictures from her appearance: 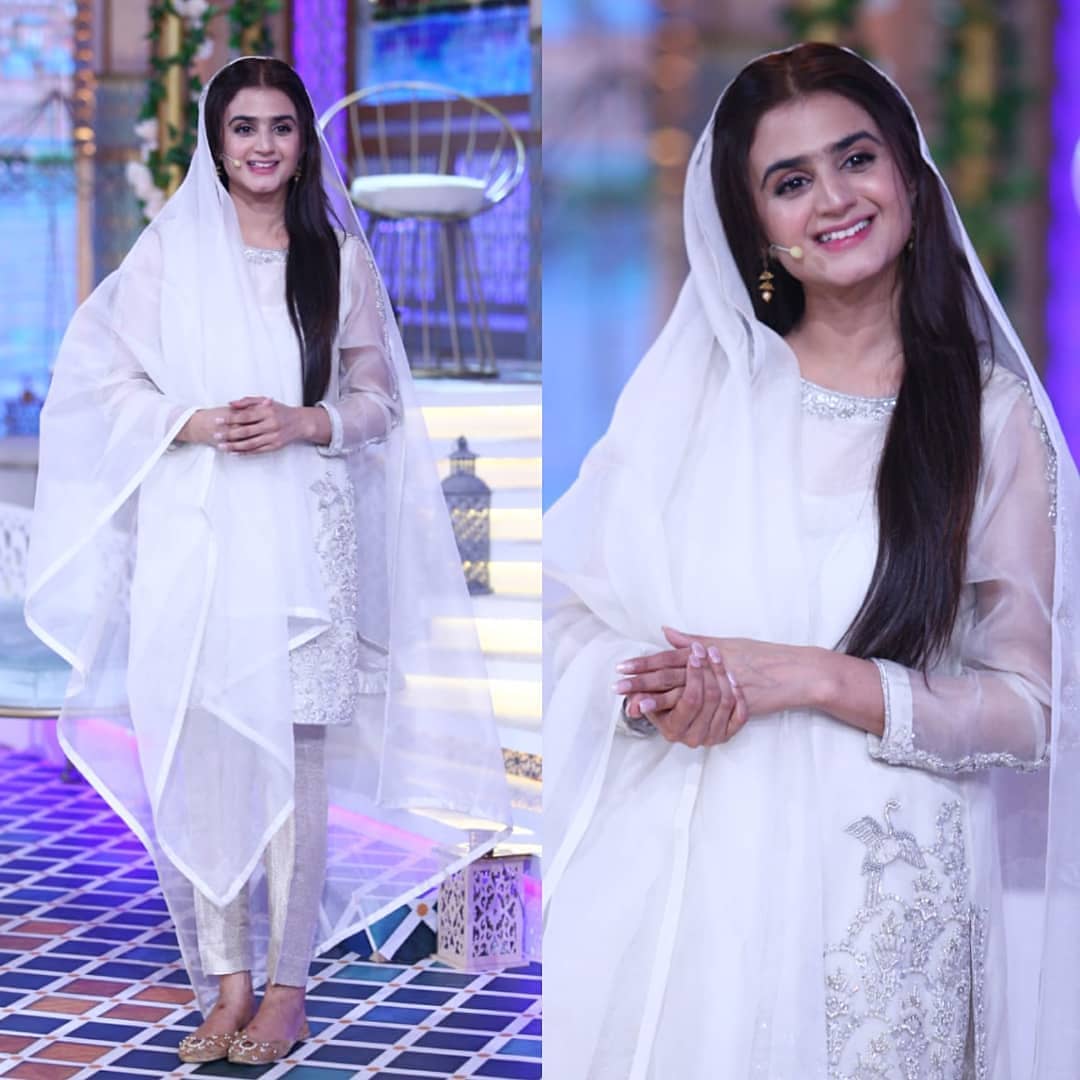 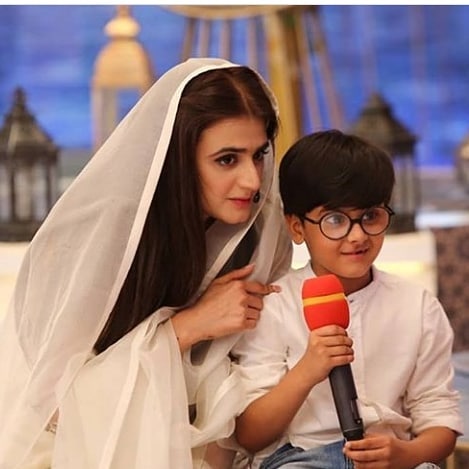 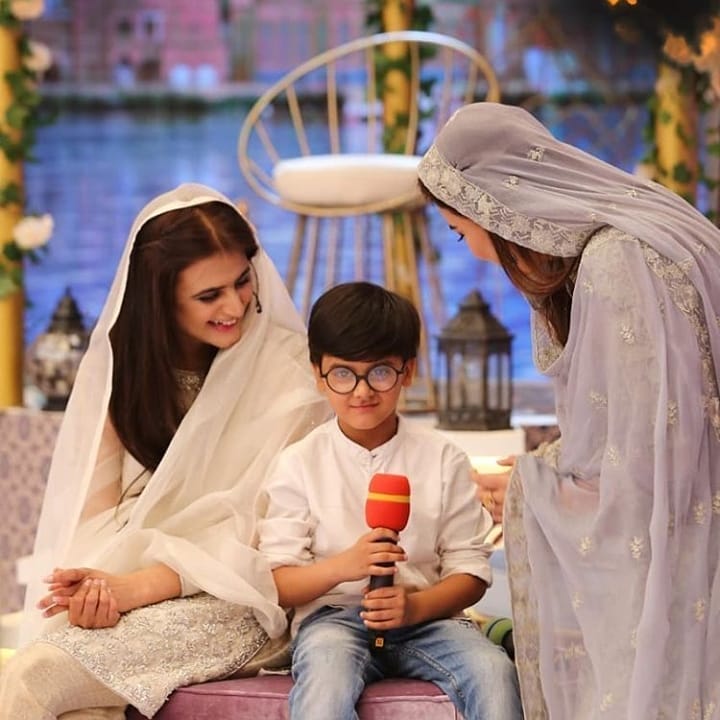 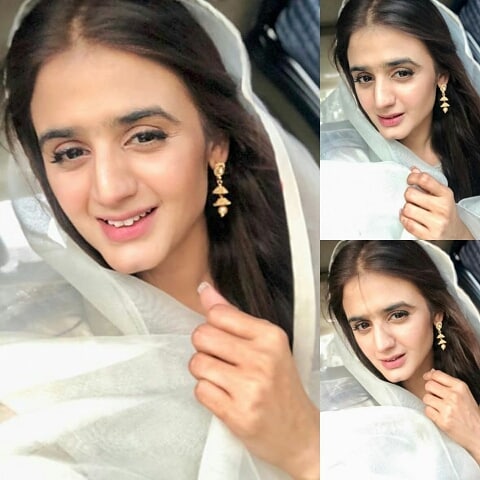 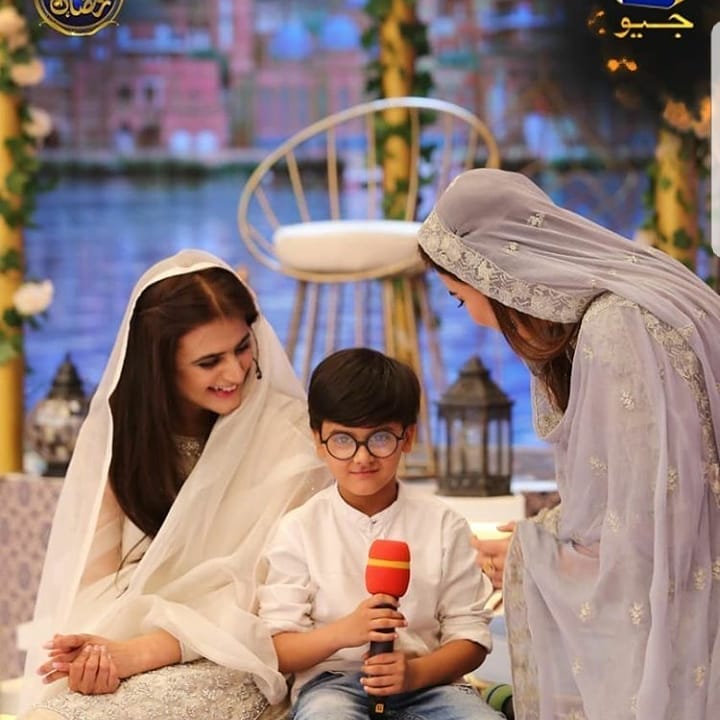 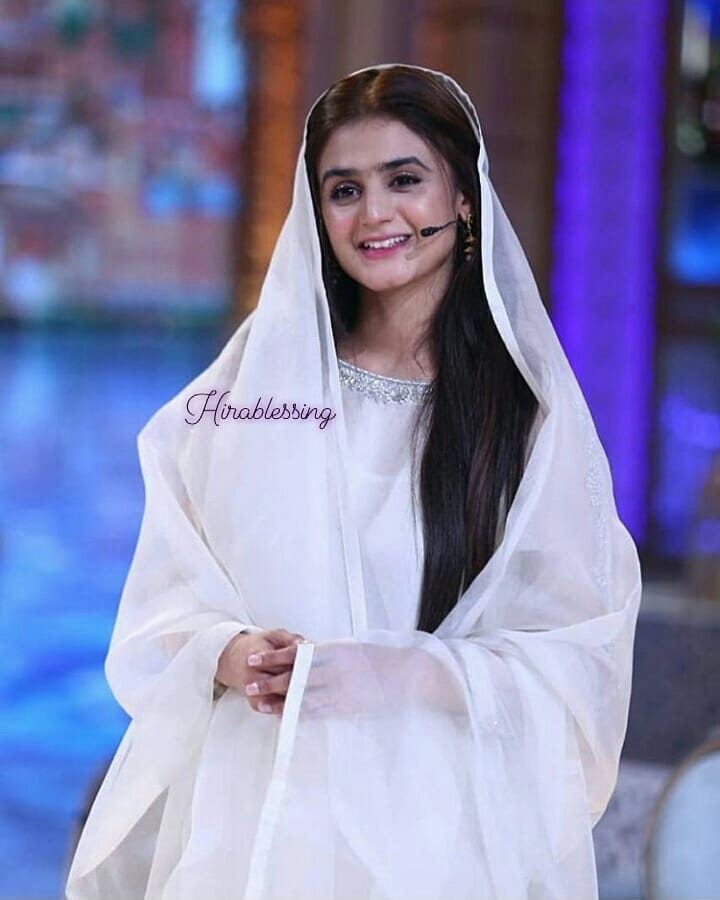 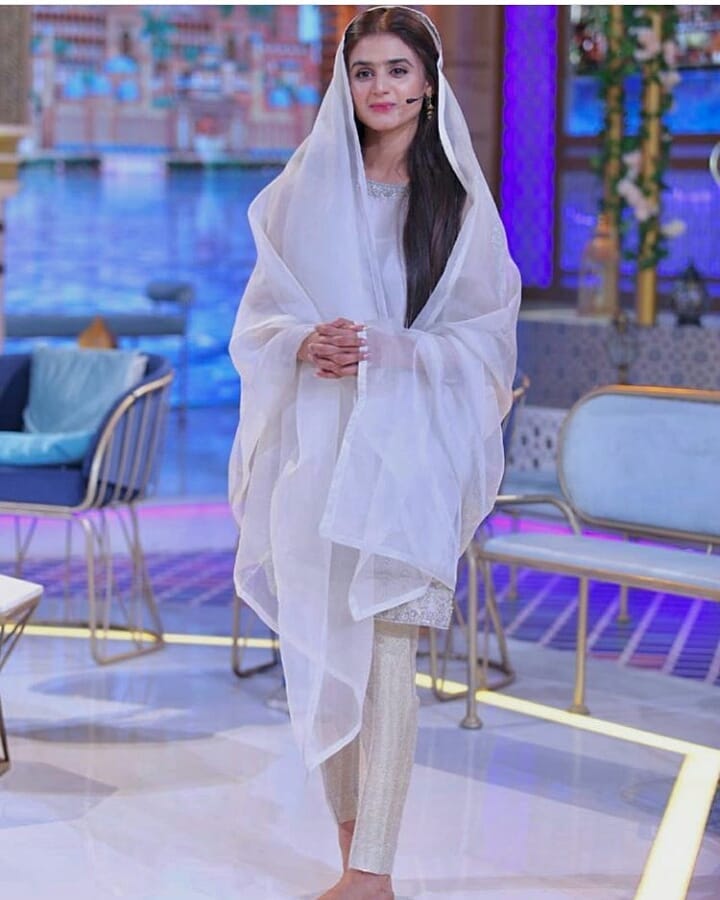 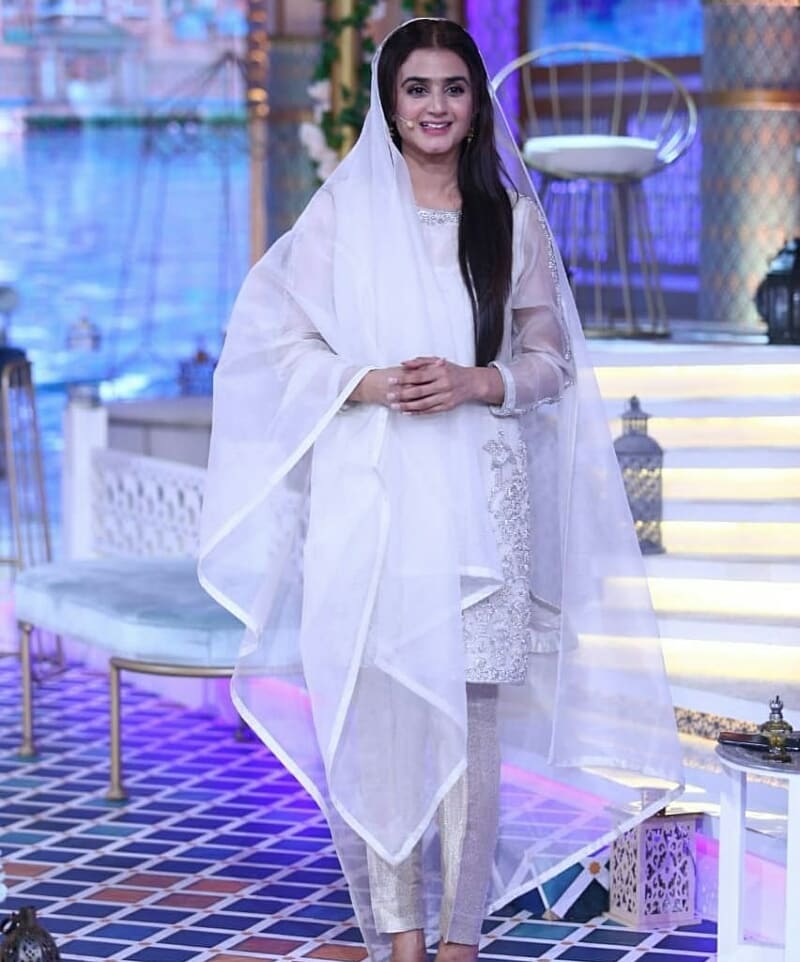 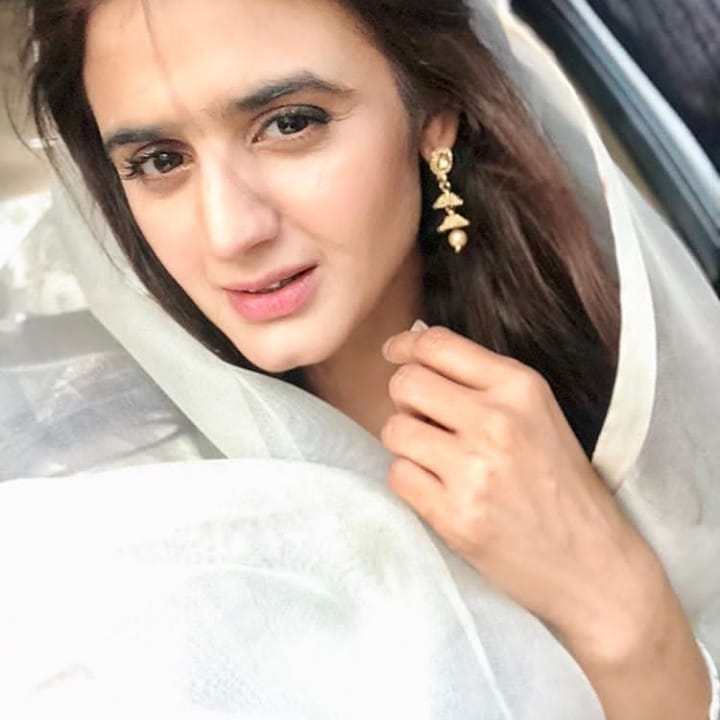 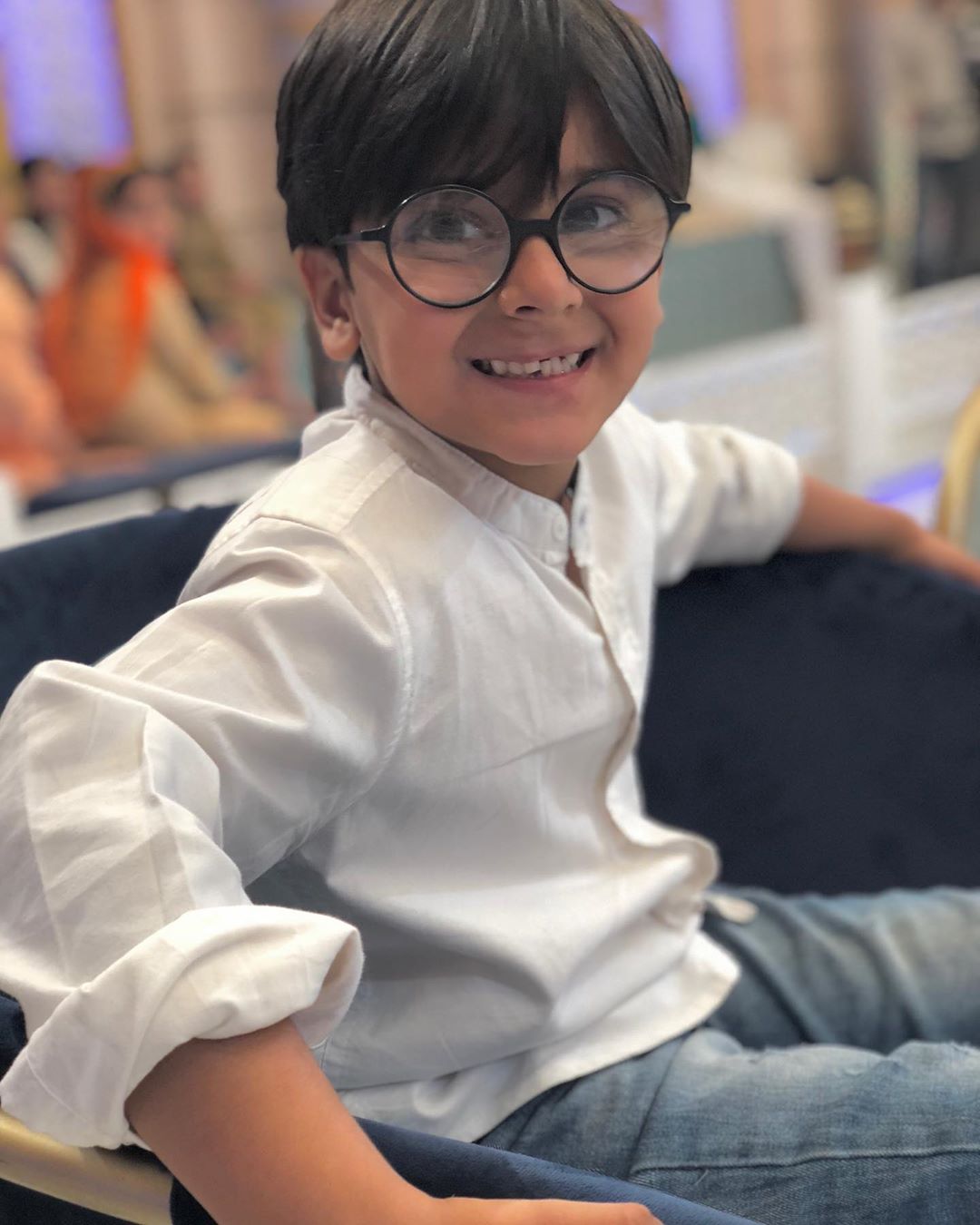 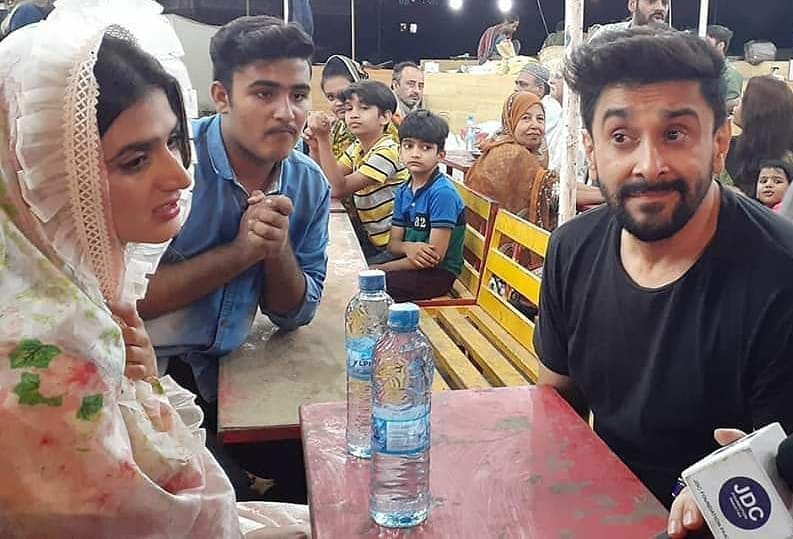 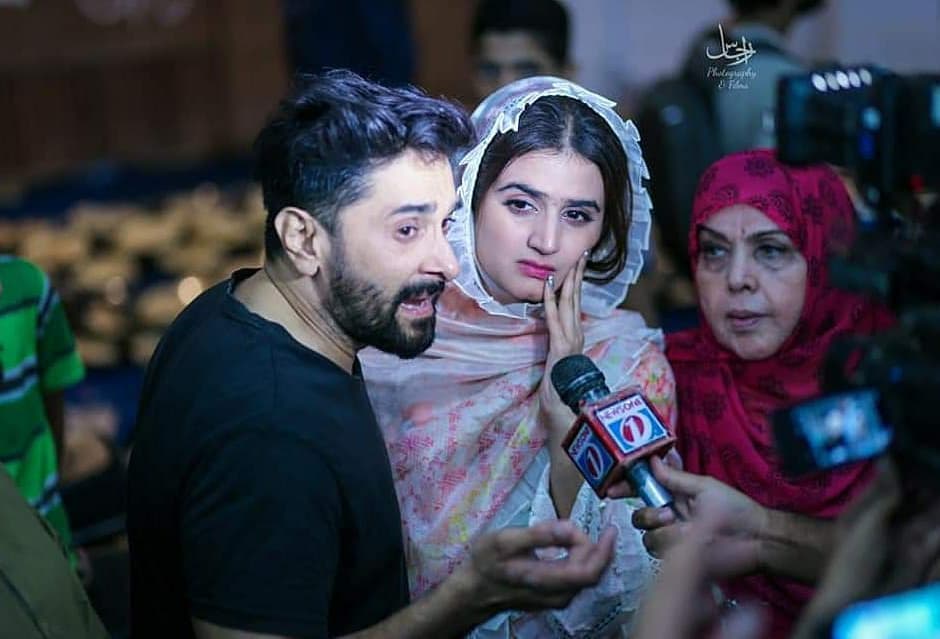 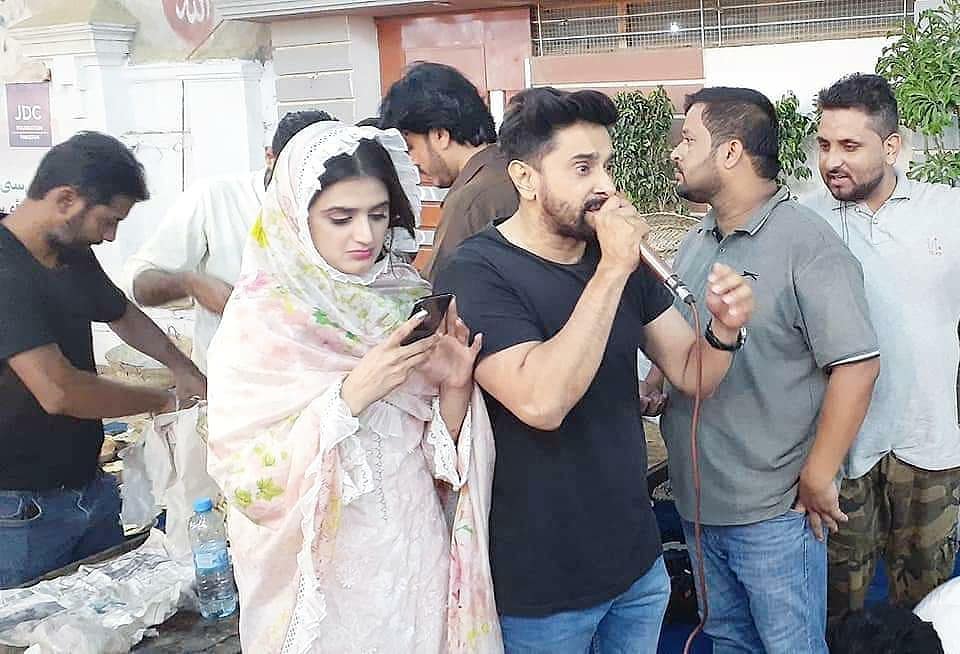 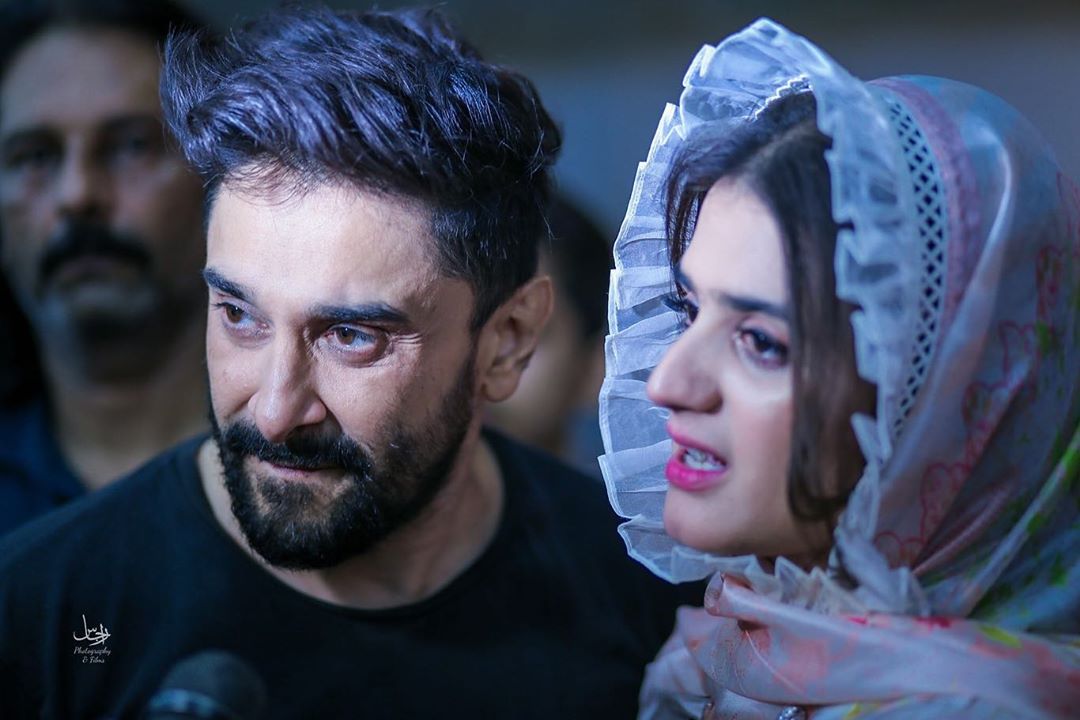 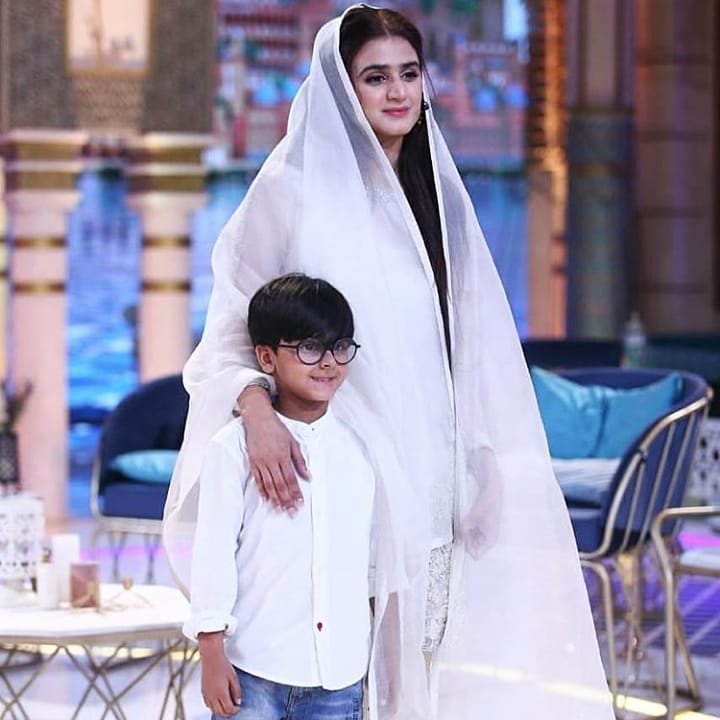