Jeeto Pakistan has hosted many stars recently with stars like Mahira Khan and crickets stars Kamran Akmal and Ahmed Shehzad making their appearances. We have also seen the stars of nearly all upcoming films gracing the set with their presence. Baaji is another film that has intrigued the audience with its teaser and it will mark the comeback of Meera Jee.

The stars of Baaji Meera Jee and Amna Ilyas were the latest to come on the show and the ladies shined in their eastern styles. Meera Jee was wearing a beautiful pink ensemble while Amna was spotted in a green outfit. Here take a look at some pictures from their appearance on the show: 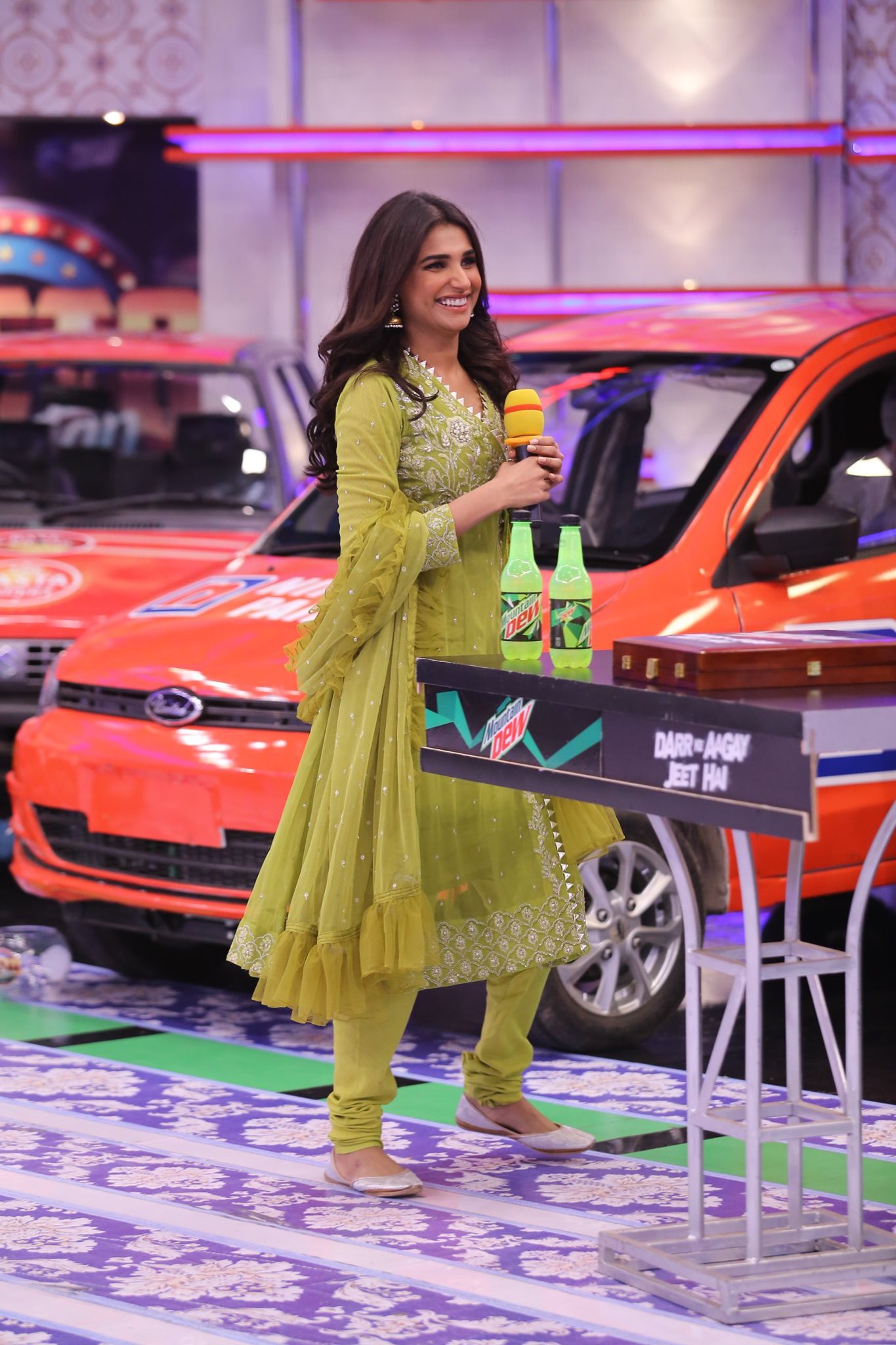 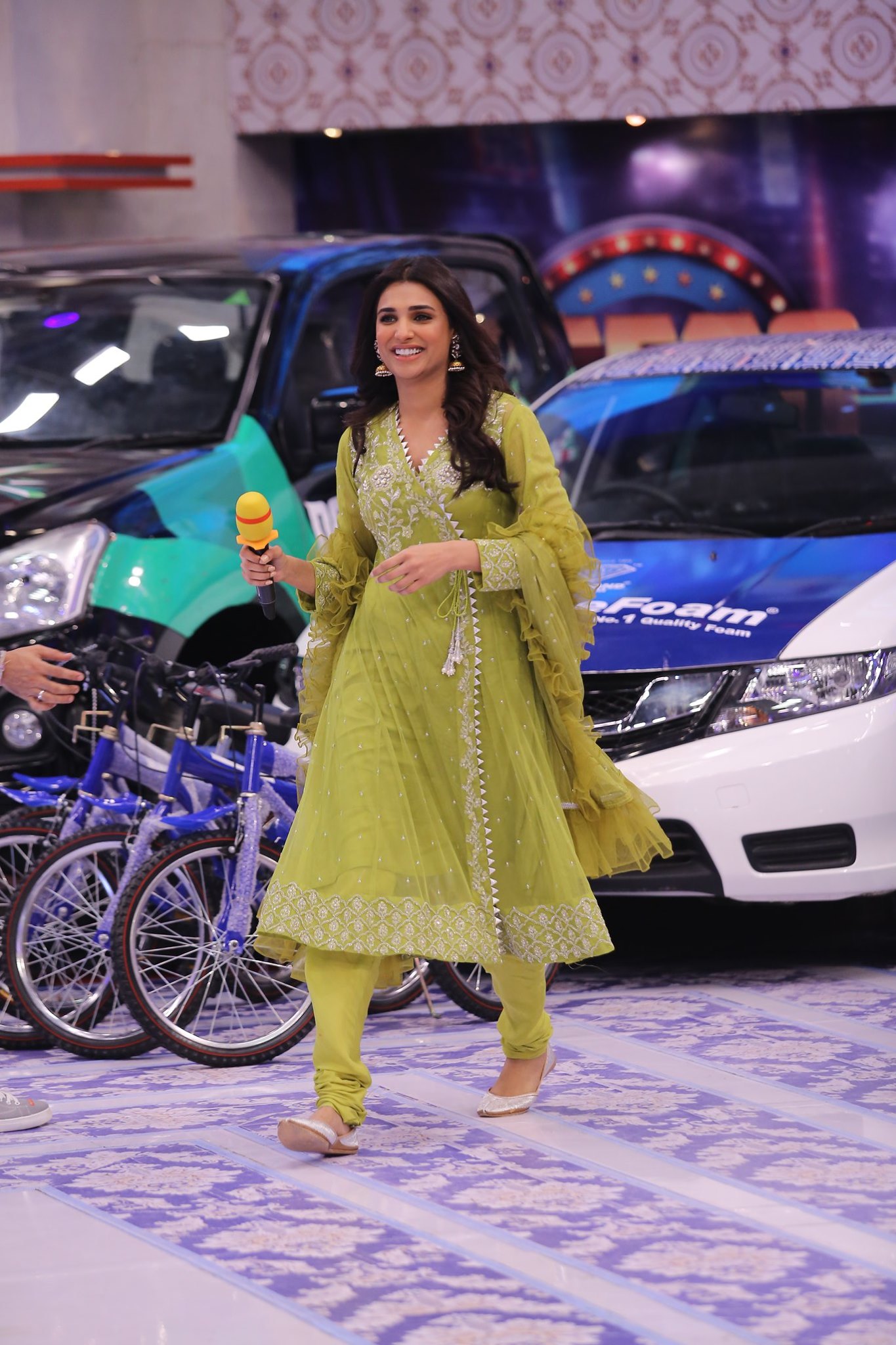 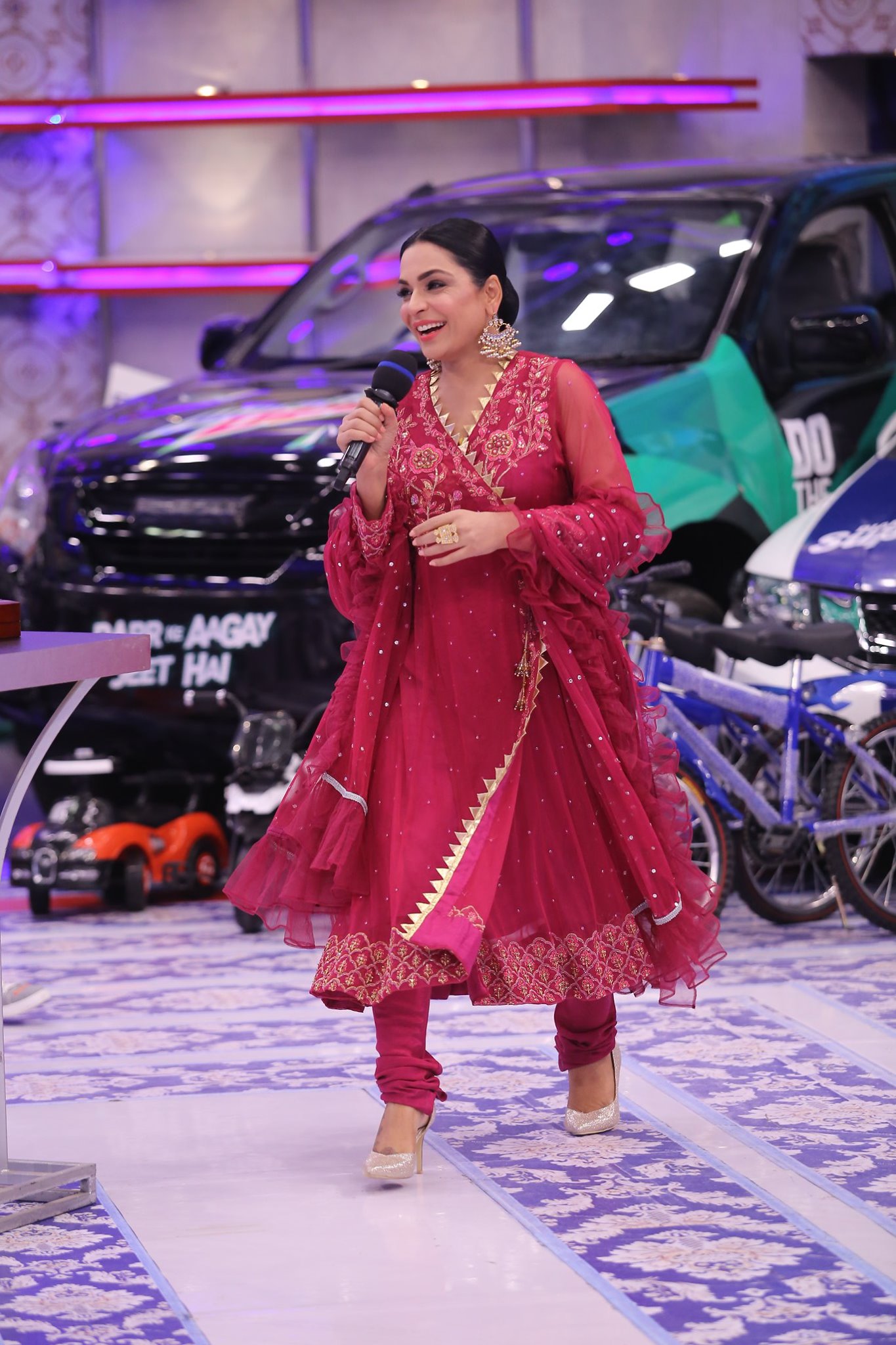 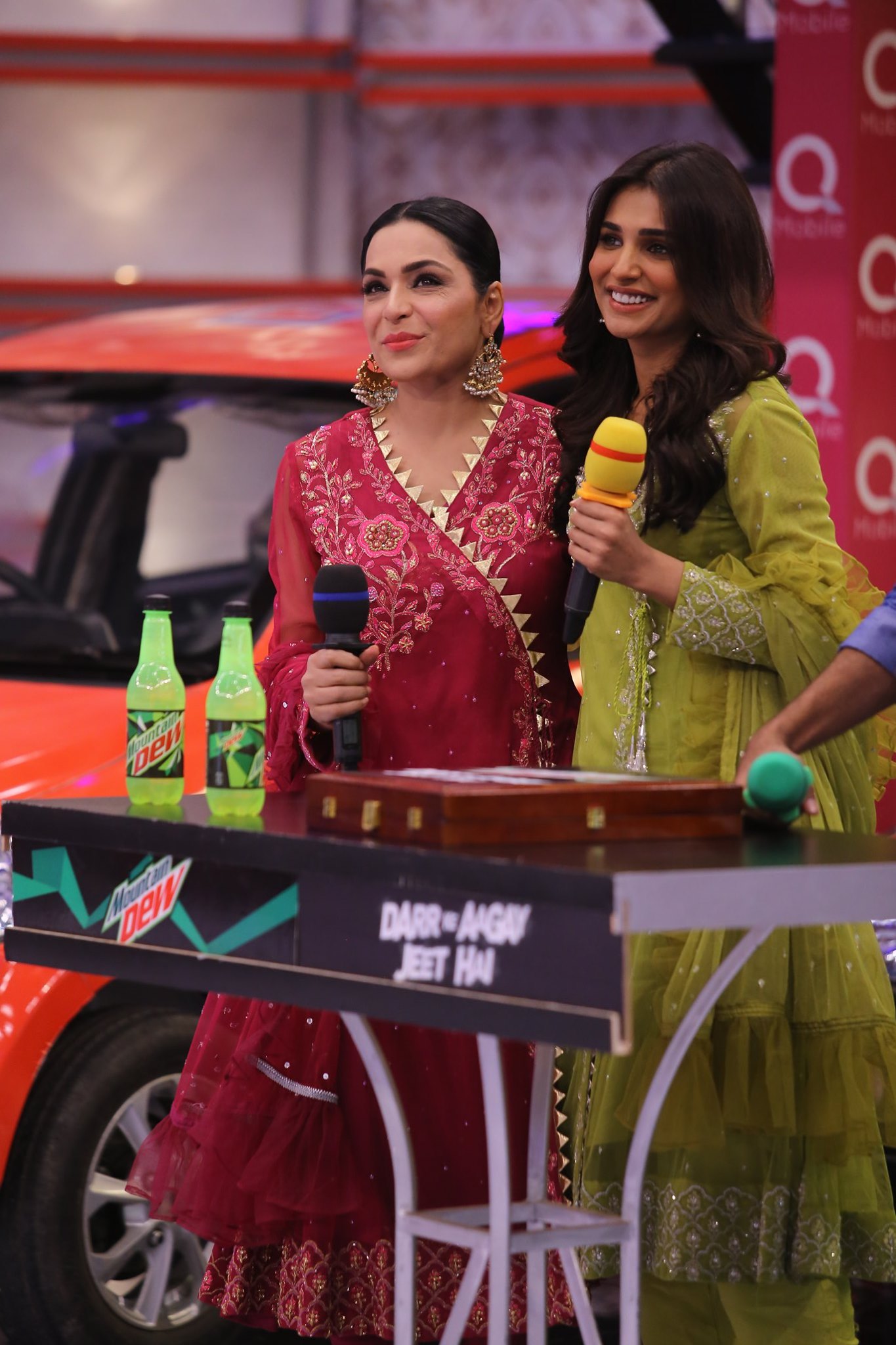 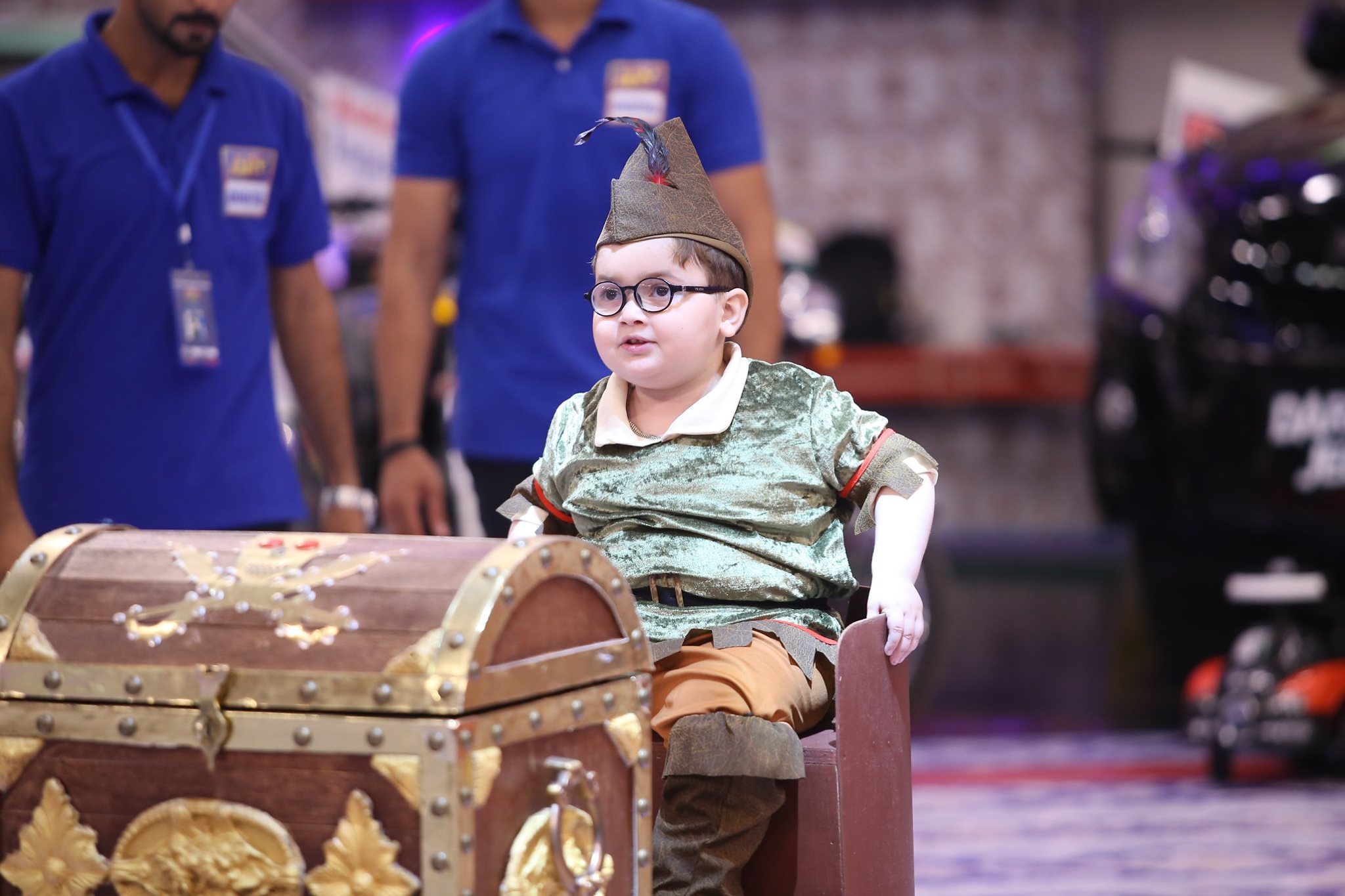 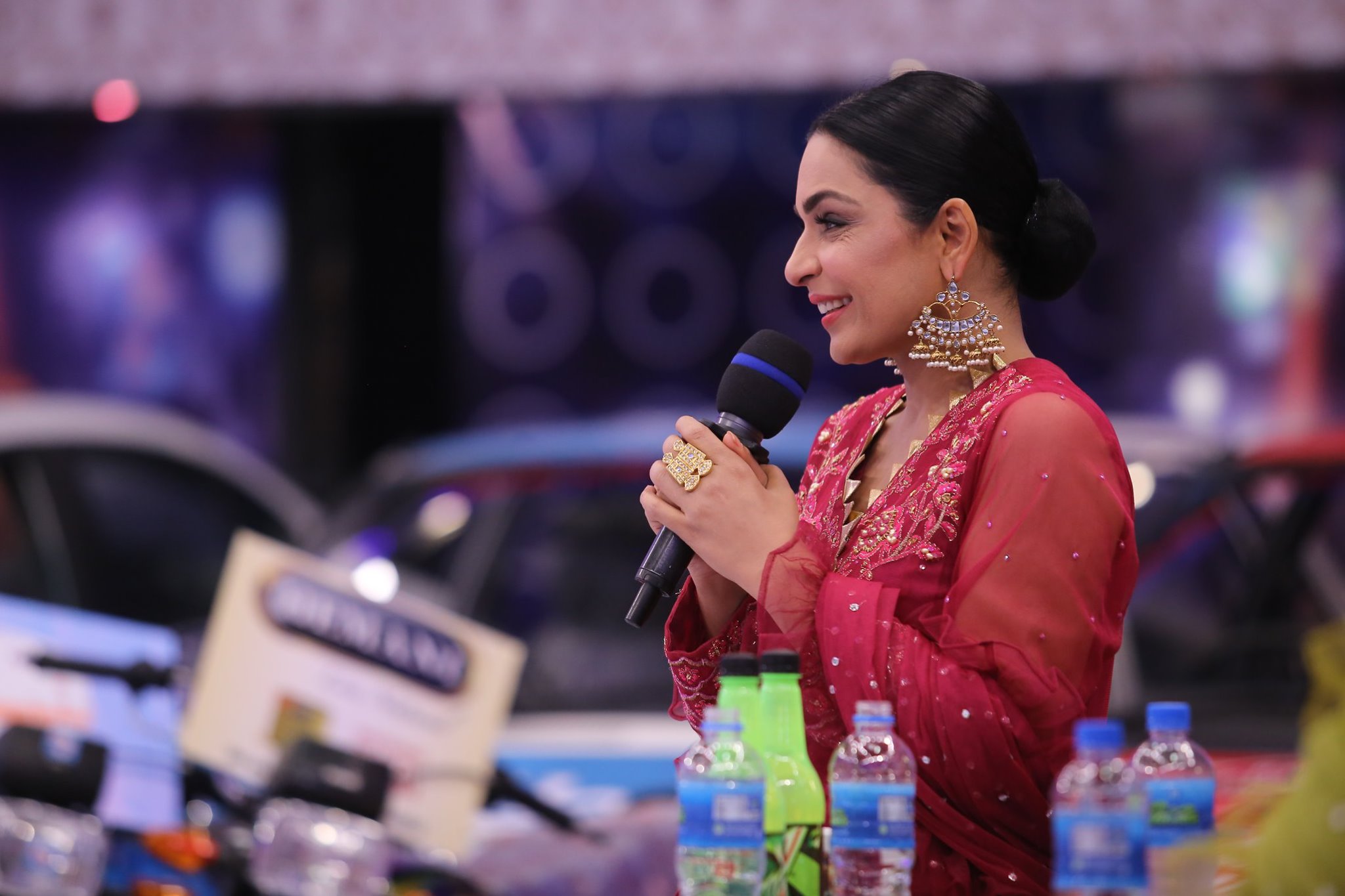 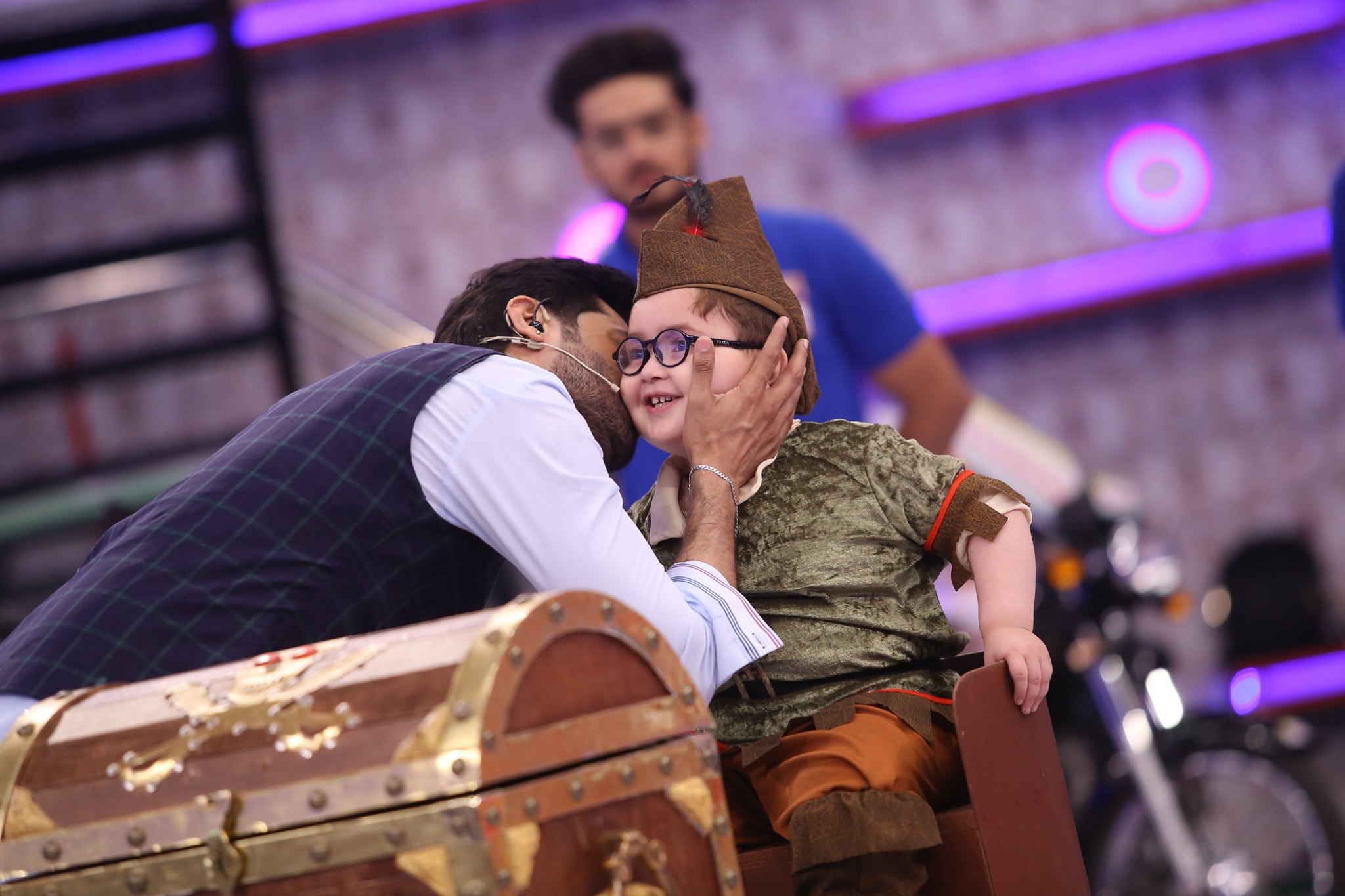 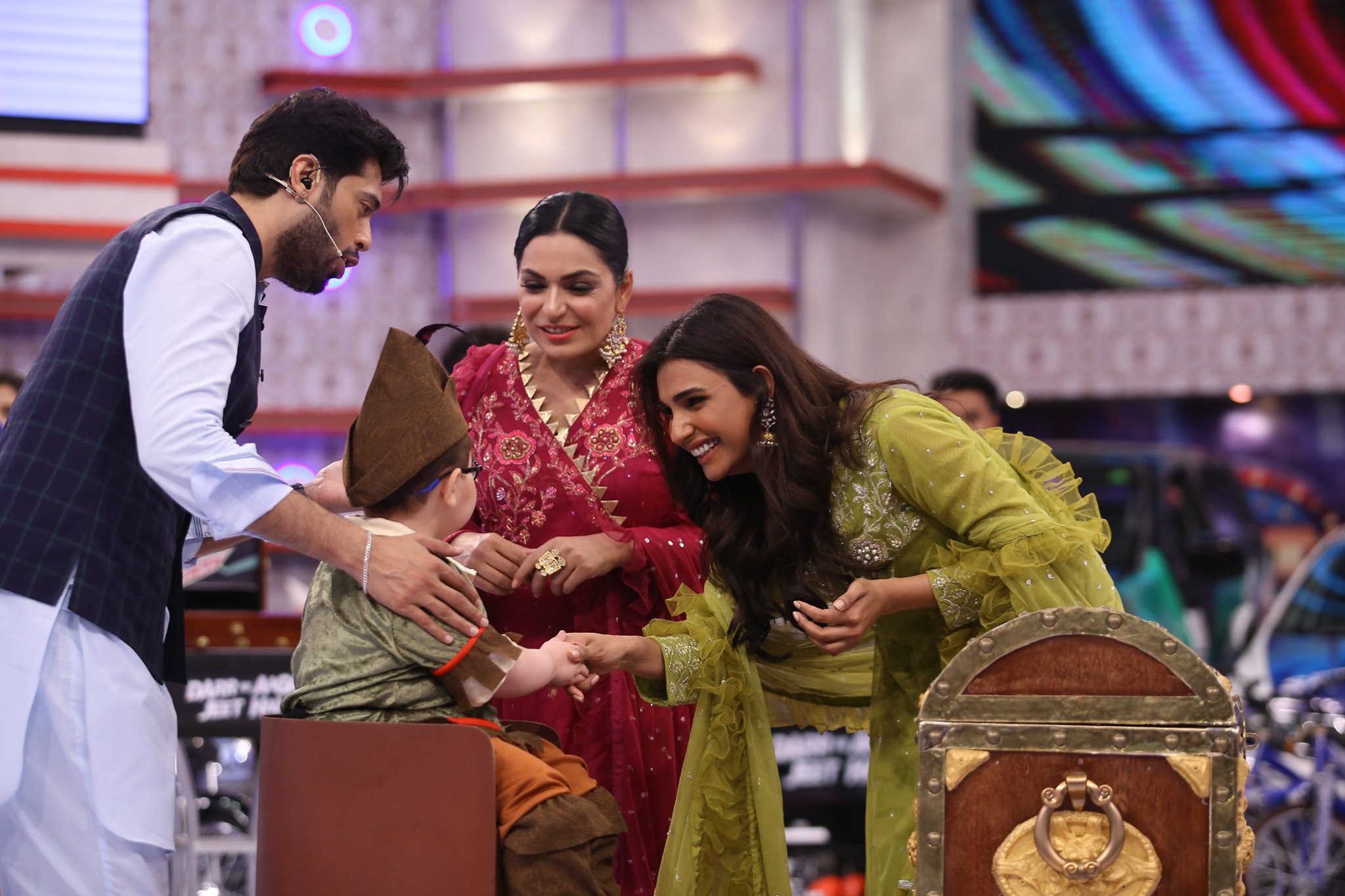 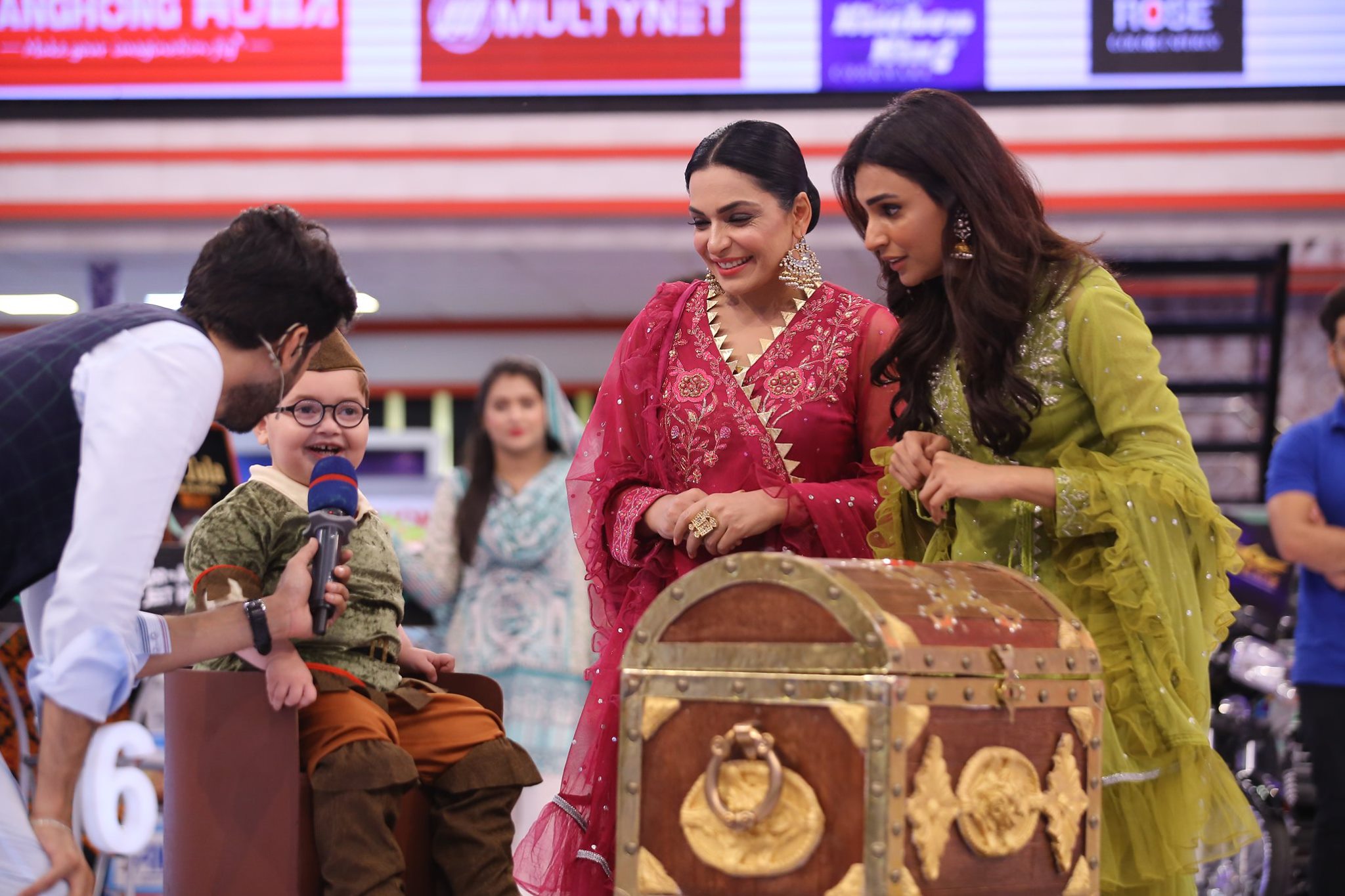