Saniya Shamshad is a young beautiful actress and model. She is a talented Pakistani actress who can play versatile roles for different channels. Saniya got massive respect from the public for her strong performance on screen.

Other than acting, Saniya is a pretty good model. She has done many modeling projects and appeared on TV commercials for famous brands. She walks on the ramp for many renowned designers as a showstopper.

Saniya got married to the man of his dreams. Hadiyath and Saniya make a beautiful couple. She continued her career even after marriage. Saniya did many modeling projects recently and all were traditional looks. The way she poses for the camera wins the hearts of her fans. Recently, she wore a beautiful red formal frock best for weddings with all traditional jewelry and soft makeup. She even wor black frock with light tilla embroidery with traditional jhumkay and mathpati.

Saniya never miss a chance to amaze her fans. Here are some beautiful clicks of Saniya Shamshad. Have a look! 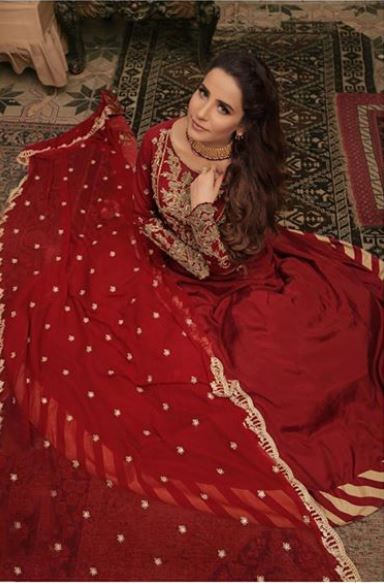 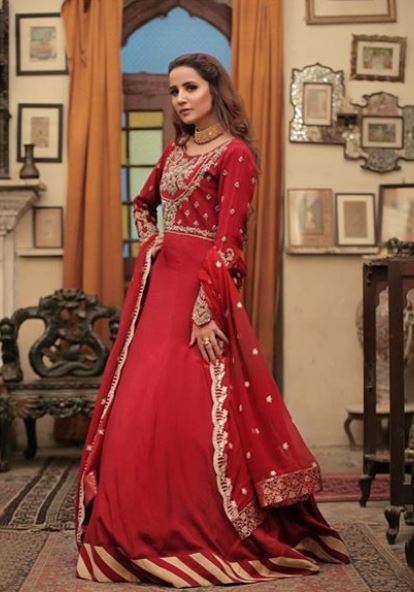 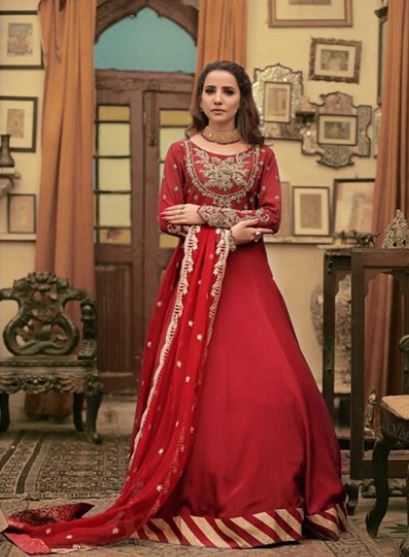 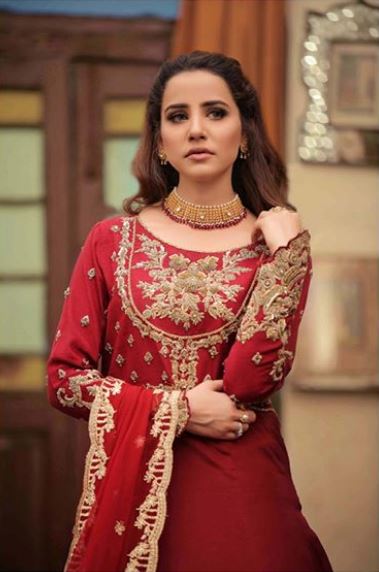 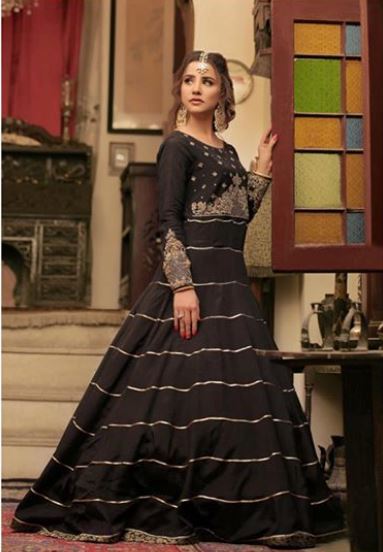 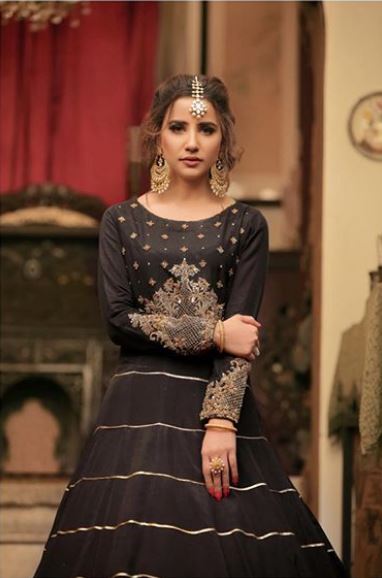 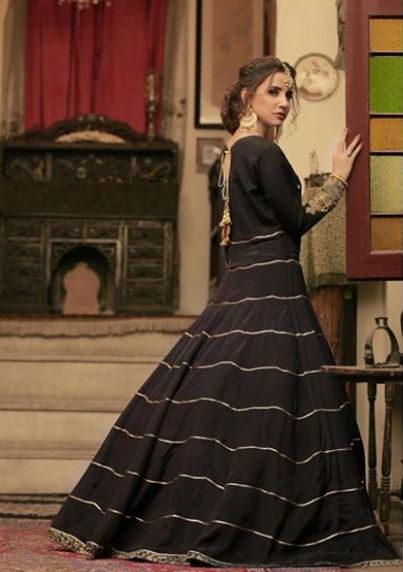