Srha Asghar is a brilliant actor who is popularly known for her dramas Pyar Ke Sadqay, Aakhir Kab Tak and Bebaak. Now a days, her drama Bebak is getting popular among the audience. In the drama she’s coming alongside Ali Ansari. 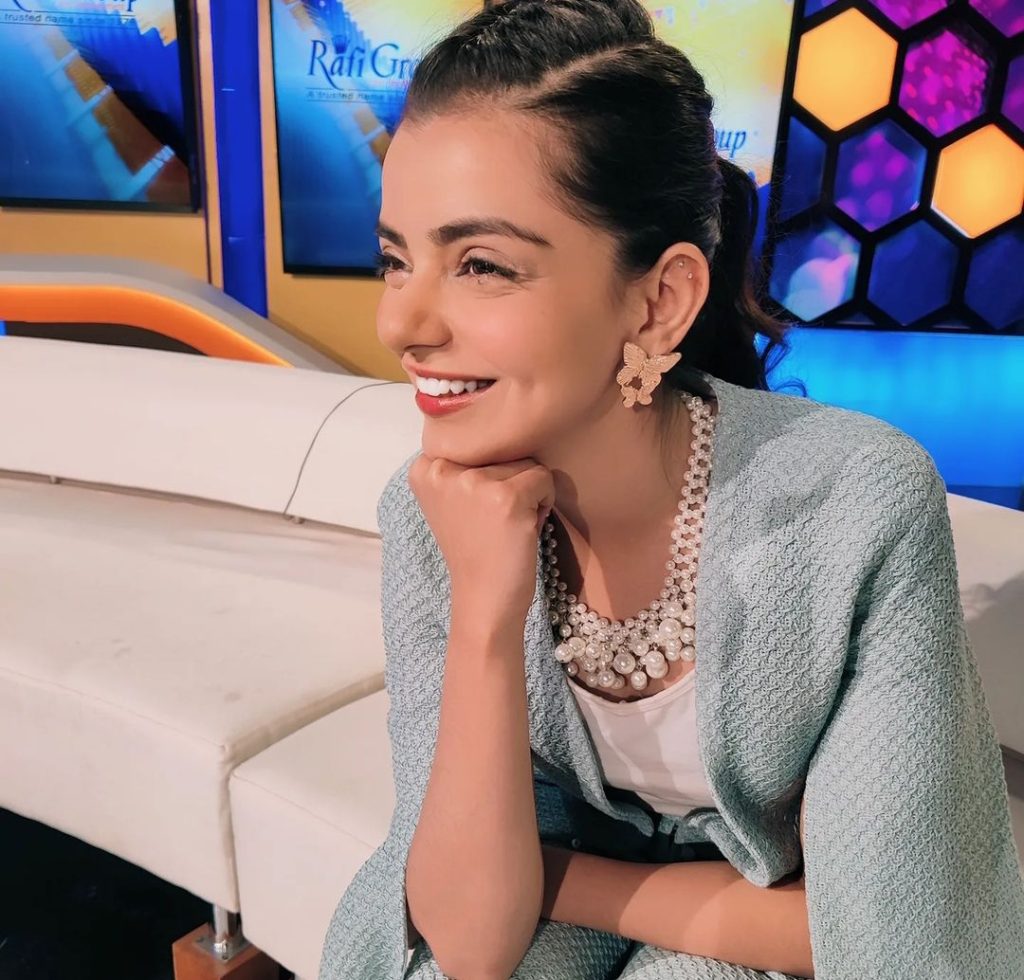 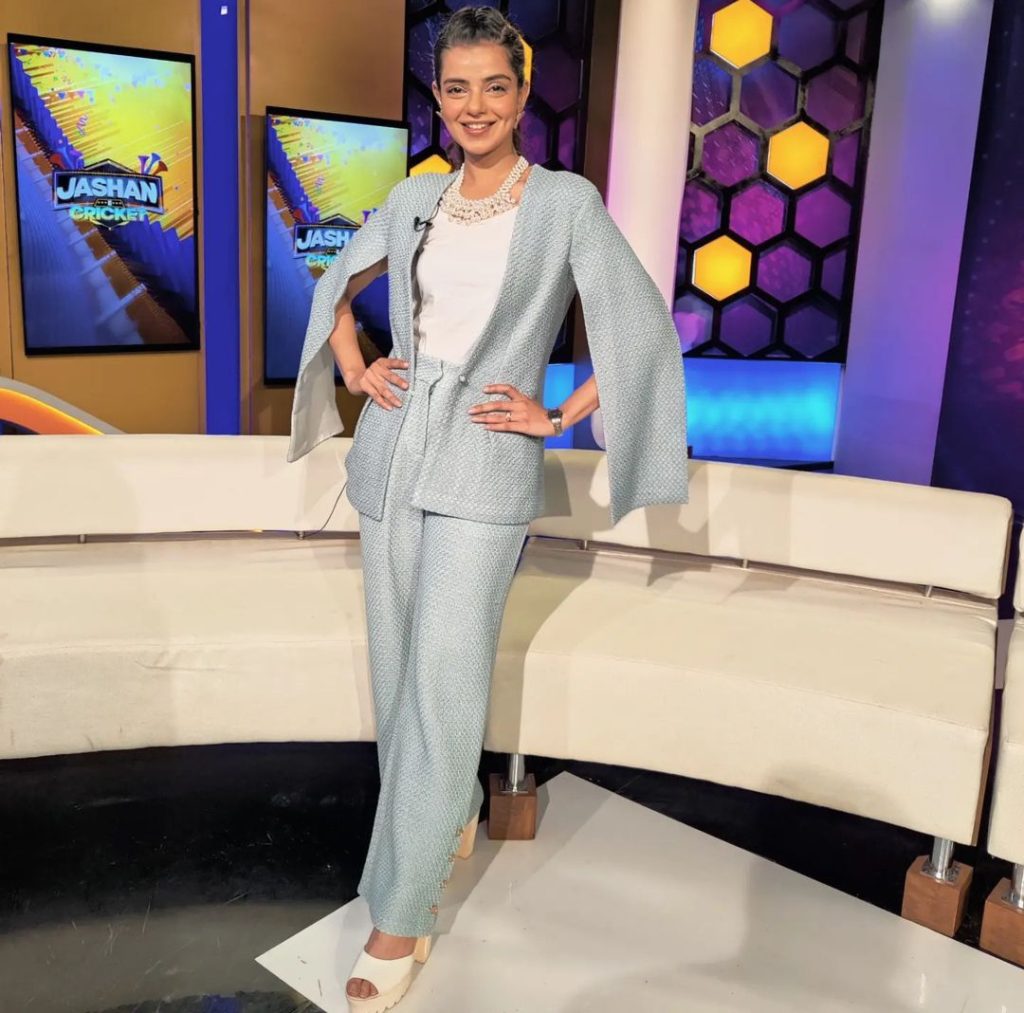 Recently, she came in Geo’s show Jashn E Cricket where she talked about Yashma Gill. Talking about Yashma acing the negative characters, she agreed to the point that Yashma can perfectly do any kind of negative character, she said, ‘it is true because her face has the perfect negative expressions’. To her reply, anchor said that according to Srha, Yashma Gill has a negative face, which was refuted by the actor. Srha also said that she personally enjoys negative roles more than positive ones. 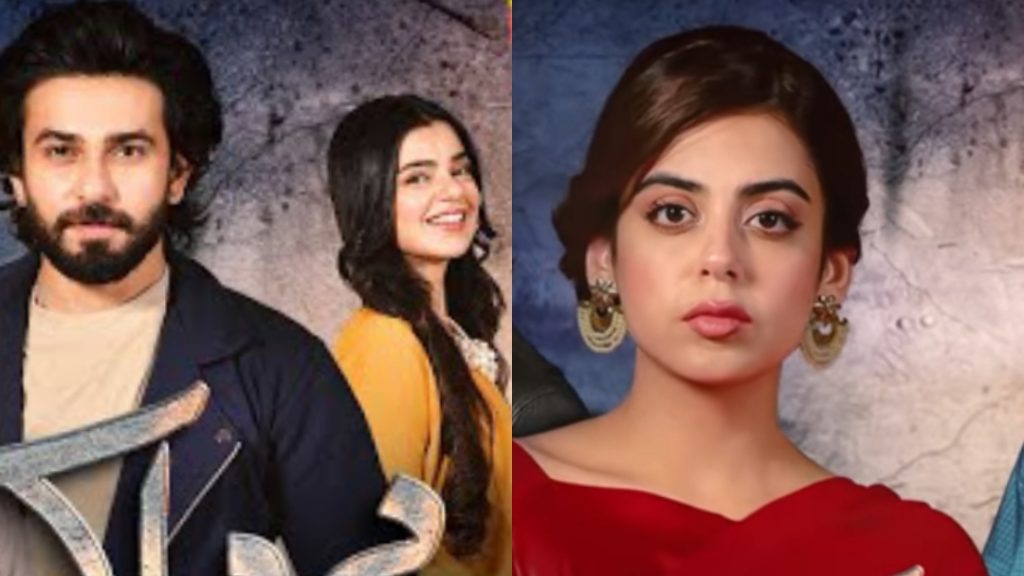 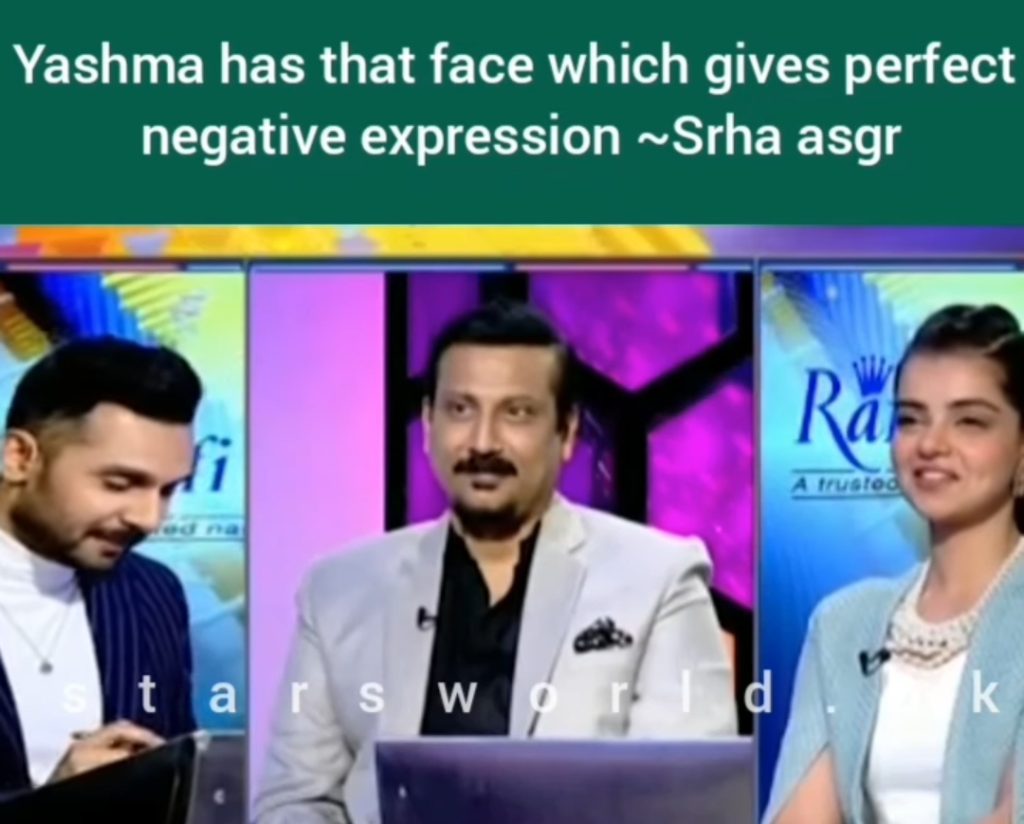 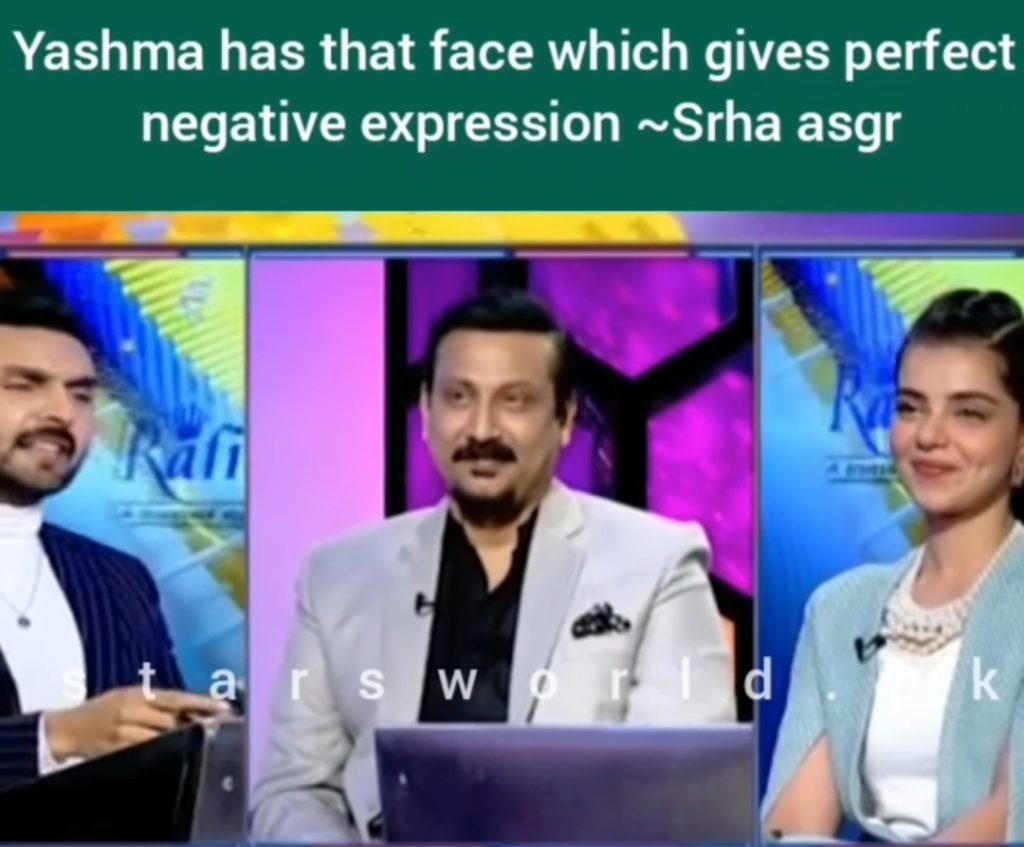 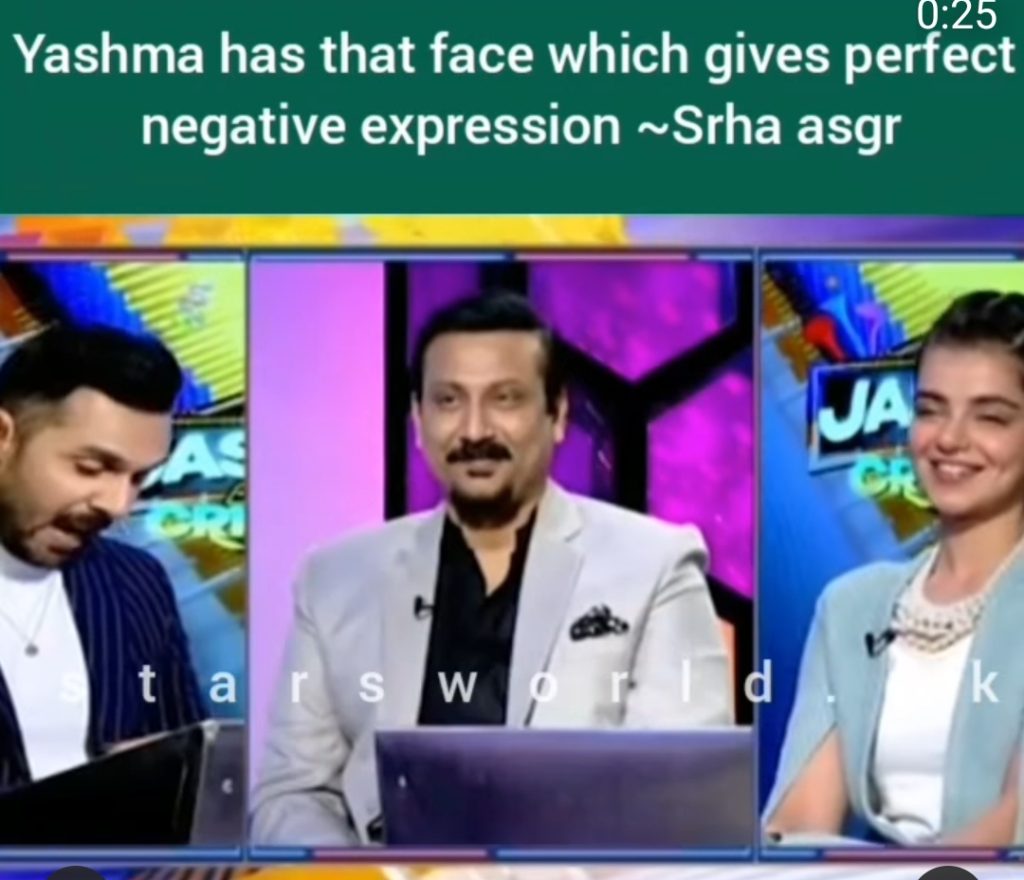 It is to be remembered that in drama Bebak, Yashma Gill is her co-star and she’s essaying extremely negative character.