Bilal Ashraf and Maya Ali’s upcoming drama Yunhi is all set to be aired on Hum TV and the the upcoming onscreen couple is actively promoting the drama serial. Well, the gorgeous actors appeared in Haute Talk with Hassan Choudary where they revealed interesting details about Yunhi. 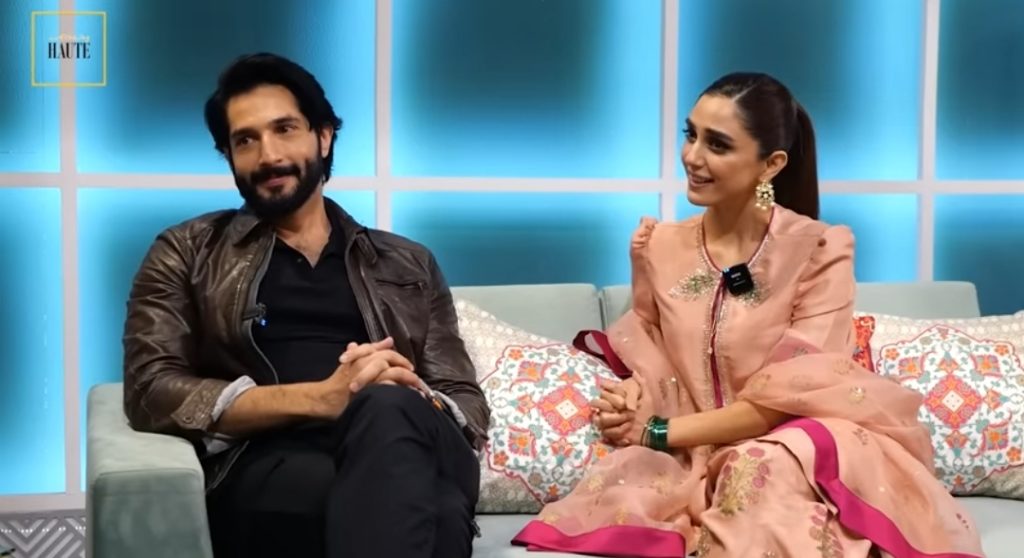 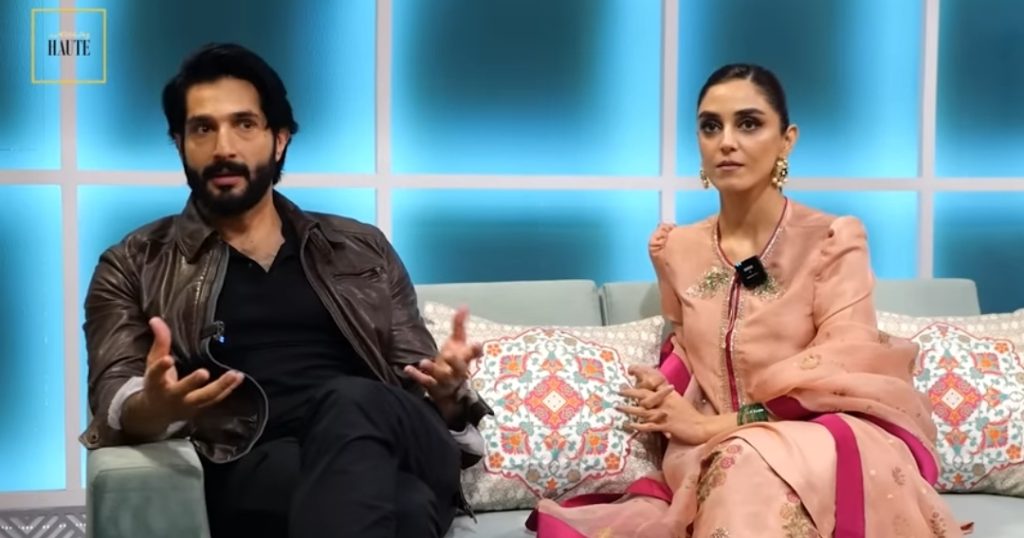 The gorgeous and talented Maya Ali revealed why she chose Yunhi, Maya said, “I got the whole package of the drama that Bilal Ashraf will be in the drama and it Will be directed by Ehtishaam Ul Din, also, I have a problem, I can’t accept or refuse without reading the script because if I am refusing I must have a reason, after reading the script I told Bilal that he must do this because it’s a perfect debut drama material but after reading further I was sure that I am also doing it, how could I ignore it, it’s Sarwat Nazeer’s script”. Bilal Ashraf further said that the drama is shot on film camera and the drama had the best DOPs and that’s why the frames are so beautiful. Here is the link:

Bilal Ashraf didn’t talk much about his character, but he informed that he is playing Dawood and Maya is playing Kaniz Fatima.

Bilal Ashraf said that he selected the drama because it had a simple and beautiful story. Maya Ali said that Bilal is not giving much information about the drama because he believes that we should not feed anything in audience’s mind that it is amazing, let them decide. Bilal Ashraf also said, “Momina Duraid offered me Yunhi and I accepted the offer”, he didn’t reveal much about the drama. Have a look at the video:

Maya and Bilal also shared interesting story about reading script on a video call together. Maya Ali said, “I read twenty episodes and got my remaining five episodes before the shooting. She also revealed that she read the script with Bilal Ashraf on a video call because Bilal could not read Urdu but it was a difficult process because Bilal Ashraf found Urdu script difficult to read. She also pointed out Bilal’s mistakes in fun. Have a look at the video:

Talking about the USP of the project, Bilal and Maya said, “we found the messages of the script different and relatable, in our society boys are always given complete liberty and the girls are always dealt with strictness, and it is against this narrative. The drama has good messages. The issues women face are handled in a very subtle manner. Have a look at the video: