Bilal Saeed is a leading Pakistani singer, he has made a strong position among the top Pakistani singers in such a short time span. He has also worked with singers across the border and recognized globally. Recently a video of Bilal Saeed assaulting a couple went viral on social media and netizens were furious.

After the video has taken the internet by storm, Bilal Saeed came up with his side of the story and posted a video on Facebook and Twitter with the caption ” I know how to respect a woman and I know how to protect a woman too! I raised my hand to protect my family. This is what they did to me while I was away from my house! And that’s not about it I have been the victim of their blackmailing and unfair behavior for a very long time! I stayed quiet because obviously as an artist my priority is my career but these people have been taking advantage of my situation for a very long time!”.

Bilal Saeed has come forward with his side of the story after a video of him in a physical altercation went viral. What do you think? #BilalSaeed @Bilalsaeedmusic pic.twitter.com/pMHLuYTQEk 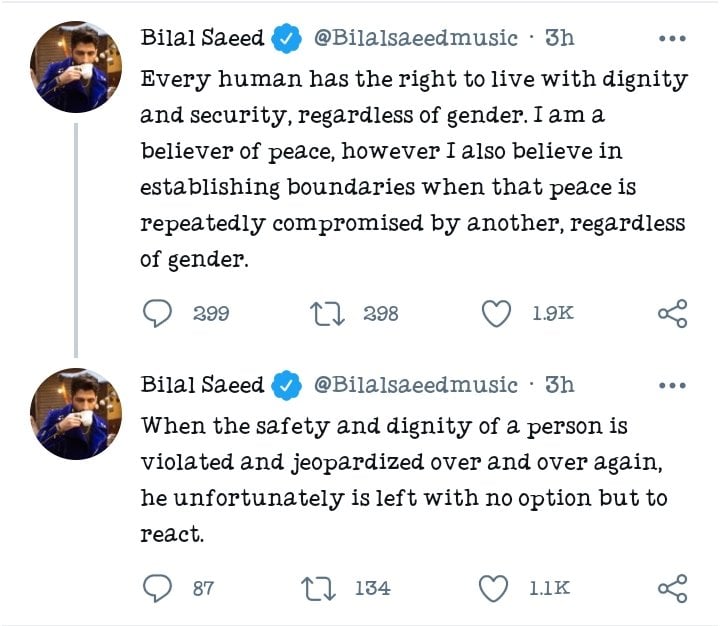