Alif is a drama based on the novel written by Umera Ahmed. It is currently on air and has earned a massive viewership. The story of the drama is different and the kind which is rarely seen in Pakistani dramas. The intelligent way of story-telling and execution has also contributed a lot in the success of this drama. The way Alif has been dramatized shows the attention to detail in every single aspect of the drama.

The characters play the pivotal role in making or breaking the drama. The characters are basically the face of the drama and they are conceived by the writers to portray the story the way they want to. This is the reason why characters leave an impact and the viewers form a connection with them. In every single drama, the writers succeed in coming up with certain characters that become unforgettable and stay with the viewers for a long time.

The story of Alif includes a lot such characters that have left an impression on the viewers. The way the actors have portrayed these characters goes to show how serious they were about their respective roles and wanted to give their best. The very first thing that the viewers notice about any character is the kind of treatment it has been given by both, the director as well as the actors. The actors also play a huge part in the creative process of the character where they come up with the looks, the choice of wardrobe, their overall styling and makeup. In drama serial Alif, there are a lot of characters but what’s commendable is that every single character fits the role perfectly. They have styled their characters impressively and left quite an impression on the audience. The overall look and styling plays an important role in allowing the viewers to connect with the characters visually first and then emotionally as the drama progresses.

Let’s take a look at the brilliantly styled characters of Alif:

Neha’s character has been played by Sadaf Kanwal and let’s just say, she has given a perfect treatment to this character. Neha is a fashion designer, a wardrobe stylist and there was no way Sadaf Kanwal had the margin to look unkempt or shabby at any given time. So far, her character has been seen in a very few scenes but in the limited screen time that she got, Neha’s character was styled perfectly. Sadaf Kanwal looked stylish as Neha, her choice of wardrobe was perfect. Her makeup was subtle but suited her. Her jewellery pieces made quite a statement and she looked like a vision in almost every single scene. Neha’s styling mostly included western clothing like pair of jeans or trousers, which she paired with different shirts. Sadaf Kanwal relied on variety of colors and they all complimented her complexion beautifully. Sadaf Kanwal also played a lot with different hairstyles and it was refreshing to see her not sticking to one certain look. 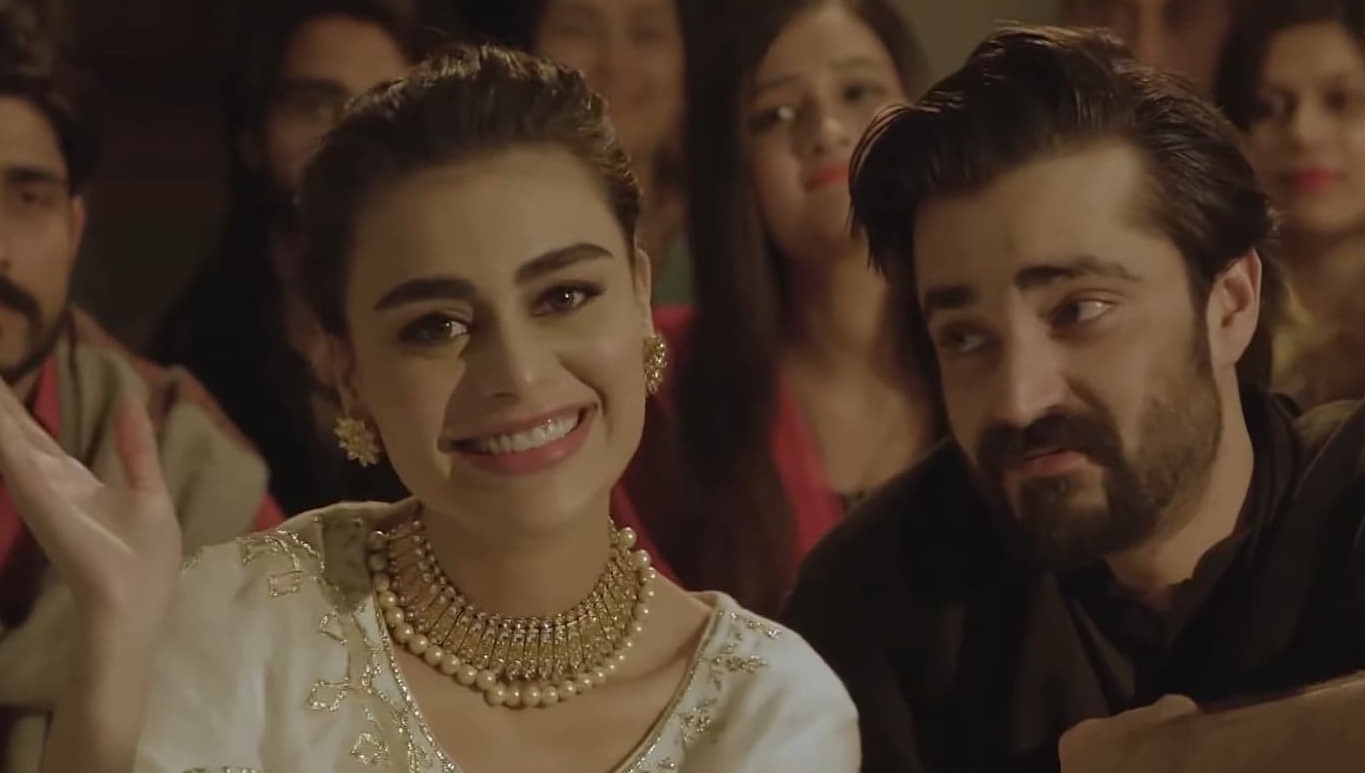 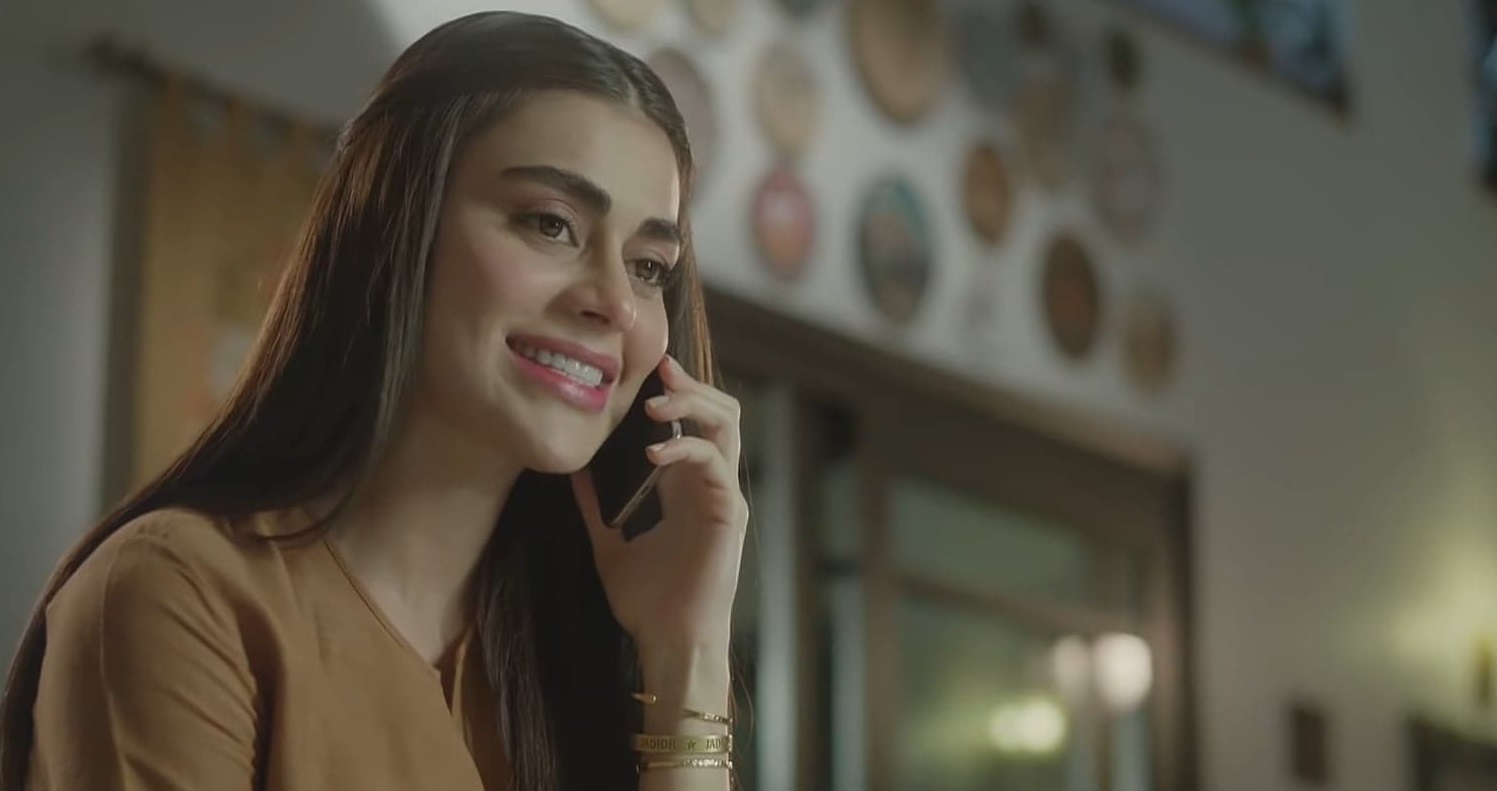 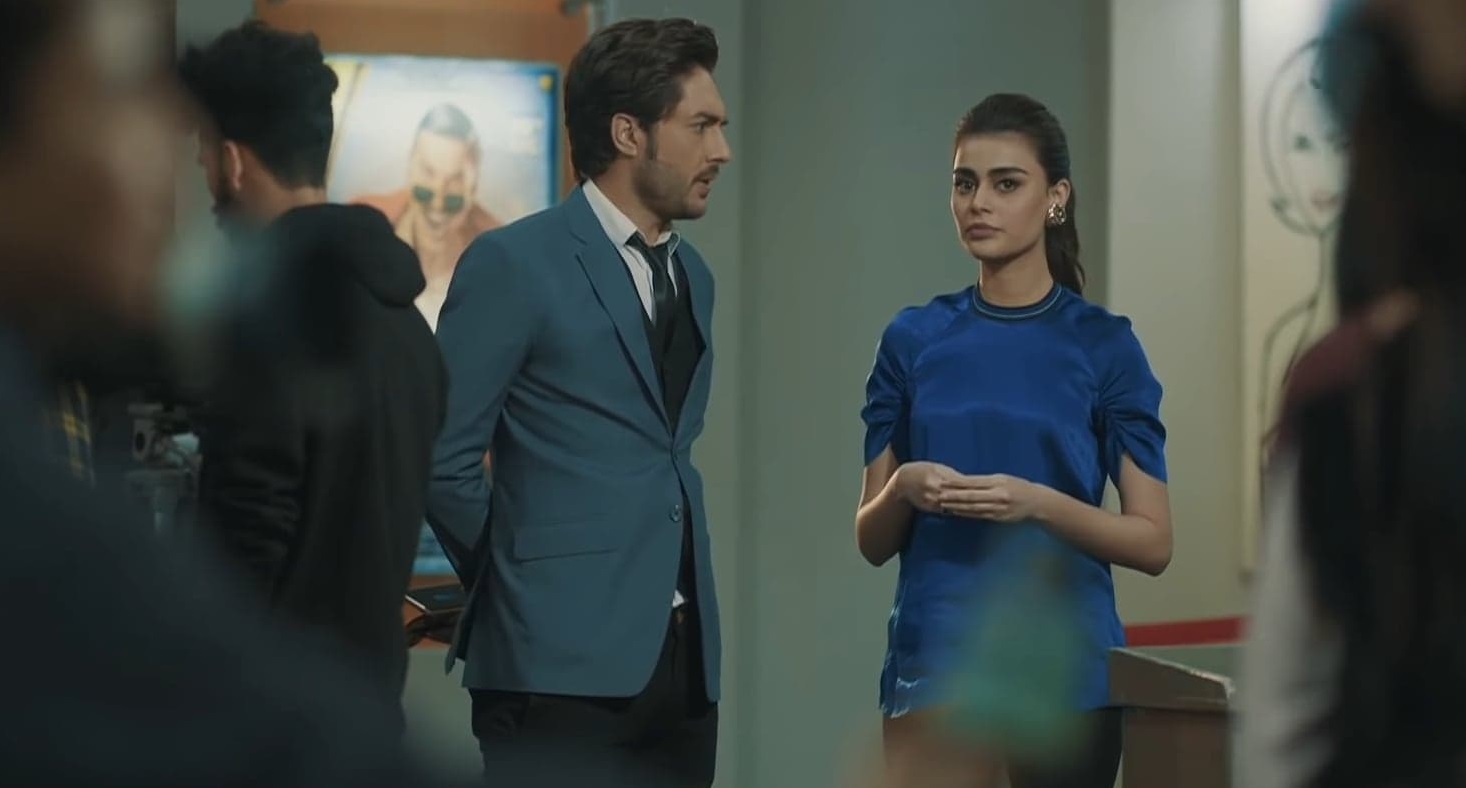 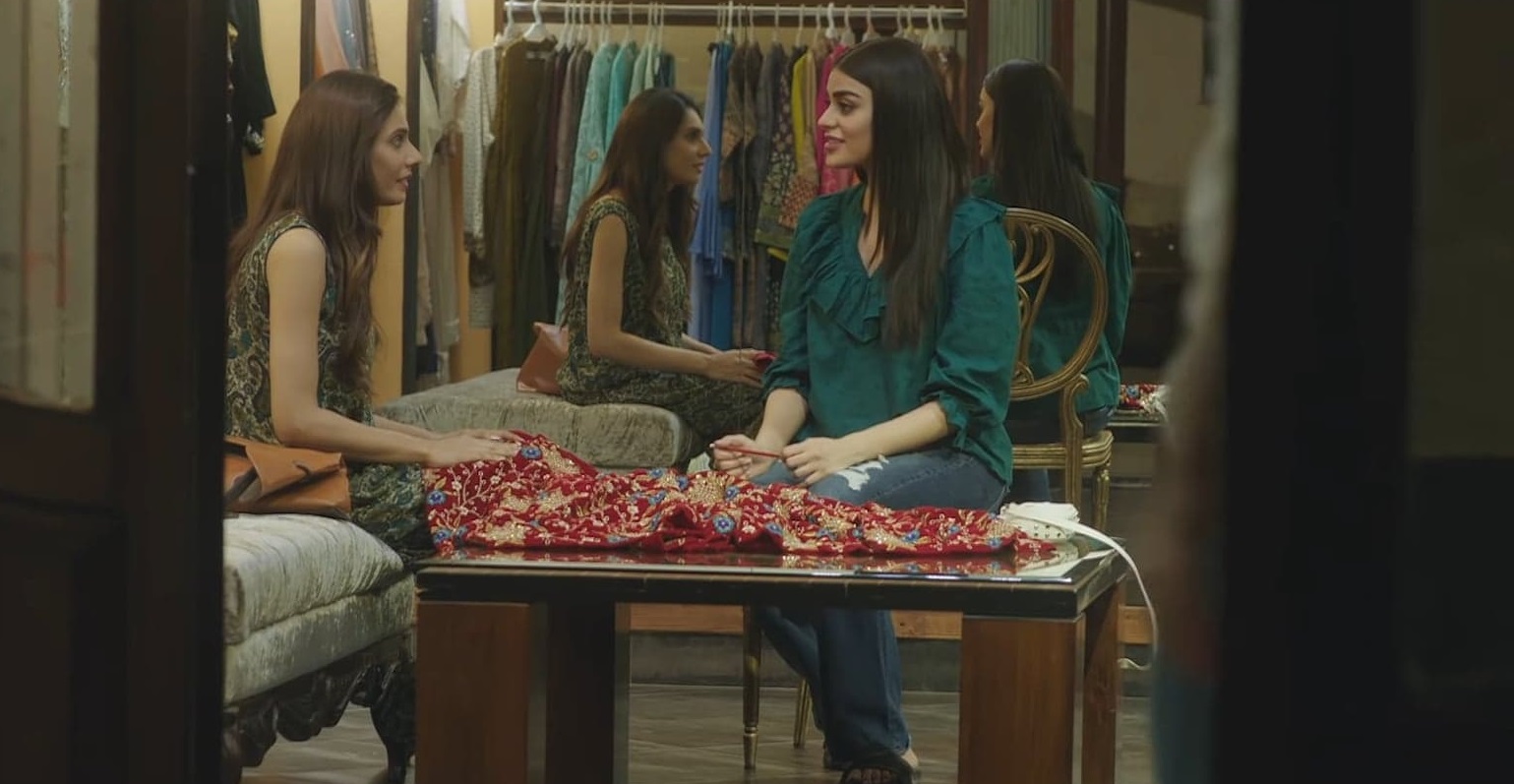 Leather jackets, dress shirts and simple tees have never looked this good before. Hamza Ali Abbasi is playing the role of Qalb e Momin, a famous director who has stopped addressing his personal and emotional issues but is now on his journey of soul searching. Hamza Ali Abbasi has kept the styling of Qalb e Momin’s character comparatively simple but he always looks handsome and presentable. In those scenes where he is shown to be at the comfort of his home, having a conversation with his grandfather, he even rocks simplest of tees as if they are some style statement. Leather jackets have been the signature articles of clothing in Qalb e Momin’s wardrobe and they look perfect. In the scenes that are shot in the winters of Turkey, Hamza Ali Abbasi has opted for long coats and mufflers, which again are enough to make a style statement. Hamza Ali Abbasi has kept the choice of colors very basic and limited but they all look good against his complexion. He has worn simple basic colored dress shirts in a lot of scenes, with sleeves rolled up and they perfectly depict Qalb e Momin’s work mode. Hamza has also kept his hairstyling different than his previous dramas, he also rocks a stud earring in one of the earlobes, without overstyling the character, he had made these limited things go well with the image of Qalb e Momin. 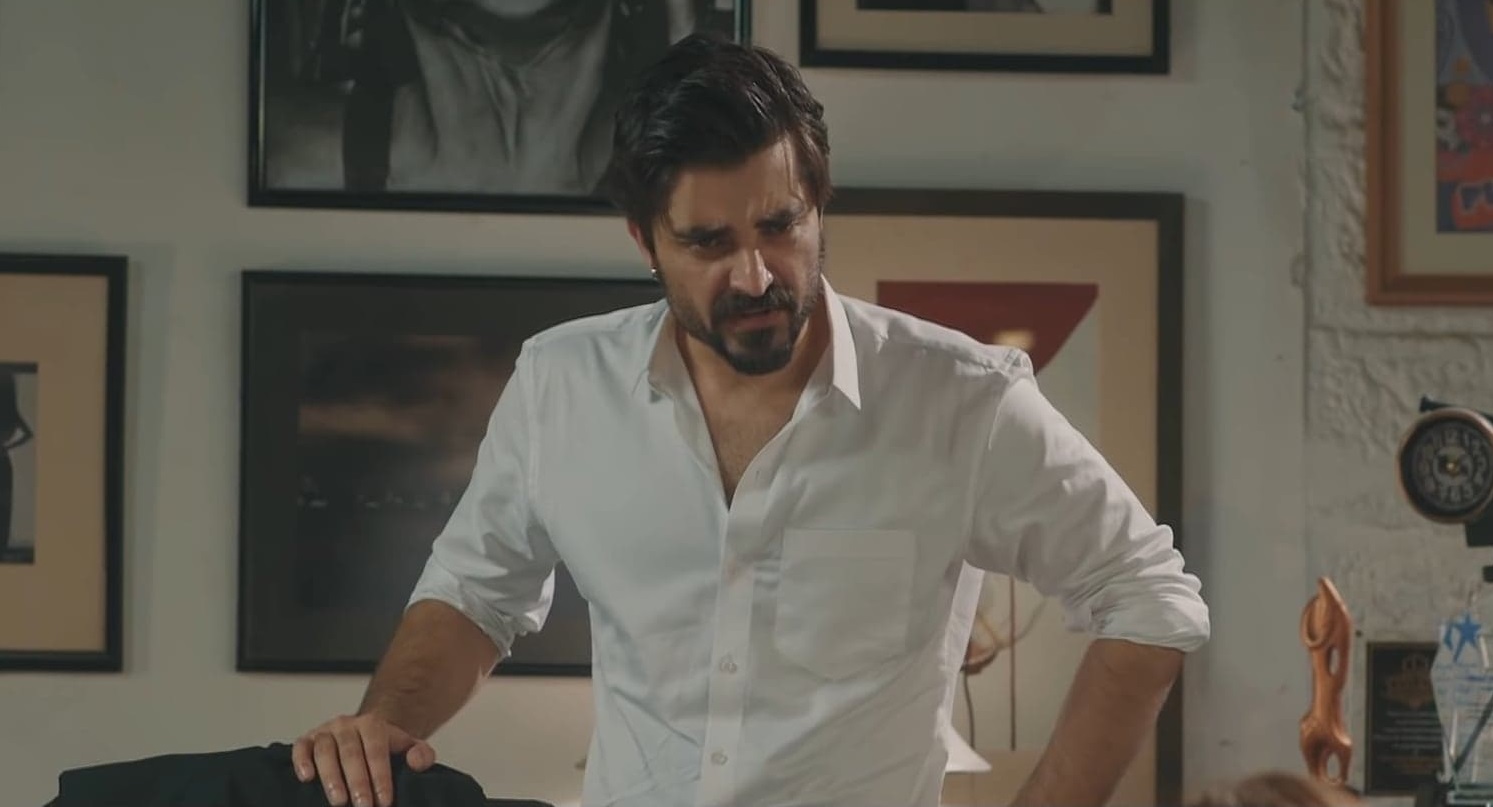 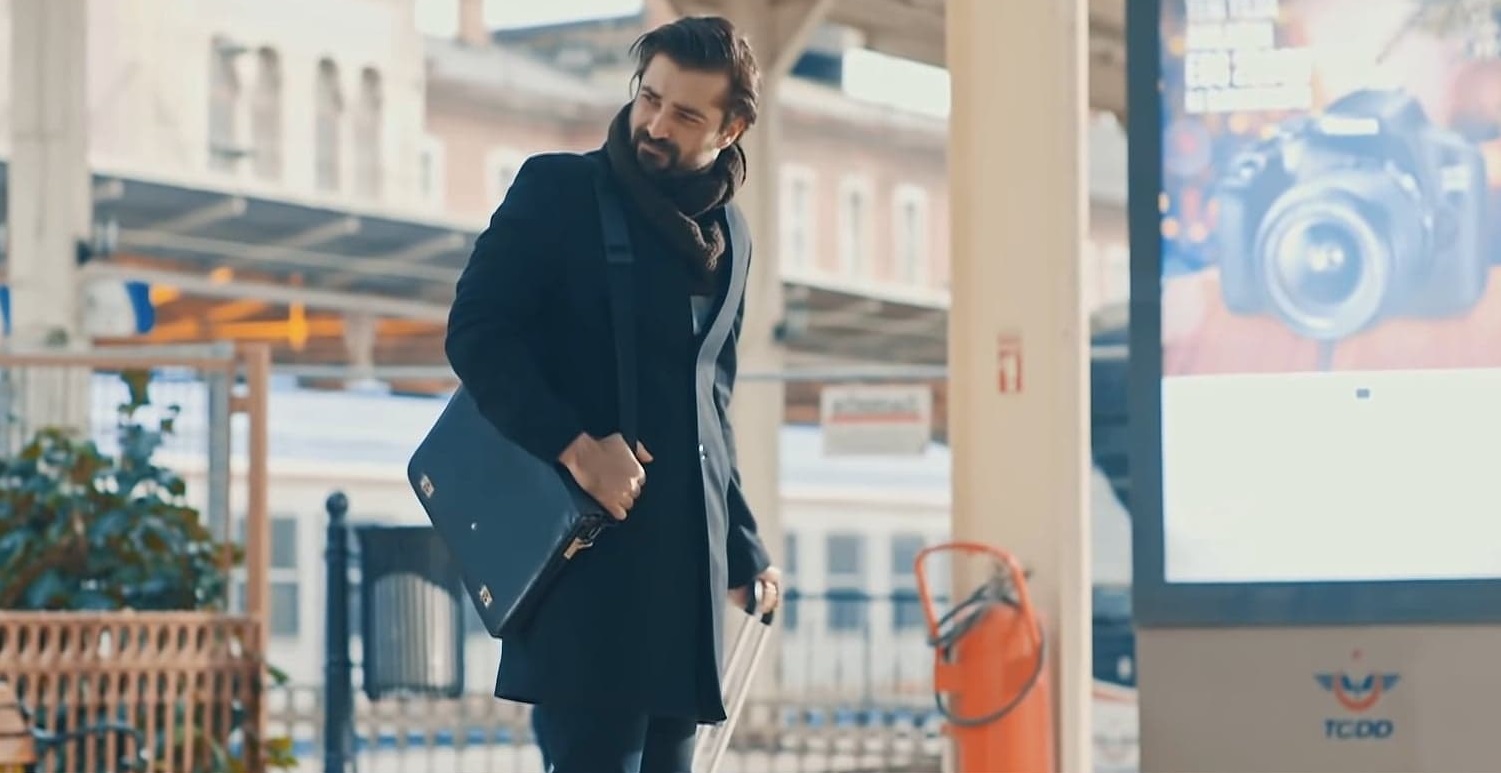 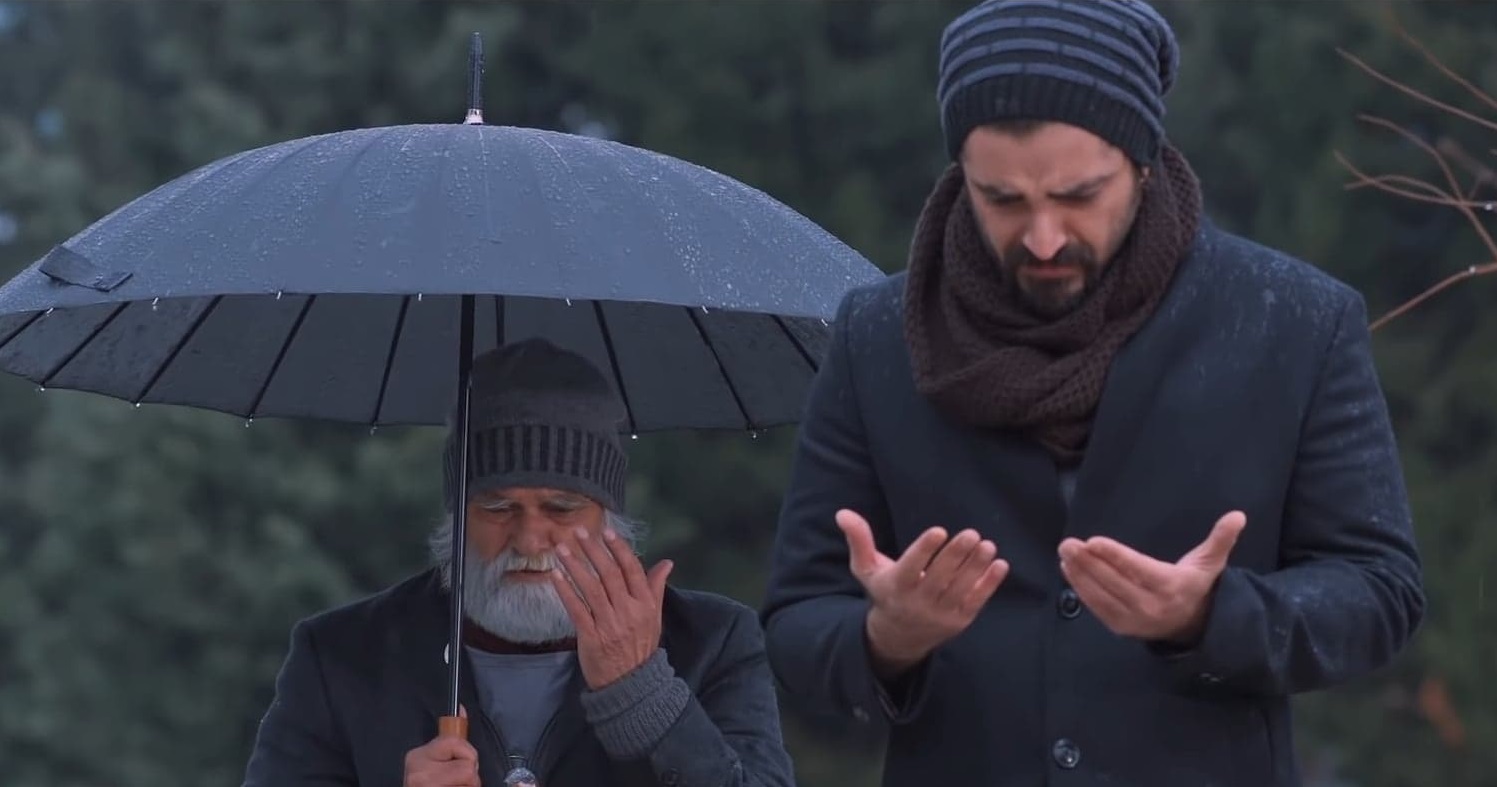 Hina Ashfaq has played the role of Qalb e Momin’s secretary and she has embraced this role flawlessly. Tina screams professional secretary from top to bottom. Her specs, luscious curls in voluminous short hair, bright brown hair color, glossy lips and bronzed makeup, manicured fingers, baggy oversized dress shirts and different choice of trousers actually makes her look like she is fully dedicated to her job and takes her work very seriously. Tina’s overall styling denote that she is a hardworking individual and because she is associated with the glamor industry, she can not allow herself to look non-glamorous at any given time. This is the kind of role where the actor might not get a lot of dialogues, therefore they have to make an impact solely with their presence and Hina Ashfaq has succeeded in doing just that. Hina actually looks gorgeous as Tina. 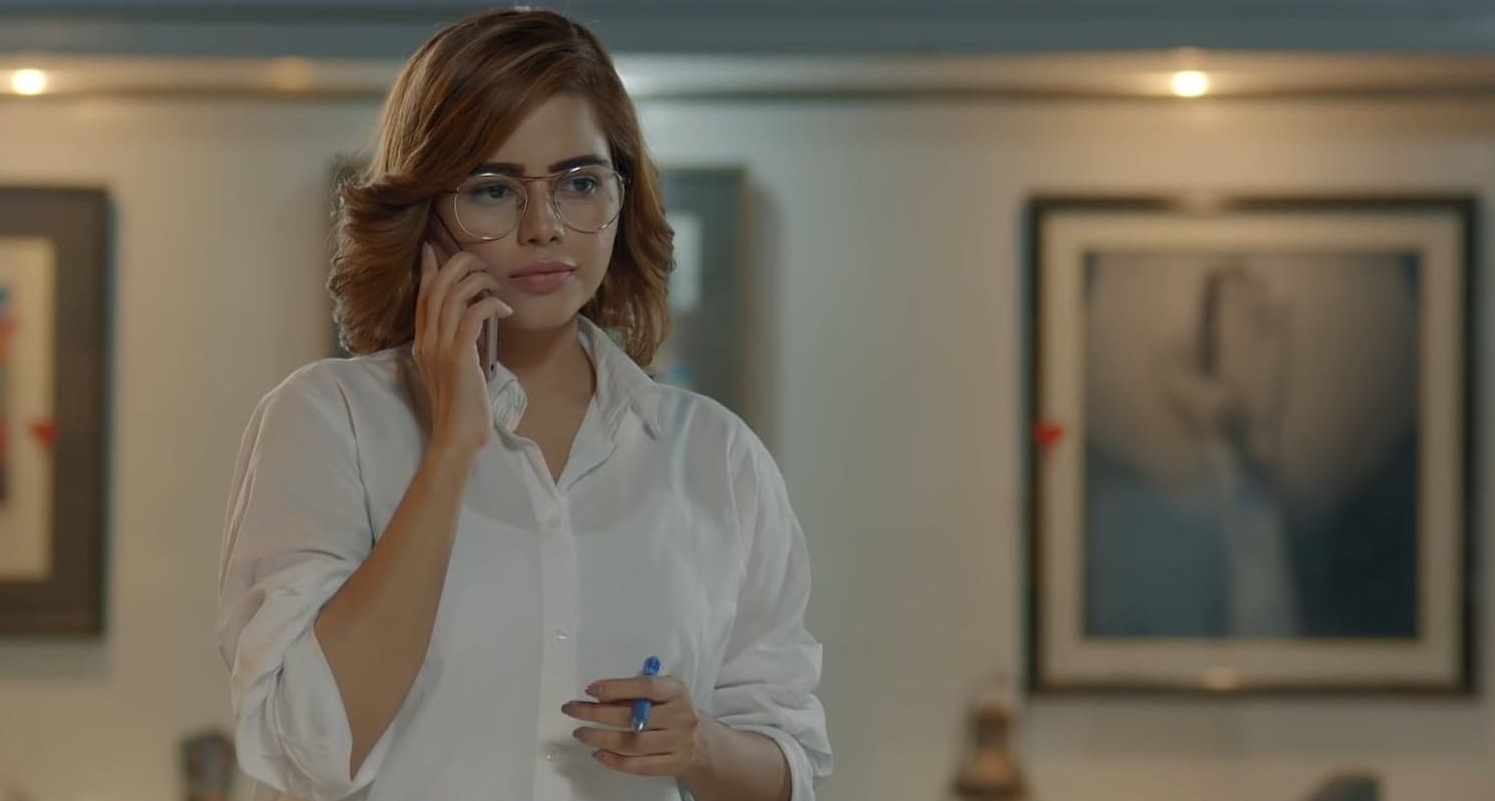 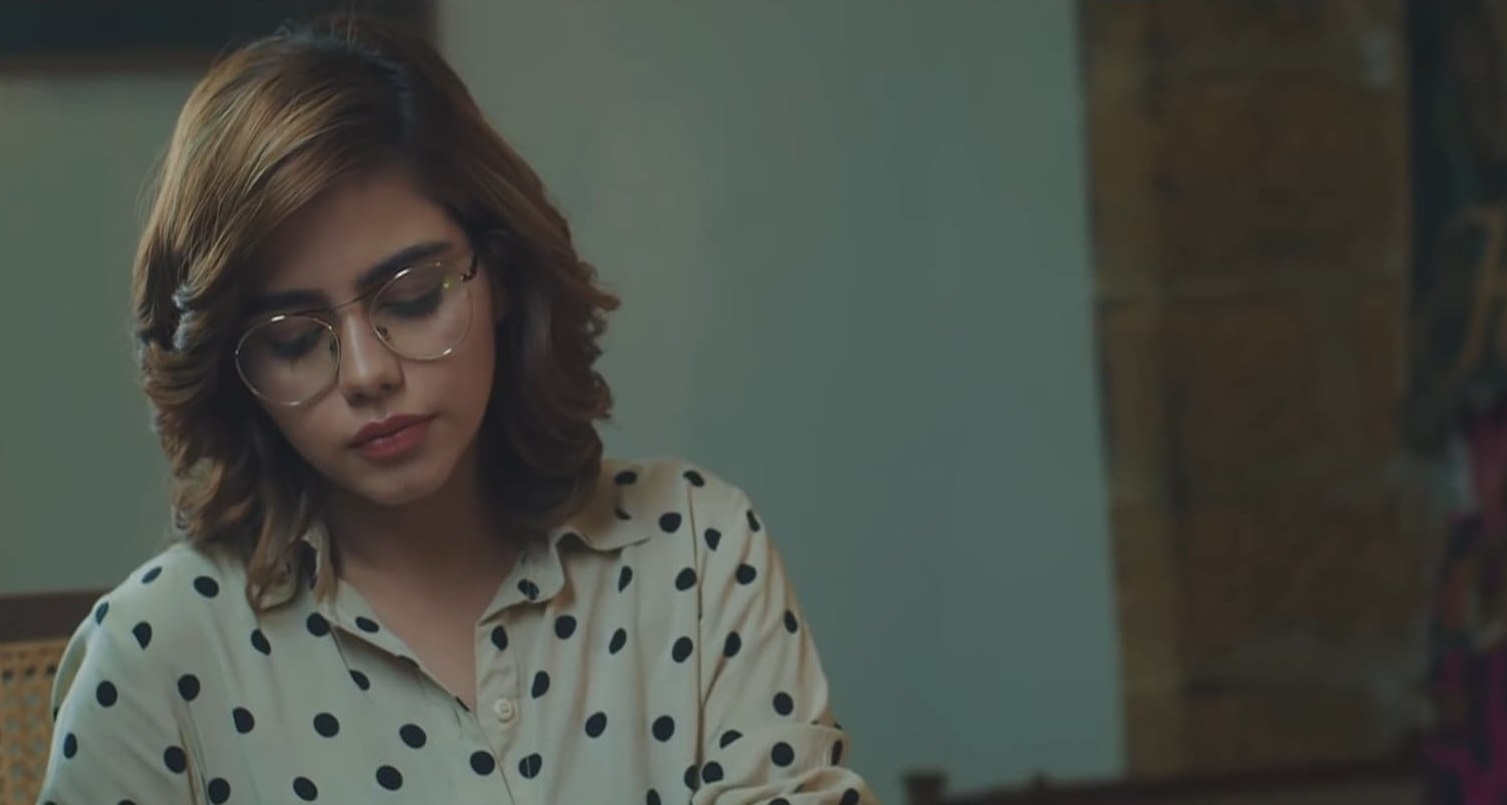 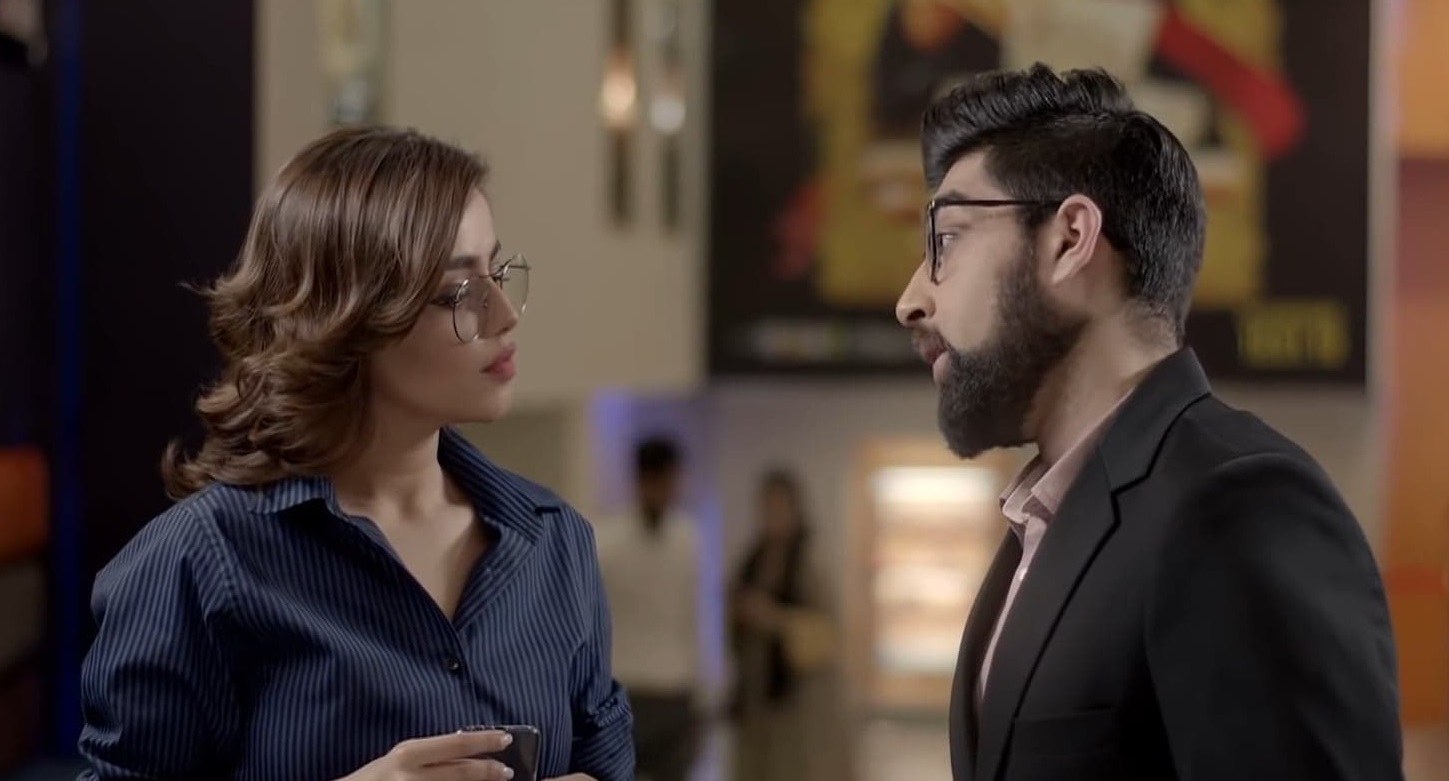 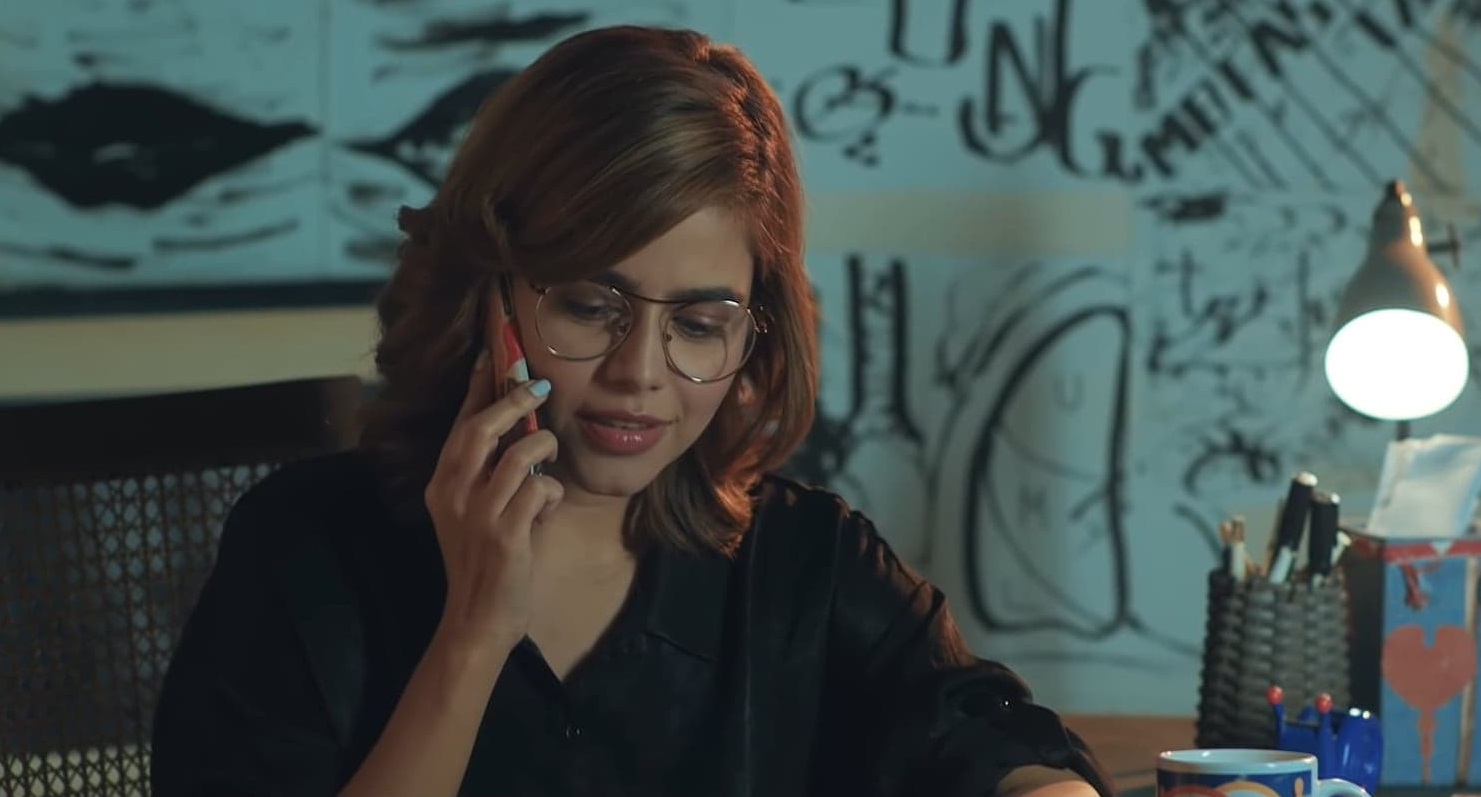 Momina happens to be one of the central characters of Alif. Momina’s character has gone through a lot and she has experienced a transition in both her personal as well as professional lives, therefore it is brilliant to see how Sajal Aly and the stylists responsible for her character have showcased the change in Momina’s journey by relying on different kinds of styling. Sajal has kept her makeup minimal, her dressing is simple but in all of those scenes where she was shown to be shooting for a movie or a drama, the change in her looks was evident and left a visual impact. Now that Momina’s character has earned professional success, she has groomed herself and has undergone a makeover, which draws the difference between Momina who used to be a struggling actor to someone who is now a well reputed actress. Sajal’s overall wardrobe is based on simple shalwar kameez but she has still succeeded in making it work and look at her absolute best. The hairstylists have made the most of Sajal Aly’s beautiful hair, they have added volume and the hair color that Sajal Aly has opted for always stands out and adds more beauty on different colors of outfits that she has worn so far. 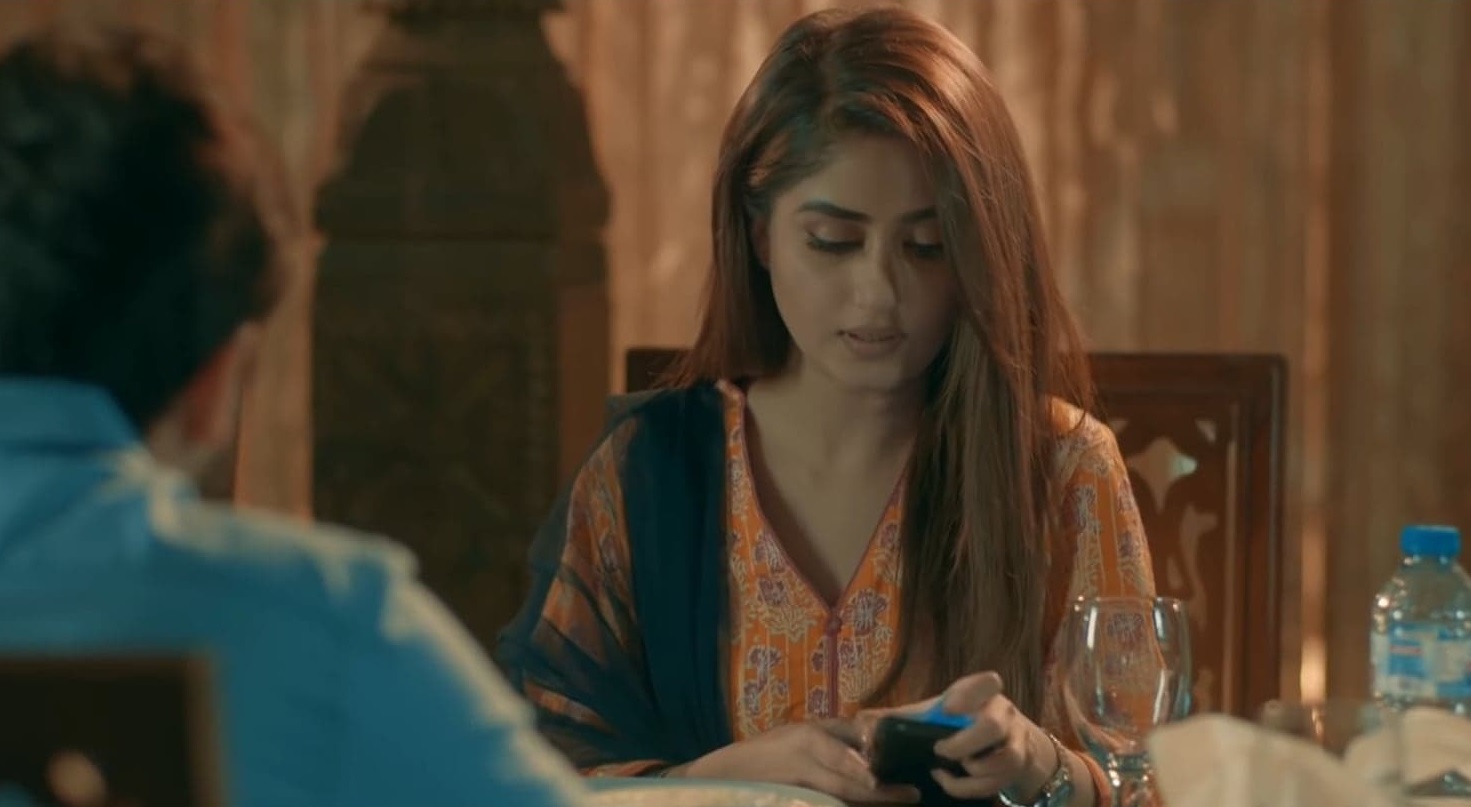 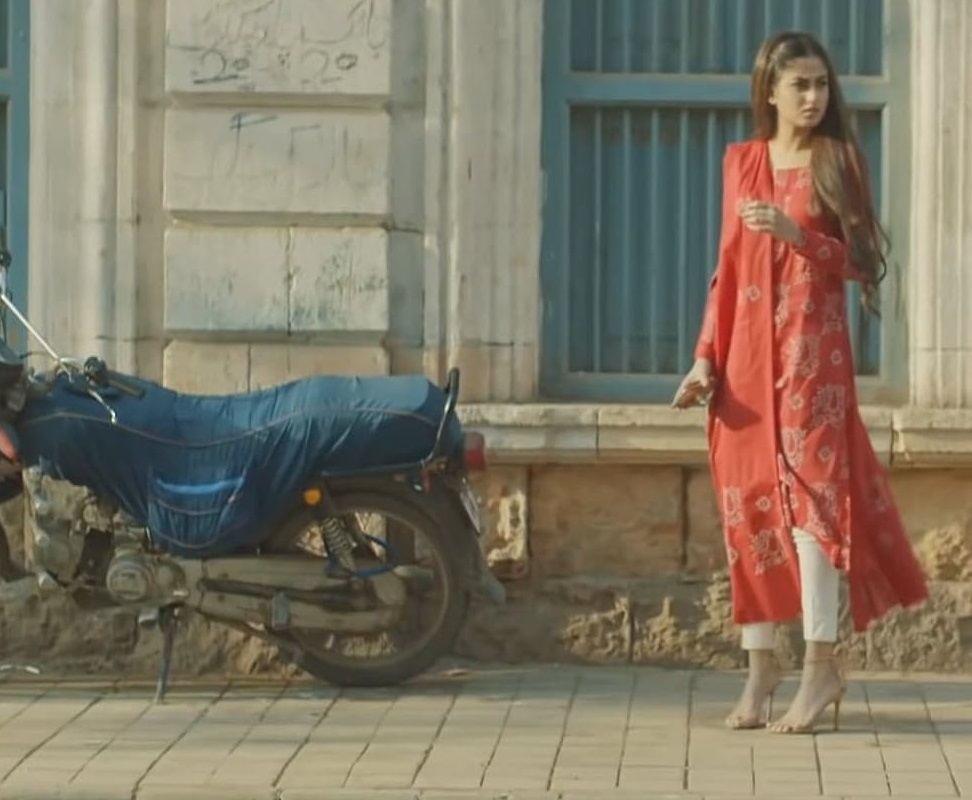 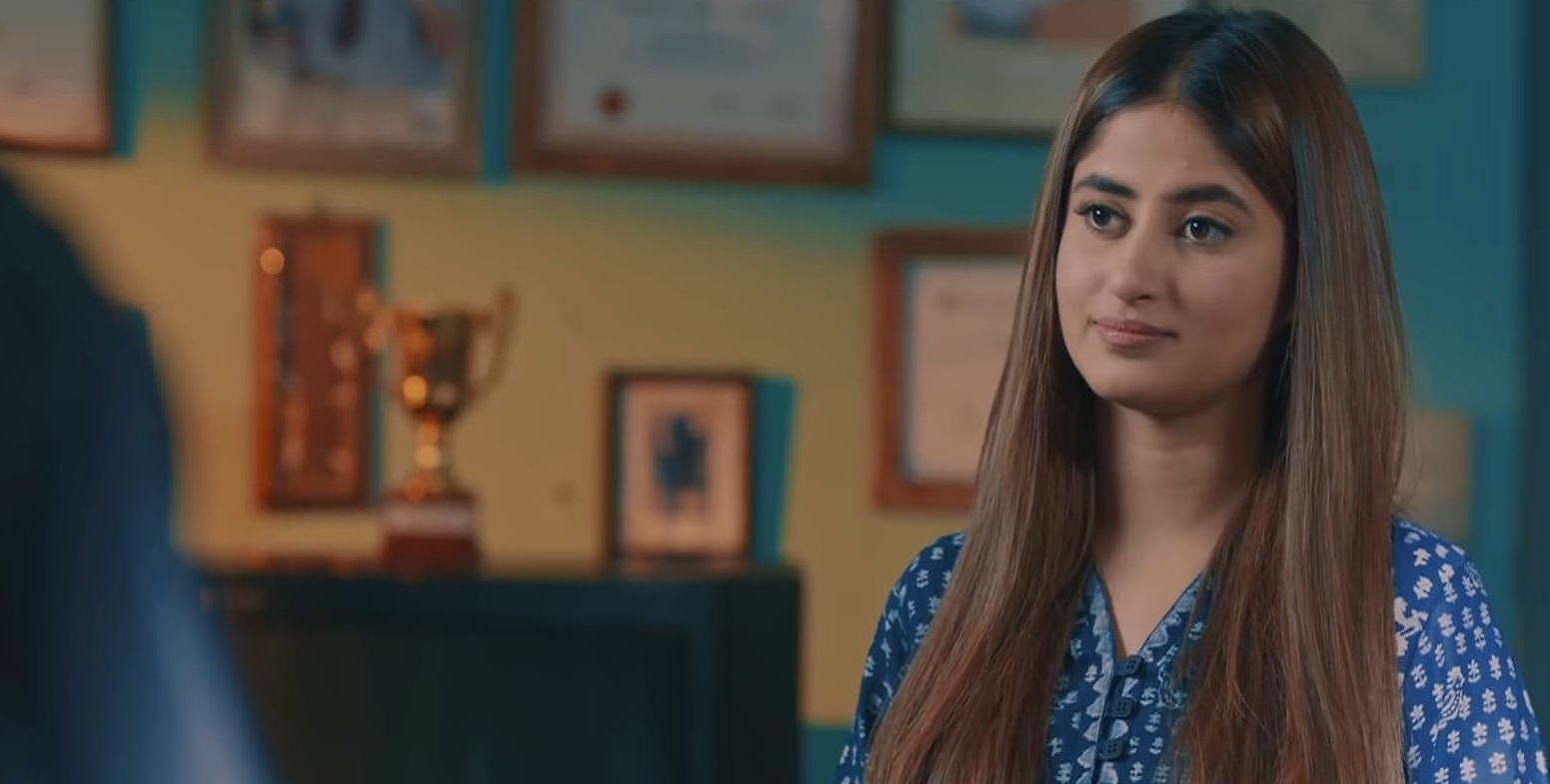 Aqsa character is also of a girl in her 20’s who is an actor. She takes up different small roles to continue with her acting career. Fareeha Raza has given a perfect treatment to Aqsa’s character. Her choice of wardrobe is simple and neat. She has worn some beautiful and decent lawn suits and has carried them gracefully. Aqsa’s makeup is also minimal and her hair straight which she often braids to achieve a different looks. Aqsa’s character is like a support system to Momina and it is perfect in every single scene, instead of overpowering her, she compliments her friend and they both look like two simple girls, coming from more or less similar backgrounds, holding onto each other’s friendship and just being there for one another. Fareeha Raza’s choice of lawn suits is brilliant. 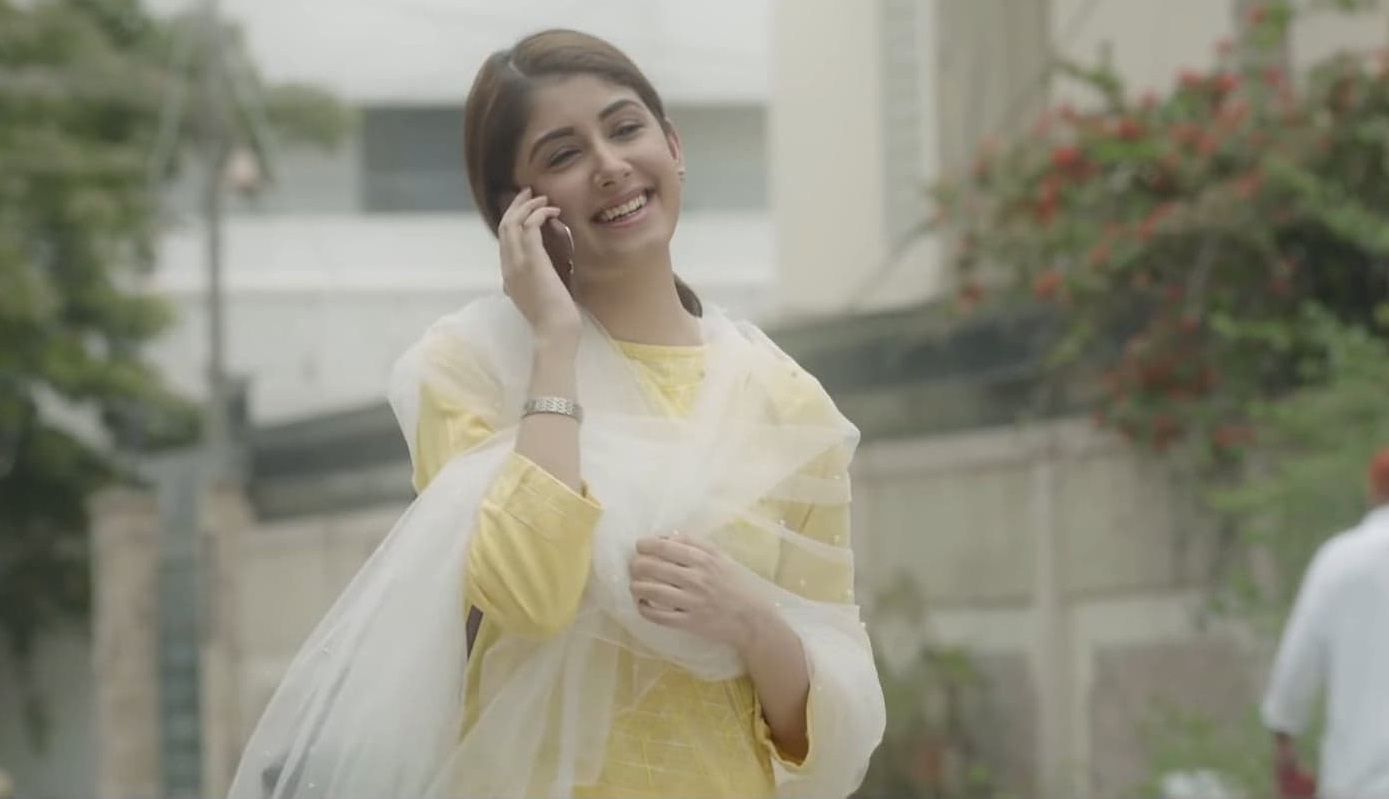 The character of Husn e Jahan has probably gone through the drastic transition throughout the drama and it was brilliantly depicted by the stylists responsible for Husn e Jahan’s styling. She was shown to be the A list actor who then suffered heartbreak and also faced poverty, all of the phases of Husn e Jahan’s character were realistically portrayed. In those scenes where she is the beautiful top movie star of Pakistan, Kubra Khan has portrayed her character with grace and elegance. Kubra has never looked this beautiful in any of her dramas before. She was probably the actor the viewers were most skeptical about but Kubra proved that she is the kind of actor who knows the demand of the character and is very much capable of doing justice to it. Husn e Jahan has been seen in variety of outfits, from heavily embellished sarees to beautiful gowns and pishwas, she was also seen in oversized old clothes but Kubra Khan carried it all with grace. Kubra Khan carried the heavy winged eyeliner makeup and high backcombed elaborate hairstyling with utmost grace and confidence. She has definitely played a huge part in doing justice to the kind of styling that was chosen specifically for Husn e Jahan’s character. 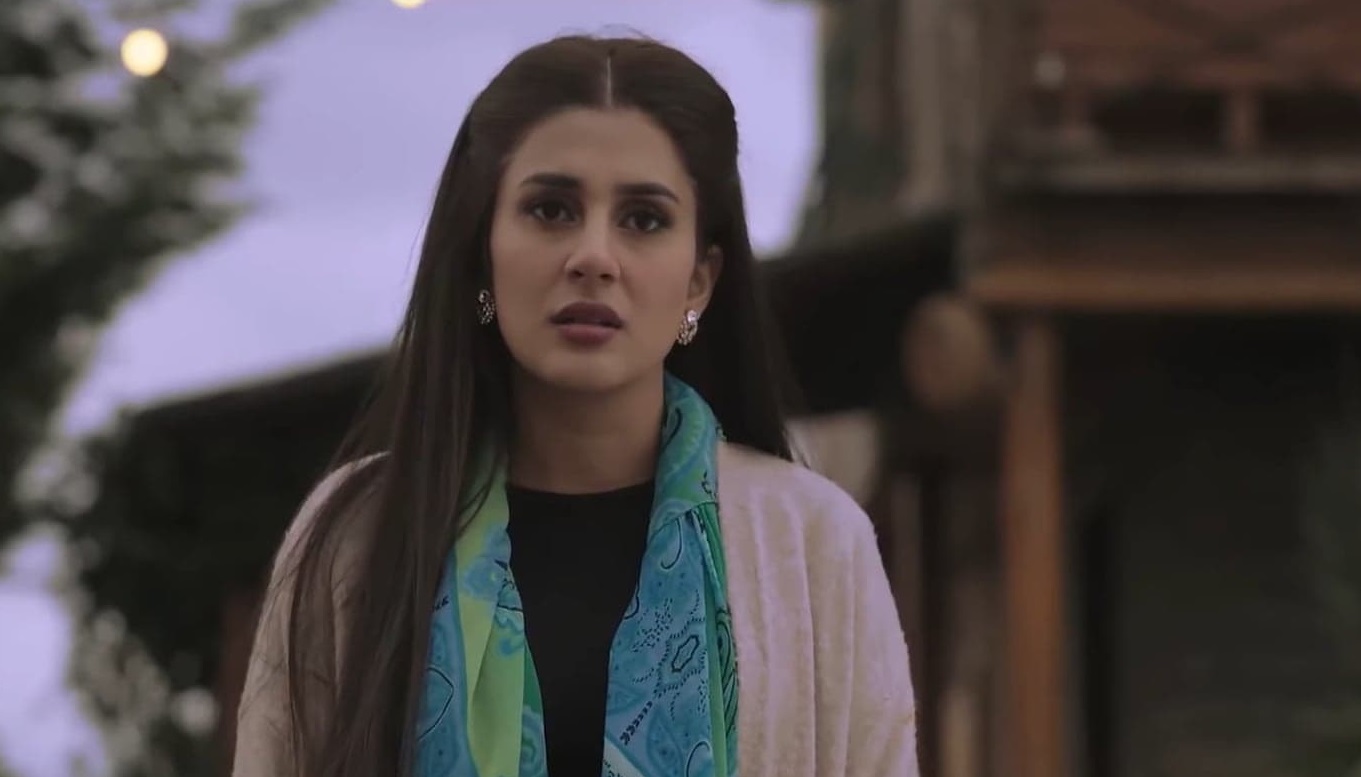 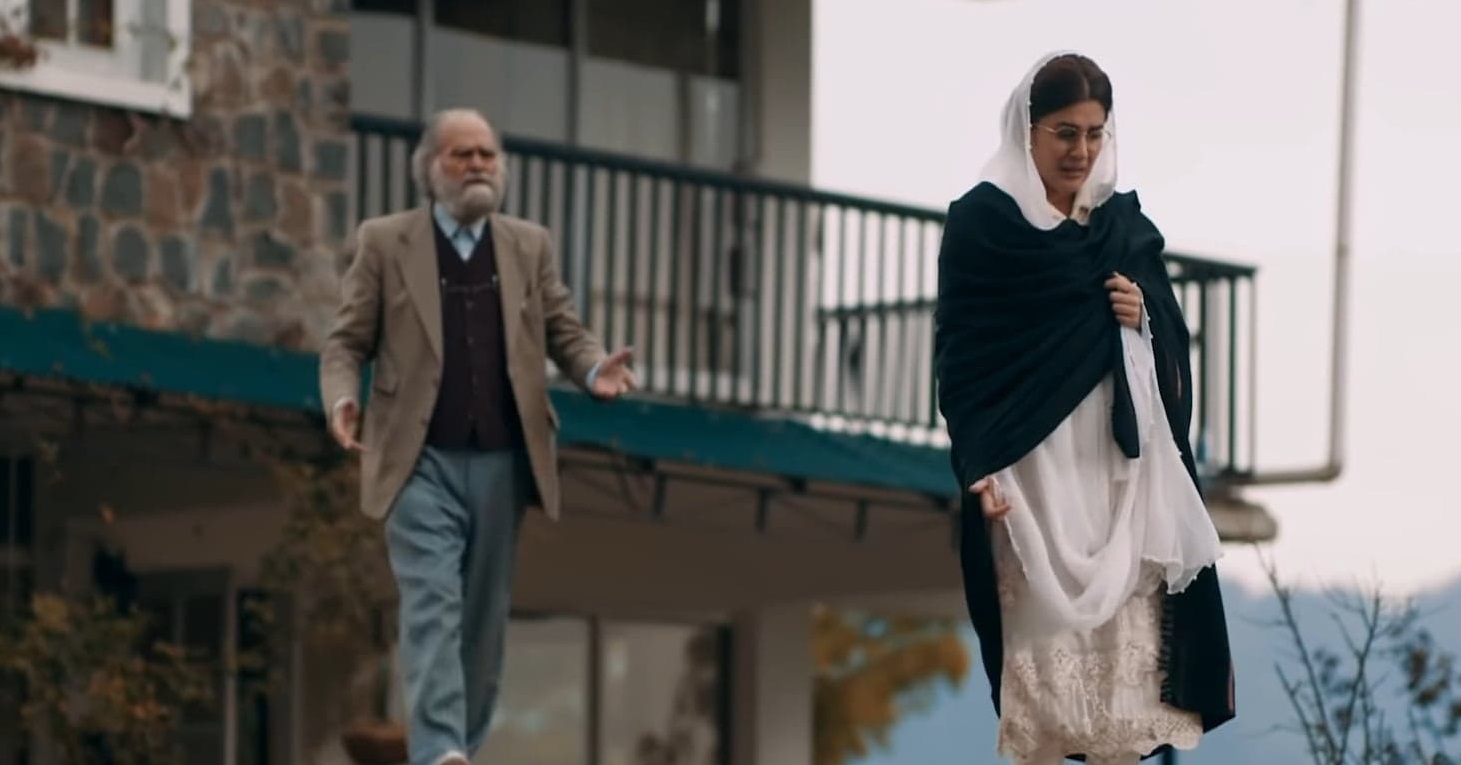 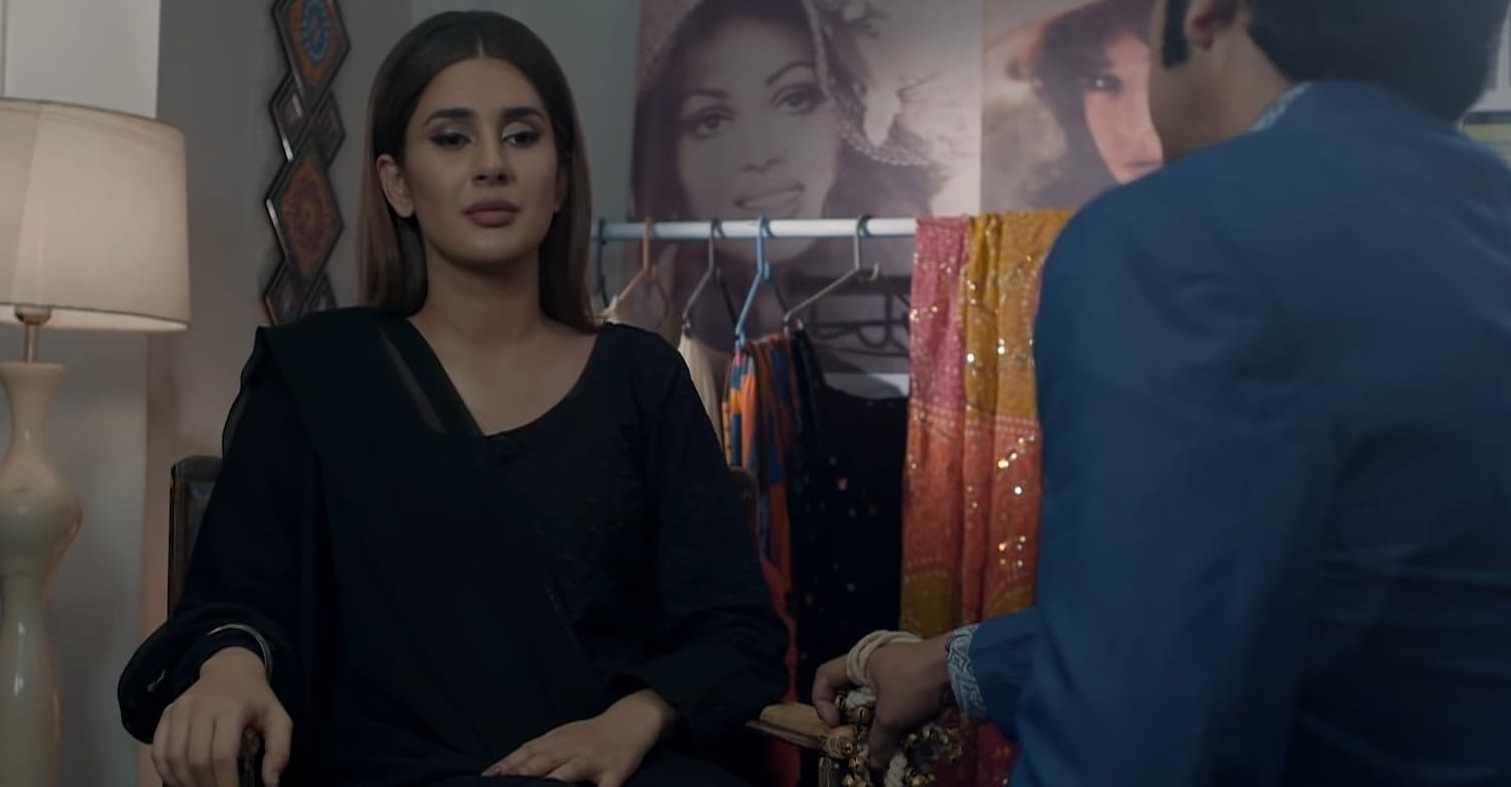 These are the characters that we feel have been dressed to impress the viewers. The stylists of Alif deserve a lot of appreciation for styling all the characters to fit the brief and their dynamics. Even the supporting characters like Sultan and his wife, Jhumar and all of those who have made an appearance in the drama so far have been styled perfectly. Which of these characters and their styling have caught your attention? Please feel free to share your thoughts in the comment section below.