Pakistan is 75 years old now and throughout the history the country has gone through a lot of phases an changes. One thing however, that has remained consistent throughout is the unpredictability of Pakistan Cricket Team. Despite facing issues in batting and fielding departments in various eras, this team has won a 50 over World Cup under former Prime Minister Imran Khan, a 20 over World Cup under the batting maestro Younis Khan, a champions trophy under Sarfaraz Ahmed and also the Asia Cup. Our new team under Babar Azam is also a great asset and we have some great players in our unit. But the team has been giving some dismal performances in the last few matches which frankly put us out of the World Cup. 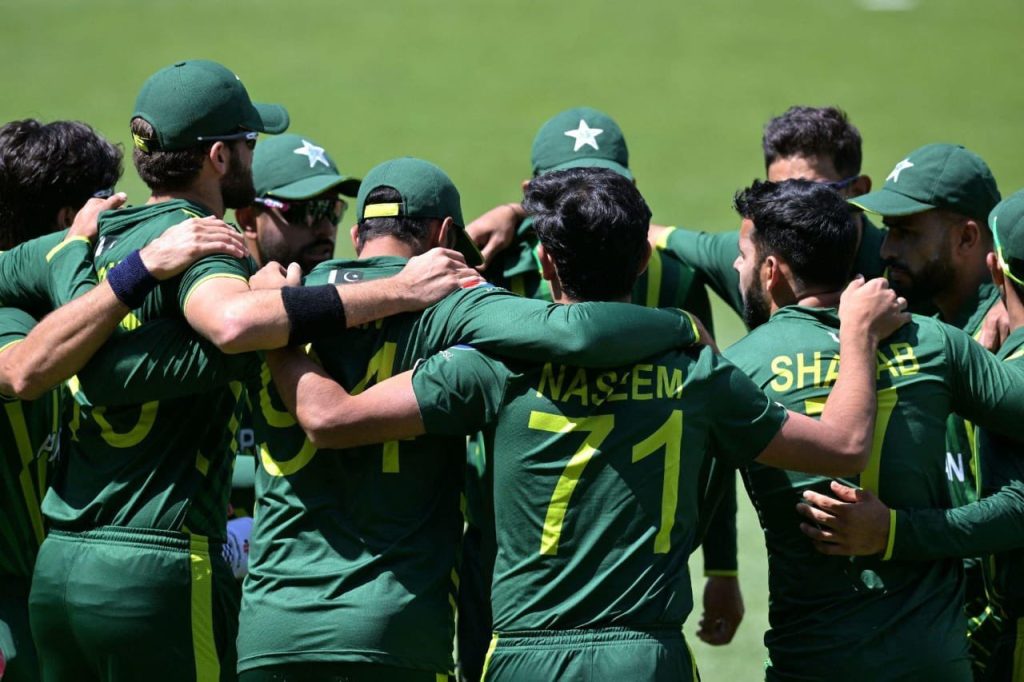 But guys, the miracle has happened and Qudrat Ka Nizam has won as Netherlands beats world cup favourites South Africa and after beating Bangladesh, Pakistan is through to the Semifinals. The nation has been going through some really dark times but this has given us a light of happiness. Celebrities are also rejoicing this Qudrat Ka Nizam and here is what they are saying: 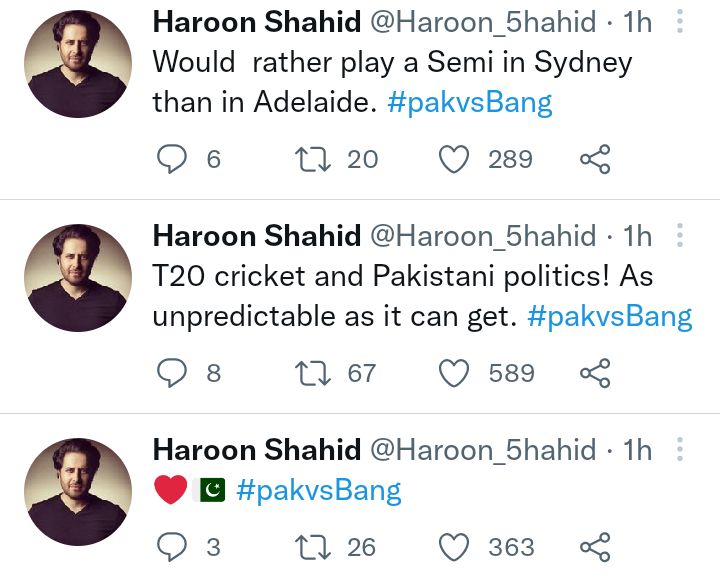 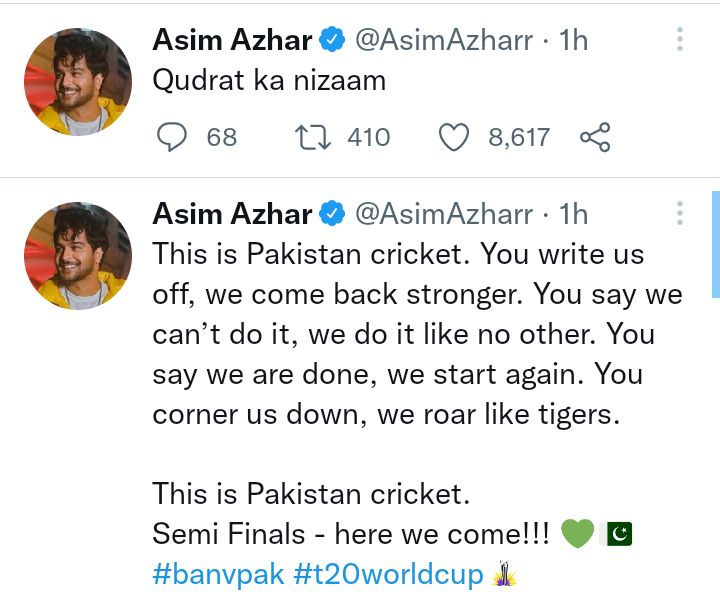 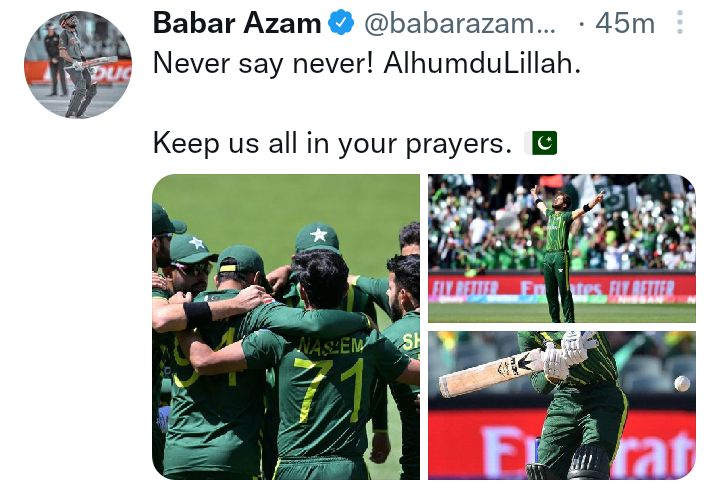 Fans are also making memes as this was nothing short of a miracle and quite frankly impossible to happen: 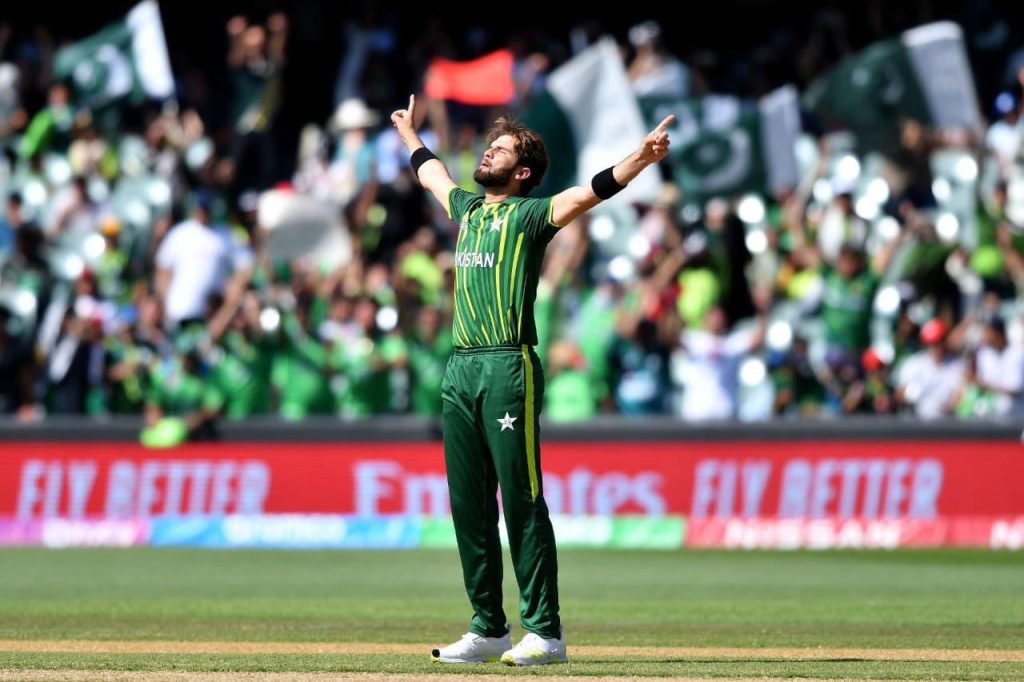 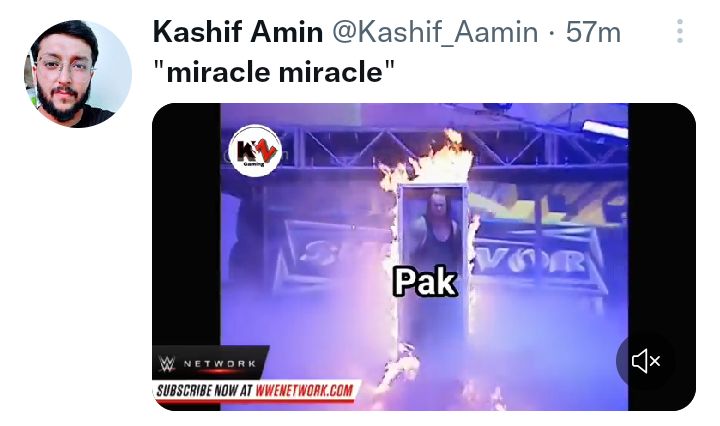 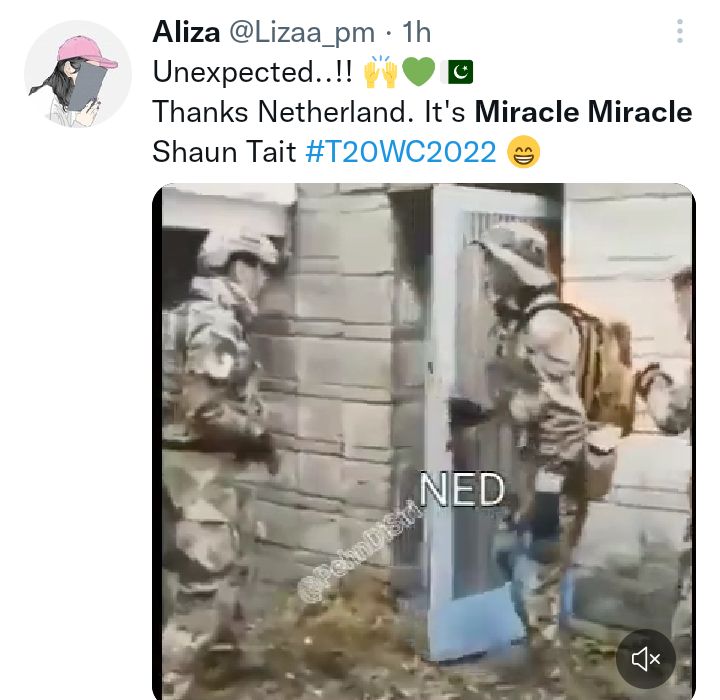 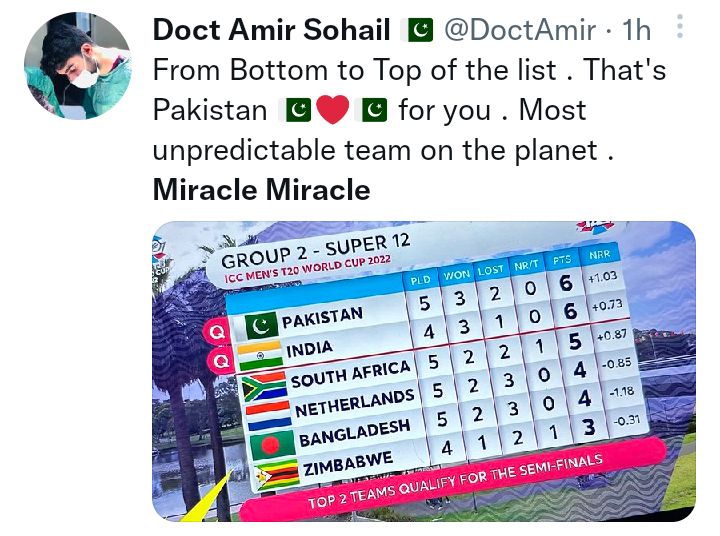 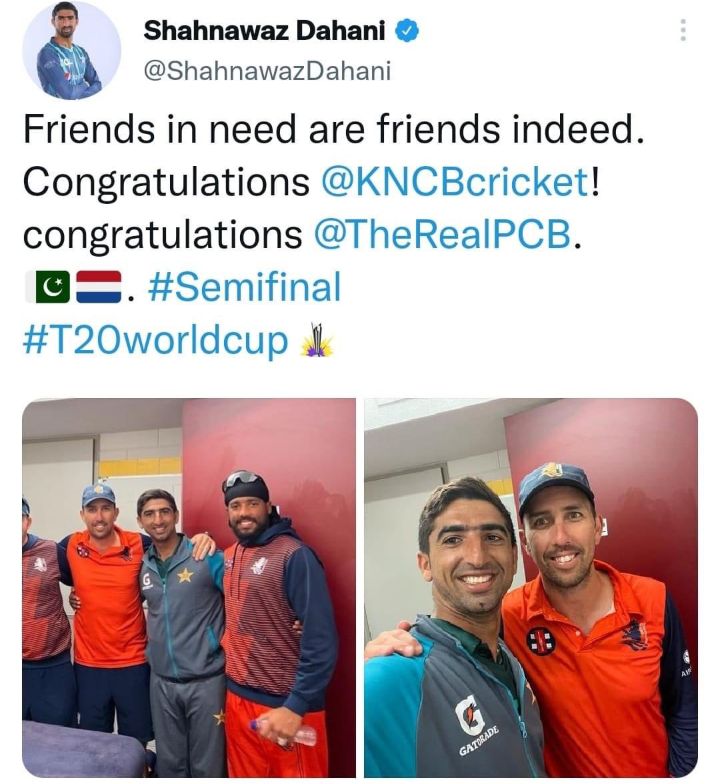 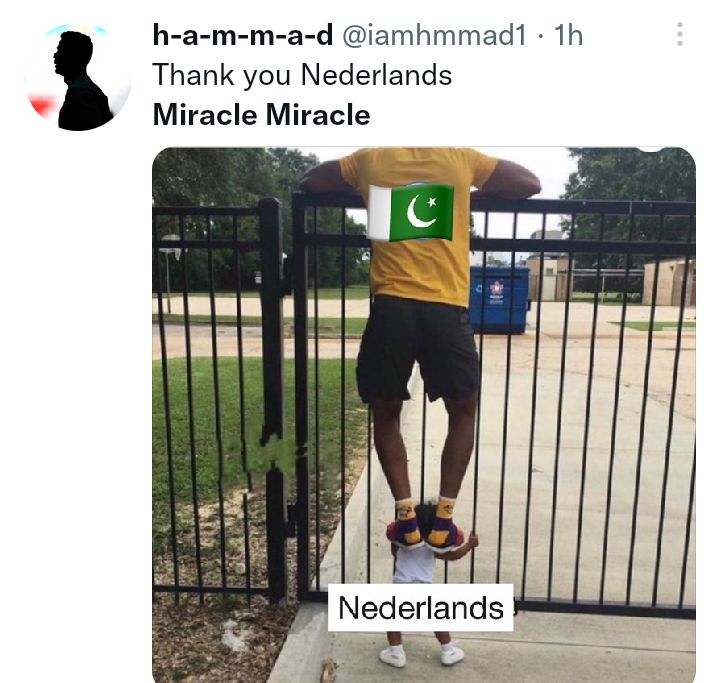 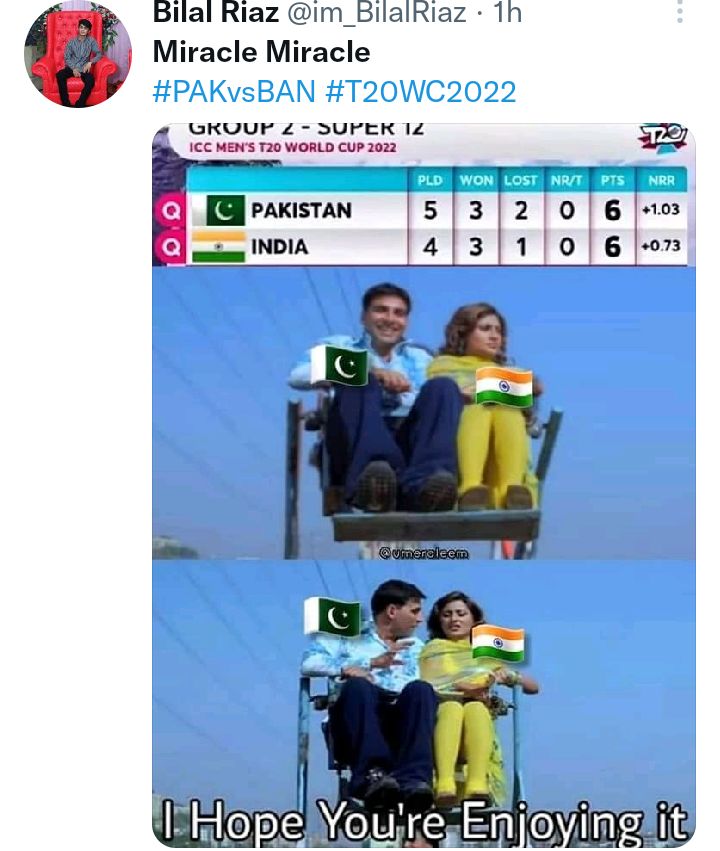 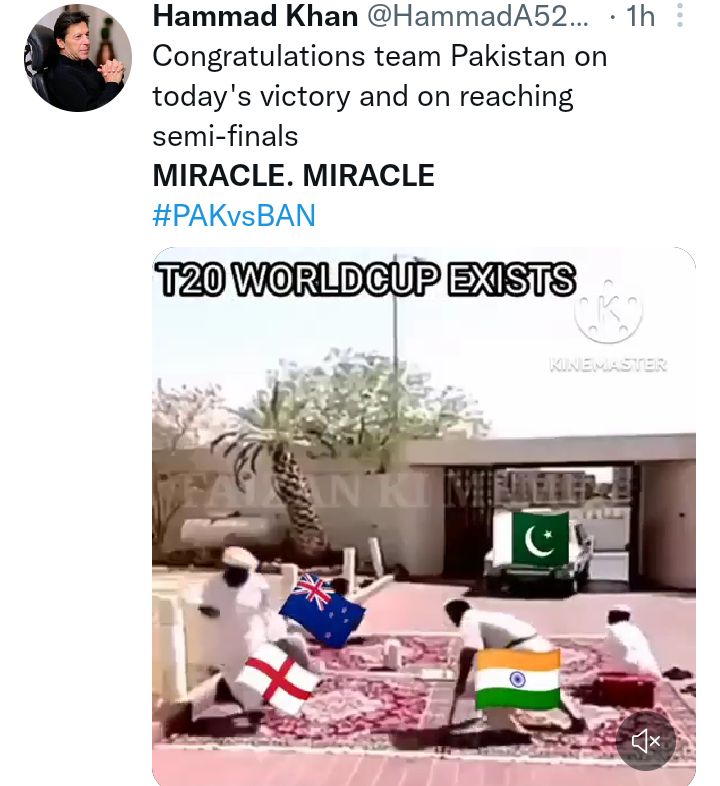 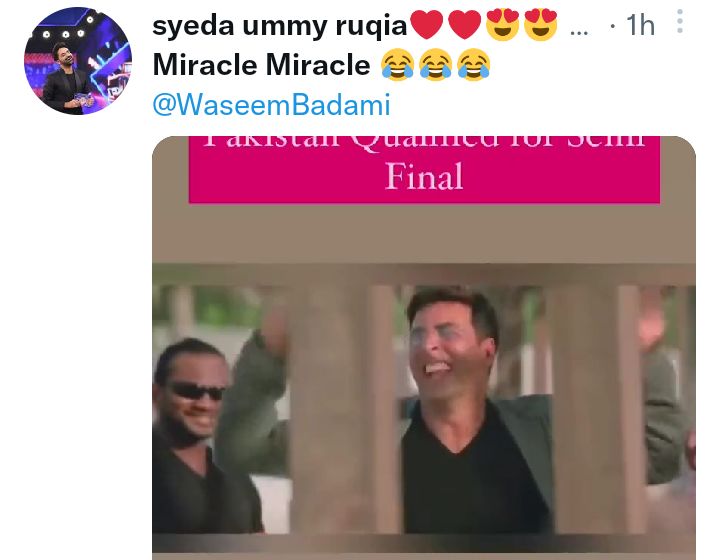 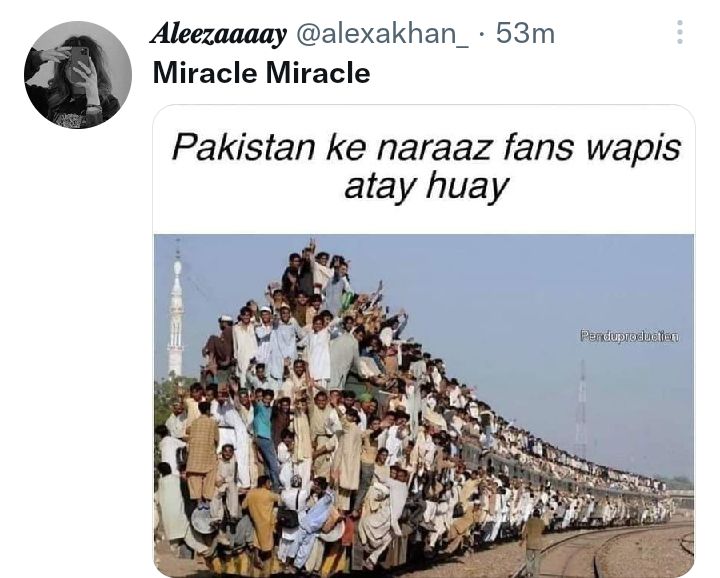 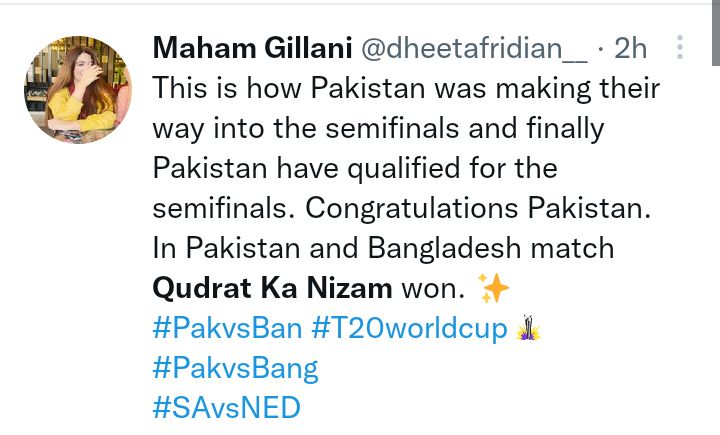 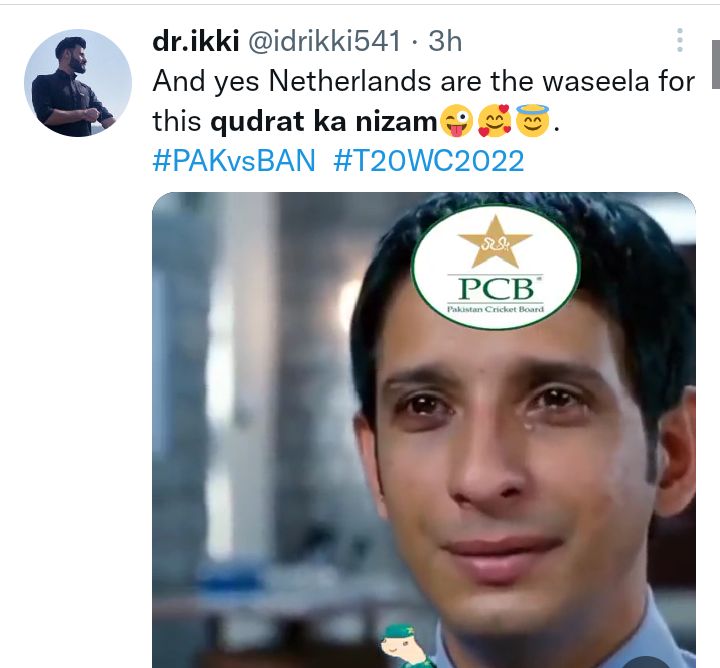 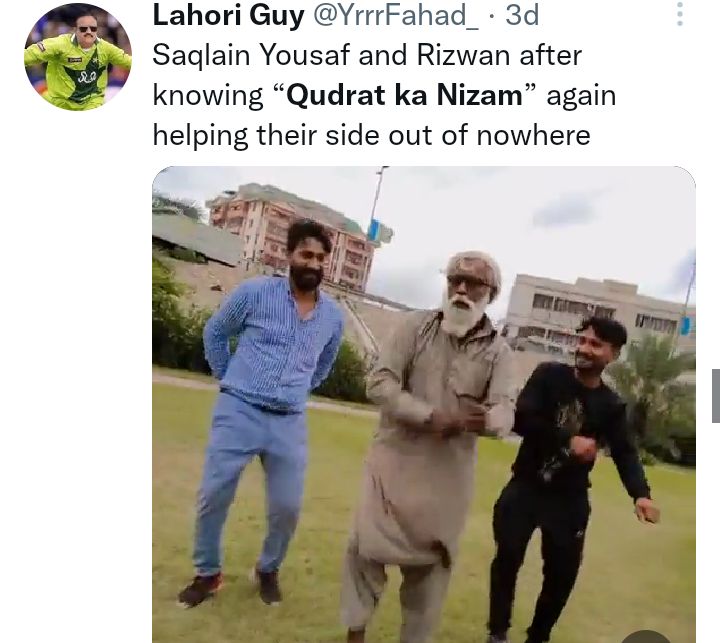 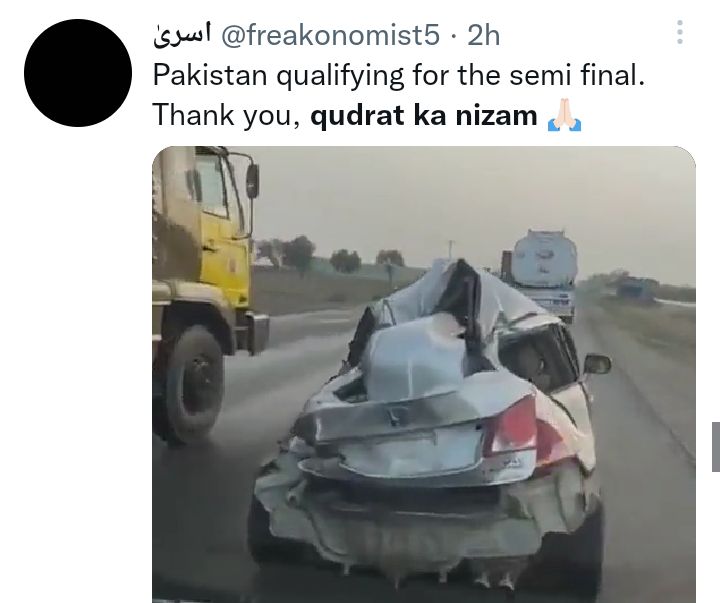 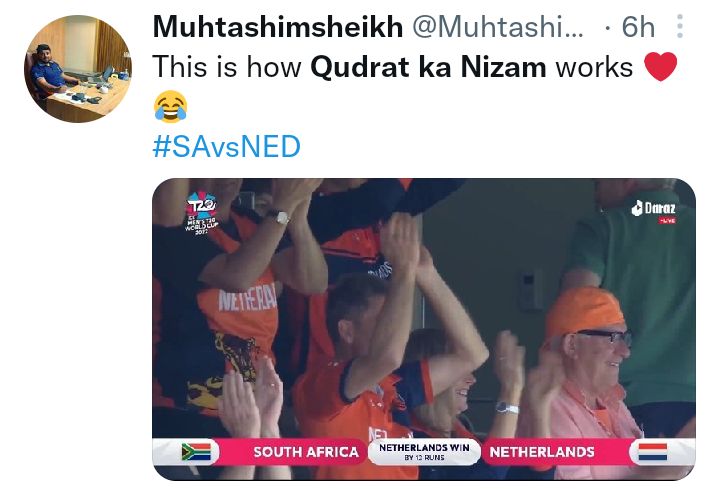 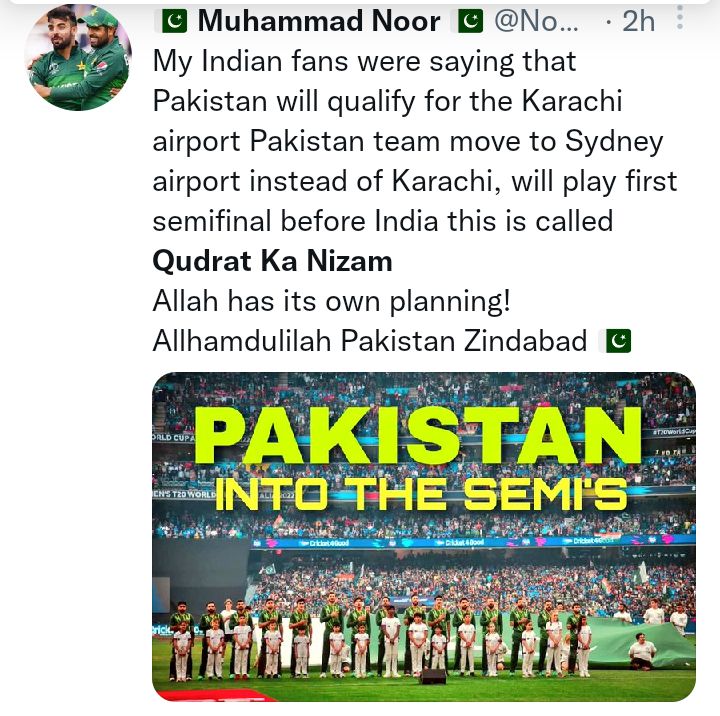 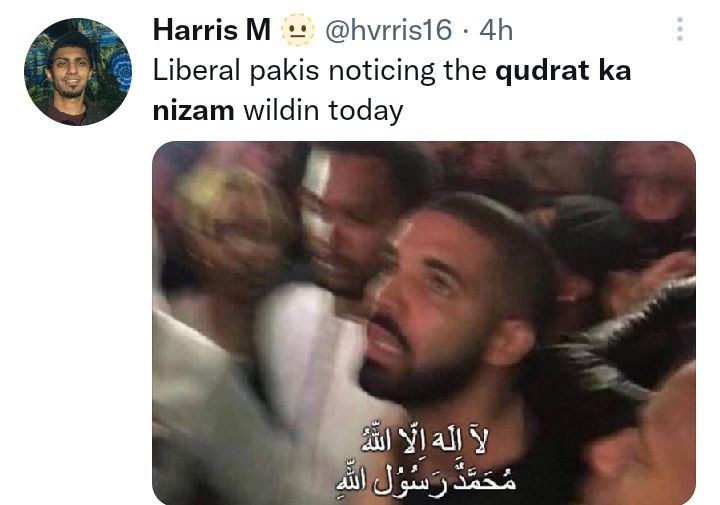 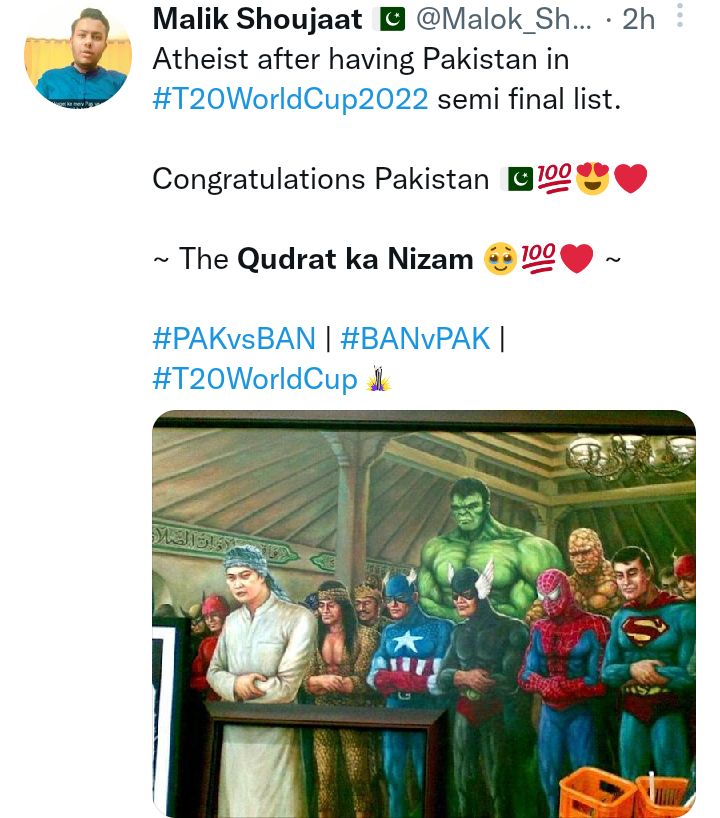 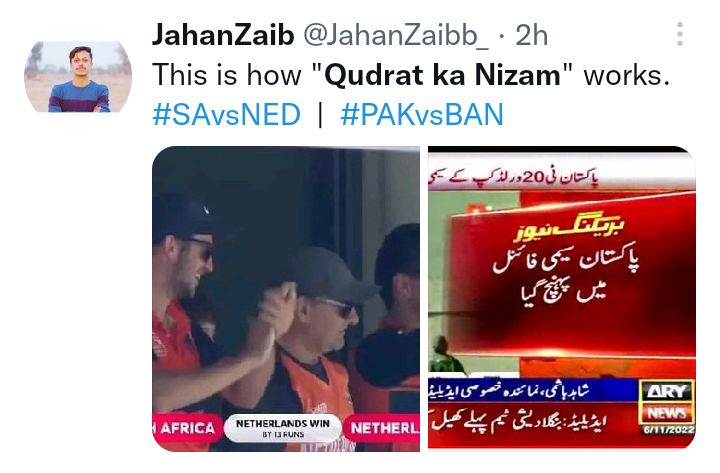