Celebrities Speak Up On Motorway Incident To Demand Justice

The motorway incident of a woman being gang-raped in front of her children has shocked everyone to the core. This past week many rape cases and sexual harassment cases have been reported and children, transgenders and women are not safe in this country.

Social media is angry and devastated over this rape incident which happened on the motorway and #EnoughIsEnough is trending on Twitter. People want public punishment of the rapists and another #HangTheRapists is trending.

Pakistani celebrities are angry as this recent incident is the proof that women in Pakistan are not safe at all no matter whether they are at home or on the streets. They have used their social media platforms to raise their voice and demanded justice for the rape survivor.

Celebrities demanding justice for the survivor, check out! 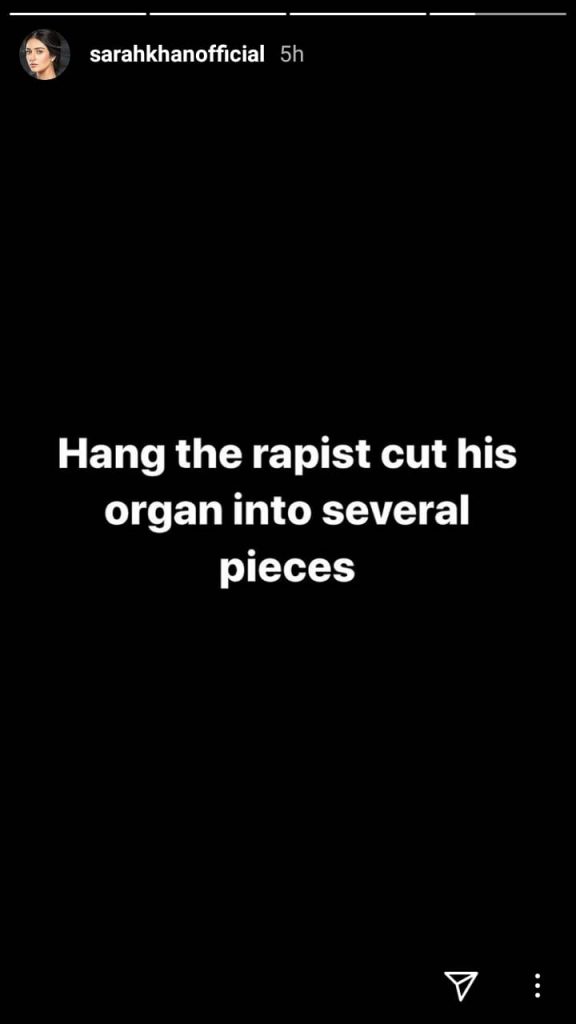 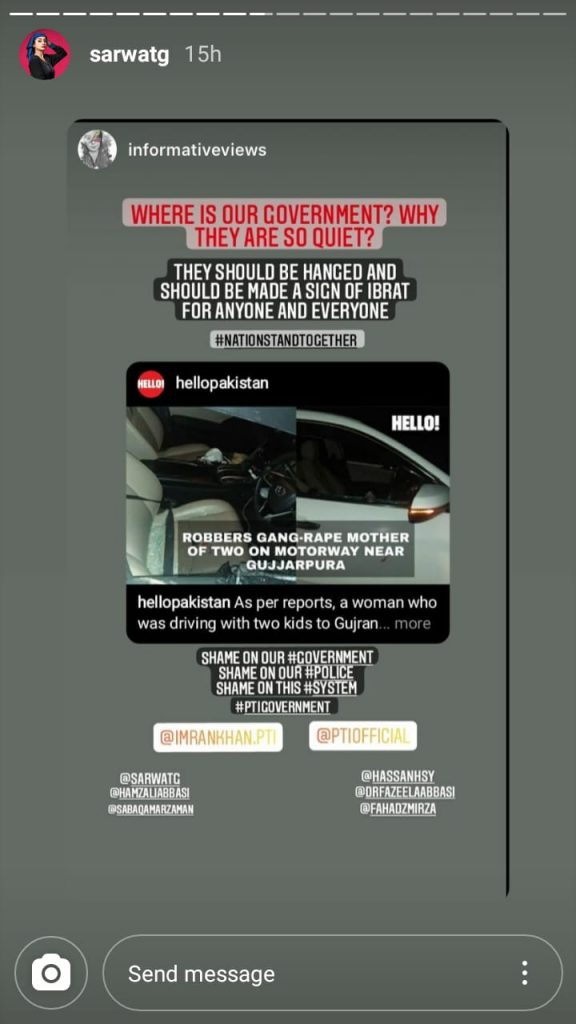 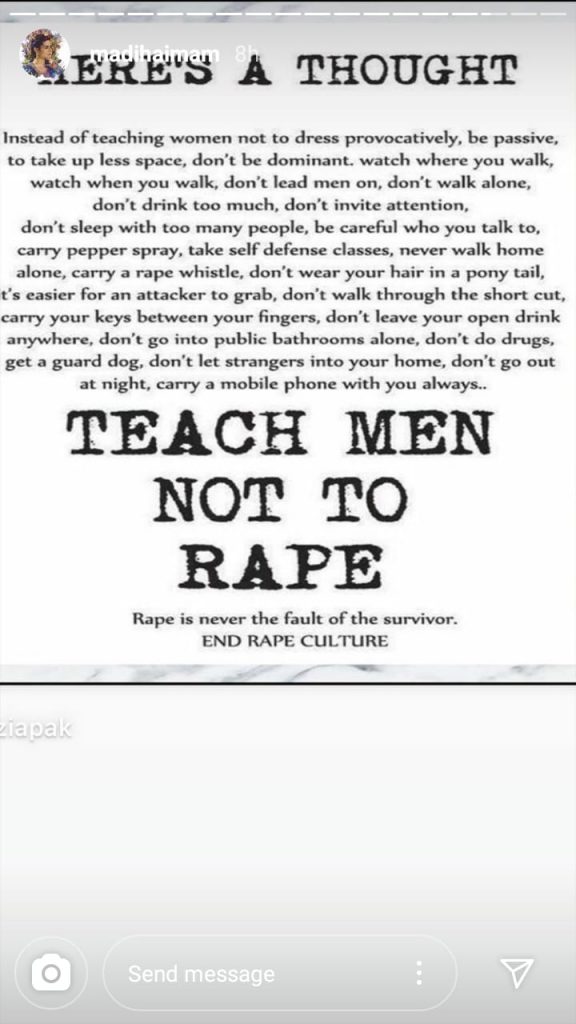 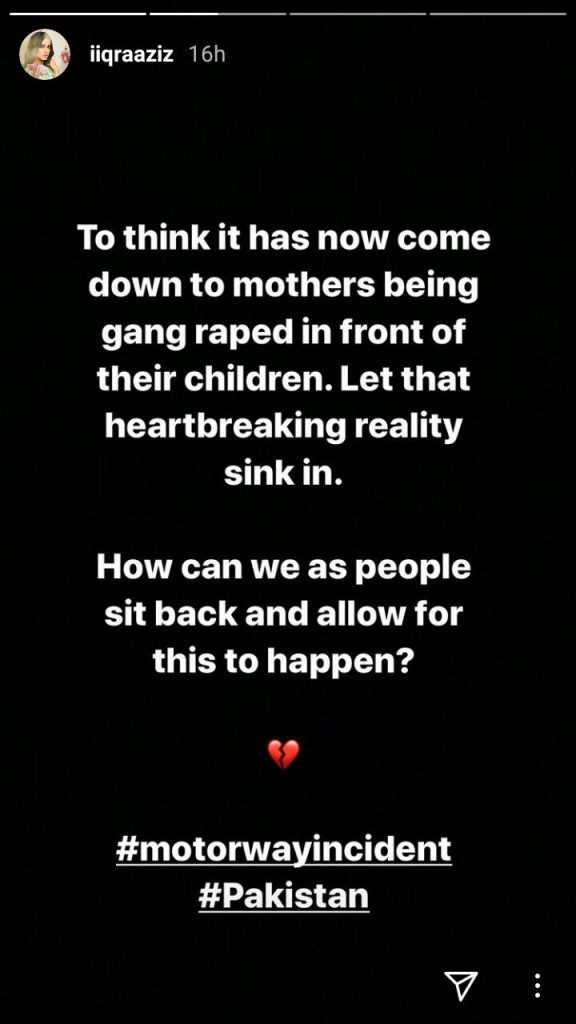 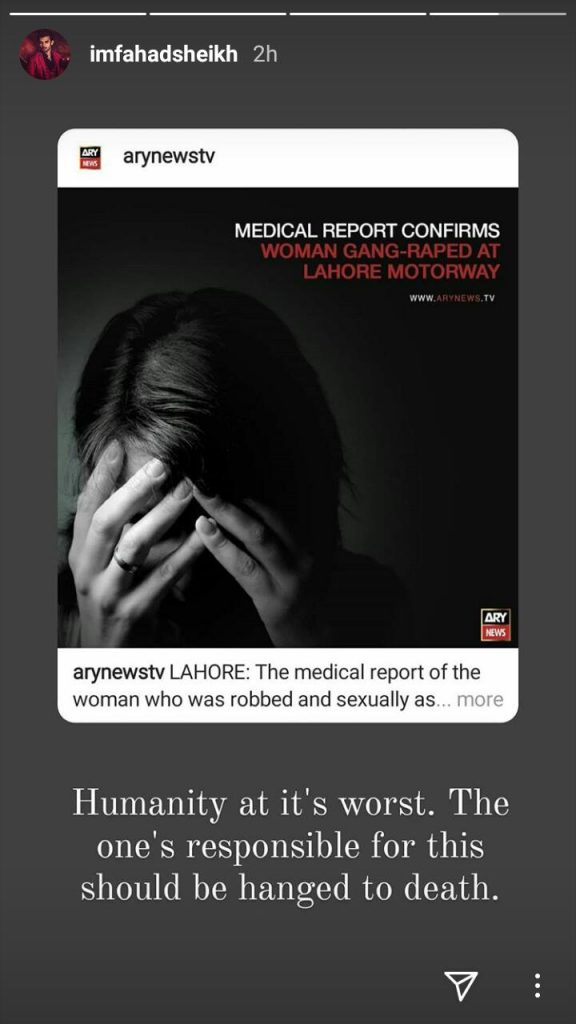 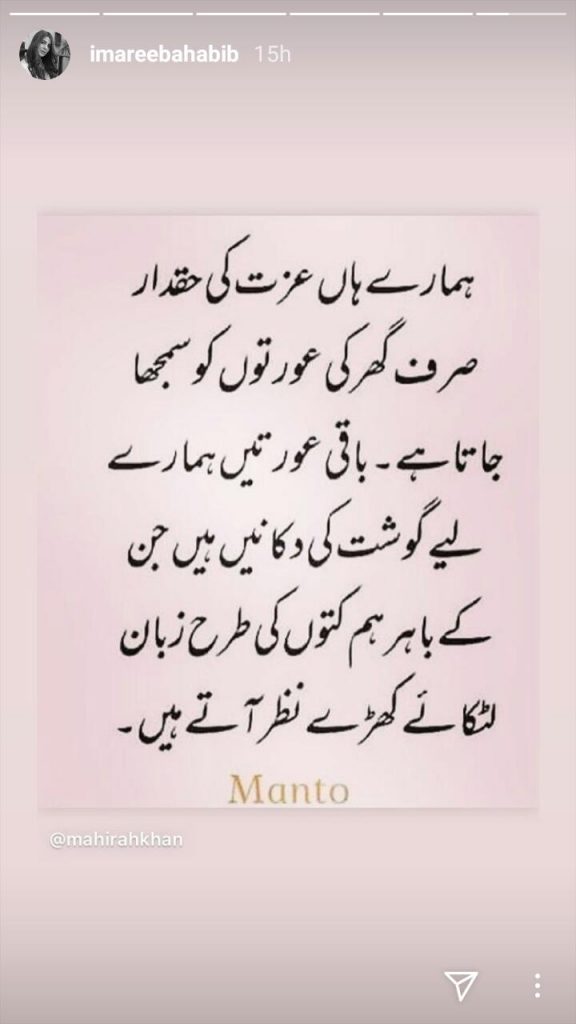 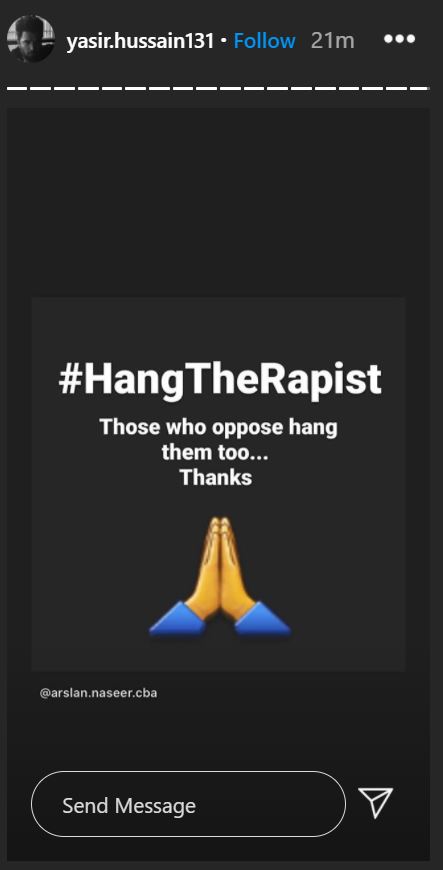 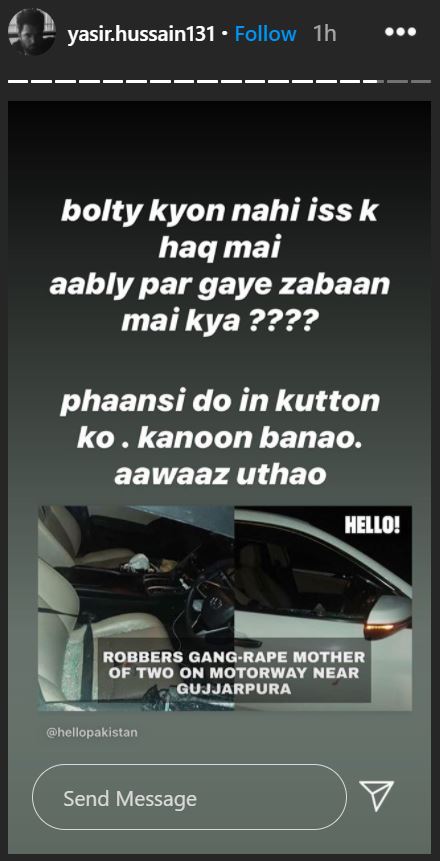 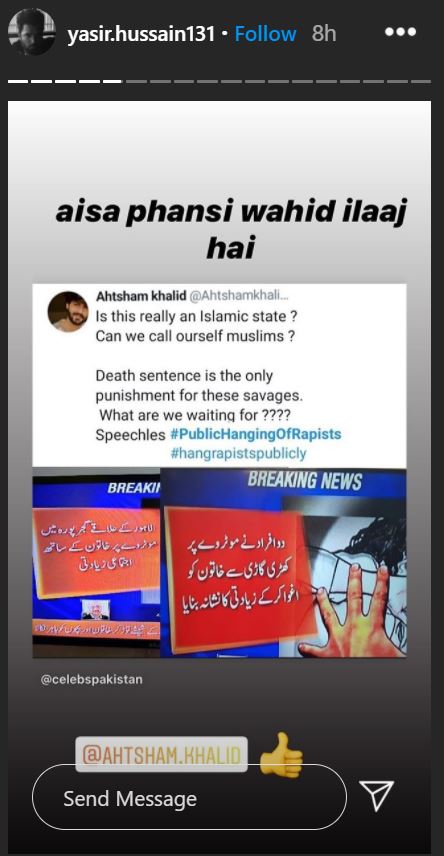 Hang them! Kill them! Publicly shame them! – It won’t change a thing. The problem is so deeply ingrained within our society,so deep rooted that even the officer said – ‘she shouldn’t have left at that time. This is the way our society is’. We are immune to it. We are ok with it. Why should we accept this mindset? Why should we question the victim yet again and not the those who commit the crime? ہمارے ہاں عزت کی حقدار صرف گھر کی عورتوں کو سمجھا جاتا ہے۔ با قی عورتیں ہمارے لیئے گوشت کی دکانیں ہین۔

Hey Rapists,Real men don’t force themselves on anyone but you wouldn’t know that because you’re all weak,low life scum with microscopic genitals.And when you hurt our sisters & our children,then you hurt us all. Be scared,We are coming for YOU! #WeWillFindYou #WeAreComingForYou

Despite 100’s of children, men& women being raped almost everyday our officials still think its the victim’s fault?for how long do we plan to keep this ‘victim blaming’ mentality instead of catching & sentencing the culprits in order to set an example for anyone who dares to

Numbed, outraged, horrified. We have failed women as a nation. This MUST stop. Make them feel safe. @ImranKhanPTI #motorwayincident #PublicHangingOfRapists

One day it’s a 5 year old child. The other, a 4 month old baby. Today it’s a transgender activist, who was asking for protection a year ago. What do we have to say about ourselves as a nation. We can’t protect anyone. Except our egos. #JusticeforGulPanra

A newborn baby was RAPED. A cat was RAPED. A mother was RAPED. A 6-year-old child was RAPED. It is time for us as a nation to SPEAK UP! It is now or NEVER! #PublicHangingOfRapists #hangrapistspublicly

Shocked beyond belief and extremely distressed to learn about this incident https://t.co/R2kj6L3N9M

Every time a child is raped & killed, a woman is raped & beaten, we talk of their honour being compromised. NO. The survivor has nothing to be ashamed of, it's the predator, the criminal, who had neither shame nor honour to begin with. The way we speak about things is important🙏🏽

– I will always count on your statement that Pakistan will be “Riasat e Madina” and if you don’t hang these monsters raping and killing children and women in the open nothing can ever be changed … just make one example. Public execution is what I demand @ImranKhanPTI

The irony that I tweeted "im okay with this" to a video of a rapist being stoned to death an hour prior to news of mother raped in front of children on motorway & 2 days after news of 5yr old Marwa shows how deep in trouble we are as a society.

Mother of two gang raped in front of her kids (she’d run out of gas on the motorway). Two men broke through her windows, dragged her into the bushes to brutalise her. pic.twitter.com/ZzluWbeoPF

Please investigate this as well:

'She called the Motorway Police's emergency helpline 130 for assistance. However, she was told by the operator that she could not be provided help as the emergency beat had not been assigned to anyone.' https://t.co/kEAKIEFX0p