Amanullah Khan is a Pakistani television stand up comedian and actor. He is considered as one of the best comedians in Pakistan. He made a world record of 860-day and night theater play. 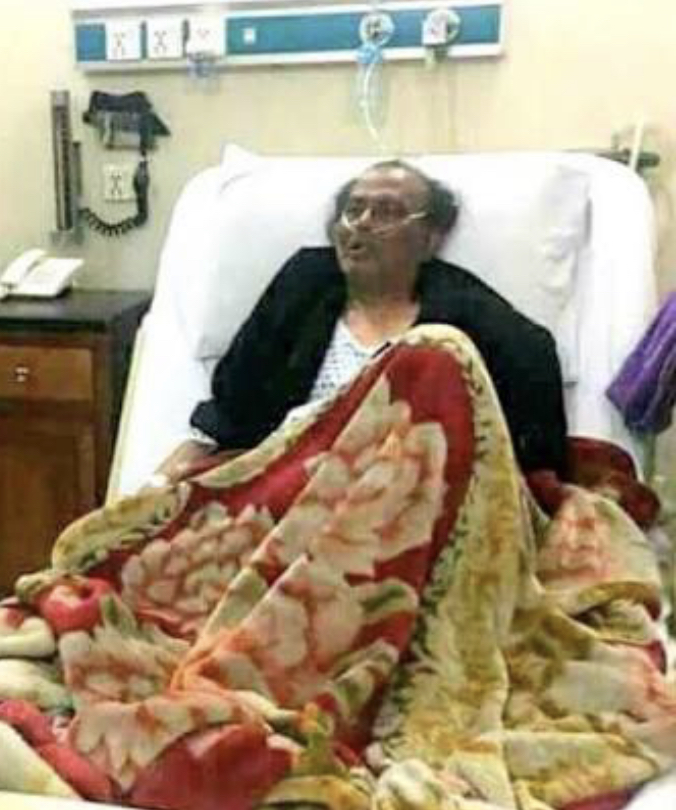 Amanullah Khan, who is a part of the Duniya News program Mazaaq Raat was suffering from a critical chest infection. He underwent the treatment at ICU however, the comedian is fine now and has been shifted to the ward.

Several celebrities extended prayers for the early recovery of Amanullah.

Have a look at them. 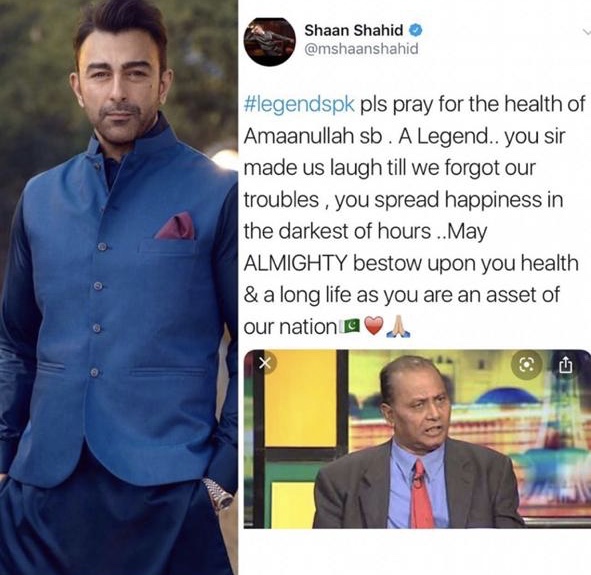 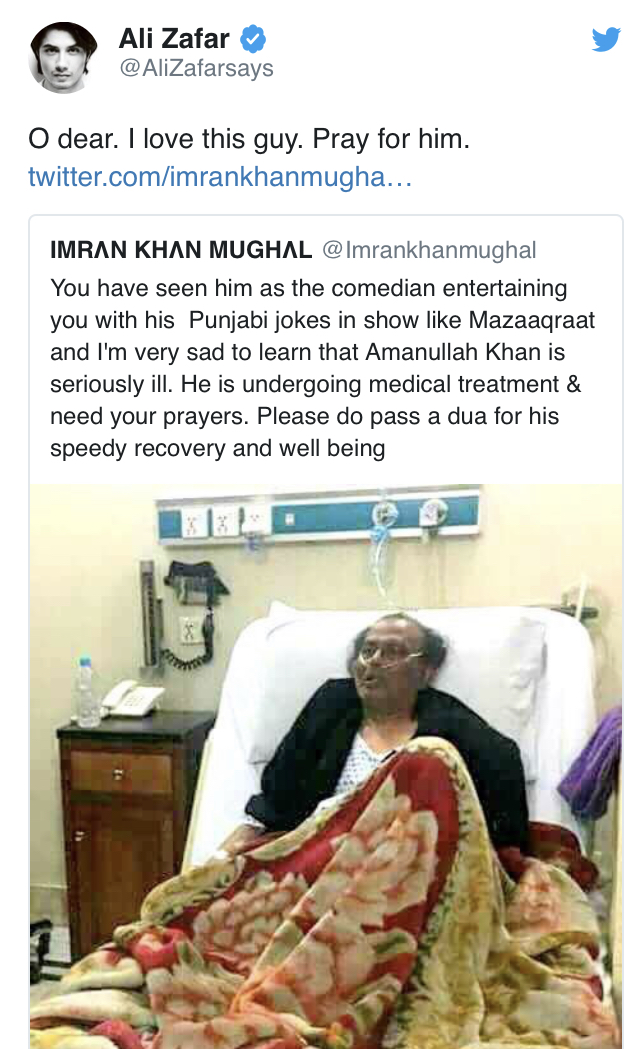 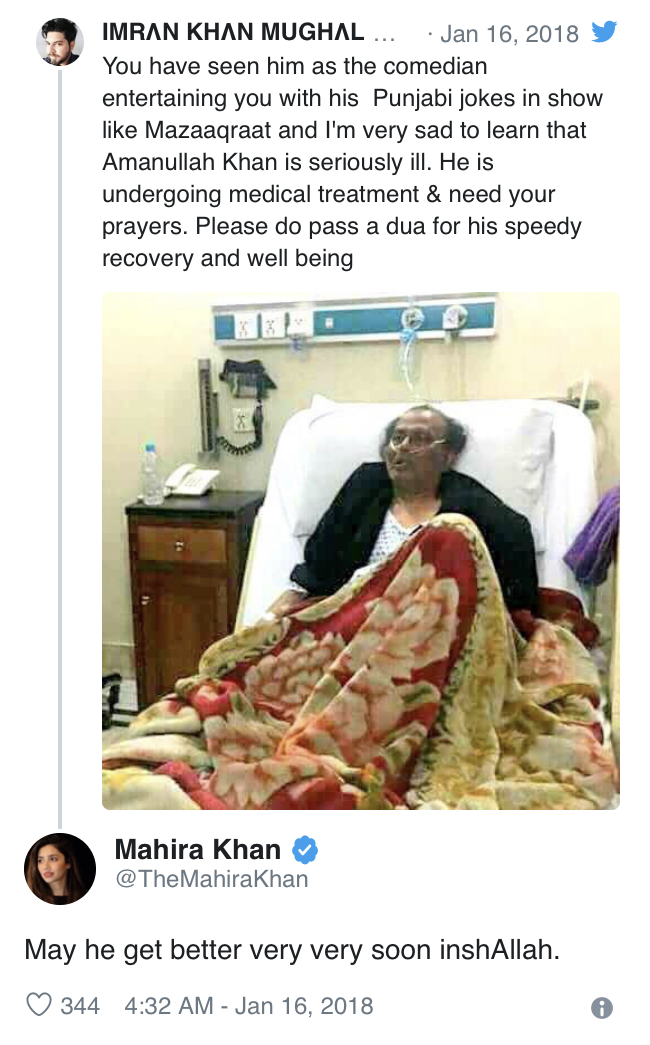