Celebrities Stand In Solidarity With Kashmir

Pakistan has always stood by the people of Kashmir, not just to respect humanity but also due to brotherhood that we Muslims share.

Considering the ongoing dispute between Pakistan and India over the situation of Kashmir, Pakistan has banned almost every kind of Indian representation in Pakistan.

Prime Minister Imran Khan has called every Pakistani to come out today at 12 for thirty minutes to stand in solidarity with Kashmir and against Indian fascist oppression. 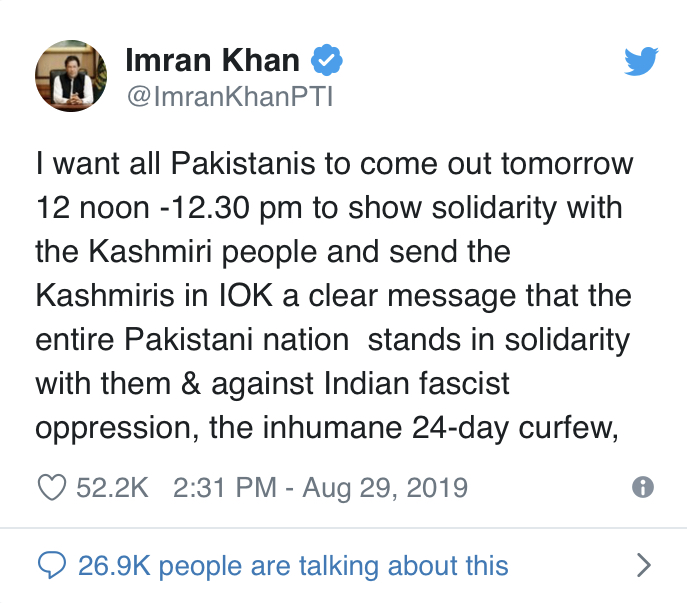 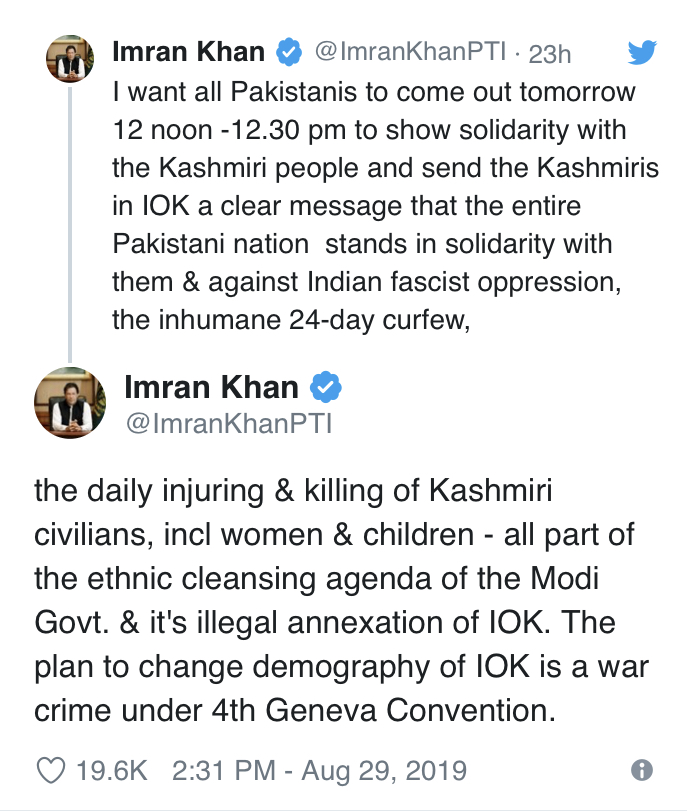 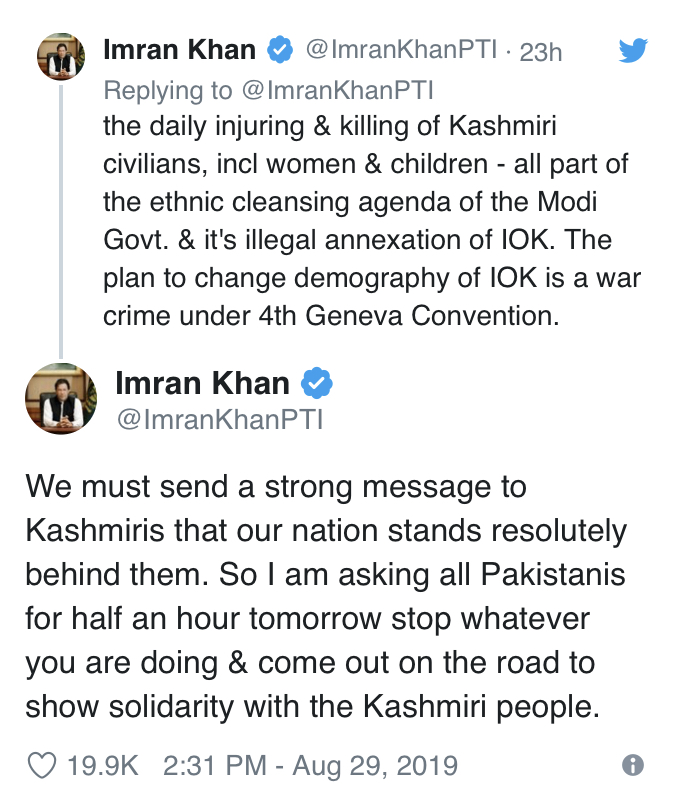 Celebrities have come out to spread the message and called their followers to join them at different locations.

Shahid Afridi called his fans to join him at Mazar-e-Quaid. 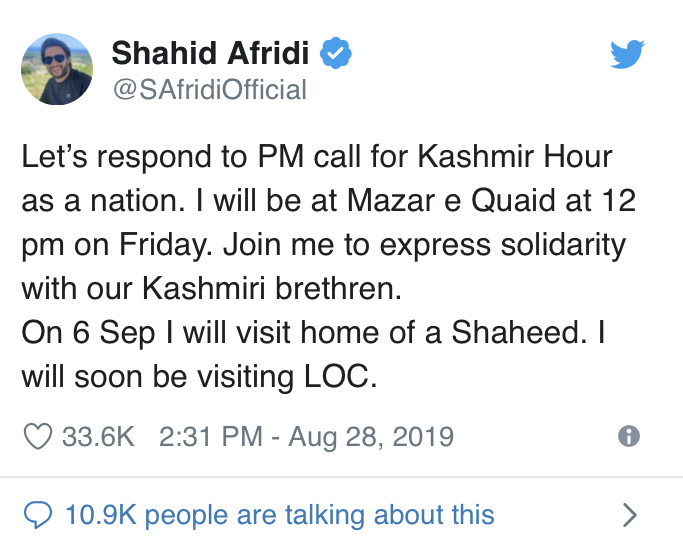 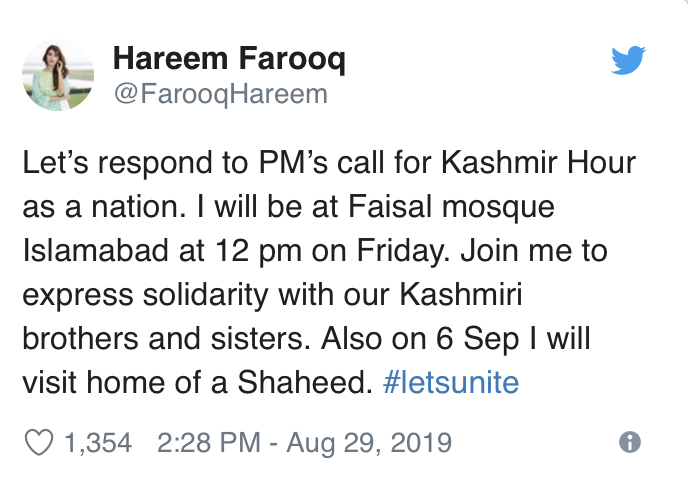 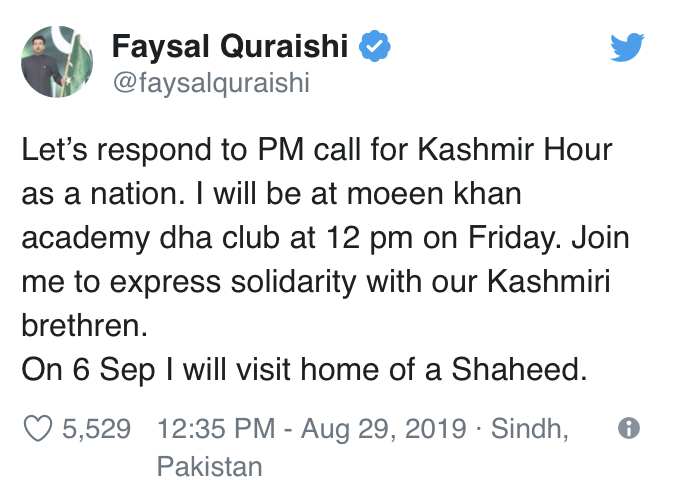 Other celebrities who came out for this cause were Humayun Saeed, Sami Khan, Bilal Ashraf, Farhan Saeed, Ali Rehman, Shaan Shaid and Mawra Hocane. 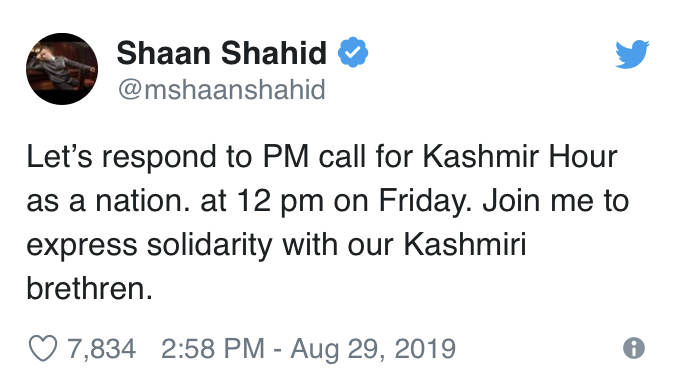 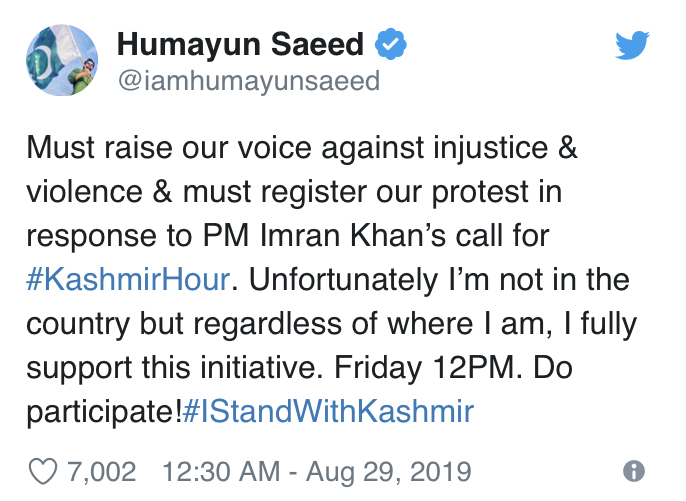 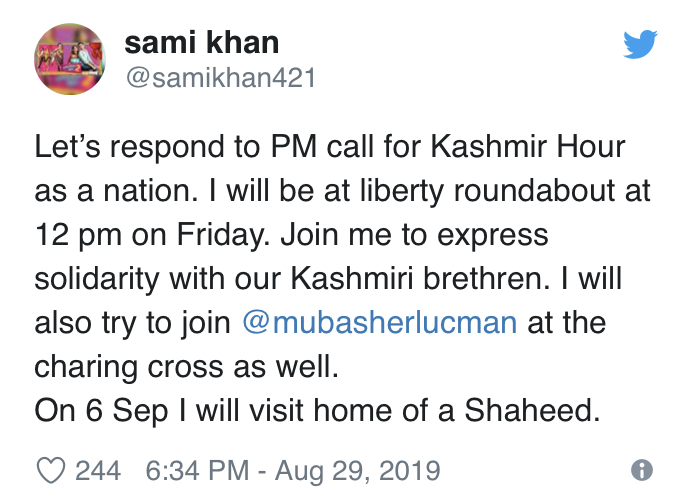 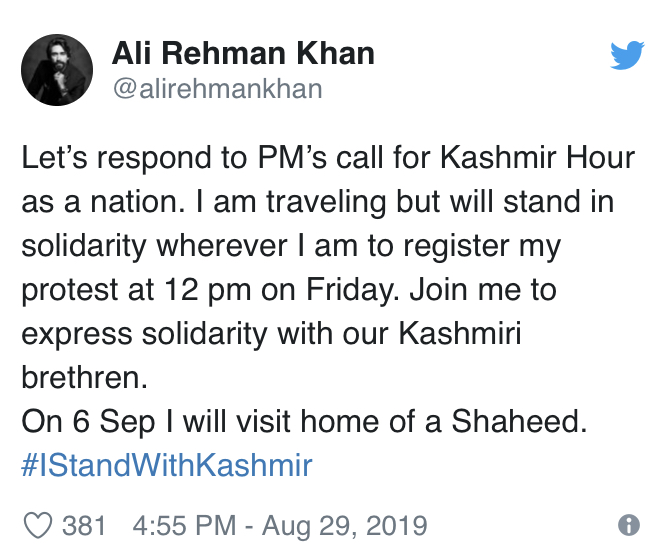 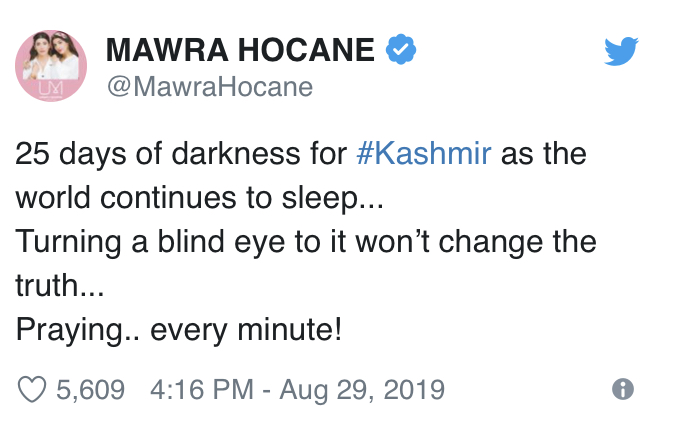 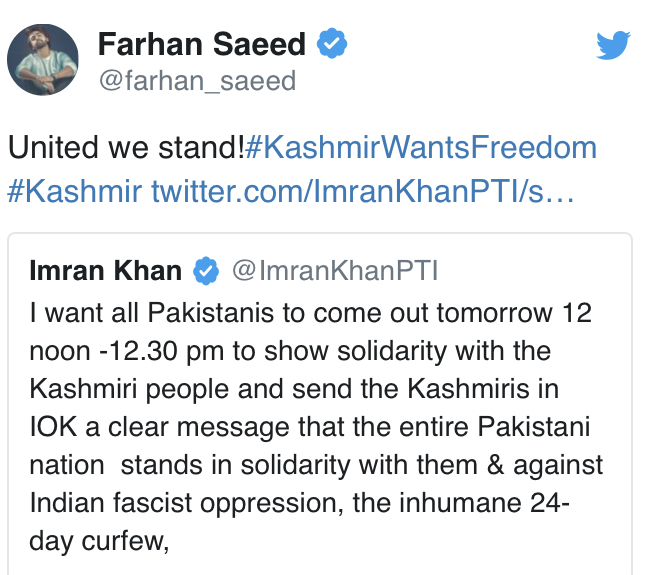 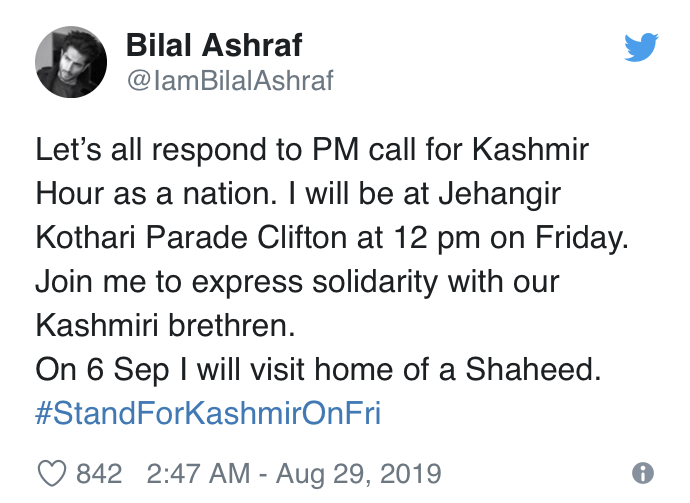 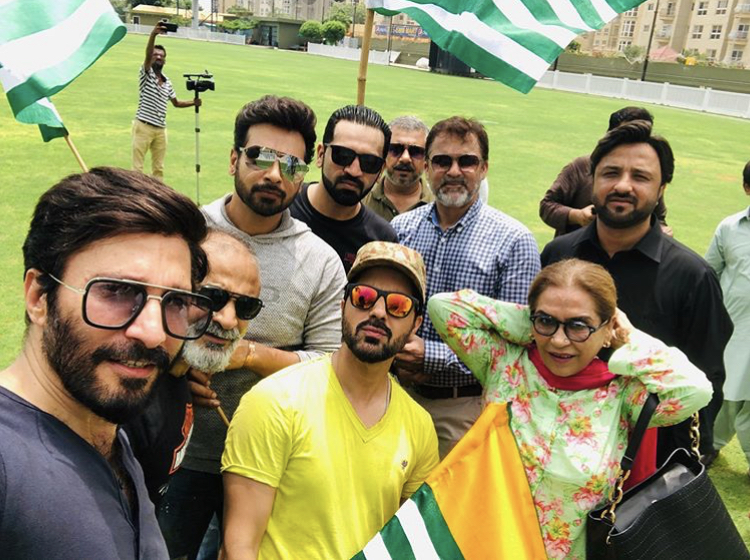 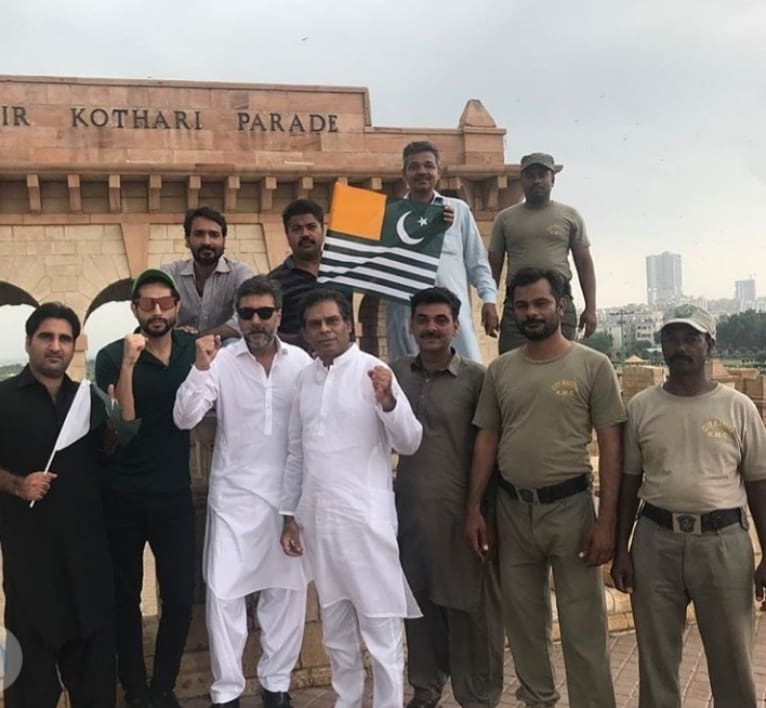 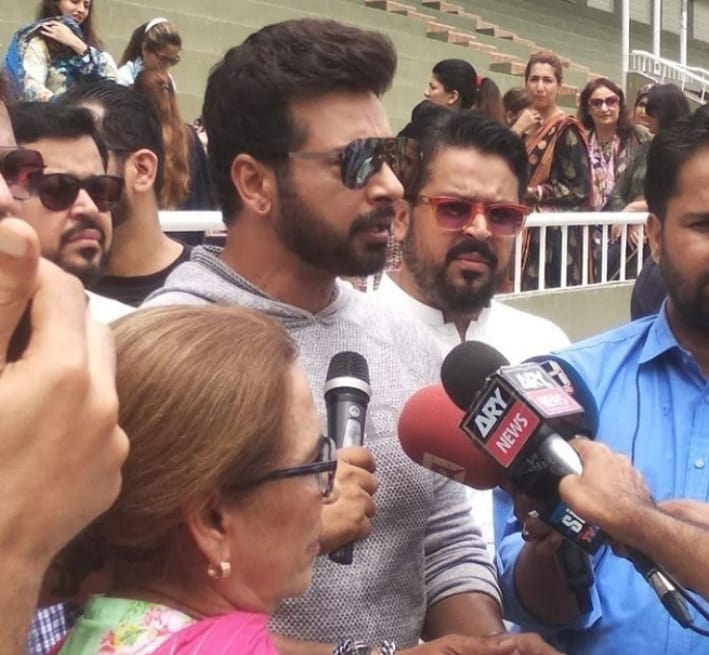 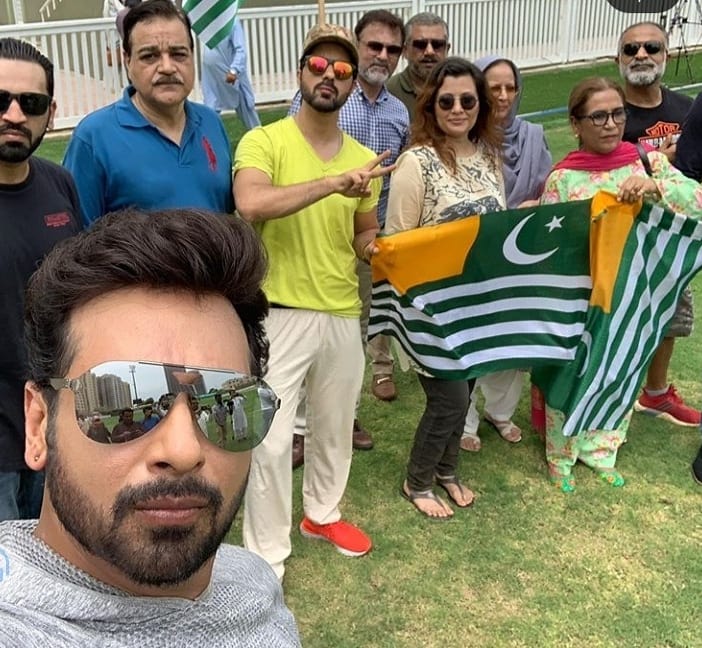 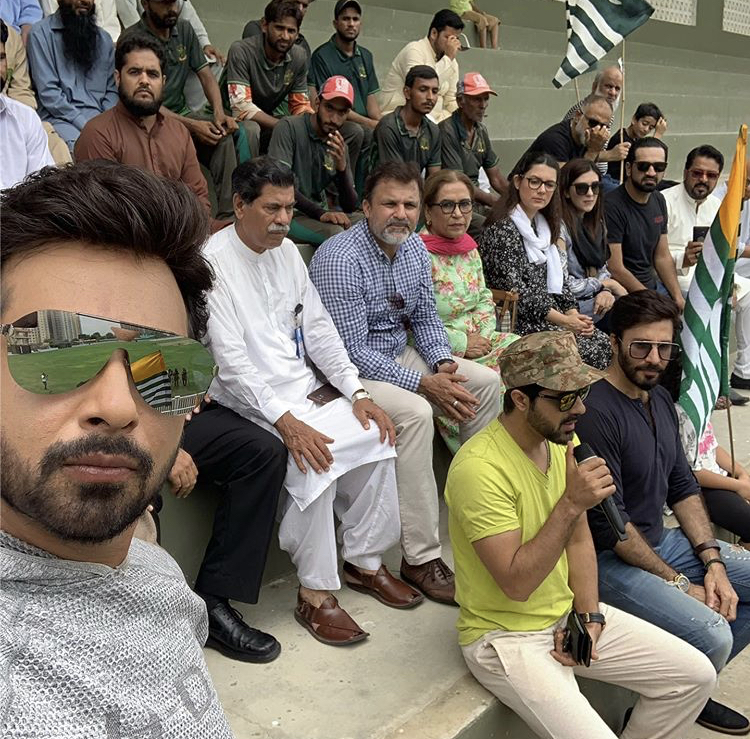