Ayeza Khan is a massive name of our media. Khan began her career as an actress at the age of 18, making her debut with a supporting role in the romance  Tum Jo Miley, that aired on Hum TV.  After supporting roles in several television series, she appeared as leading actress in the Geo TV romantic drama Tootey Huwey Per. She later established herself as a leading actress in Pakistan with several roles in the drama Aks, the romantic drama Kahi Unkahi, and Adhoori Aurat, the family drama Mere Meherbaan, and the tragic romance Tum Kon Piya, all of which garnered her wide recognition. Her performance in the 2014 social drama Pyarey Afzal earned her critical acclaim and Lux Style Award for Best Television Actress. Her performance in the 2019–20 romantic drama Meray Pass Tum Ho earned her critical acclaim and Pakistan International Screen Awards for Best Television Actress. 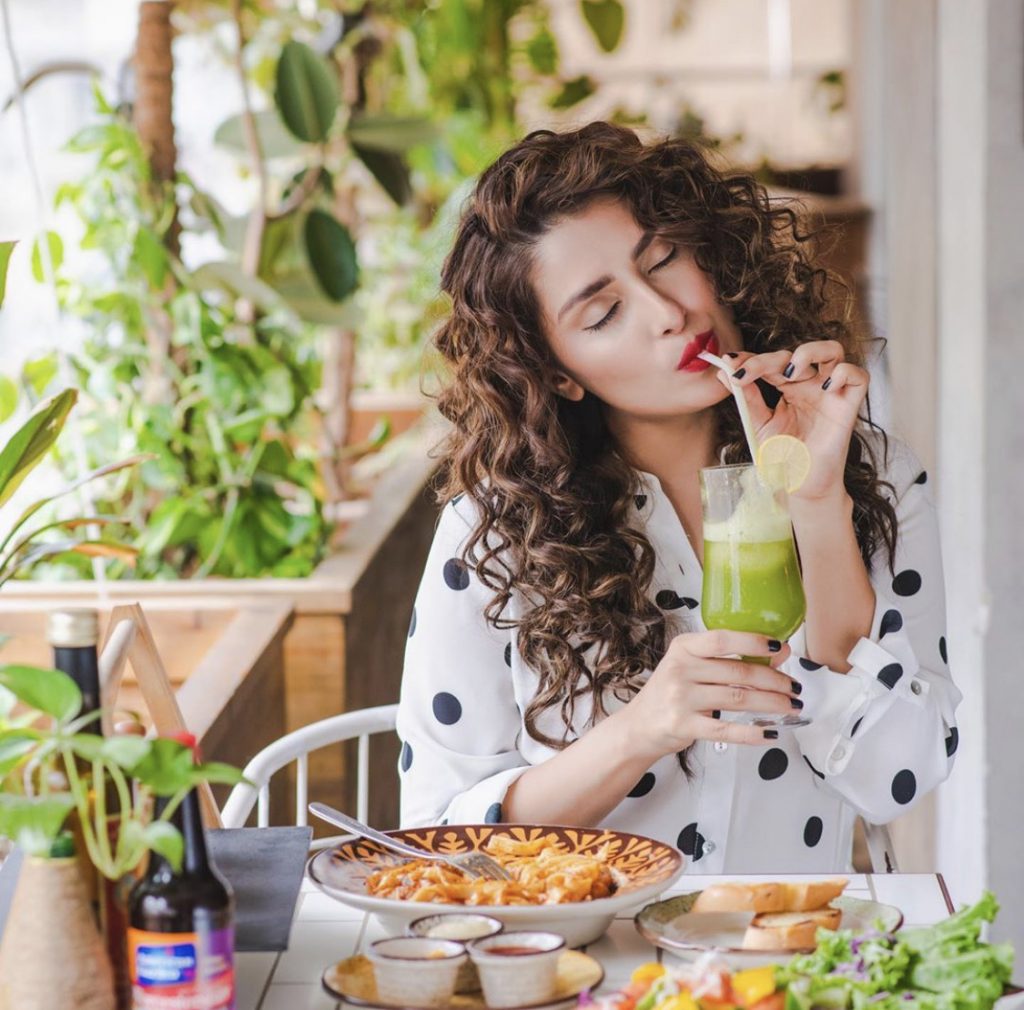 Her off-screen roles include duties as a brand ambassador for several products.

Here we have gathered some childhood pictures of Ayeza Khan. Let’s have a look: 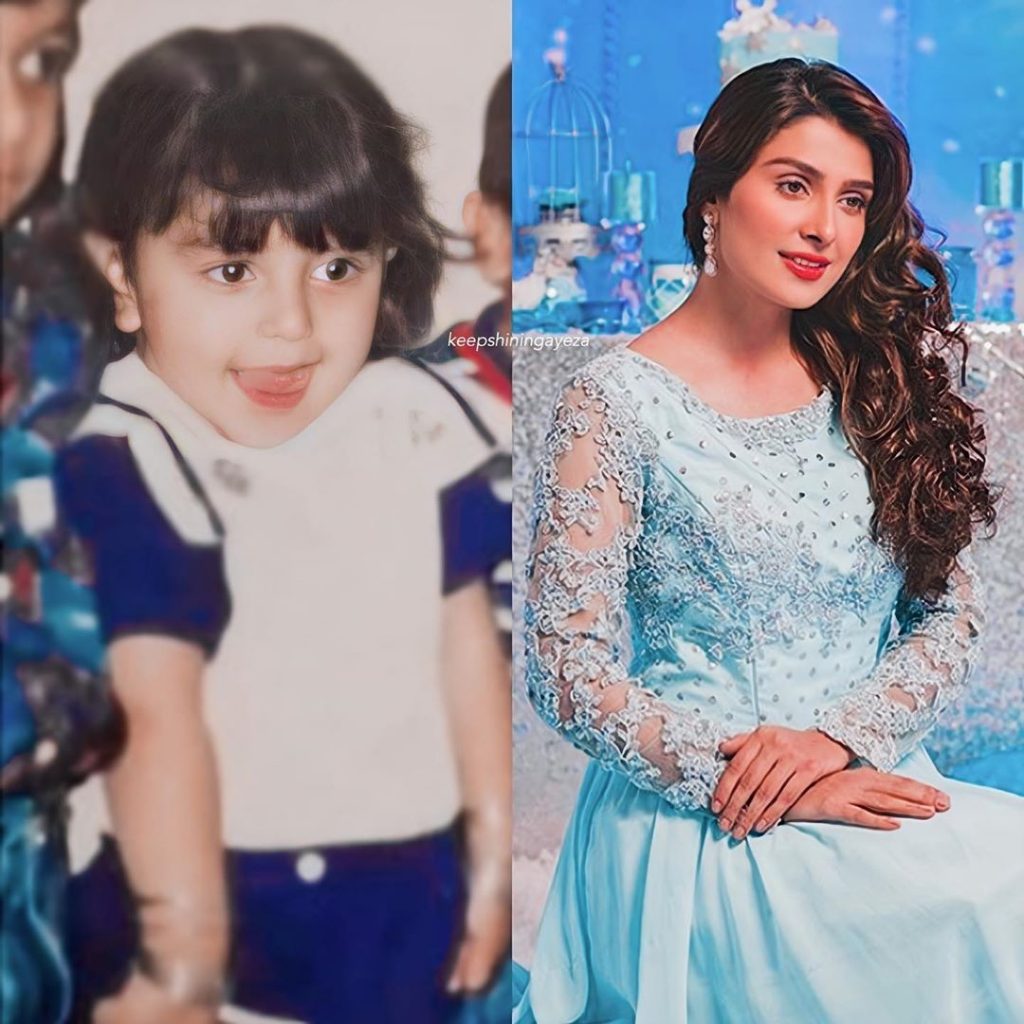 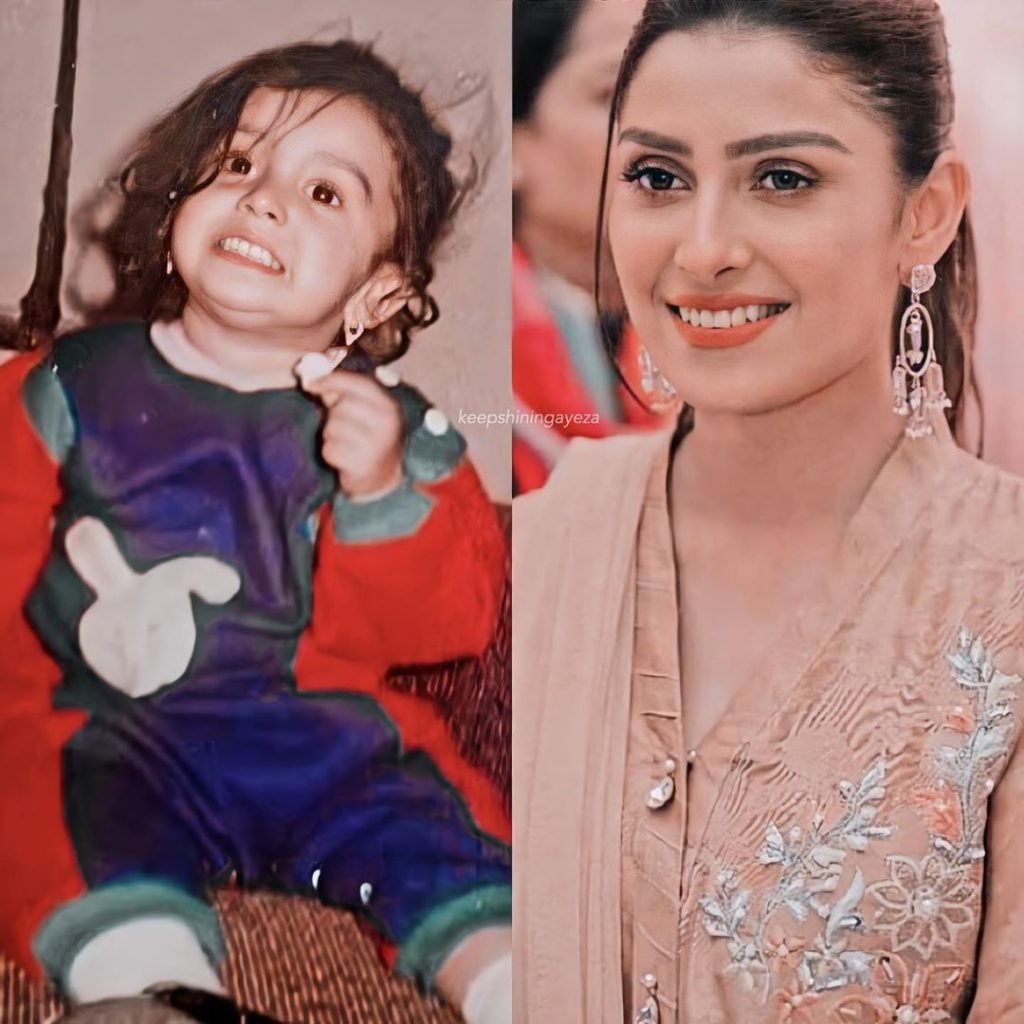 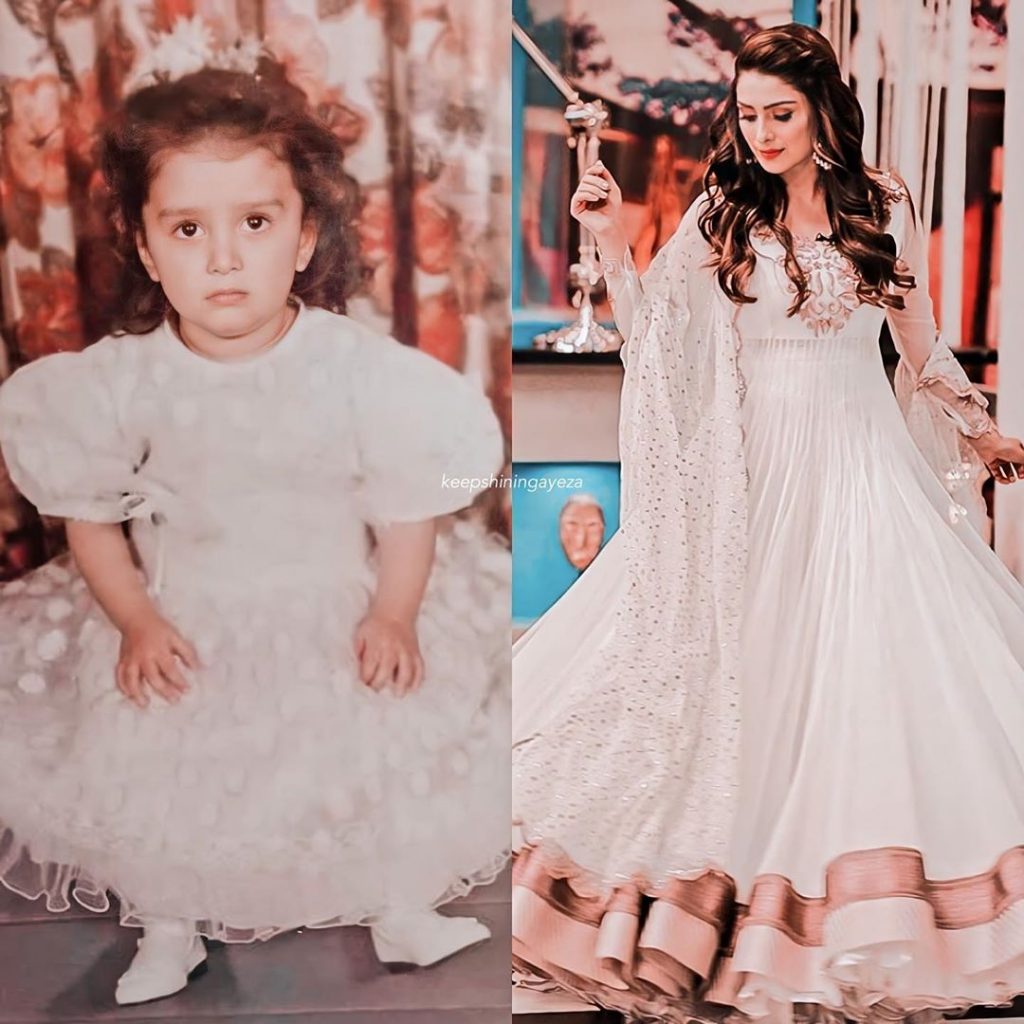 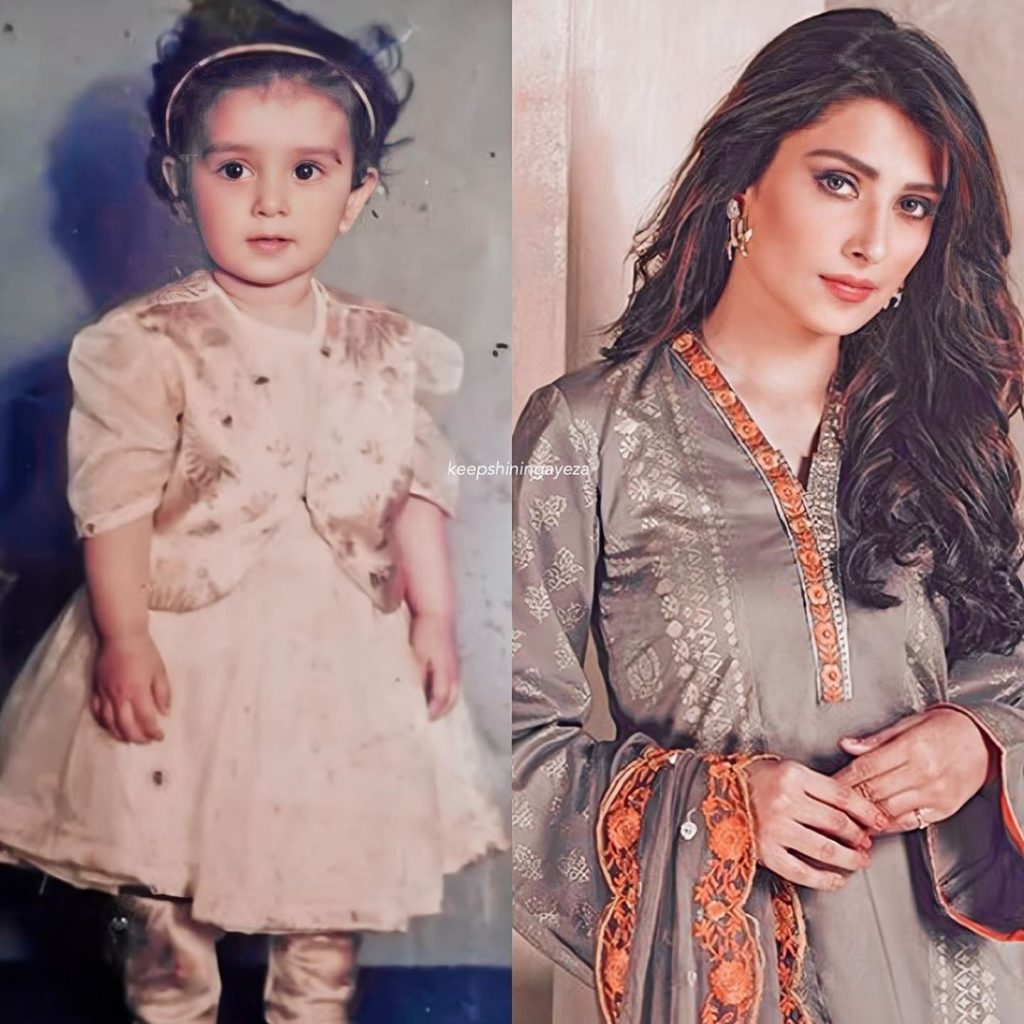 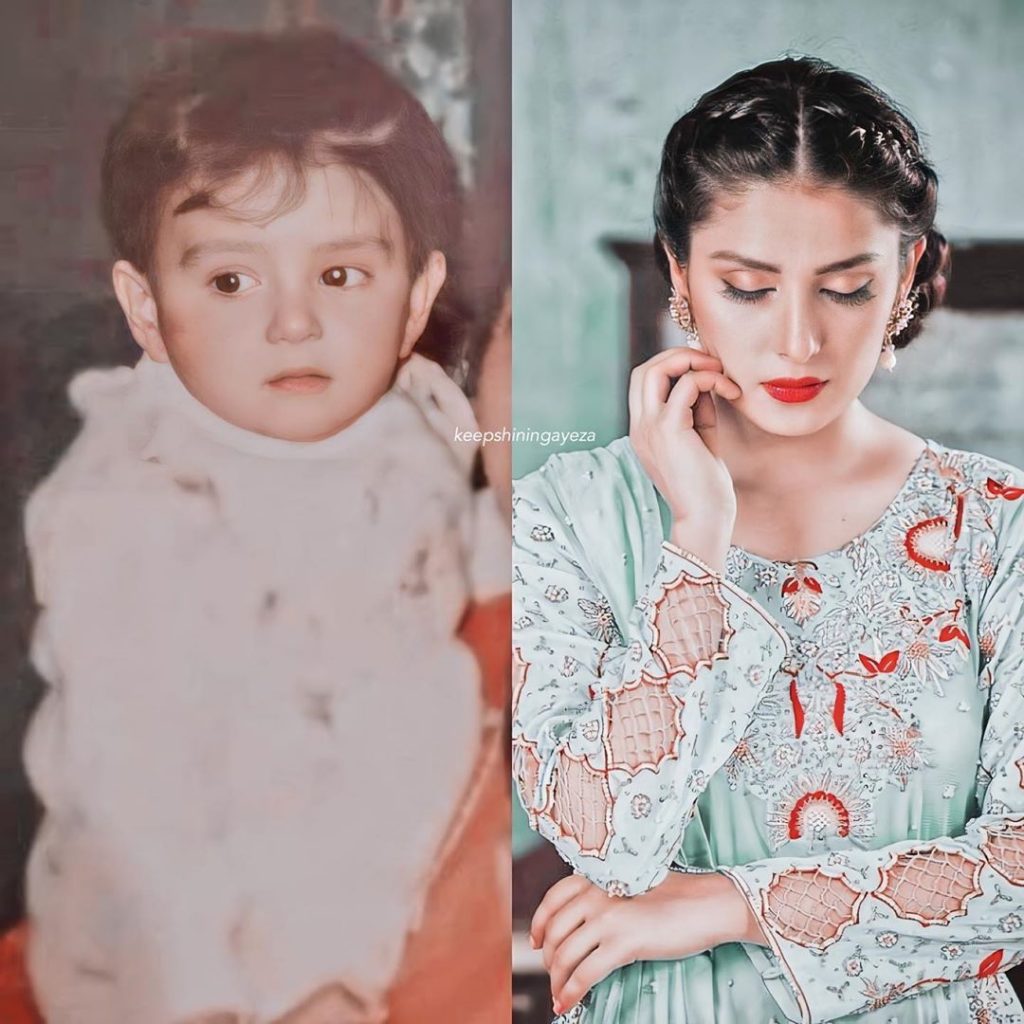