No one can deny the fact that even nowadays when there is abundance of Pakistani dramas and private channels which air these dramas, most of the scripts still revolve around love stories. While there are few writers who managed to break free from clichés and gave their viewers love stories and characters which were not stereotypical, there were many more who relied heavily on the usual formulas which were a product of clichés. Every love story should technically be somewhat different but when the writers start banking on ideas which already exist in the hope that the viewers will find it easier to connect to them as opposed to something new, because of which sometimes it results in the form of dramas which are neither unique nor entertaining. These love stories have done-to-death written all over them which kills half of the fun and sadly, we see an influx of these cliché-ridden love stories despite the strong objection of the viewers against them.

We have compiled a list of clichés our drama writers used excessively in love stories of recent times. These are shortcuts which make everyone’s jobs easier. The writer does not have to do a lot of thinking, the producers stick to the formula and gets the TRPs he wants and the actors don’t have to put in a lot of effort into these done-to-death scenes. Our drama makers have used these clichés with so much confidence that it makes you wonder if they live in a world different from ours in which all “love” stories are the same!

That one scene in which the hero looks at the heroine and falls in love instantly is part of every other love story. This scene is usually shown in slow motion with the OST playing in the background! Sometimes this feeling is mutual and at other times it is the man alone who falls in love with his khawabon ki shehzadi! Our writers have used falling in love at first sight with someone as a convenient option in order to avoid developing a strong bond between the leads gradually. This is usually the most convenient way to start a love story!

Class difference is very often used in love stories to take the story forward sometimes to create a yeh shadi nahi ho sakti scenario and at other times to make the heroine or hero’s life hell after marriage. Some of our writers strongly believe that two people who come from different financial backgrounds can live a problem free life together! Also, sometimes the only reason why every other girl wants the hero is that he is rich! 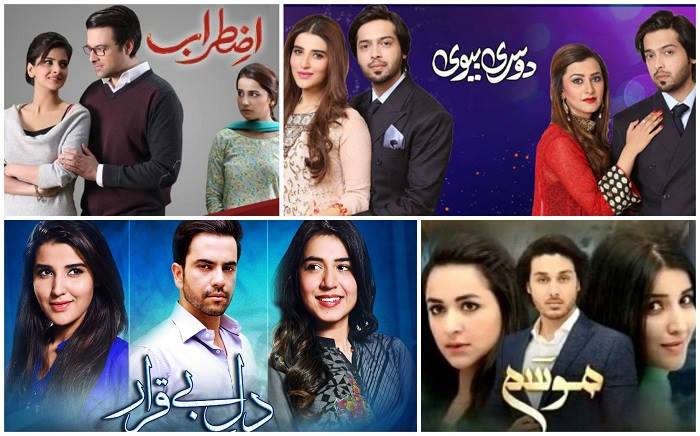 The Way To A Man’s Heart Is Through His Stomach

Yes! This is the most annoying one because watching these intelligent and enlightened men falling for women only because they can make perfectly gol rotis makes you wonder how all the women in the world who cannot cook find men who love them for who they are. Also, in almost every other drama, this aspect is emphasized upon the most that the girl who puts an effort into cooking can win a man effortlessly, irrespective of him being single, married or divorced!

Men Can Be Forgiven For Everything

We have seen men treating the women in their lives like trash in our dramas but these women continue “loving” them unconditionally. Even if a woman leaves the man who mistreats her and cheats on her, all it takes is an apology and most often he is forgiven for everything. Not only this but a man never pays for his mistakes in our dramas, the way a woman does.

Slap Is The Only Way To Tame Your Beloved

The couples who get married after falling in love each other often reach a breaking point where it becomes necessary for a husband to slap his wife while conveniently forgetting that in stead of using his hand so callously he also had an access to logic and wordings with which he could’ve conveyed his message. It is ironic that these days, no love stories are free from domestic violence, which force the viewers to think if there ever was ‘love’ to begin with between this star-crossed couple? 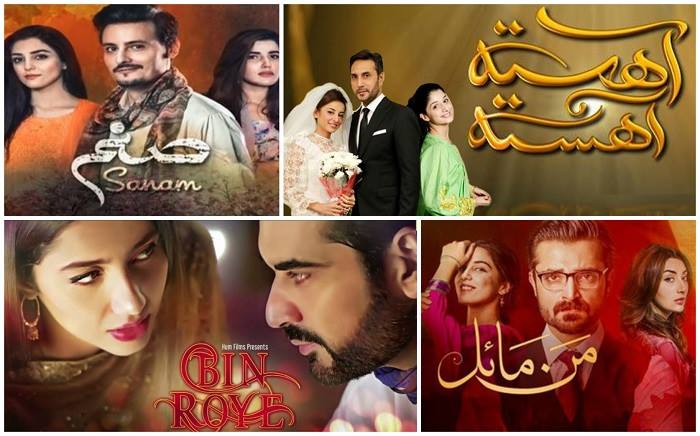 We have come across so many ‘love’ stories where a man happily or sadly married feels the need to get married again and the moment he signs his Nikkah papers with his second wife, he starts seeing all the things that were missing in his first wife. The writers make sure to develop the character of the first wife in such a way where the viewers are convinced that the ‘hero’ made the right choice by cheating on his wife and by choosing to get remarried.

Clothing Is Directly Proportional To a Girl’s Character

In love stories, the writers make sure to show that the girl clad in jeans has to be a negative character because it represents a girl who is modern, has no morality or ethics because she chooses to be different and doesn’t conform to the normal and ‘modest’ dress code chosen by the society.

Dupatta Acts Like a Leash To Pull The Hero

In our dramas, Dupattas and Shalwar Kameez are left for dukhyari bibis who only wrap the dupattas around their body and a scarf on their head till they land themselves a man of their dreams and just when that happens, we see a drastic change in the dupatta positioning on the body, where most of the times, the dupatta is thrown out of the window as if it never really existed in dukhyari bibi’s wardrobe!

Makeup Is Not For Good Girls

Mostly, a sharp winged eyeliner acts as a knife which tells how the girl wearing it is ready to kill everyone. Excessive makeup is used to portray that the girl has no self-control and is rebellious. On the other hand, the simpletons with neatly braided hair and 10 kgs of white wash acting as a fake noor on the face depicts that this particular girl is seedhi saadhi masoom bholi bhaali larki and the guy has to fall for her and not for the girl with a fiercely winged eyeliner!

Boyfriend Is Always Better Than A Husband

We often come across such couples who get married after falling in love but to add more twists to the story or in short, in order to generate more TRP’s, the same boyfriend-turned-husband ends up becoming intolerable for the girl who was just a few days ago head over heels in love with him. The love is thrown out of the window and they bicker over petty little issues because that’s all there’s left for the writers to write about and the directors to show to us. 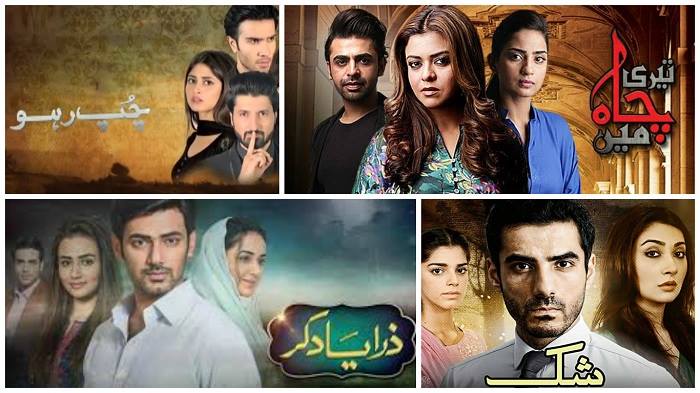 Unfaithfulness After Marriage Is a Must

It is not a secret anymore how the writers have mocked the sacred union called marriage and that is why, the best they come up with is to show how easy it is to fall out of love and the promise that you have just made to your partner and similarly, how easy it is to cheat on your spouse. It is sickening to see how the writers glorify insincerity and make it look like it is such an important part of one’s life and is one such adventure that everyone should experience at least once in their lives.

Bechara/Bechari Is Your Mr./Ms. Right

This has to be one such cliché which the writers rely heavily upon in almost all the love stories because they use someone’s ailing health as a plot twister to add the most unconvincing turn of events in the drama and also to drag the story further because everything comes to a halt when someone is acting to be on the death bed till they achieve what they want. A lot of times we have seen that if a mother wants her daughter to get married to a man she has chosen for her, she gets a heart-attack, if parents want their daughters to stay in an abusive marital relationship, they get a heart-attack & if the drama is at the brink of an ending, someone gets a heart attack in order to stretch the story further.

So, this is the list of clichés that we picked up which fill up all the love stories that are being shown to us in our dramas these days. It is ironic that the writers choose to revolve the love stories around these particular clichés making us wonder what has happened to their creativity or if they had any in the first place. Please feel free to add more clichés that you have noticed in the comments section below.