Humaira Arshad has received her first divorce from Ahmed Butt with mutual consent due to increasing misunderstandings between the couple. Humaira has also received the temporary custody of her only son till 23rd of September.

Humaira also said that , “Ahmad Butt tortured me in front of people, snatched my money, and kidnapped my child and as a result I had no other choice but to make marriage a public affair.

The couple was tied in a knot in the year 2004 and now the marriage will break as Humaira will receive the other two divorce in upcoming days. 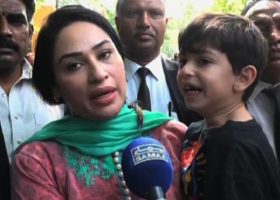