Cute Baby Ahmed Shah as a Pirate in Jeeto Pakistan

Ahmed Shah became a sensation after Mera Basta Wapis Karo video went viral. The kid was all over the social media with many custom making companies printing stuff with his face on it. He entered the mainstream media when he was invited to Nida Yasir’s show and now he is a regular on ARY this Ramadan season. We have seen him in the Ramadan transmission and he was also spotted at Jeeto Pakistan when Neelum Muneer and Ahmed Shezad came as guests.

He was wearing a cute pirate outfit as he rode a bicycle on the sets. Here check out the pictures: 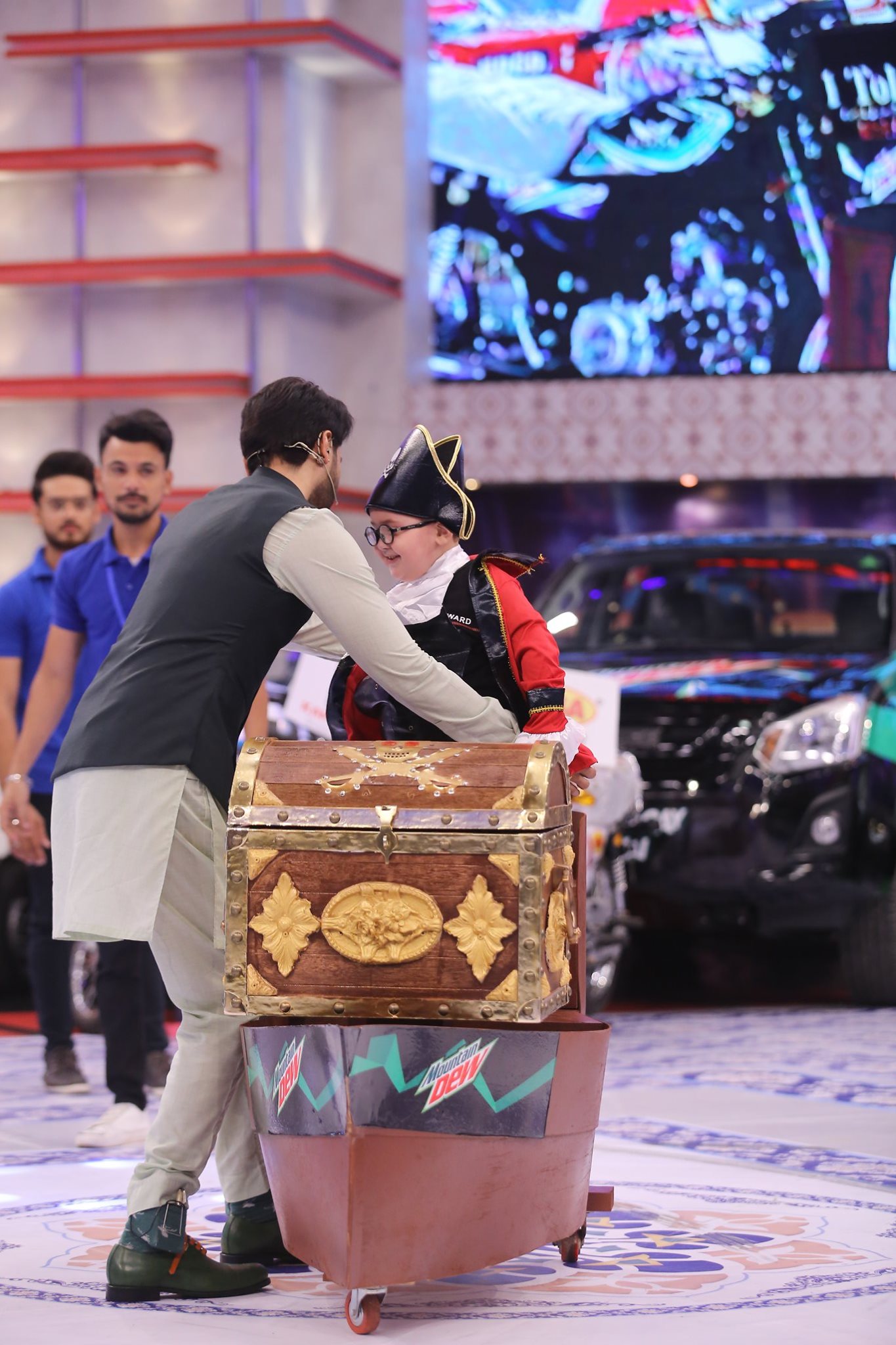 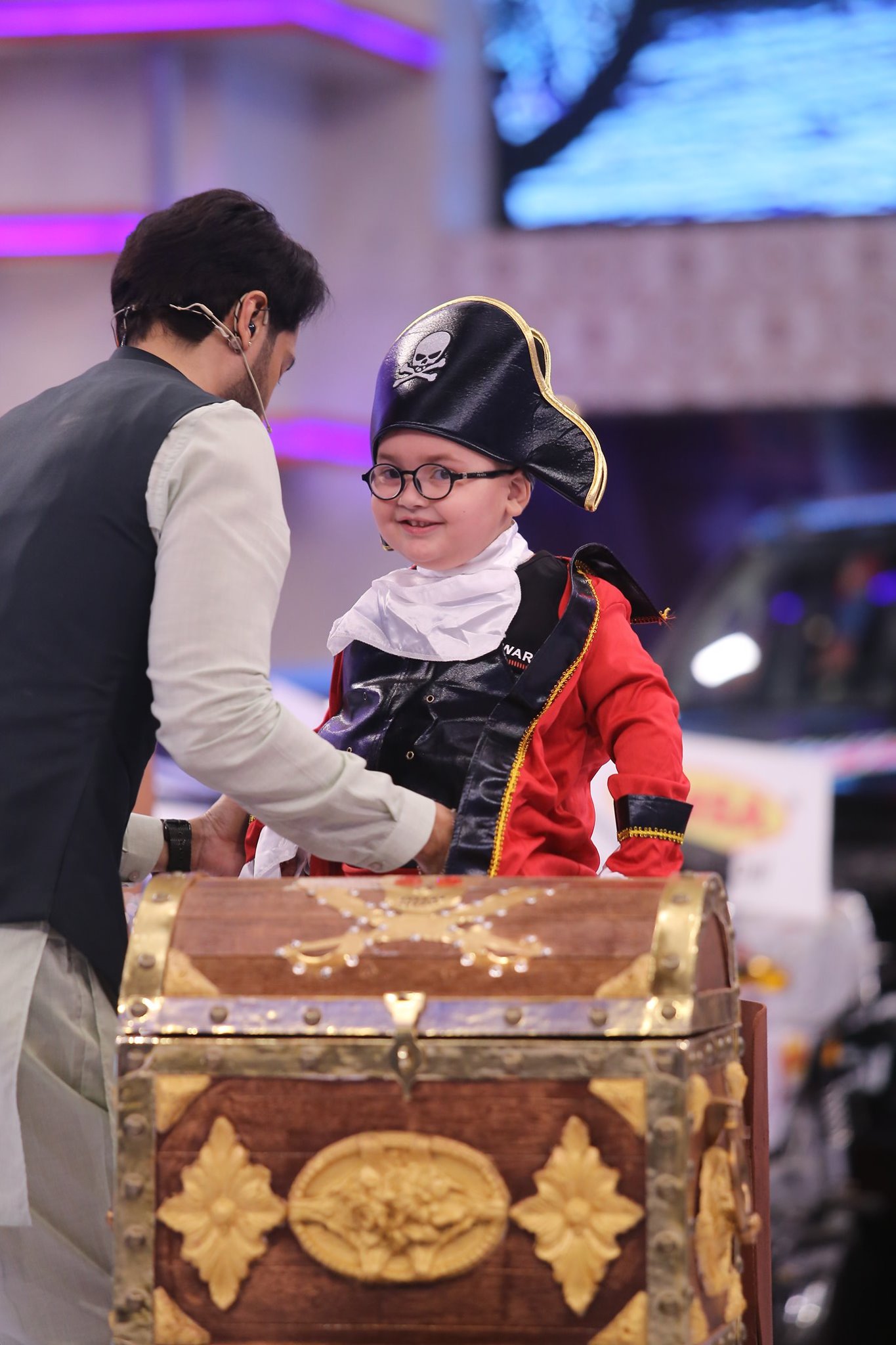 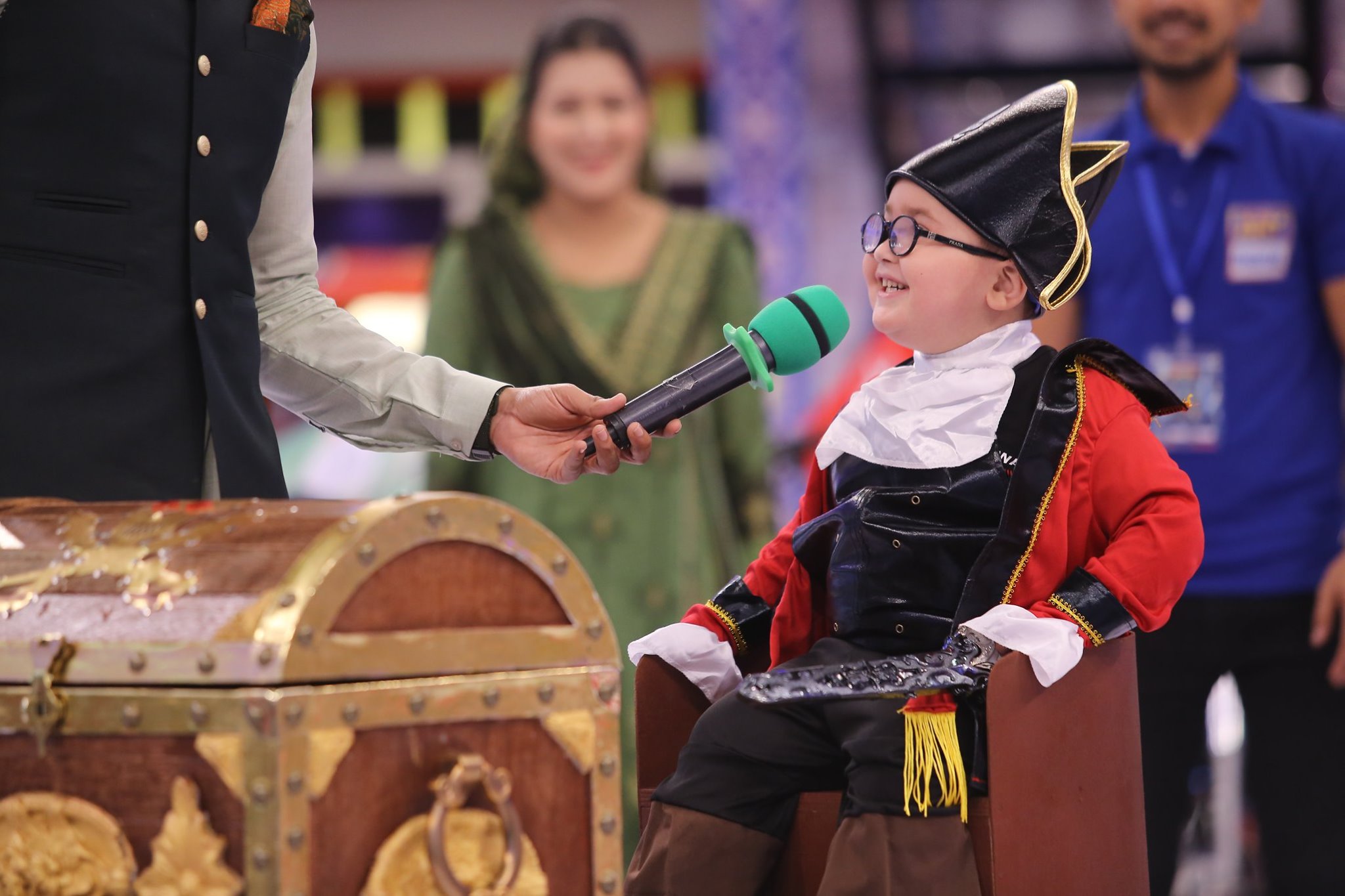 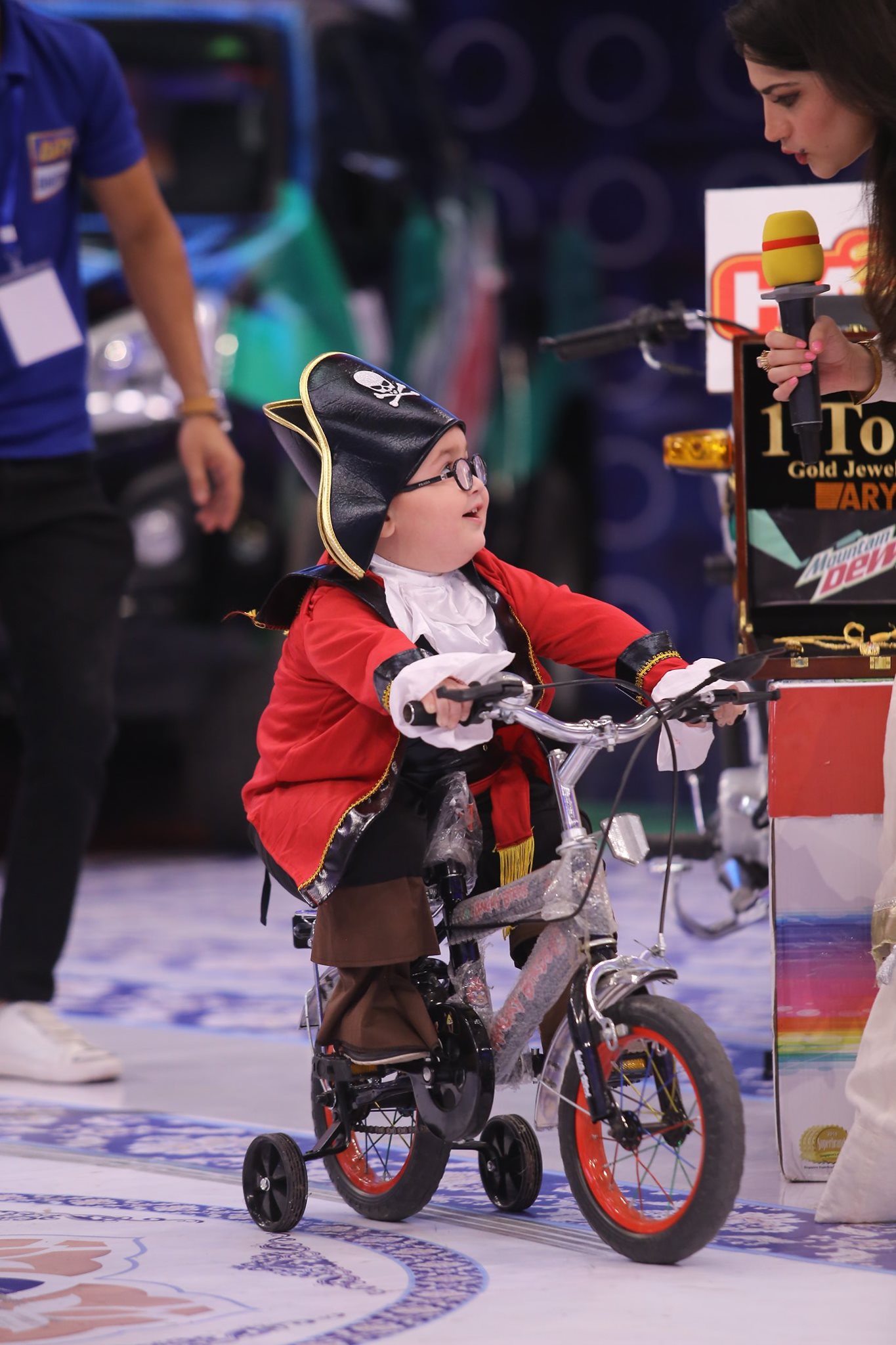 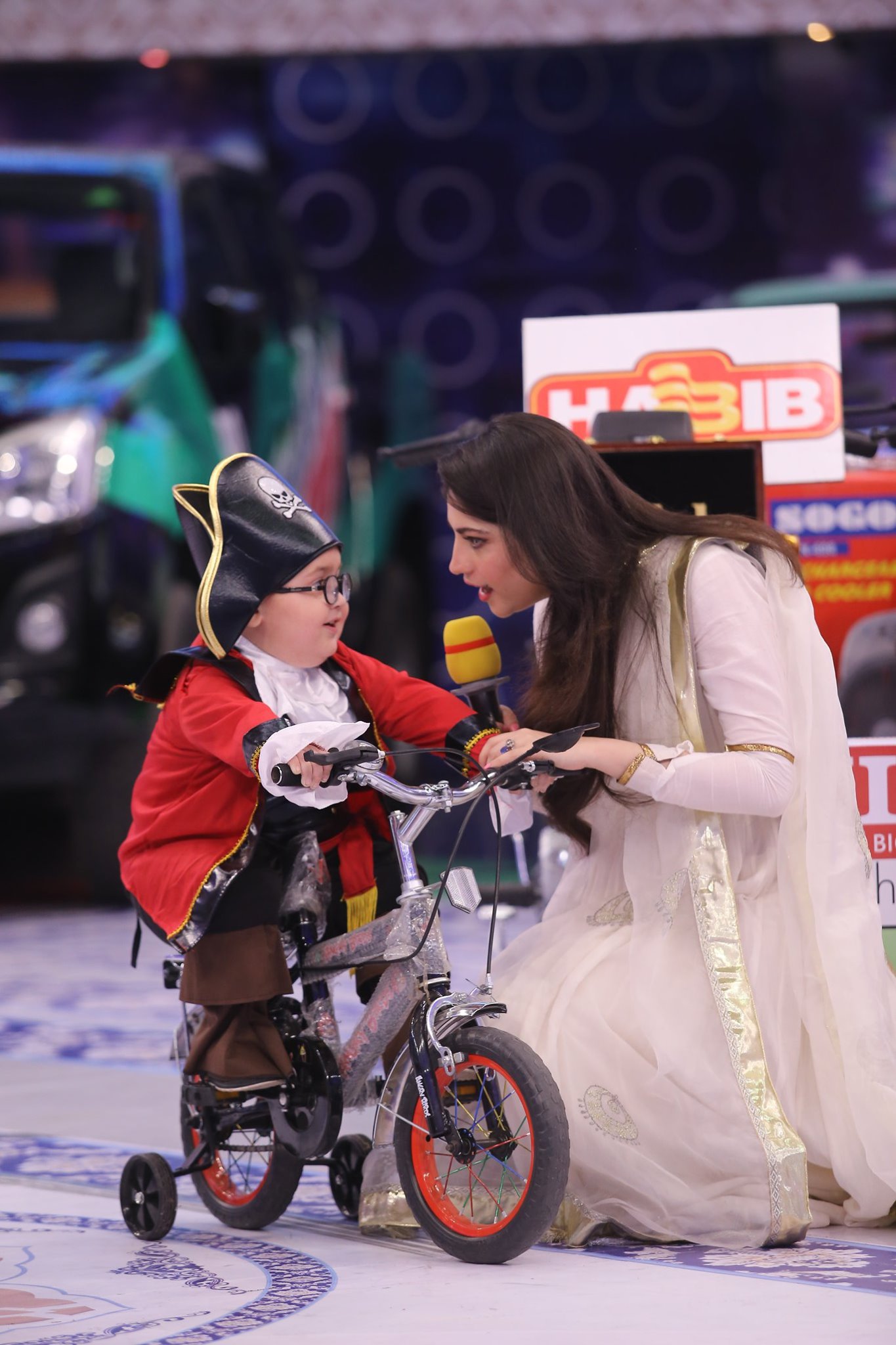 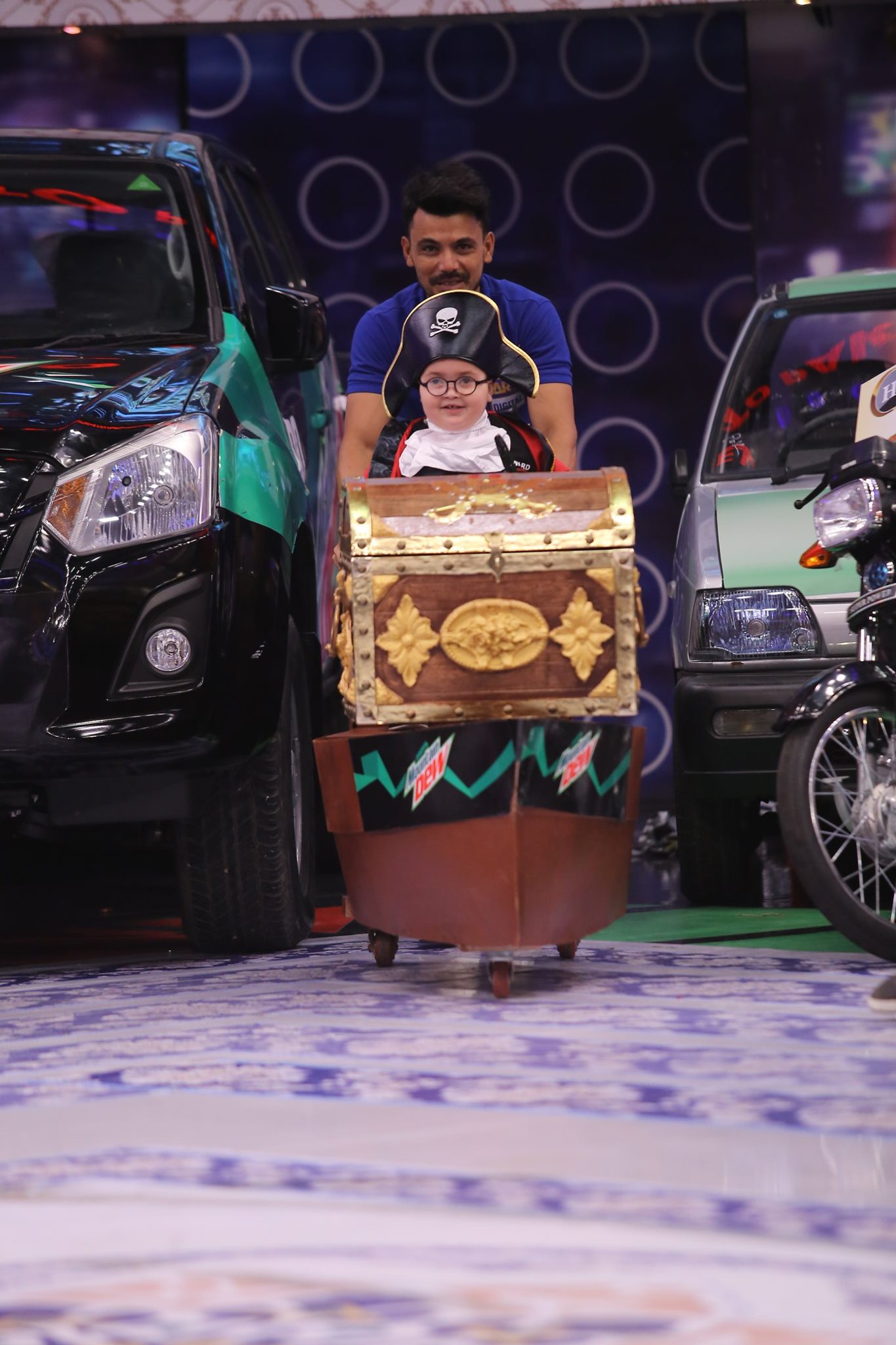