Like majority of Pakistani public, most of our rulers and leaders also passionately follows indian artists. Former dictator, Ziaul Haq, Parvez Musharaf and prime ministers Shaukat Aziz and now Nawaz Sharif are one who have admired indian artists on their visits to India. Even former dictator ziaul Haq has family terms with an Indian artist. Similarly on his visit to India, Parvez Musharraf specially expressed the wish to invite an indian artist on offical lunch.

Now Dilip Kumar has released his auto biography and sent a special copy to our Prime minister Nawaz Sharif, which is a sign of strong bonding and warm relations between these two. 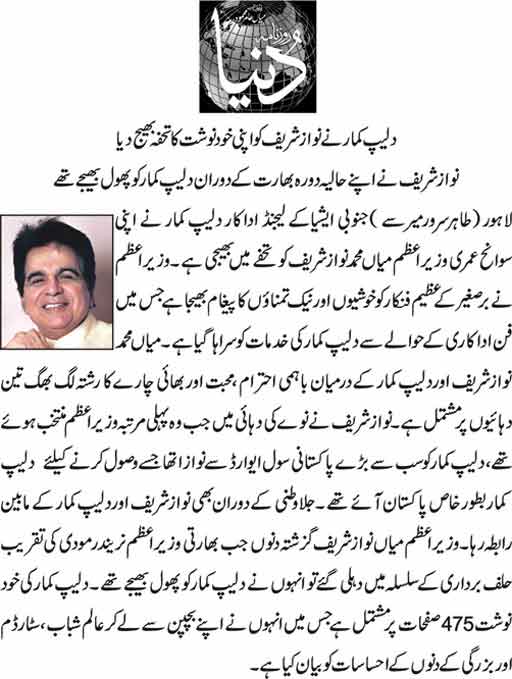