Minal Khan and Ahsan Moshin Ikram’s wedding remained the highlight of the last week. All the wedding functions got immense public attention. Minal Khan’s wedding wasn’t as extravagant as Aiman Khan’s wedding yet it had a series of functions. Minal Khan’s opted for relatively simple looks for her Dholak and Mayon. Minal’s wedding day was a highly anticipated event as people wanted to see her choice of wedding dress and makeup. Minal opted for Annus Abrar’s bridal attire. 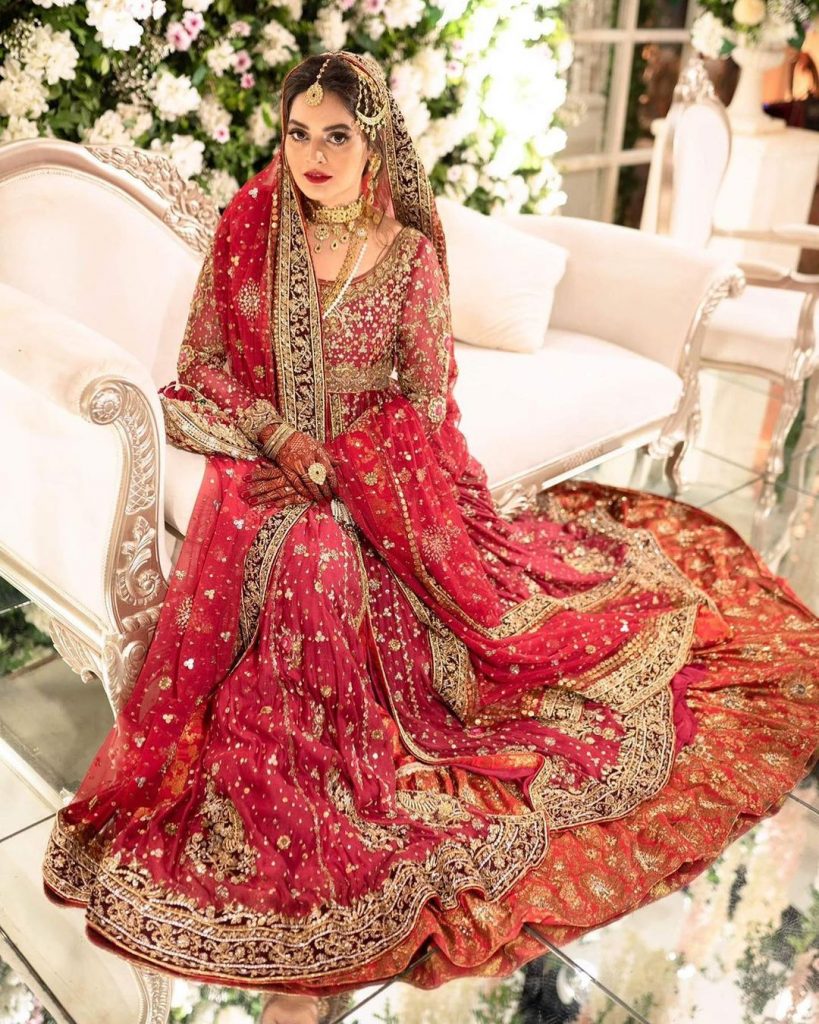 After Minal’s Baraat, designer Annus Abrar shared plenty of pictures from Minal’s Baraat. He also revealed some enthralling details about it. 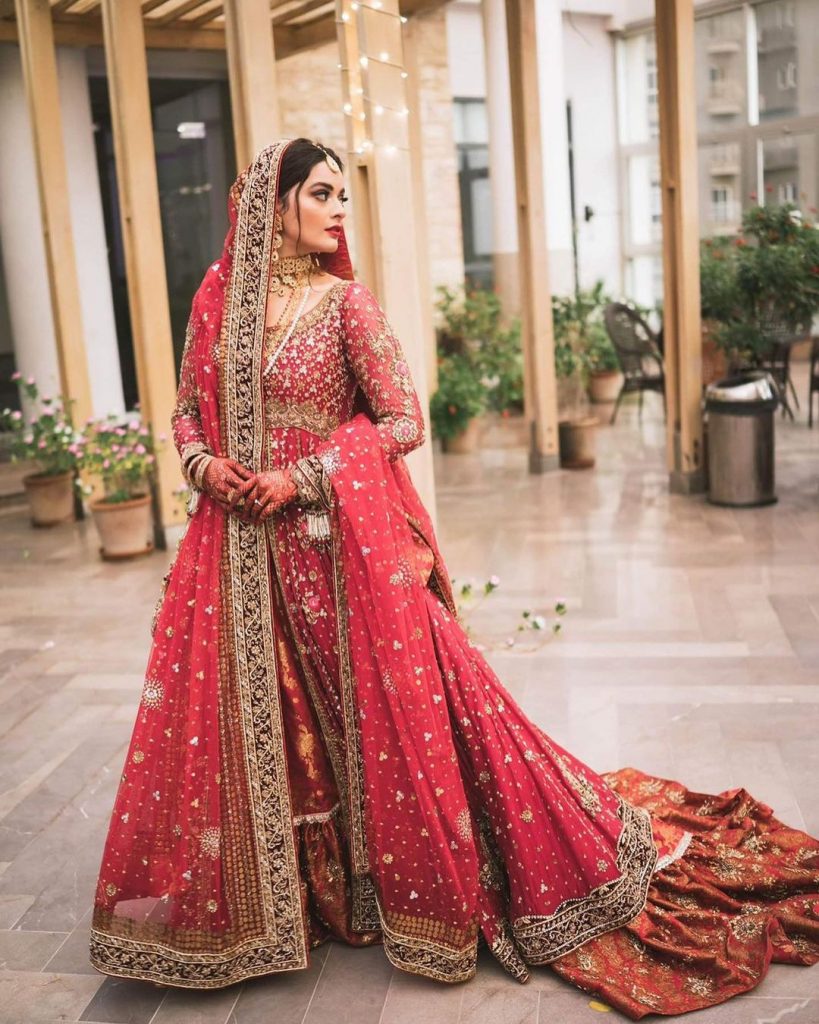 Minal looked resplendent in a floor-length cranberry pishwas paired with farshi lehenga in shades of raspberry pink and red incorporated with handcrafted zardozi and kaamdani details. Annus Abrar, later on, took Instagram to share the details about making of Minal Khan’s bespoke bridal dress. He uploaded pictures and videos whilst Minal’s elaborated bridal dress was in making and revealed that 55 artisans worked day and night to make Minal’s dress. Minal’s dress was heavily embroidered and has 38 Kalis (pannels). 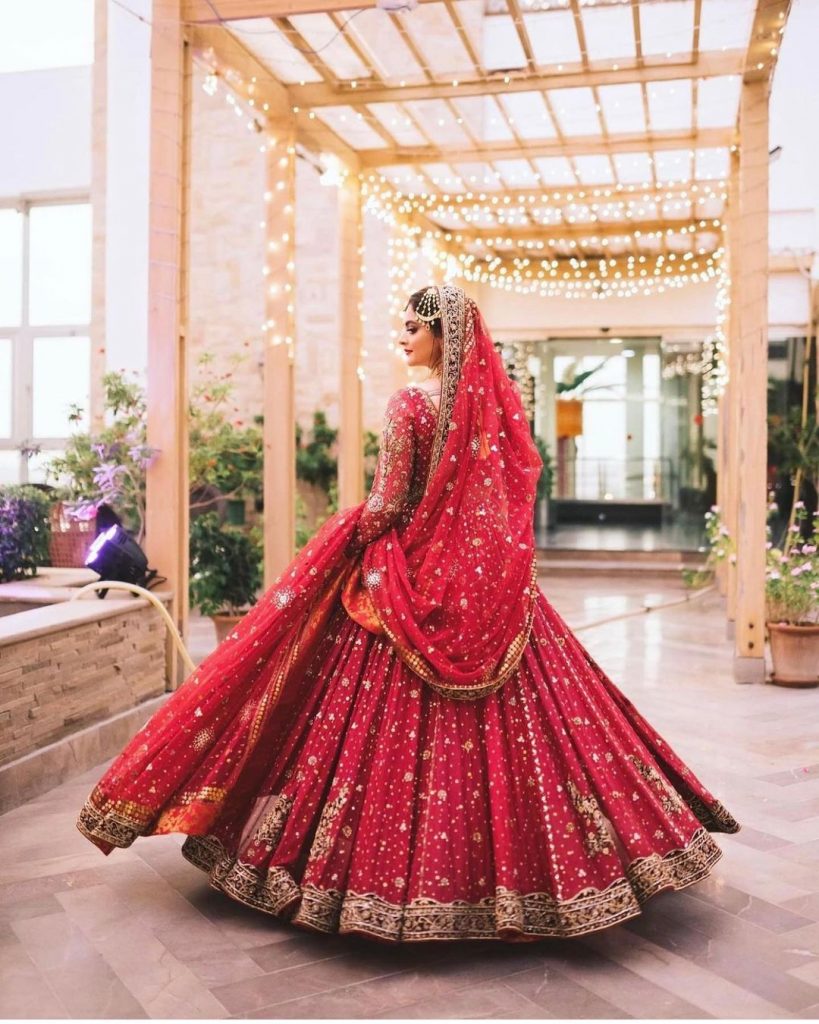 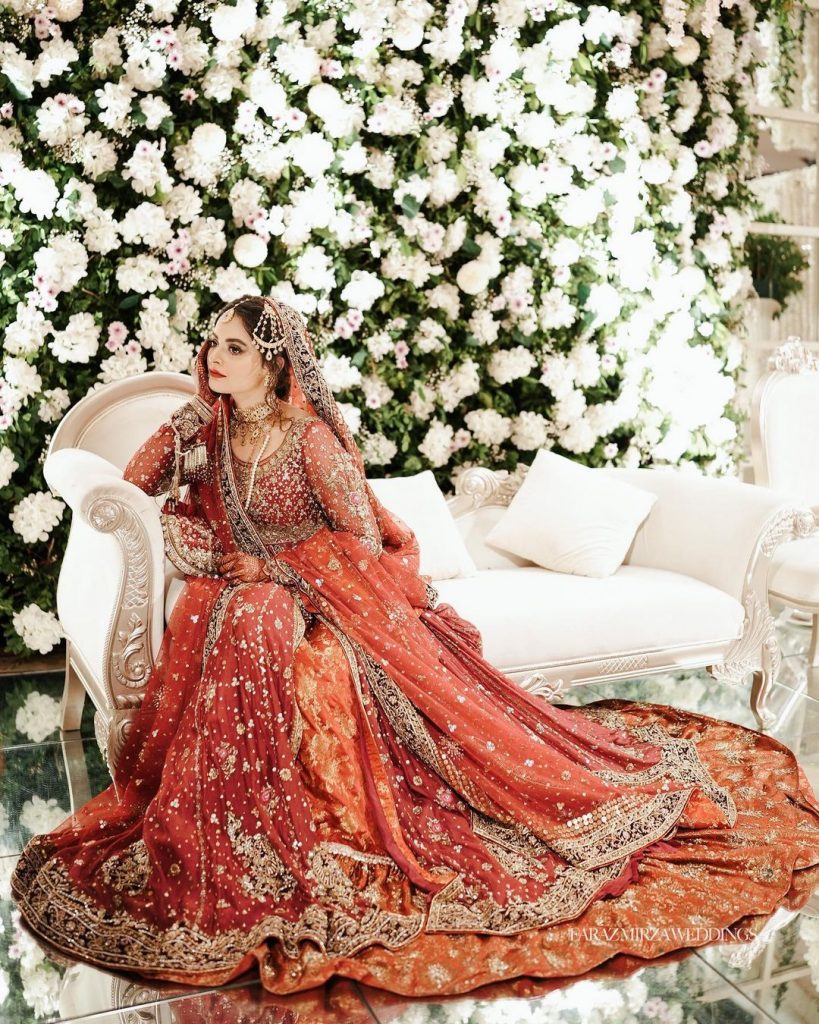 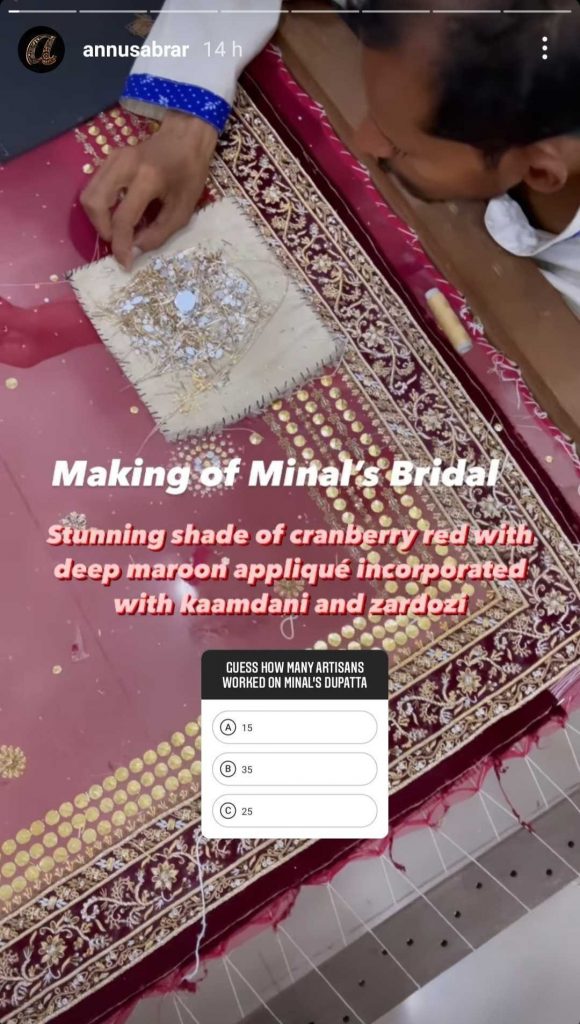 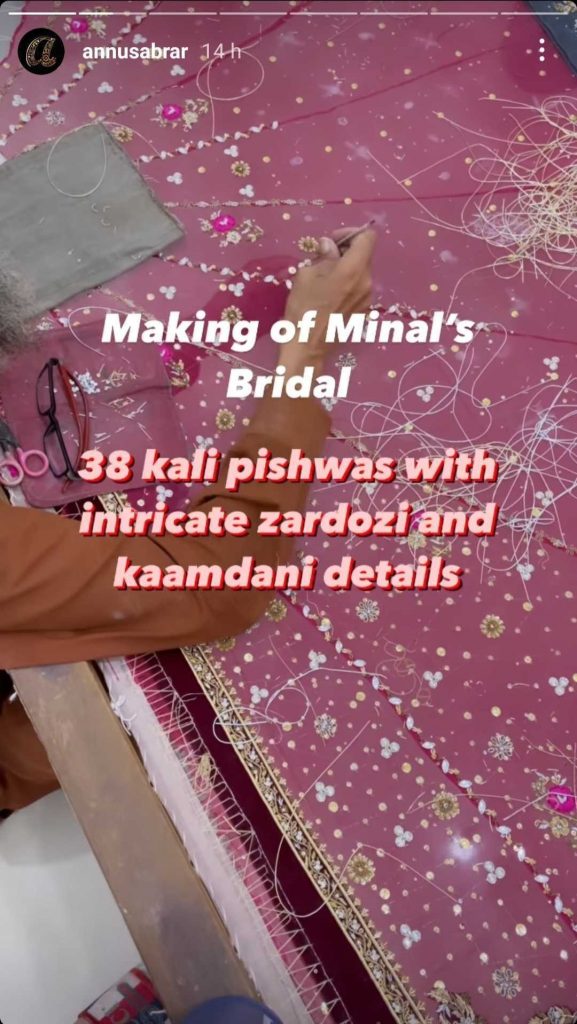 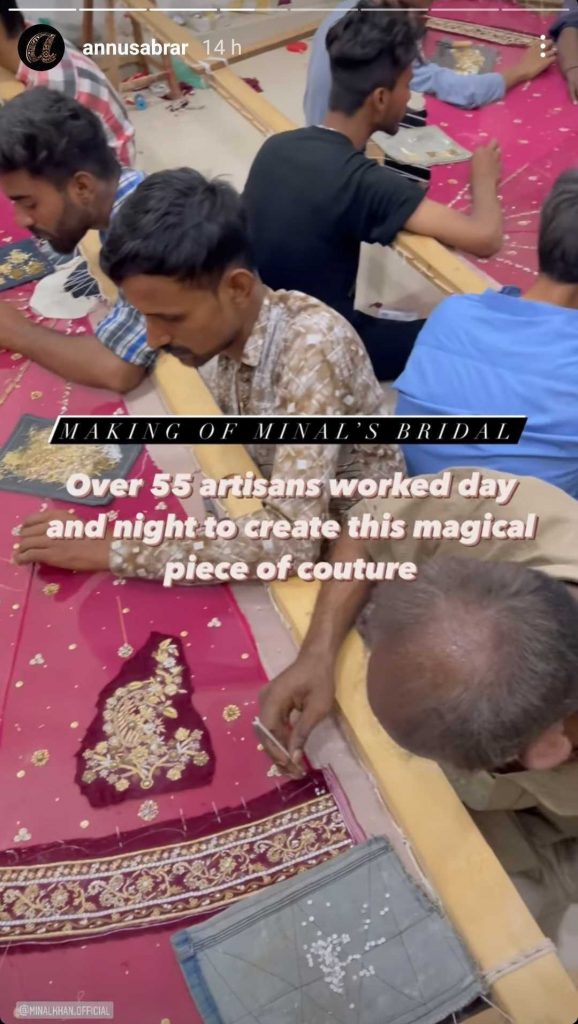 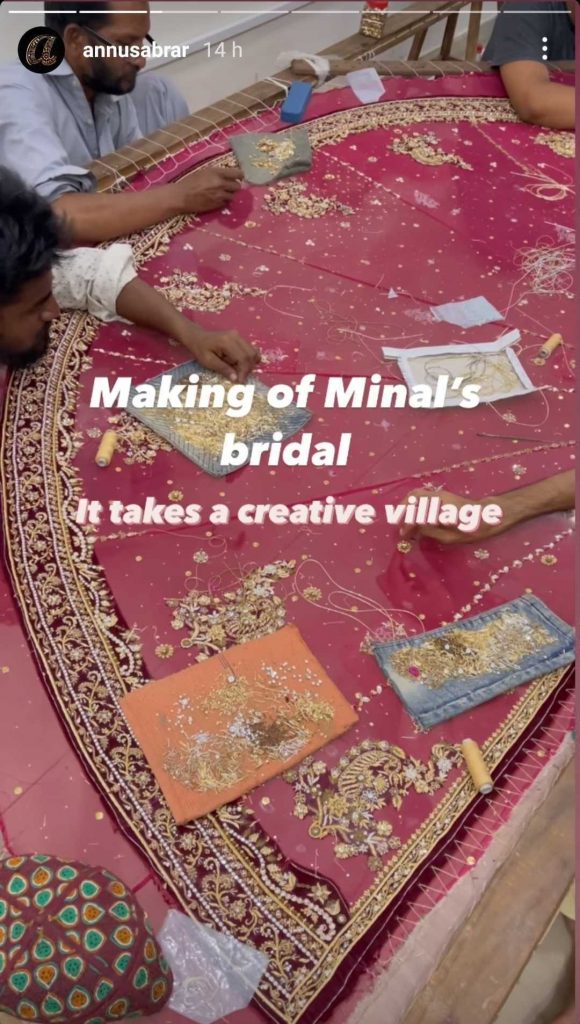