In this age, acquiring the citizenship of another country is a routine thing. Every year thousands of Pakistan, go abroad either legally or illegally in western countries in the hope of acquiring their citizenship one day.

The most popular such countries among Pakistanis are UK, USA, Canada, Australia and New Zealand. The possible reasons behind this could be English as the official language as well as all these countries once have been a part of the British Empire. Apart from these some other western countries like Germany, Norway, Austria, Spain, France, Denmark, Sweden, Italy, Netherlands are also the secondary choice for acquiring citizenship. All these countries have a majority of non-Muslim population.

Comparing Pakistan with the rest of the world the two countries with which we share many similarities (there are many differences as well) are India and Afghanistan. With India we have similarities in language, cuisine, dresses, entertainment. With Afghanistan we also have many similarities as the Pakhtoon population lives on the both sides of Pak-Afghan border mainly in the provinces of KPK and Balochistan. Cross border marriages between Pakistan-Afghanistan and Pakistan-India do occur where most of the times Pakistani ladies married in the other country acquire the citizenship of the other country. We seldom hear about any such case with regards to Afghanistan, but with India many such cases are published in the news papers.

Nasir Khan
Nasir Khan was born in the city of Peshawar, KPK which became part of Pakistan in 1947. Nasir Khan’s elder brother Dilip Kumar is an established name of the Bollywood. Like his elder brother Nasir Khan was also an actor. At the time of partition in 1947 he was in Lahore which became part of Pakistan. Though before 1947 Lahore was an established hub of Urdu/Punjabi film making in the Western India, all the film making facilities like studios, recording instruments were destroying during the riots of 1947. Thus the future of film making in Pakistan was quite uncertain. After 1947, Dilip Kumar preferred to stay in Mumbai, India instead of coming back to Pakistan his birth place. Unlike Dilip Kumar, Nasir Khan stayed in Pakistan and worked in few films produced in Lahore.

He was the hero of Teri Yaad the first ever film produced in Pakistan in 1949. He was also in the lead role in the film Shahida in 1949. Both the films failed at the box office, however Shahida celebrated Silver Jubilee across the border in India in the cities of Lucknow and Delhi. After working in Shahida in 1950-51, Nasir Khan left Pakistan for Mumbai, India and never worked in any other Pakistani film.

In India, he worked in few films but failed to achieve the fame his brother Dilip Kumar was enjoying. Nasir Khan married fellow artist Begum Para in India. Nasir Khan passed away in 1974. 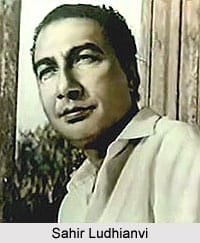 Jogendra Nath Mandal
Jogendra Nath Mandal is a famous political figure who actively supported the Pakistan indpendence movement and later served on key positions in Pakistan. Jogendra Nath Mandal was from Bangal Lower Caste Hindu Community commonly referred as Dalit (دلت). Being a leader of Dalits, Jogendranath had made common cause with the Muslim League in their demand for Pakistan, hoping that the Dalits would be benefited from Pakistan.

He was the first law minister of Pakistan after independance in 1947. He also served as the chairman of first Constituent Assembly of Pakistan. After the death of Quaid-e-Azam Muhammad Ali Jinnah in 1948, Jogendra Nath Mandal gradually lost faith in the policies of the Pakistani government towards Dalits and Hindus. Despite this on the request of then prime minister Liaqut Ali Khan, Jogendra Nath Mandal supported the Objective Resolution in 1949 despite facing criticism from his own community. Following the Barisal Riots of East Bangal in 1950 and prevailing anti-hindu sentiments across the country he resigned from the cabinet. He wrote a detailed resignation to Prime Minister Liaqut Ali Khan in which he expressed his discontent with the policies of the Federal Government and the East Bangal government towards his community.

He eventually left Pakistan and migrated to Calcutta, West Bangal, India. In India he led a relatively low profile life and passed away in 1968. Though the first law minister of Pakistan and a prominent non-muslim name who supported the Pakistan movement, sadly he is not much remembered in Pakistan. 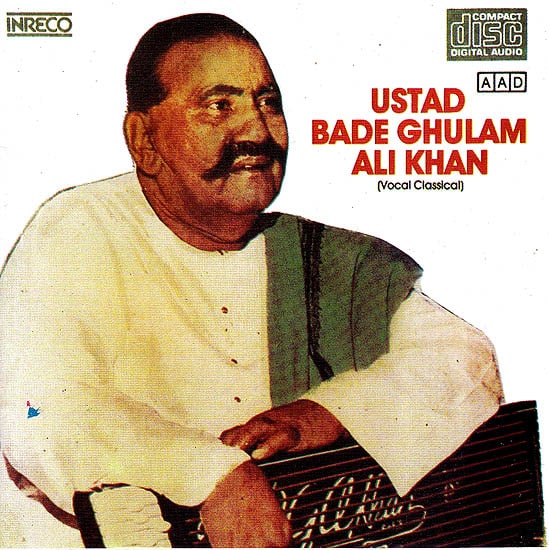 Begum Para
Born in Jhelum, Begum Para has worked in many films in Bollywood. In 1947, Jhelum became part of the Pakistan however Begum Para stayed in Mumbai India. In Mumbai she married Nasir Khan the younger brother of Dilip Kumar who also migrated to India from Pakistan. Begum Para and Nasir Khan’s son Ayub Khan has also worked in few Indian films.

Nasir Khan passed away in 1975, and surprisingly after his death Begum Para migrated to her birthplace Pakistan. She lived in Pakistan for two years but returned to India in 1977 where she eventually passed away in 2008. As per film critic Aijaz Gull, In Pakistan Begum Para was looking for funding from ZA Bhutto’s government for her film Zidd, but when in 1977 ZA Bhutto was removed by General Ziaul Haq she returned to India.

All the persons mentioned above were born before the partition of 1947 and are considered the sub-continent personalities rather than India or Pakistan personalities and thus their migration to Pakistan or India has never created any hostile reaction in the general public. After 1977 there are very few instances where a famous Pakistani acquired Indian citizenship which was not much welcomed by Pakistani media and press. After 1977, few Pakistanis lived in India on residence visa like the poet Faiz Ahmed Faiz and Fahmida Riaz in late 1970’s and 1980’s, however they never acquired the Indian citizenship.

Faysal Qureshi is residing in New Delhi, India for more than 15 years. It is not clear that whether he has acquired the Indian citizenship or not, but since he is residing in India for quite long so his name is added in this list.

Adnan Sami Khan is brought up in Europe where Arshad Sami Khan was serving as ambassador of Pakistan. Arshad Sami Khan passed away in 2009. Adnan Sami Khan has an interest in music and he returned to Pakistan in late 1980’s. In 1989 he started a music program Bahta Darya on the state run Pakistan Television (PTV) from Islamabad centre. It is common in Pakistan that persons of influential families waste tax payers money, in the name of showcasing their talent. Behta Darya was not much successful. Adnan released his first music album Raag Time in 1991 which recieved moderate success. He also secured a commercial contract with the Coca Cola. In 1992 during a television show he announced he is leaving Pakistan. However he was again in the news when famous film director Syed Noor signed him for his film Sargam. Adnan Sami Khan composed the music as well acted in this film with Zeba Bakhtyar in the opposite lead. Both Adnan and Zeba got married during the shooting of Sargam. Sargam was released in 1995, though praised by critics it was not commercially much successful. The success of the music of Sargam bring Adnan Sami Khan in the limelight. After Sargam, Adnan Sami Khan and Zeba Bakhyar signed another film Mausam to be produced by SB Hussain (Late). By then both Zeba and Adnan had a son Azaan Sami Khan.

Around 1997-98 Adnan Sami Khan composed the music of Mausam in London with Indian signer Asha Bhosle. In the meanwhile his marriage with Zeba Bakhtyar ended. Their breakup made headlines when Zeba filed a kidnap case against Adnan Sami Khan, who kidnapped his own son Azaan and fled to Canada. After the intervention of then Home Minister Ch. Shujaat Hussain, the case was resolved Azaan Sami Khan along with Adnan Sami Khan was brought back to Pakistan, where Azaan was handed over to his mother Zeba Bakhtyar.

Adnan released the music of film Mausam in 1998, though he did not own the rights of the music but the album was not much successful. The album has songs like Kabhi To Nazar Milao, Mujh Ko Bhi To Lift Kara De. In 2000 he moved to India and re-released the album of Mausam, with the name Kabhi To Nazar Milao and it proved a massive hit in the Indian market. We Pakistani have a strange habit, many times we do not acknowledge our own artists, but when the same artist gets acknowledgement in India or west we suddenly remember how valuable the artist is for Pakistan. It happened in the case of Ustad Nusrat Fateh Ali Khan, and similar to this Adnan Sami Khan also became very popular. The same album of Mausam which proved unsuccessful in 1998, became a superhit one in Pakistan once it is endorsed by the Indian audience as Kabhi To Nazar Milao.

Adnan Sami Khan prolonged his stay in India and composed music for few Bollywood films as well. He made the headlines again when he filed for Indian citizenship. His first request was rejected, and he filed the second request in 2015. The second request was accepted by the Indian government and on 1st January 2016 he was granted the Indian citizenship after surrendering his Pakistani passport.

So it concludes the compilation of former Pakistani citizen who acquired the Indian citizenship.