Naimal Khawar Khan is an adorable Pakistani actress, painter & social media influencer. The gorgeous actress is also wife of the very handsome and talented actor Hamza Ali Abbasi. She has worked in drama serial Anna and grabbed a good name, her debut project was a feature film Verna. Naimal also has an adorable son Mustafa Abbasi. 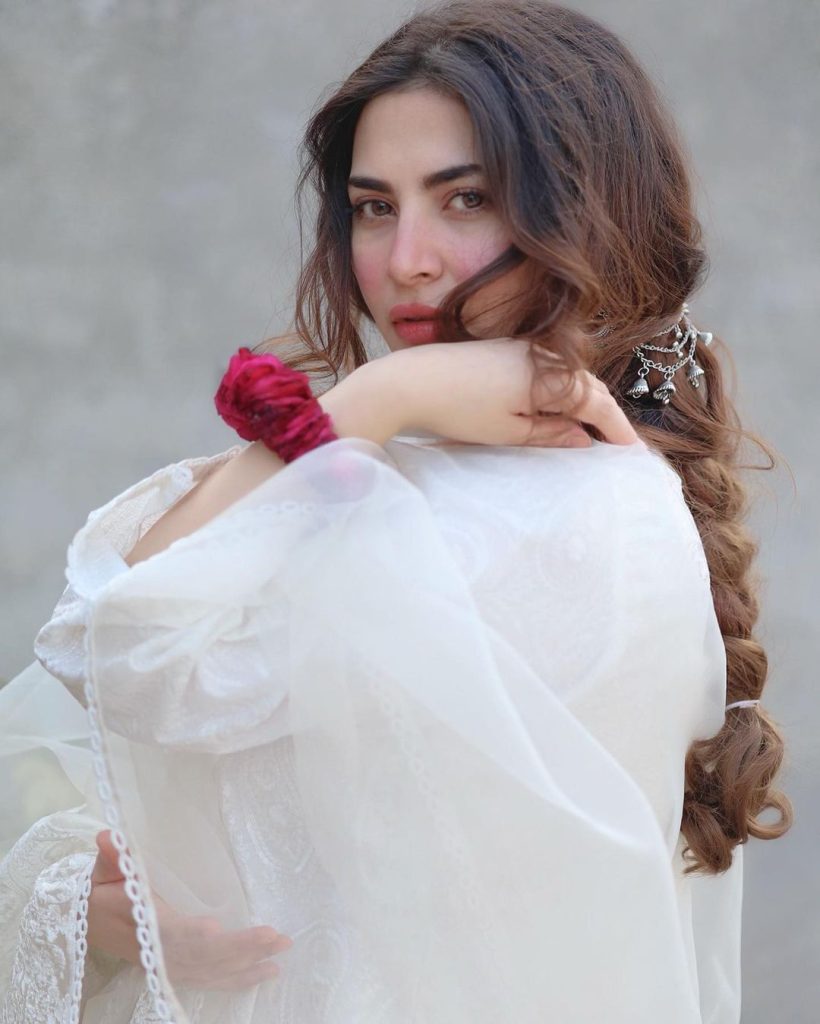 Naimal Khawar Khan has also started doing modelling for a few brands. She often poses for different brands. Recently, Naimal Khawar dolled up in a beautiful red bridal ensemble for a photo shoot. She was looking adorable in the dress. Her pictures are floating on the social media. Have a look at few of her pictures. 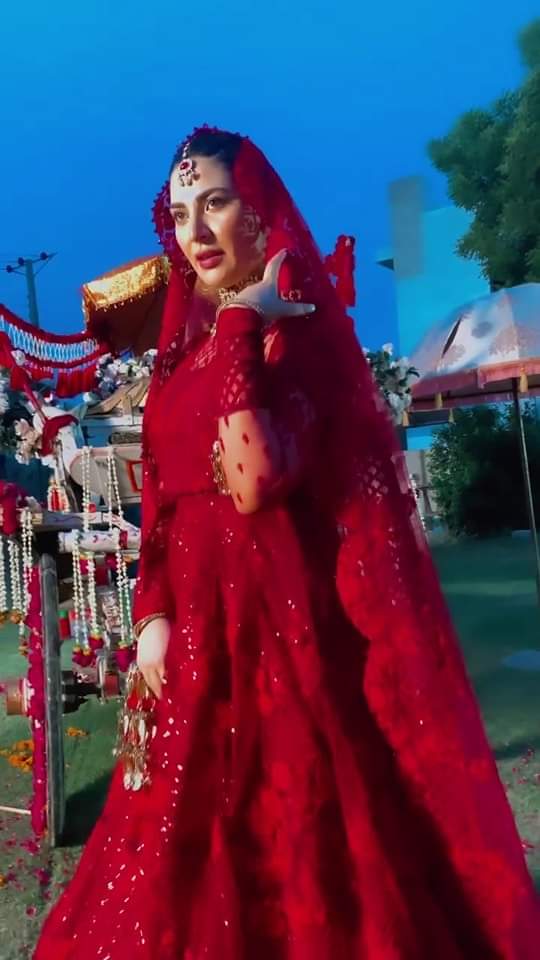 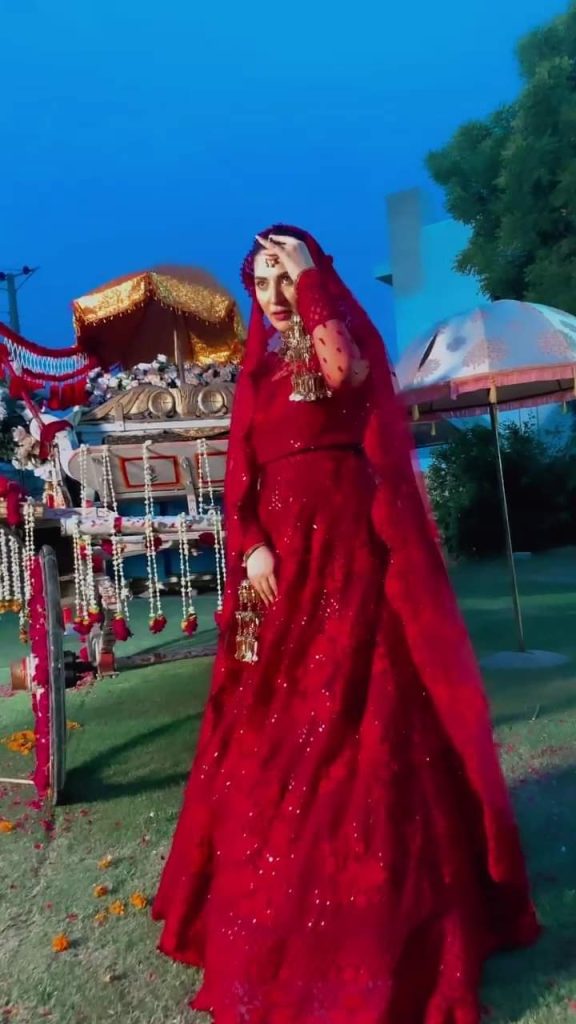 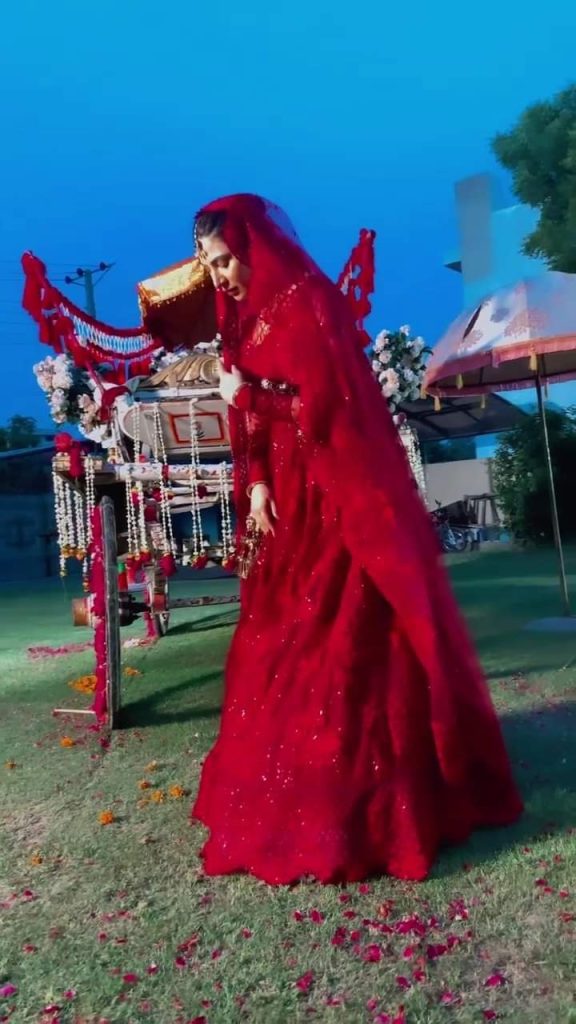 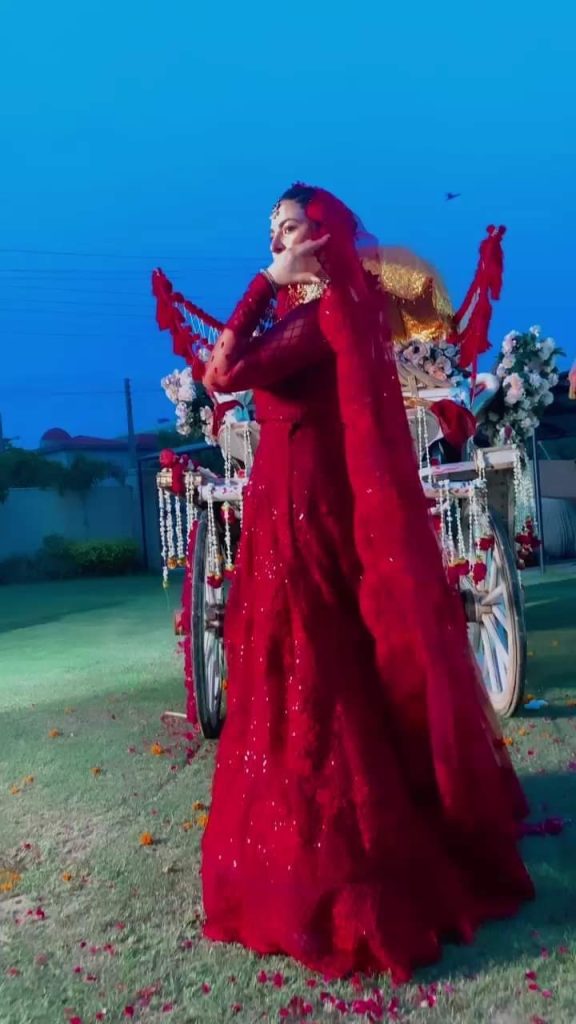 Well, her recent bridal photo shoot was glimpsed in a skeptical manner by the cyber citizens who were of the view that she’s not looking good and delicate in the recent look. They also said that she’s looking heroine of Pushto films. One fan also said, “is she announcing her pregnancy in bridal shoot as she had clearly said that she has left media after marriage”. Many fans said that she is not looking good, they also called out Hamza Ali Abbasi who has left media but his wife is still modern and doing modelling. Fans said that she has ruined her face after surgeries. Here are all the comments which came under her post. Have a look. 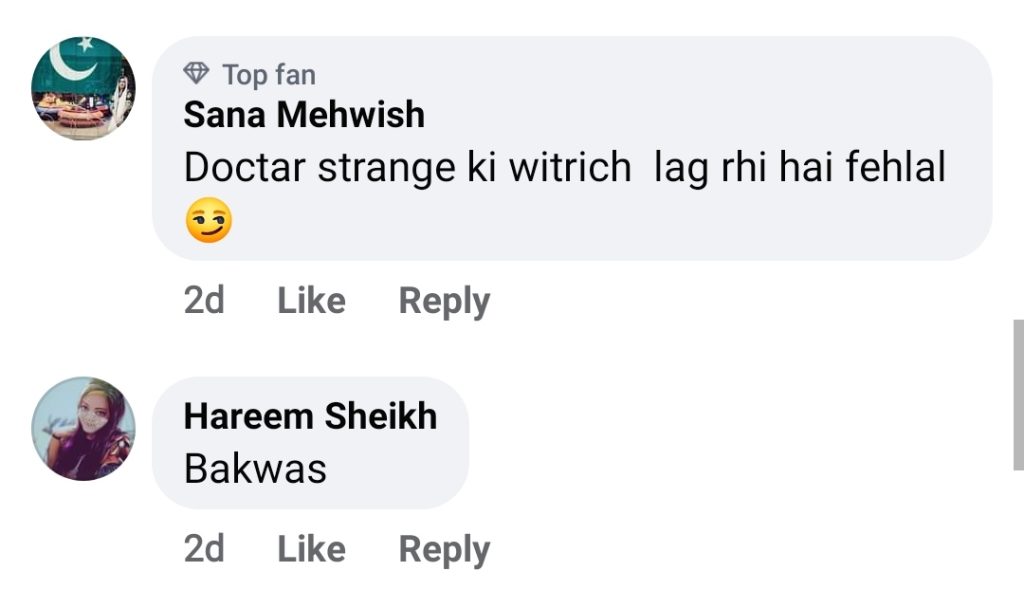 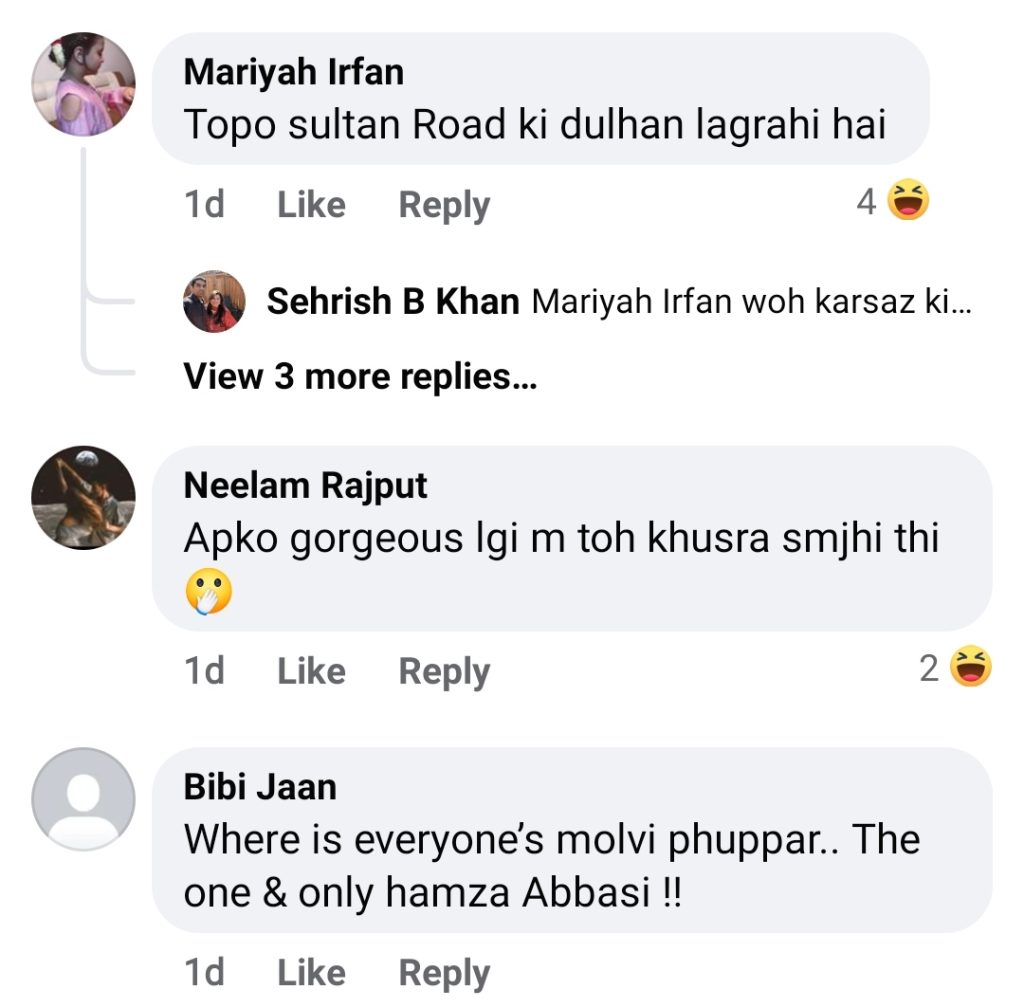 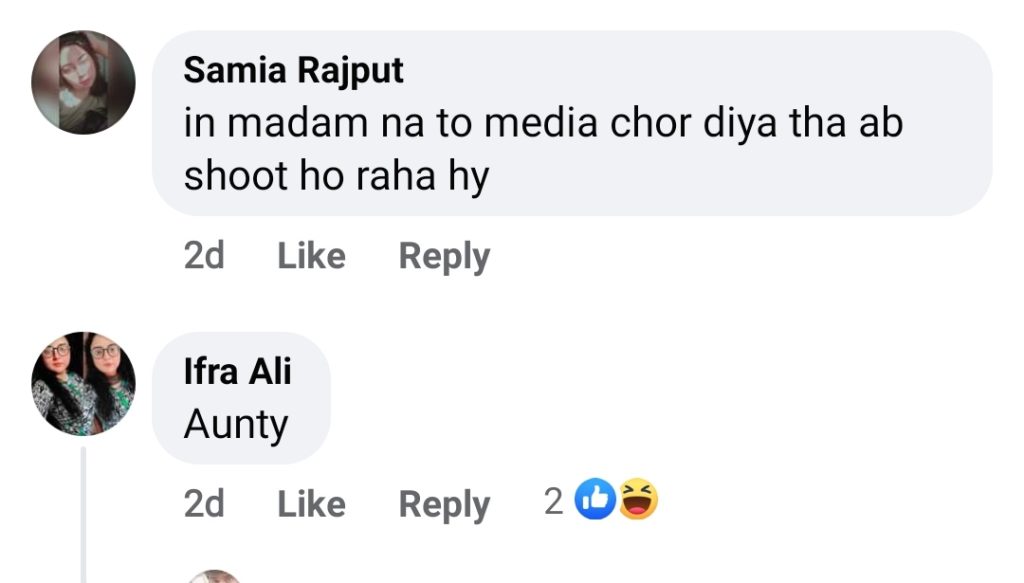 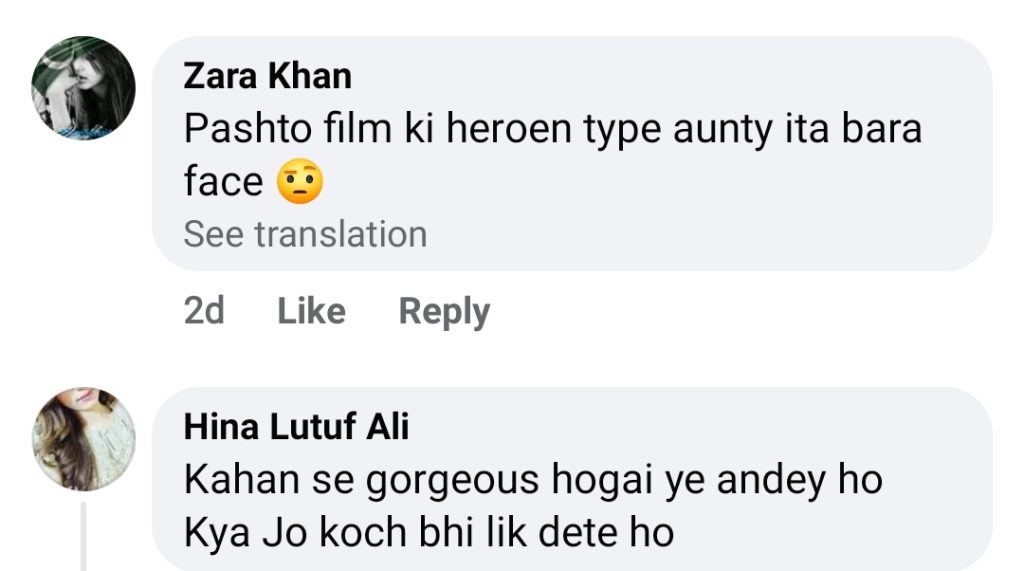 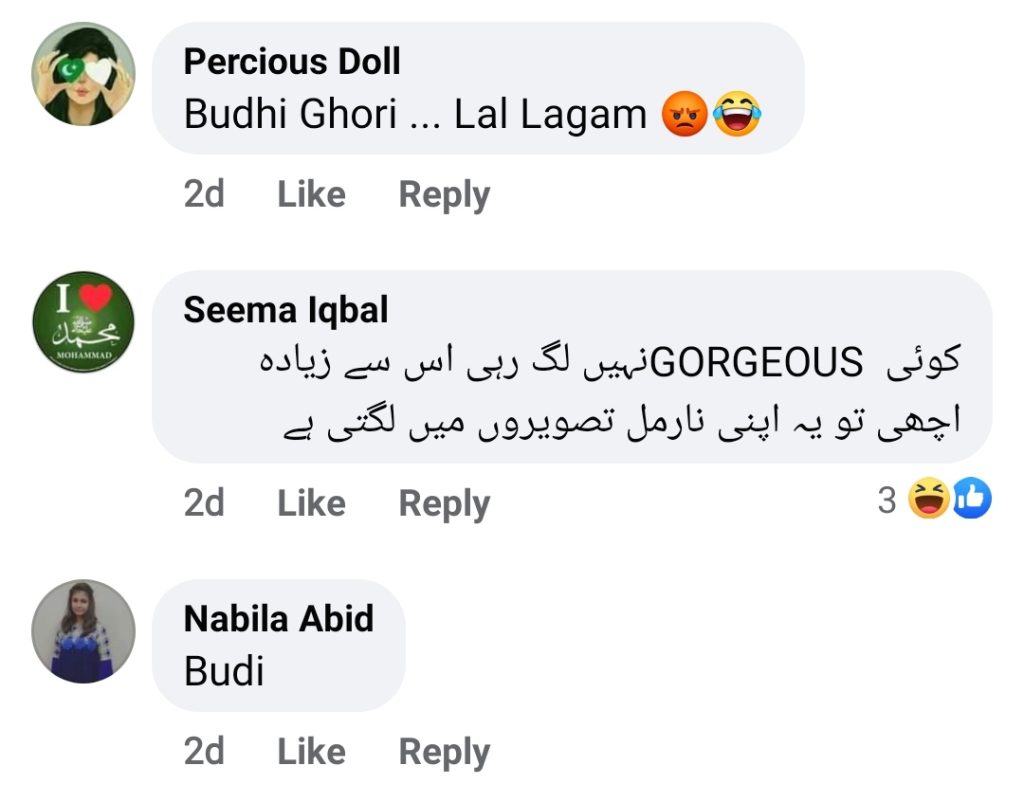 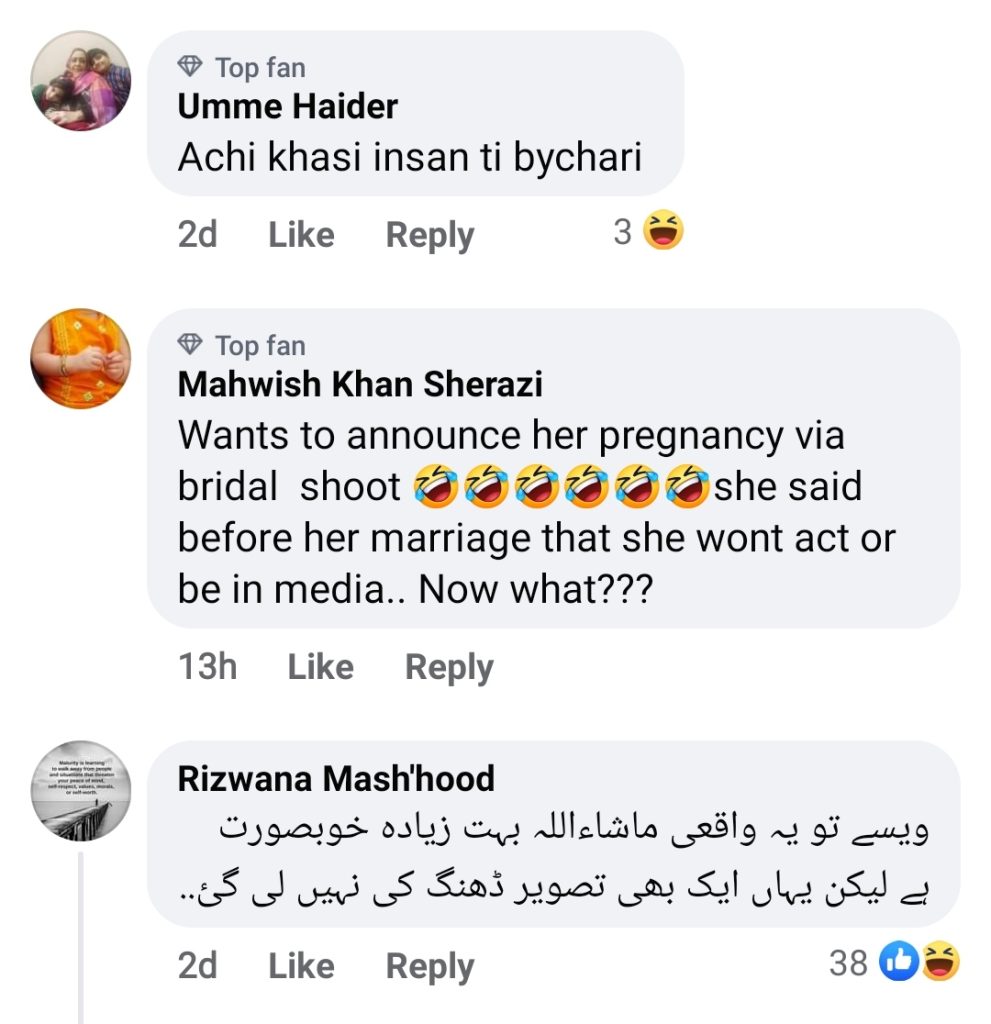 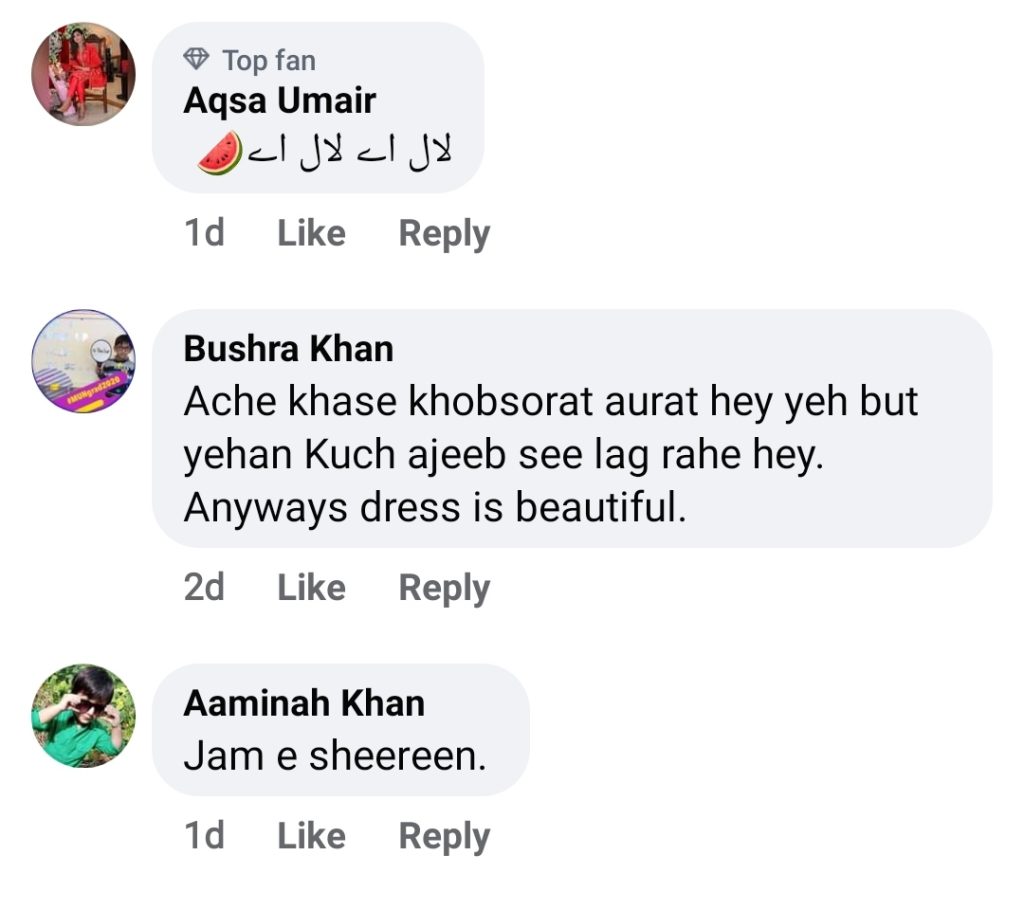 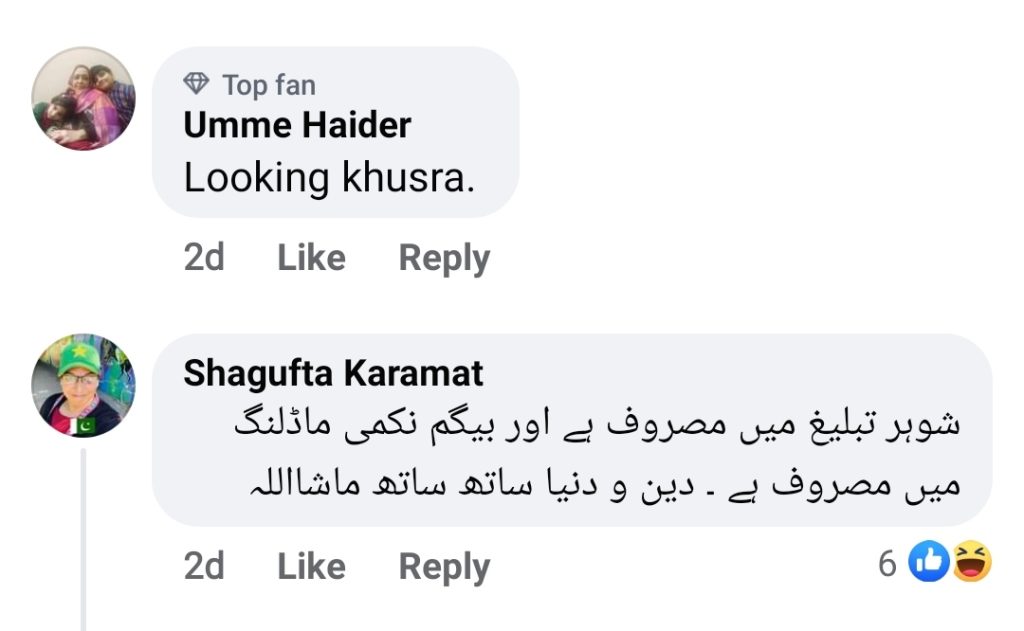