Hum TV is set to bring a new drama Kala Doriya to the screens starring Farhan Saeed and Sana Javed in lead roles. The drama is written by Saima Akram Chaudhary who gave us hits like Suno Chanda, Suno Chanda 2 and Chupke Chupke while the director is Amin Iqbal and we are watching his project Ishq e Laa these days. 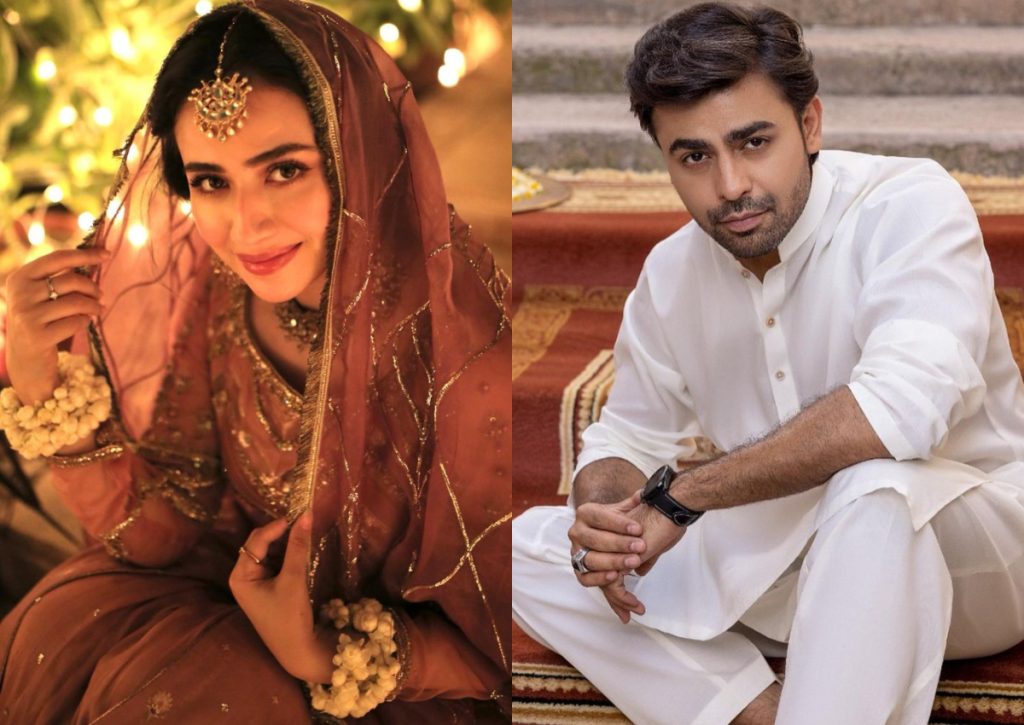 Things changed a bit when Farhan Saeed had to quit and he was replaced by Usman Mukhtar. This was confirmed by the writer Saima Akram Chaudhary that Farhan was not a part of the project and Usman had taken his place. 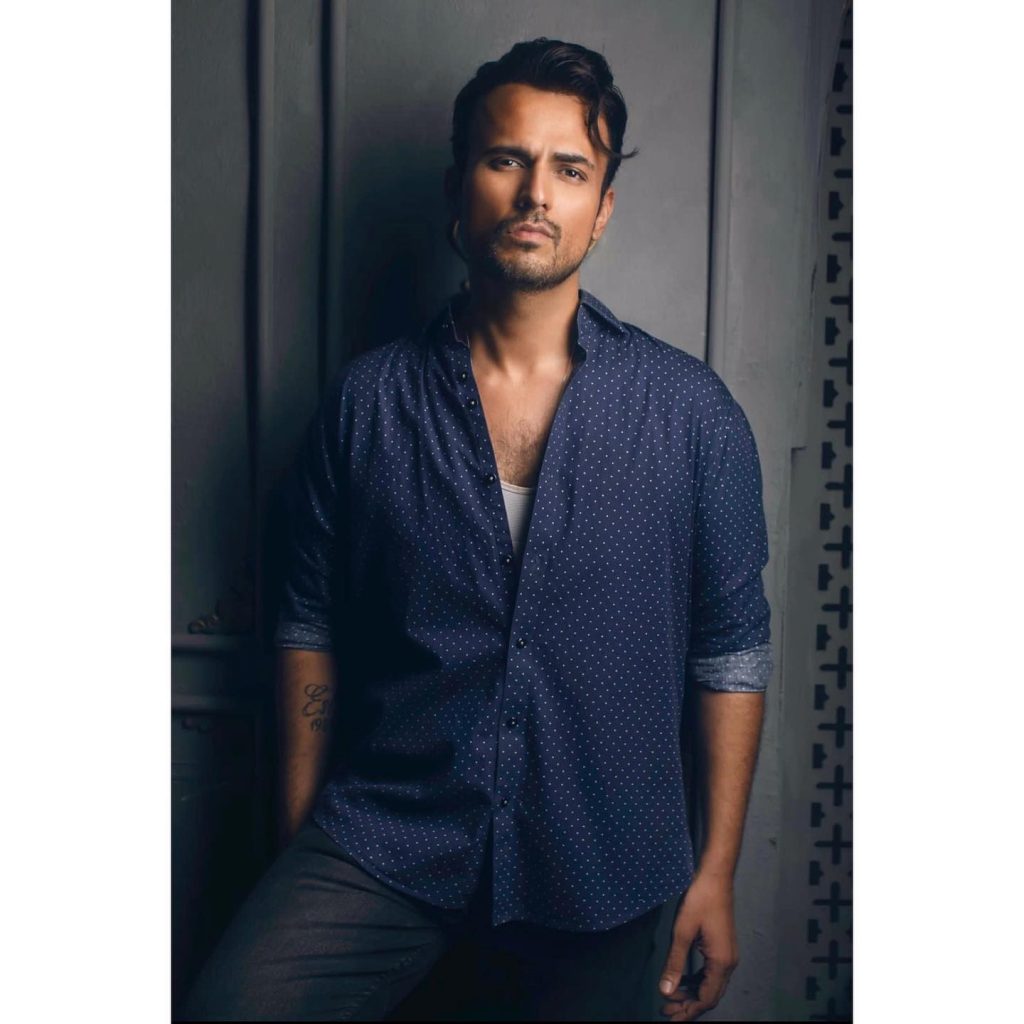 However, Farhan Saeed has now rejoined the drama while Usman is no more a part of it. Farhan’s fans are happy to see him back in the project but many want to see Farhan with someone else than Sana. Check the reactions: 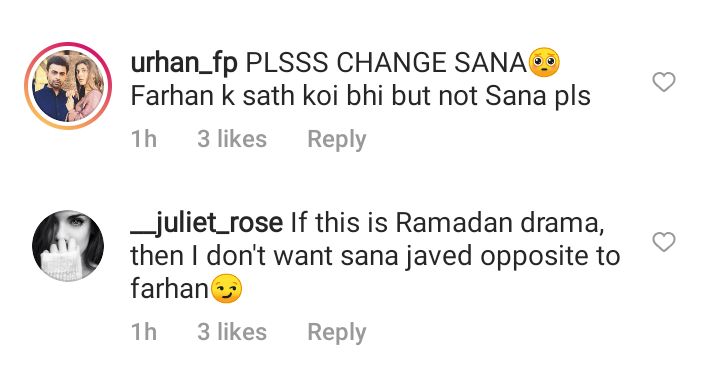 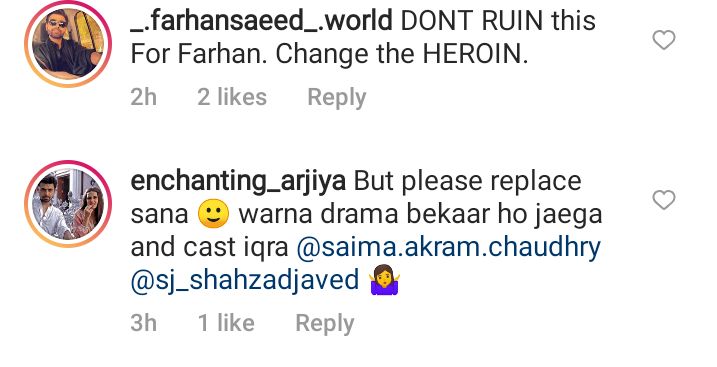 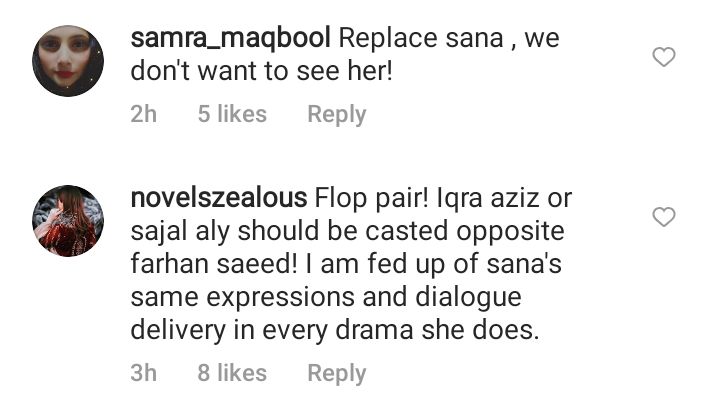