Faysal Quraishi yesterday tweeted about the fire incident that occurred in the Studios of Ary Digital Network where fire erupted in the morning and whole of the setups were burnt,
in the reply to that a “SO CALLED HUMANIST”
Said” it would have been better if you all would have burnt in that fire eruption, you people earn “Haram” and you should all die.”, which showed the Mental illness of a human’s state of mind but Faysal Quraishi didn’t lose his calm apparently and said” Ask for the prosperity and forgiveness from Allah ”

He also retweeted her obnoxiously ugly reply. Also the girl faced nothing but severe backlash of Faysal’s fans.

How can people be so cruel to laugh at such incidents and bad mouth actors and people out of Jealousy and envy. It’s uglier than being jealous, it is being revenge full for an unseen self created enemy.

When it comes to Hateful comments, our people lose calm and teach such sick minds a note worthy lesson and same happened here when people schooled the girl in comments.

One girl said you bio is saying that you are a humanist and you don’t even know its meaning. Being a Humanist means to have love and affection for mankind.

Some people said you can’t even assign deaths and lives to the people, it is Allah who is most powerful of All.

Here is the tweet and the comments attached for you people. 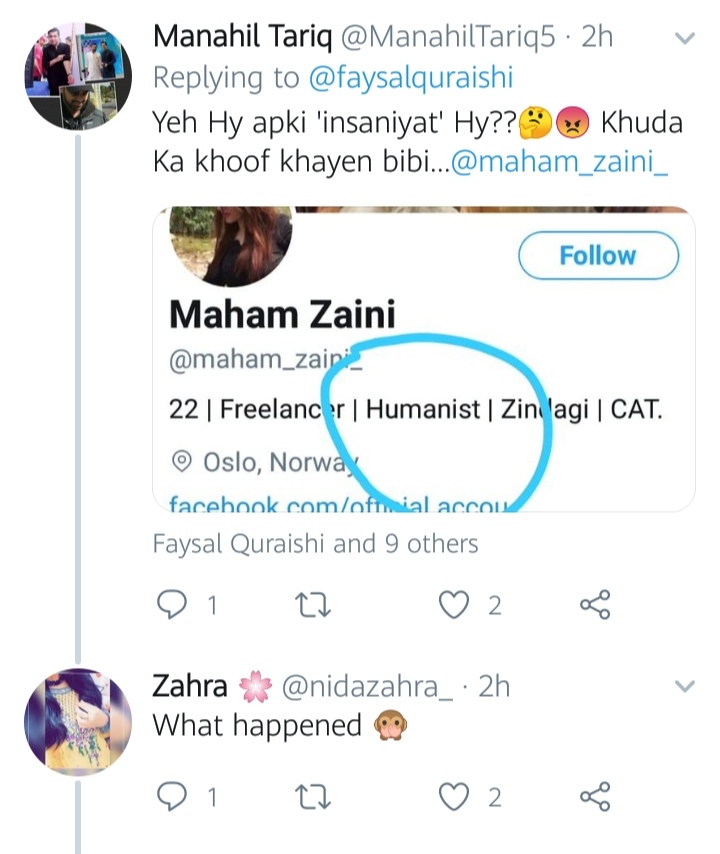 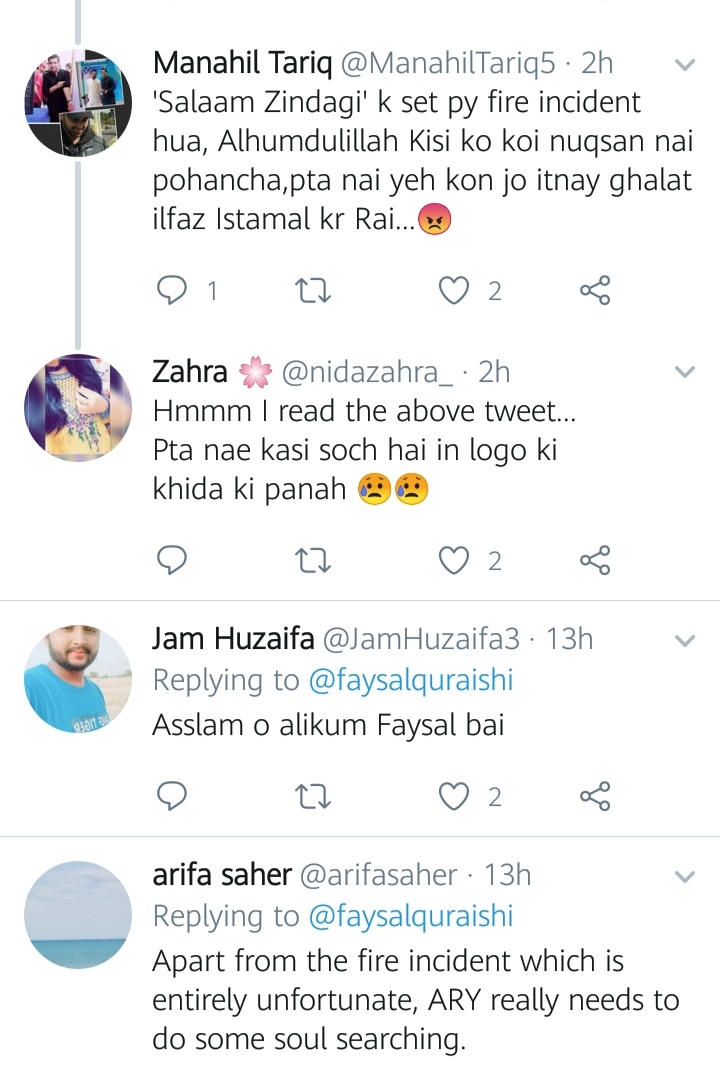 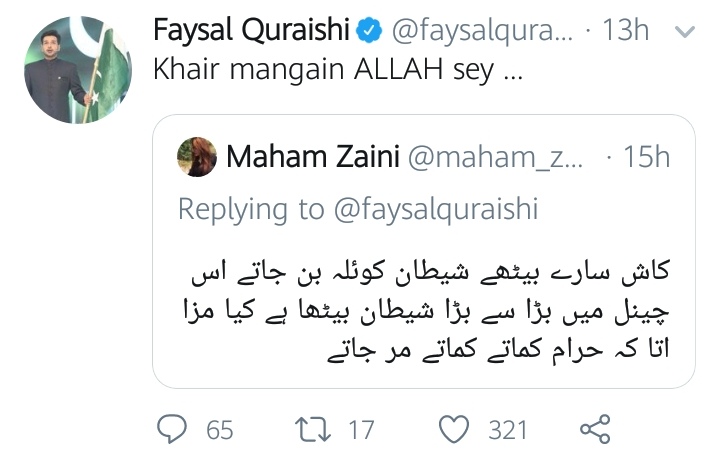 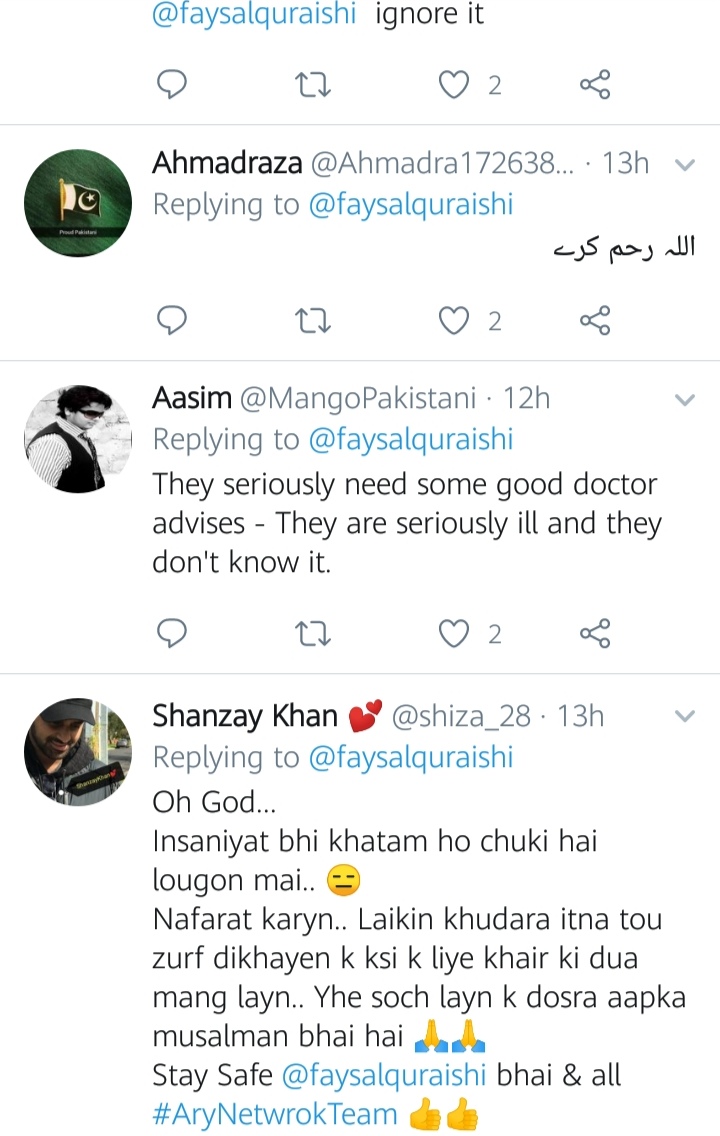 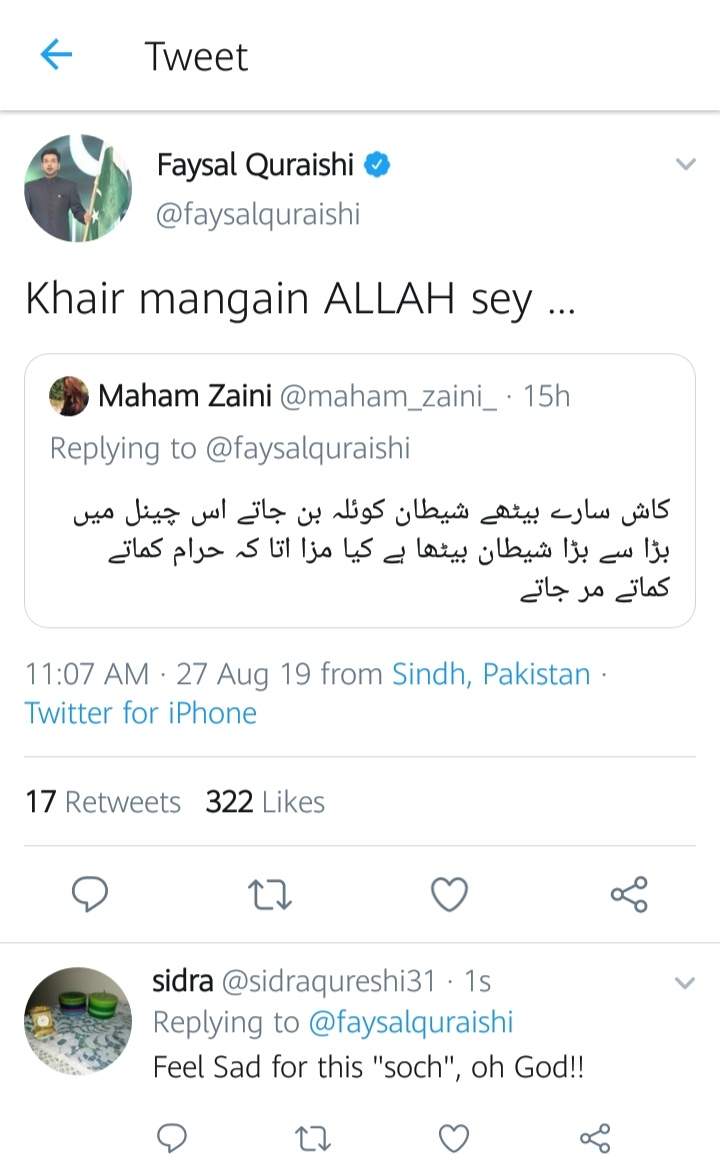 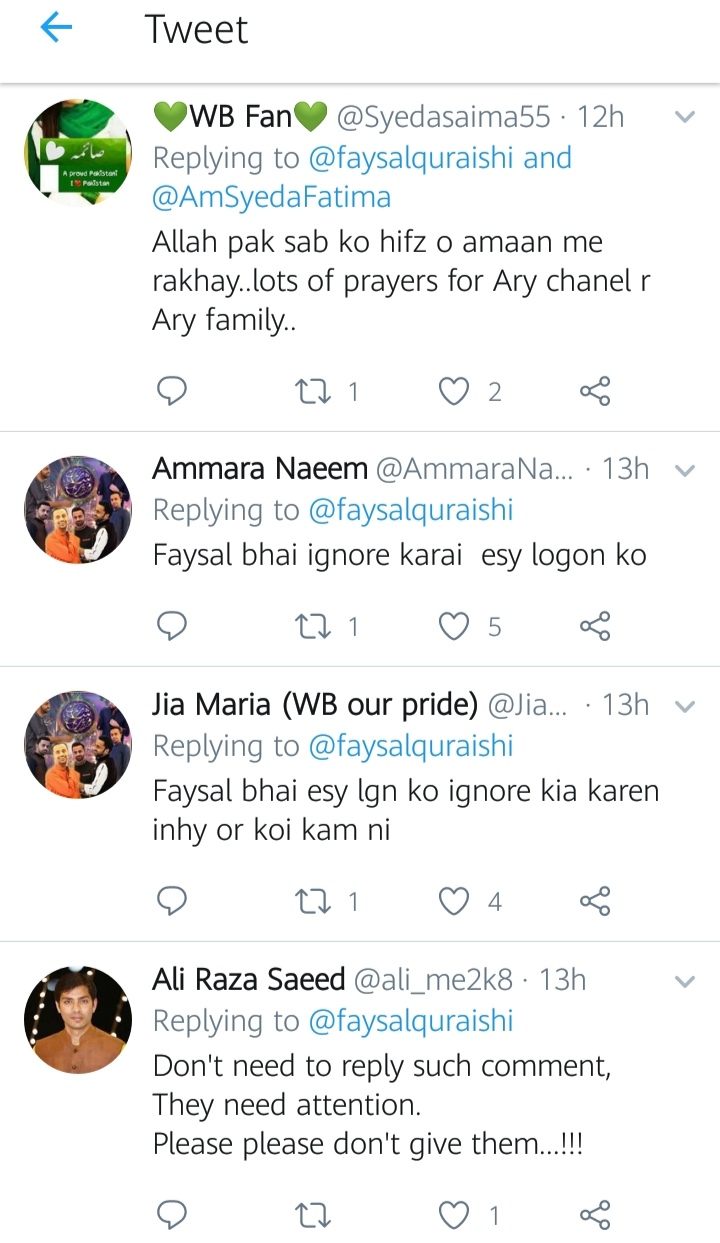 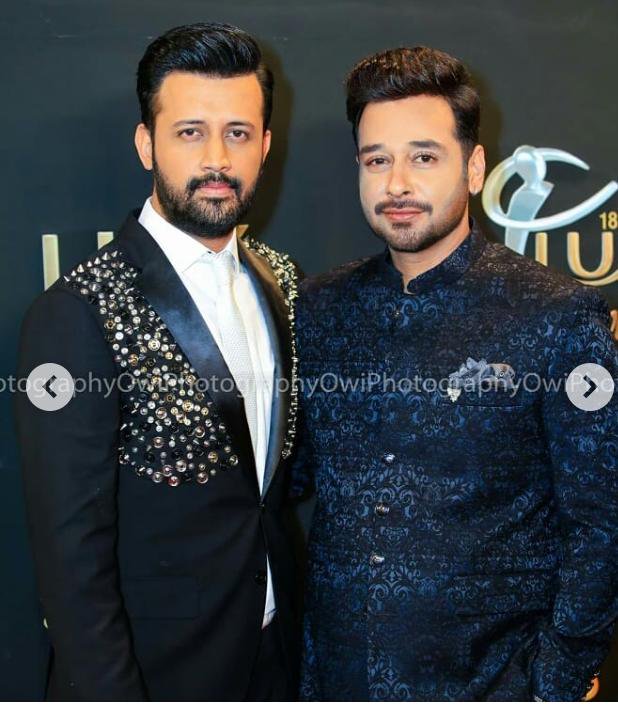 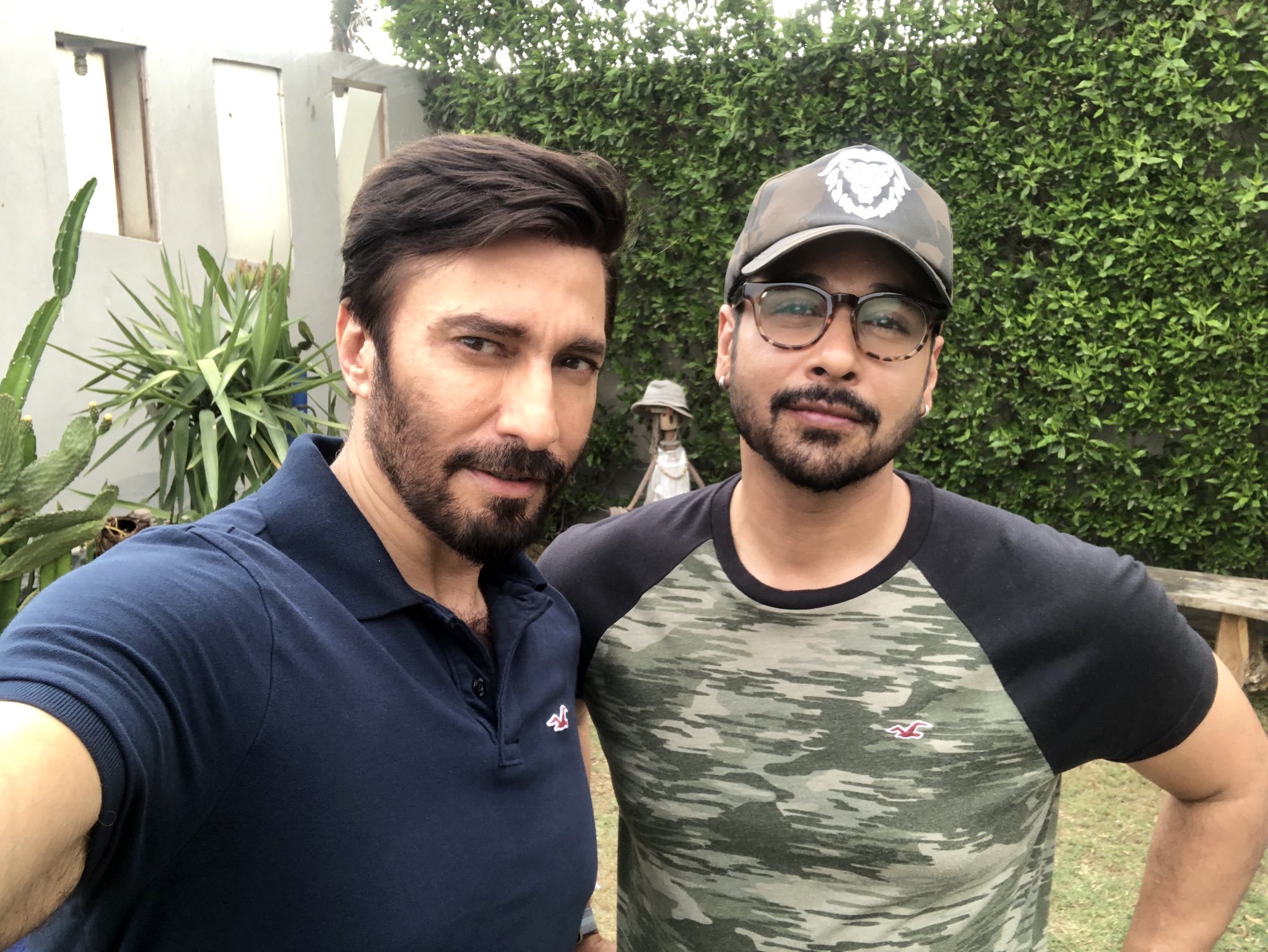 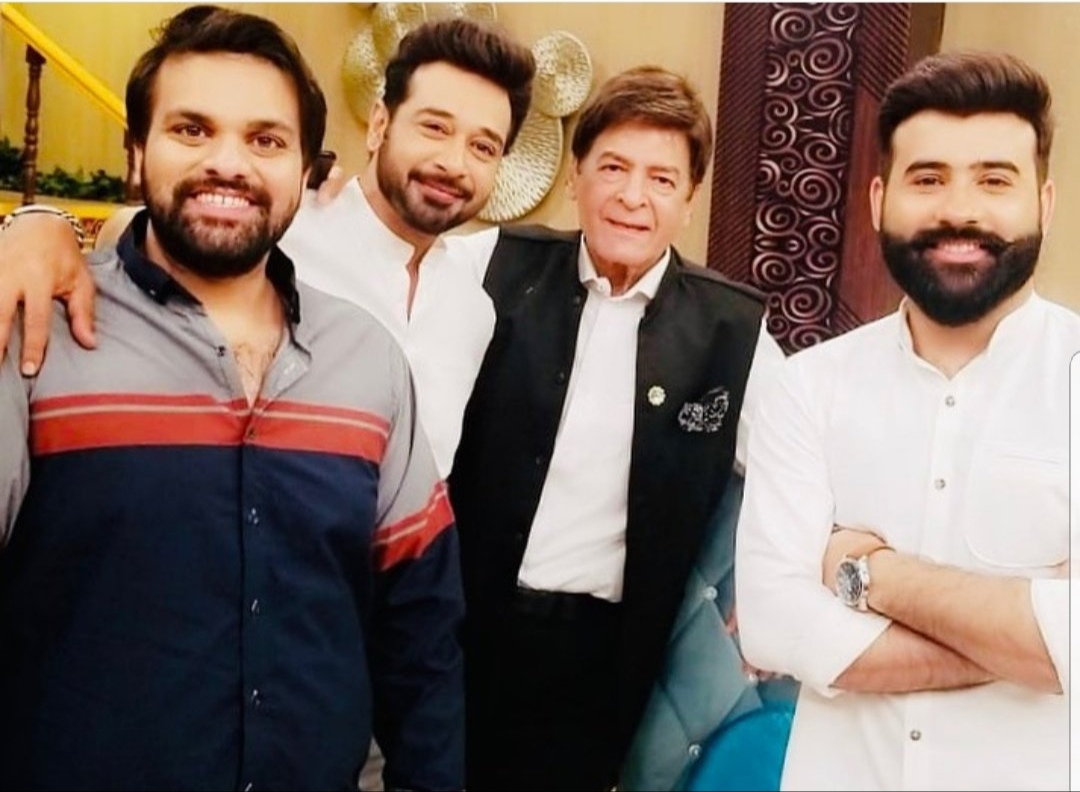