Fire erupted today in Ary network’s headquarters, Salam zindagi’s Studio and Shan e Ramzan’s studio got completely burnt. But there are no reports of casualties as per sources.

The fire has been contained and everything is under control, but due to the incident Ary’s transmission was stopped being aired temporarily till the time the studios were fixed

Salman Iqbal also tweeted in this regard

“A fire incident occurred on the sets of Ary Salam zindagi. Alhumdulilah no human loss or injury was reported (Allah ka shukar) transmission is switched off voluntarily , as we get clearance we will be back on air inshallah “.

Faysal Quraishi also tweeted about it.

” A Fire incident occured today morning at ARY Network’s Headoffice in Karachi. As a safety precaution electricity and our transmission has been shutdown temporarily.
Alhamdulillah Fire is under control now and we shall be back on air very soon..”

The fire was contained in time and the studios were vacated due to which the casualties were avoided.

Faysal Qureshi has posted the story and shown the studios after fire was contained. 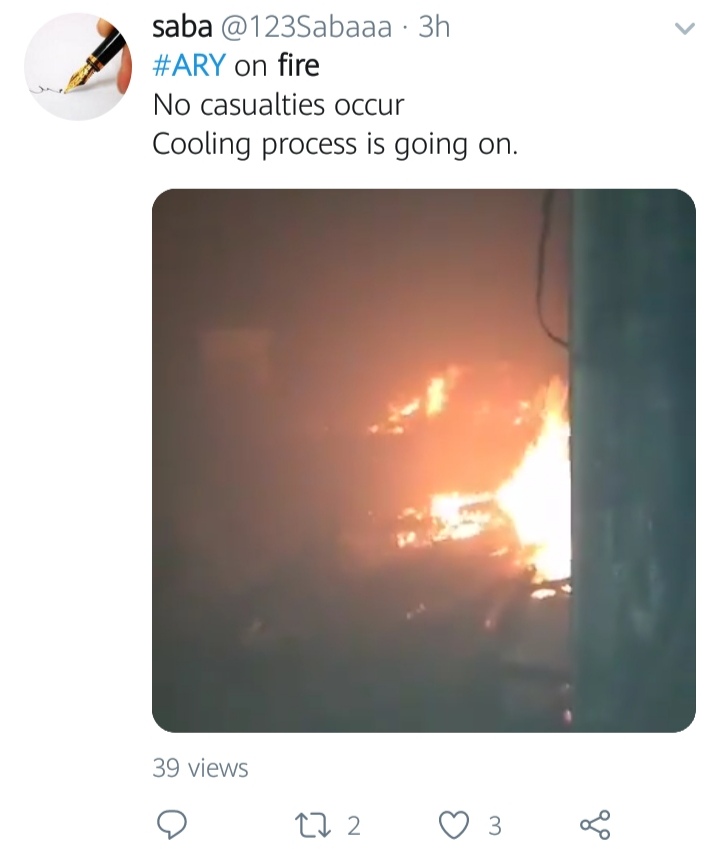 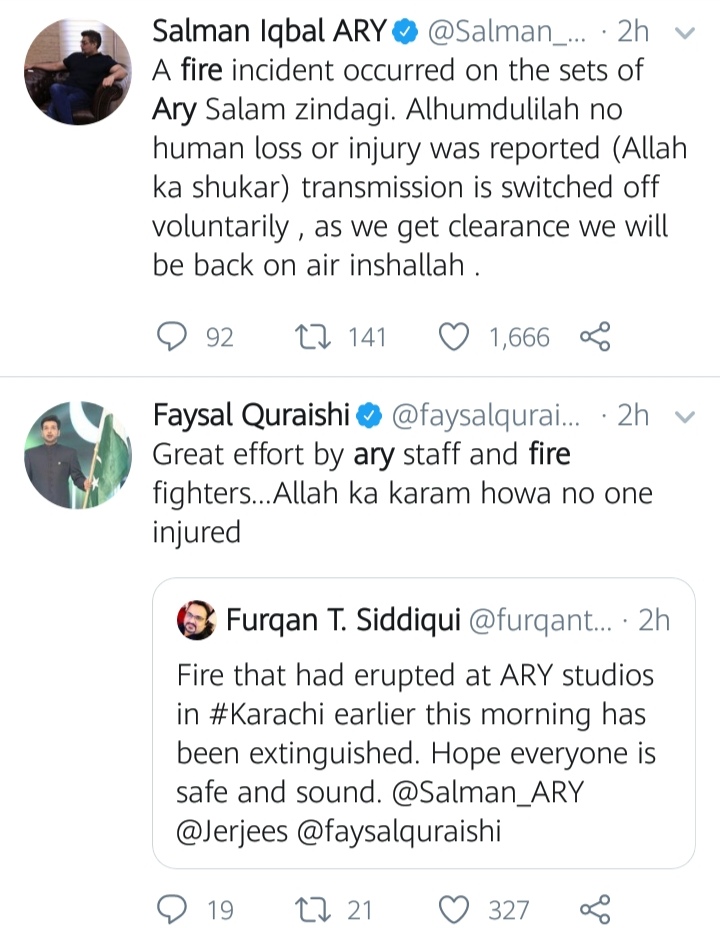 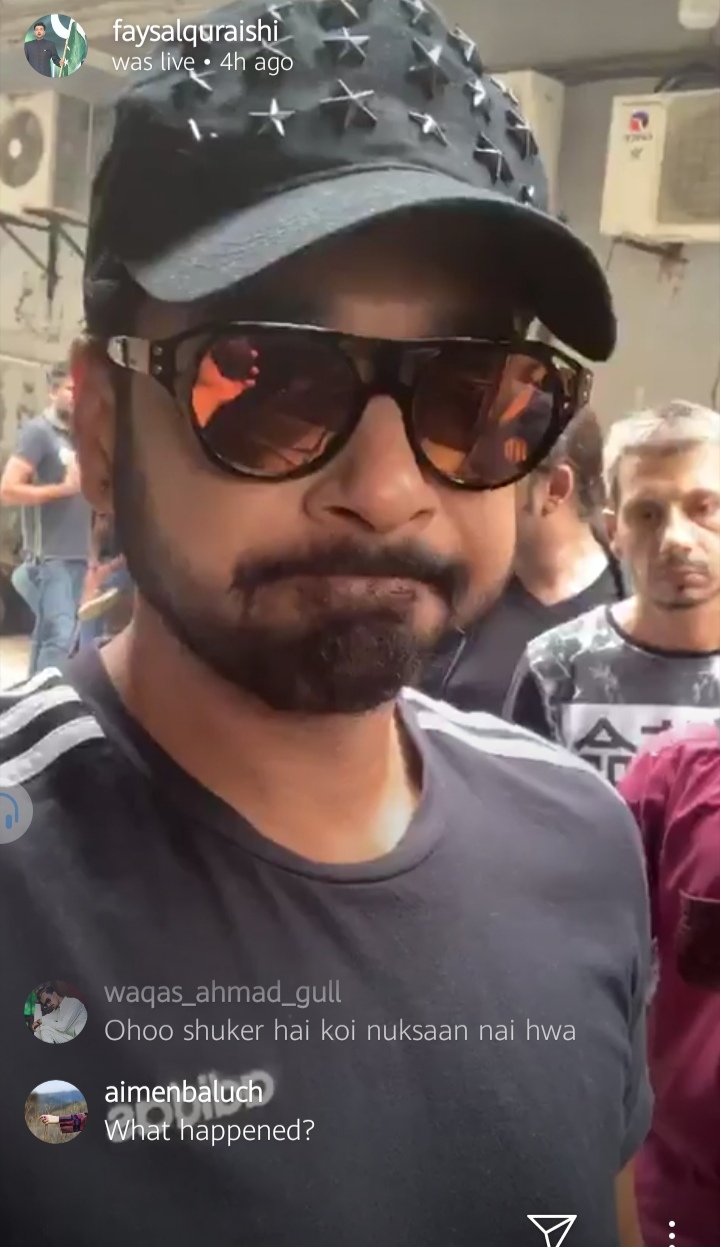