PSL is going on in full swing. Everyday we witness new instances great innings and nail-biter matches. Last night was Lahore Qalandars vs Peshawar Zalmi and Lahore did what Lahore does best: A Super Over! What however, rubbed the viewers wrong in the otherwise thrilling match was Haris Rauf’s conduct. 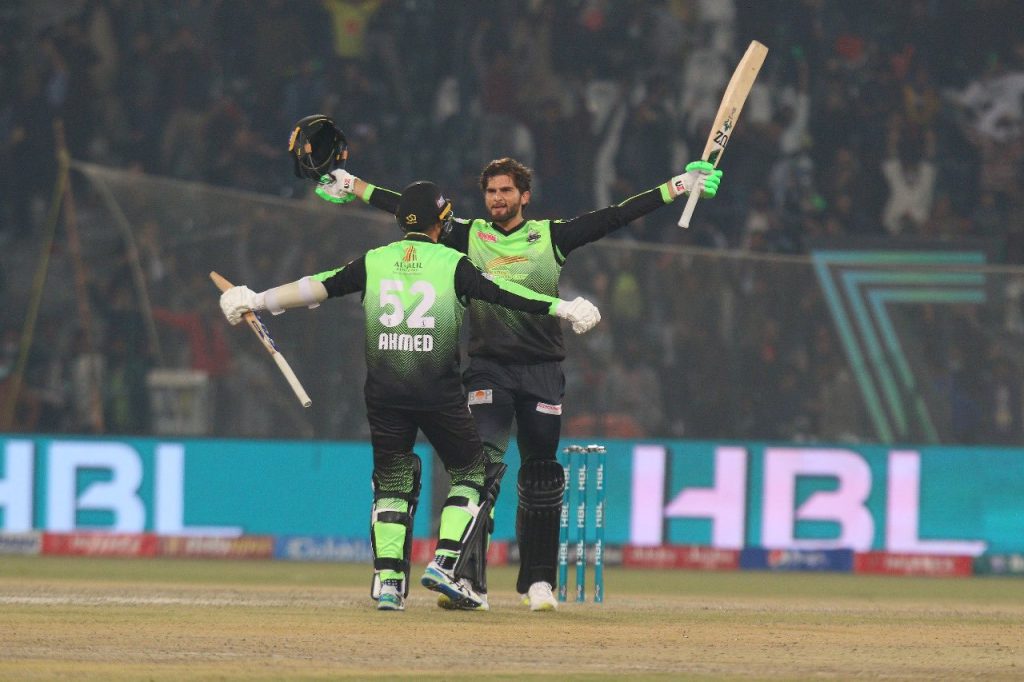 Haris Rauf slapped his fellow player Kamran Ghulam on dropping a catch. Haris Rauf was later warned by the match refree where he explained that he was not really trying to slap him.

Haris did not issue any apology or any official statement however, he did say to the match officials that it was all friendly banter. People are however, not happy with Haris Rauf and they made it known on social media: 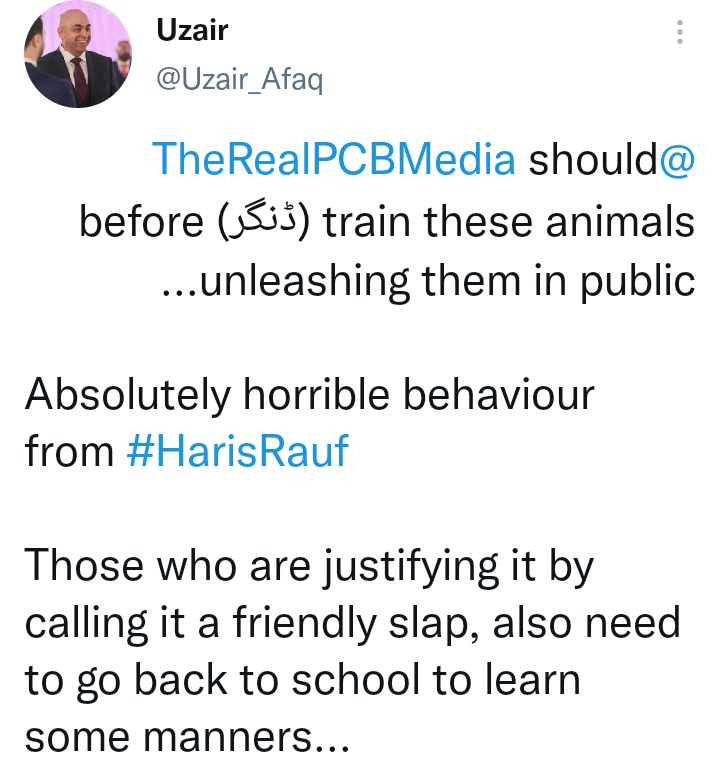 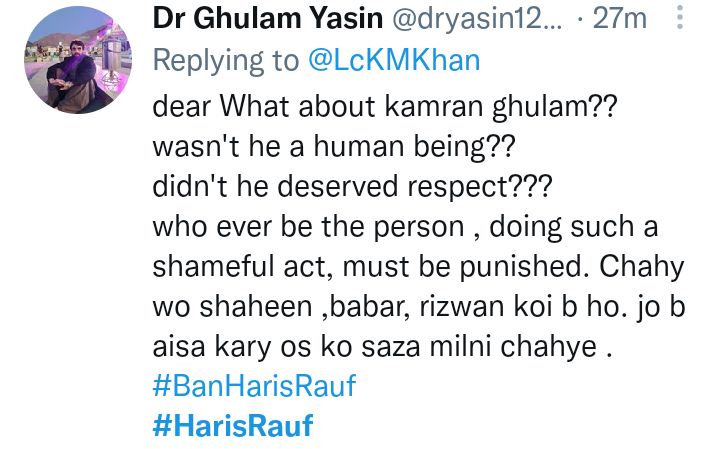 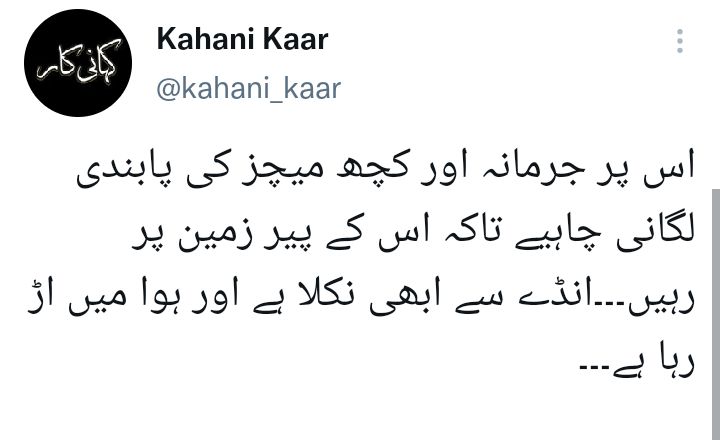 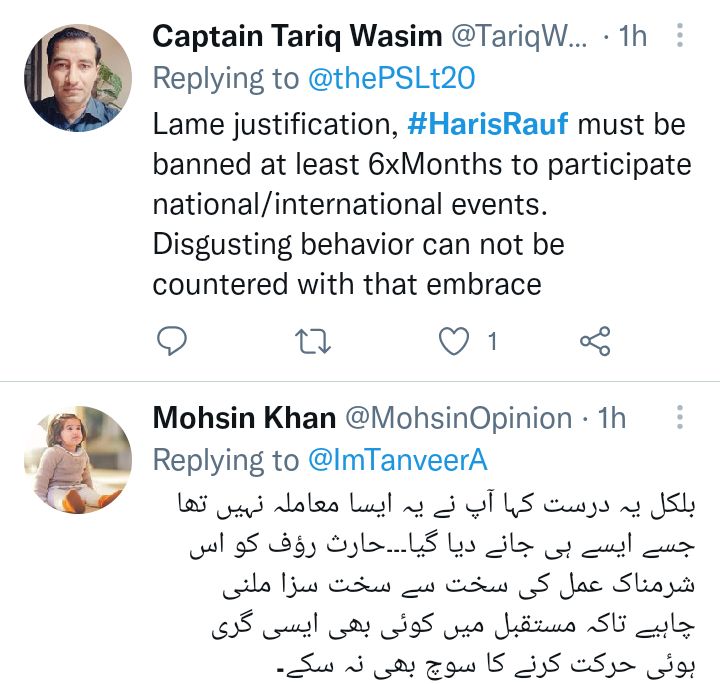 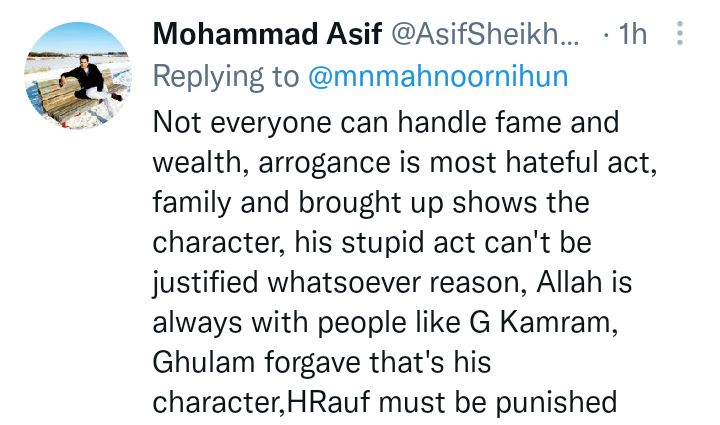 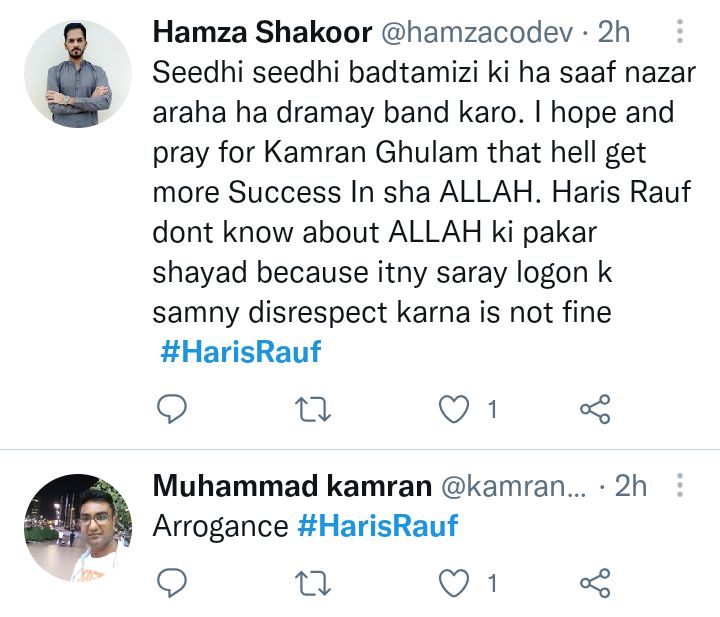 Both the players did not make a big deal out of it however and were spotted sharing banter after the match: