Khel Khel Mein is indeed one of the most anticipated movies of this year. KKM stars the most loved on-screen duo, Sajal Aly and Bilal Abbas together. Khel Khel Mein is produced by Nabeel Qureshi and Fizza Ali under the banner of Filmwala Productions. The movie is all set to be released on the 19th of November. KKM is going to be the first movie since the pandemic erupted. The promotions of the movie are in full swing. The star-studded cast of the movie is visiting venues and urging people to watch the movie in the cinema. Two songs of the movie “Zid Pe Ara” and “Naye Soch” have been released.

The movie is all set to be released on the 19th of November. Yesterday, the premier of the movie “Khel Khel Mein” happened in the capital city Islamabad. Sajal Aly, Bilal Abbas Khan, alongside all the cast, directors, and producers of the film were spotted at the premiere of the movie. Hareem Farooq was also seen there. Here were have garnered pictures from the Islamabad premier of Khel Khel Mein. Let’s have a look at the pictures: 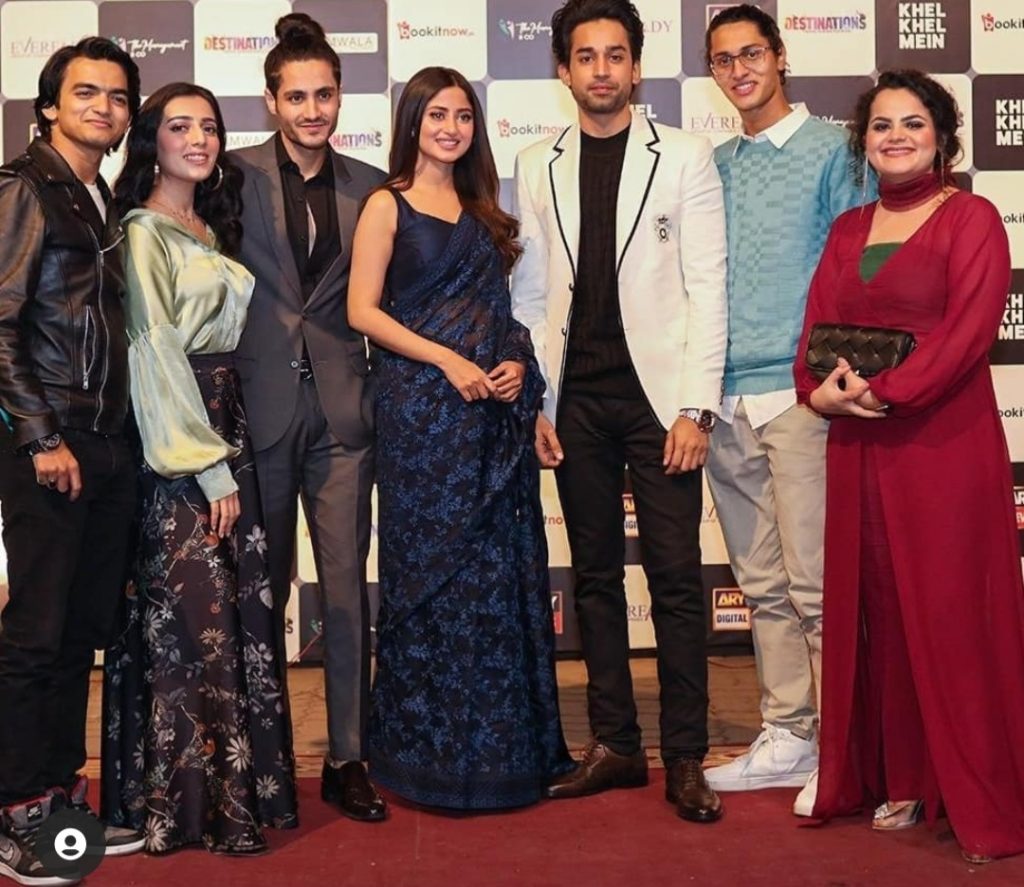 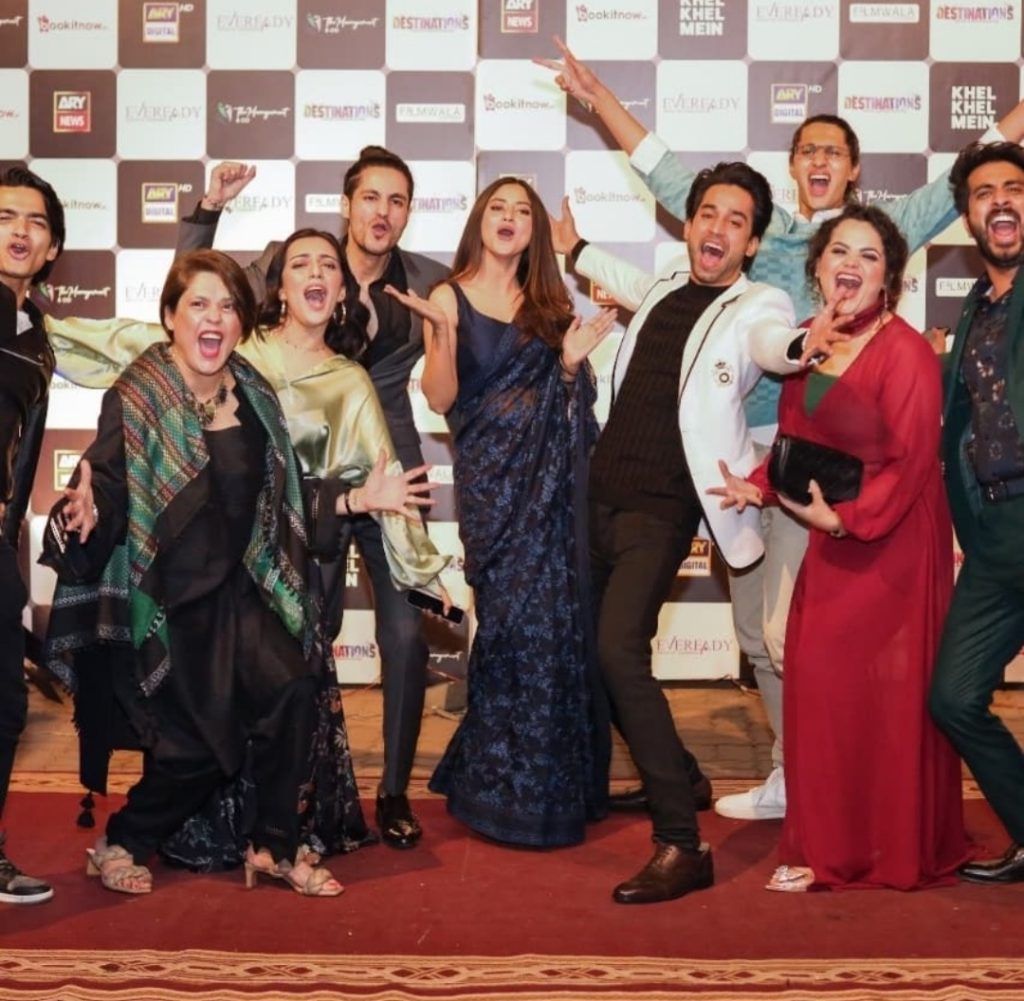 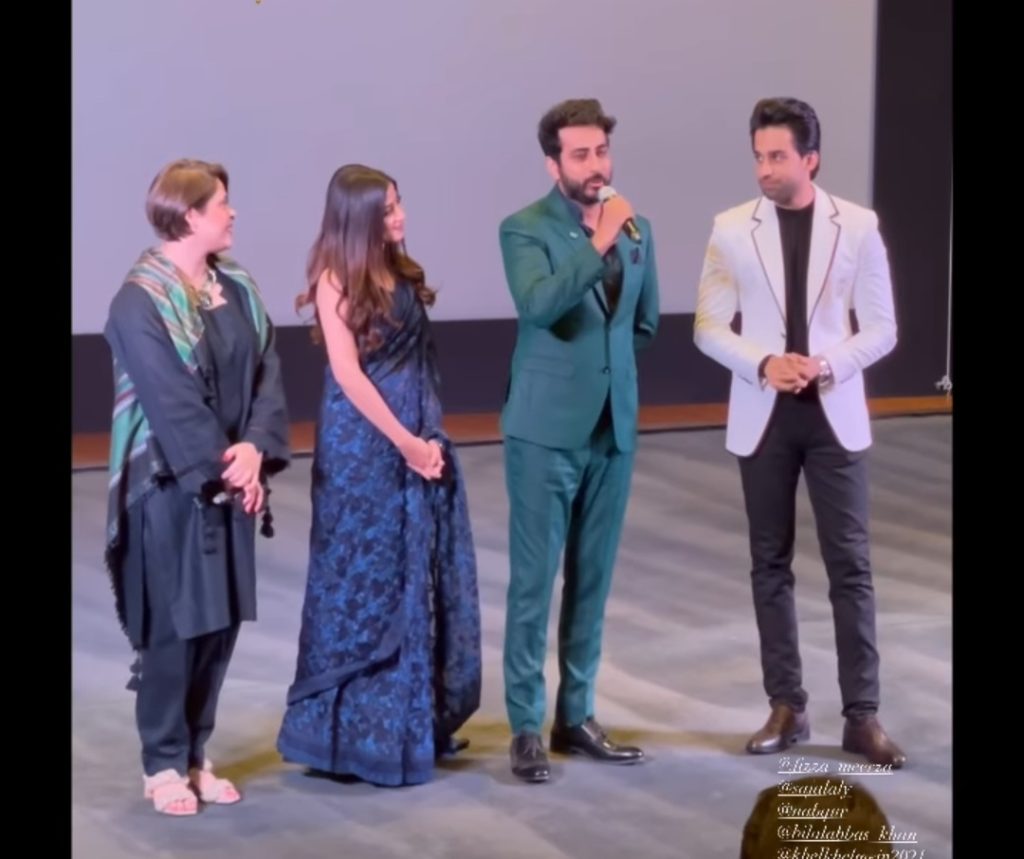 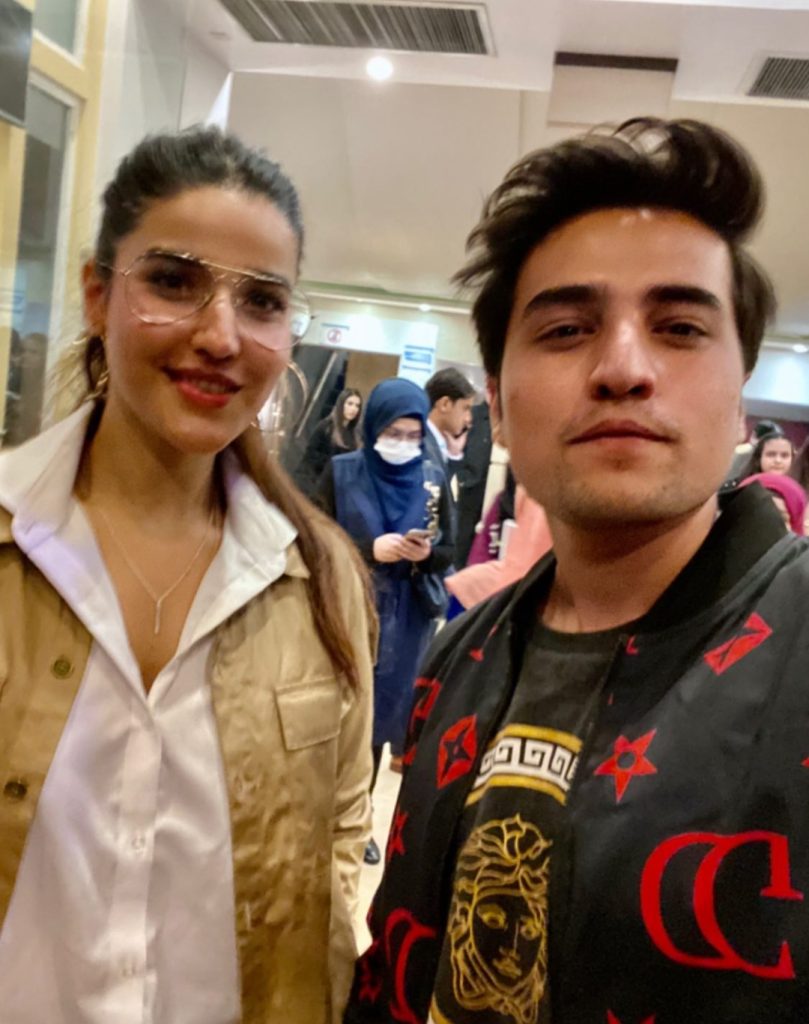 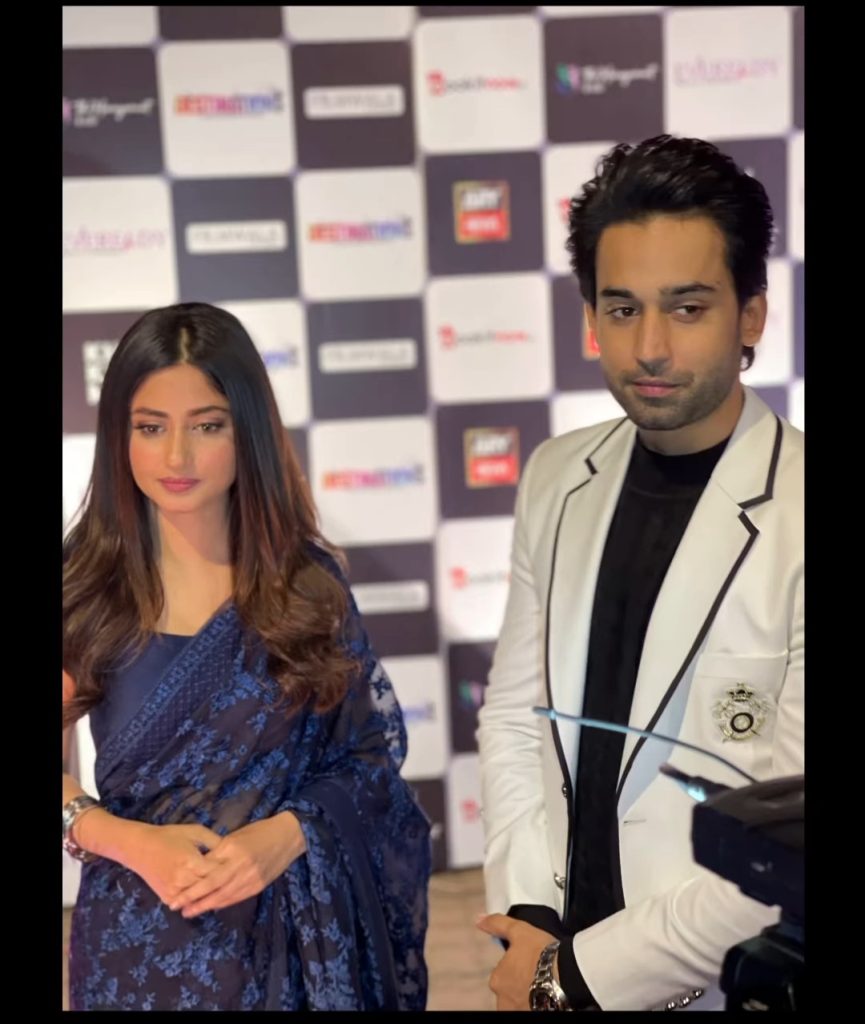 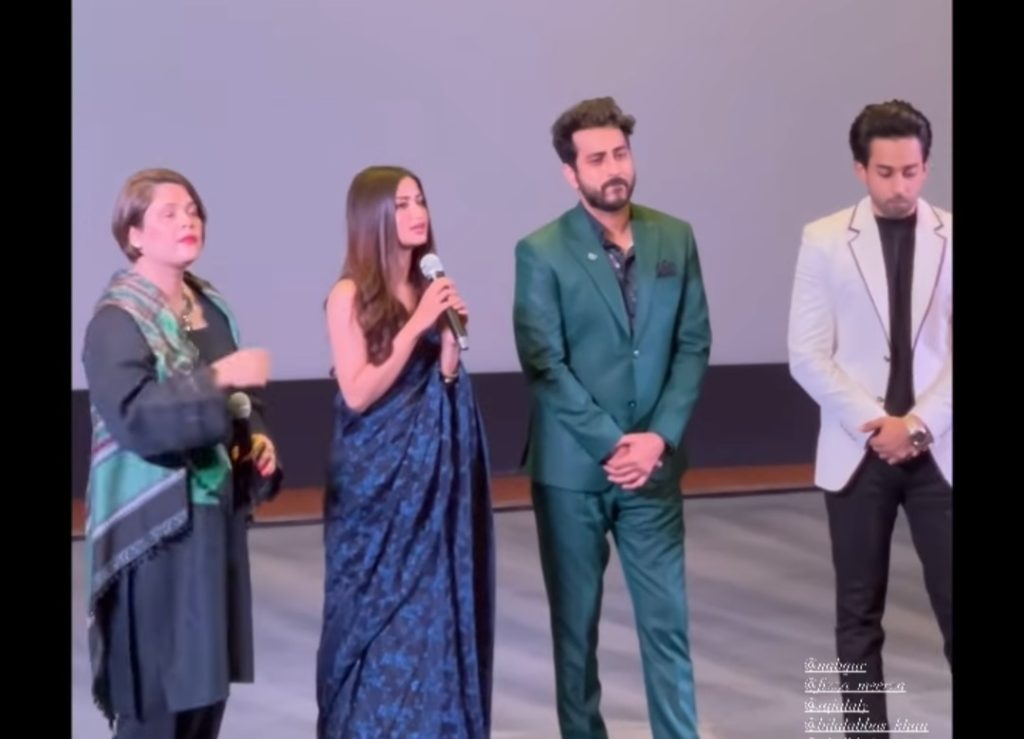 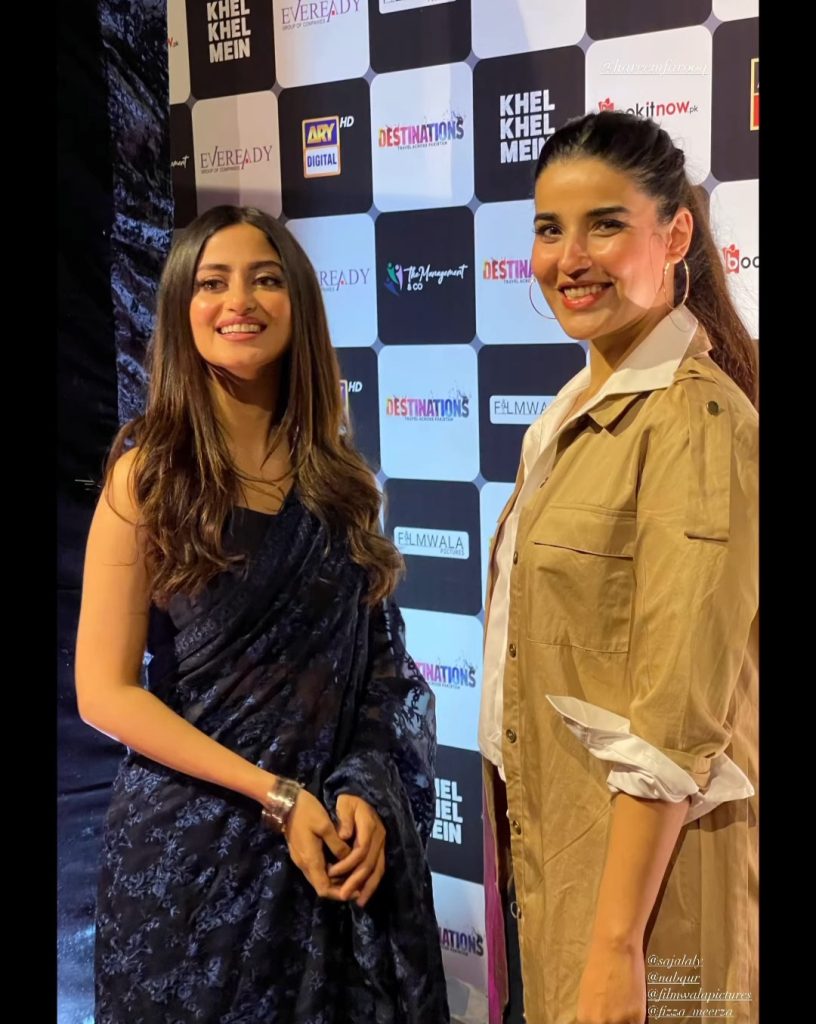 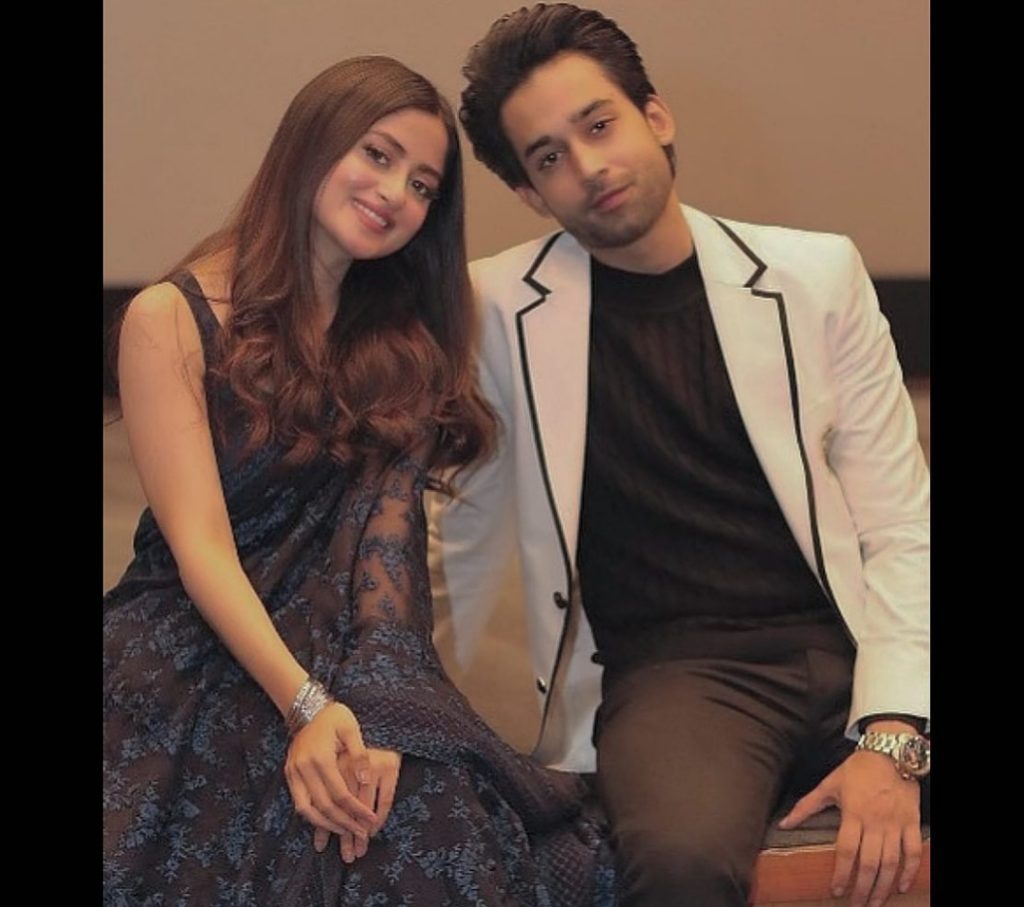 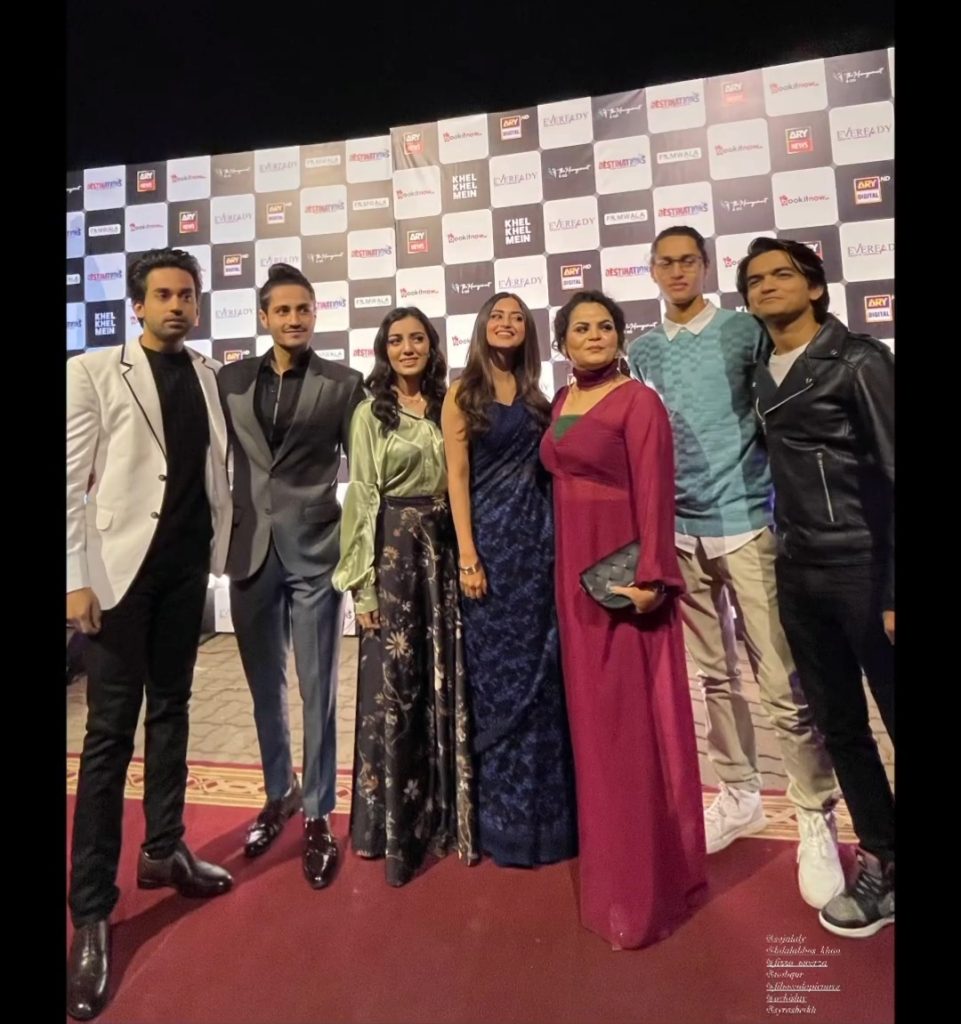 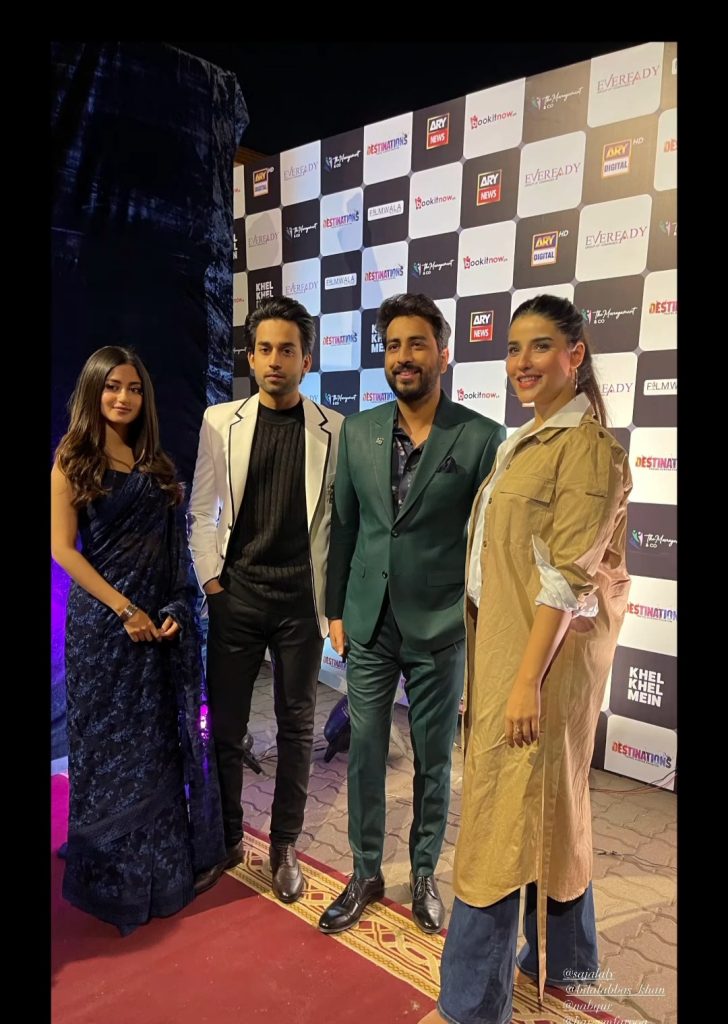 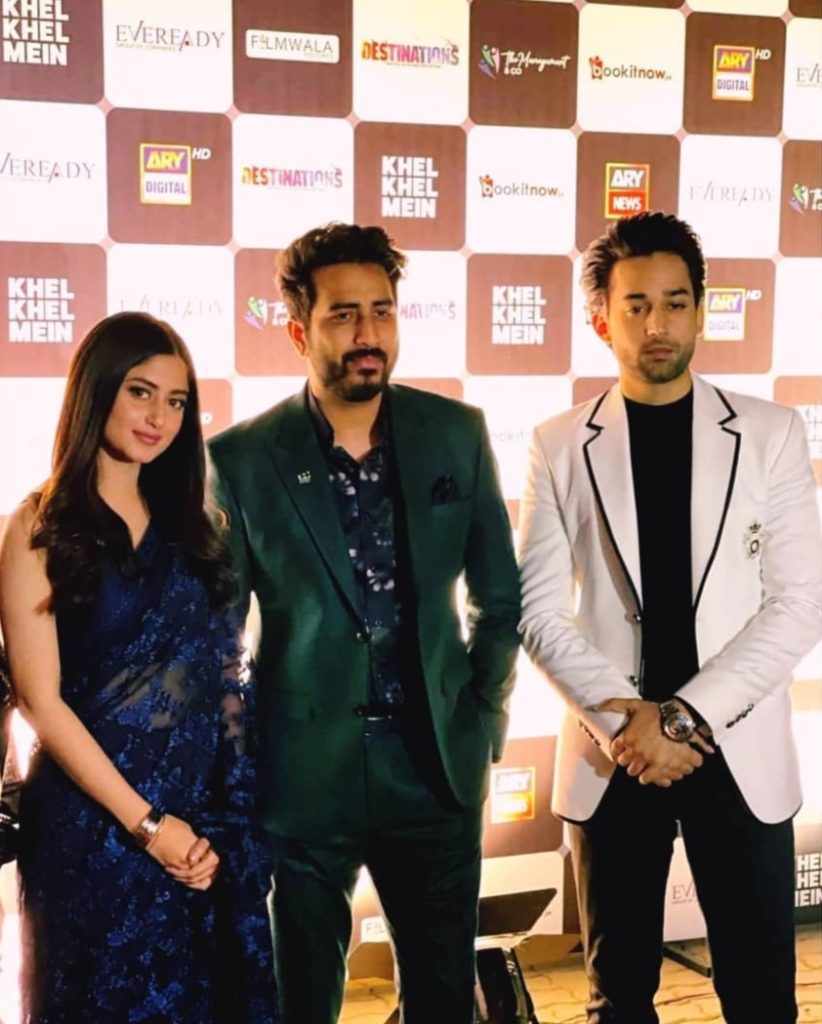